Happy Birthday to Our Favorite Guy!

August 01, 2018
Yesterday we celebrated Lee's birthday. It was not nearly as exciting or complicated as last year's surprise party which was so fun (and nerve-wracking in the hours leading up to it) but fortunately you only turn 40 once, so Mexican dinner out and homemade cake for the win this year. 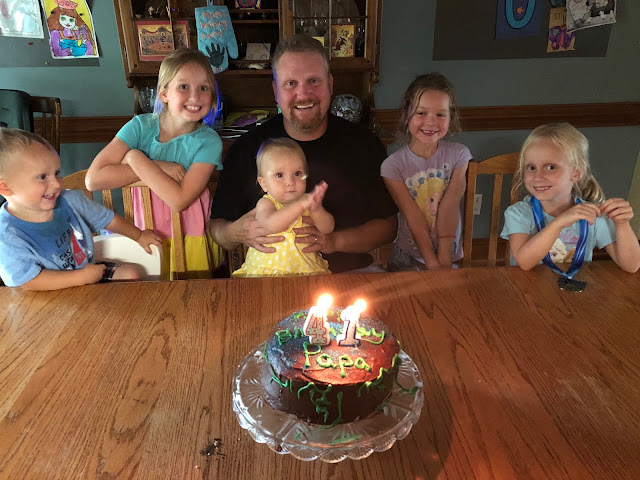 So Happy Birthday to man who makes our world go around. Who loves us so much, who cooks amazingly, who cleans afterward too, who mows the grass (and let's the kids ride along), who can fix just about anything, who loves to read, who has become quite Southern Catholic preacher, who pours hours and hours into preparing for Bibles studies, who gets up at the crack of dawn and works in the heat all day, who cheers us on in ball games, who is the most willing timer at swim meets, who helps in the carting from there to here and here to there, who is our resident foodie, who is our story reader who gets jammed between eager listeners, who never gets tired of pulling on locked car doors while I'm inside the car thinking it is hilarious, who always fills up the gas tank without complaint, who is an amazing Christ-like example in all he does. 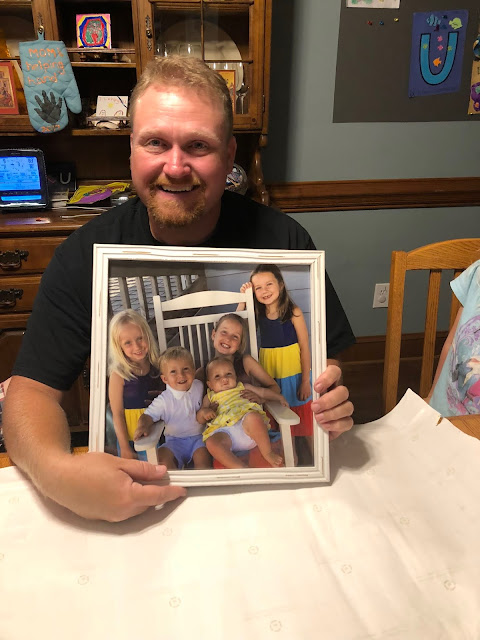 I would be remiss to leave out that it was 12 years ago, on the occasion of his birthday, our mutual friend who I was calling from Guatemala to check in and see what the latest was stateside. She let me know I should call Mr. Lee - that's what she called him - because it was his birthday. I can remember where I was when I made that call. Who knows what we talked about and anything like that and I supposed it doesn't really matter because the rest is clearly history.

He wrote a post on his blog that was way better than this so best to check that out if you are in the reading mood.