But R does. So for her (surprise) Valentine's Day outing was to Junie B. Jones the Musical. It was at the Raleigh Little Theater so... 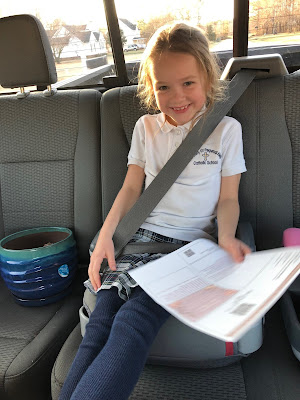 We headed to Raleigh for our dinner and show. I'm not telling where the surprise is until we go, so R was DYING to find out where she was going and it was especially exciting since she was first. 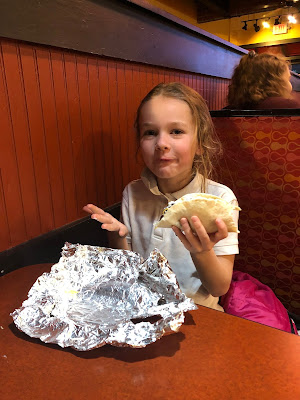 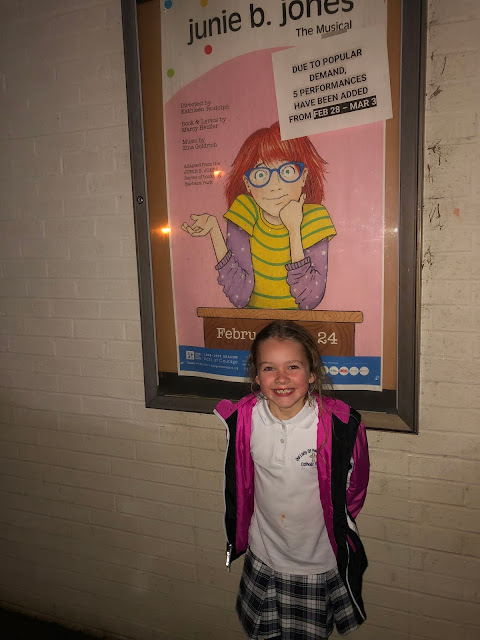 This picture basically sums up the evening. Gracious R was super excited to be there. She LOVES some Junie B. LOVES. 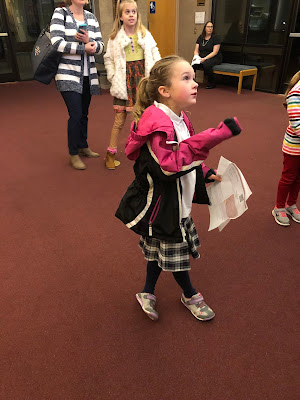 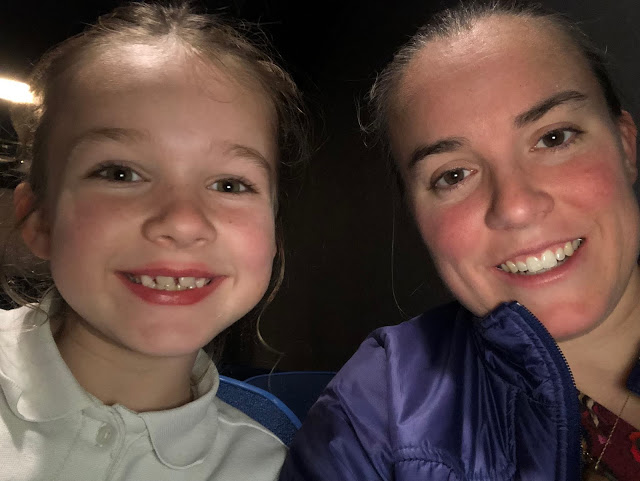 How many more minutes???? 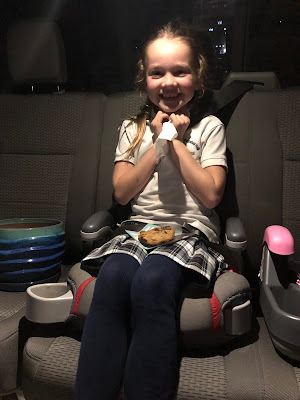 When I was getting the tickets and looking at the schedule it just so happened that after the show we went to there were cookies and milk after the show - because the lunch lady makes cookies for the first graders. Anyhow that was a super fun way to end the night.

R LOVED the show and we whispered about the characters and what books were being acted out (it is from Junie B.'s first grade year - not Kindergarten - which I was disappointed that I didn't get to hear her shout out MRS!!!!!!! throughout the show - that's what Junie B calls her K teacher.) We got home singing 'Top Secret Personal Beeswax' and sibs were most intrigued the next morning.

As for me, a self-proclaimed Junie B. Jones not-liker, because she is sassy and the books aren't grammatically correct, etc etc - the musical was a lot of fun and I could totally see getting into the books even more after the musical. It was funny and engaging and a glimpse into the world of Junie B Jones.
at February 24, 2019

Email ThisBlogThis!Share to TwitterShare to FacebookShare to Pinterest
Labels: out and about