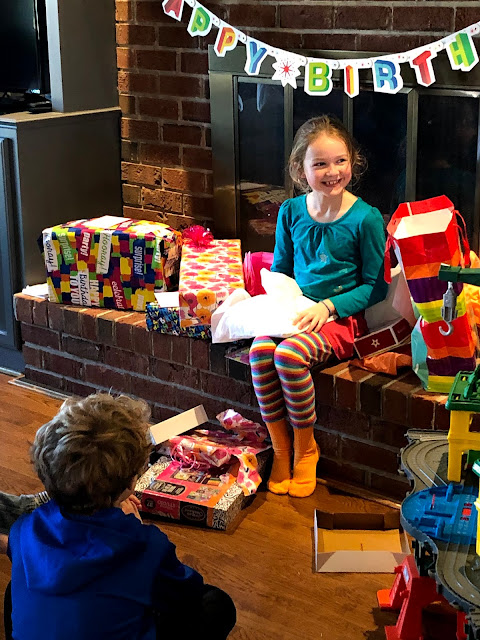 R turned eight the other day. We had her party over the weekend. She requested spaghetti and meatballs - which was a crowd pleaser! She chose to invite her friend from preschool even though they aren't in school together anymore because she said - they're still best friends. 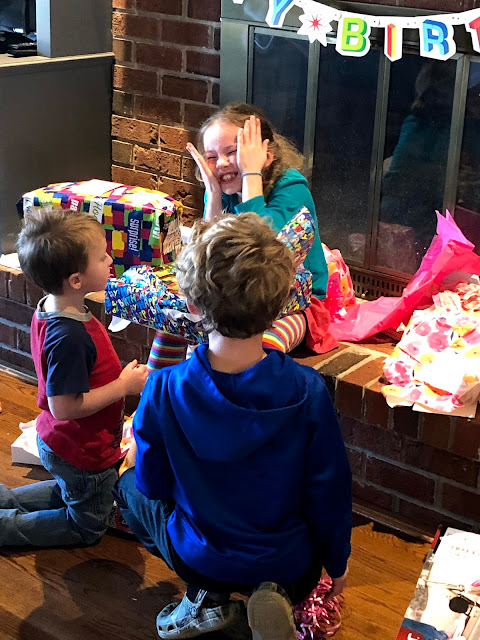 She doesn't love being the center of attention : )

So we ate and R opened her presents - Legos, American Girl stuff, Barbie stuff, a scooter, an art project and an art kit! - all everything she really really likes. 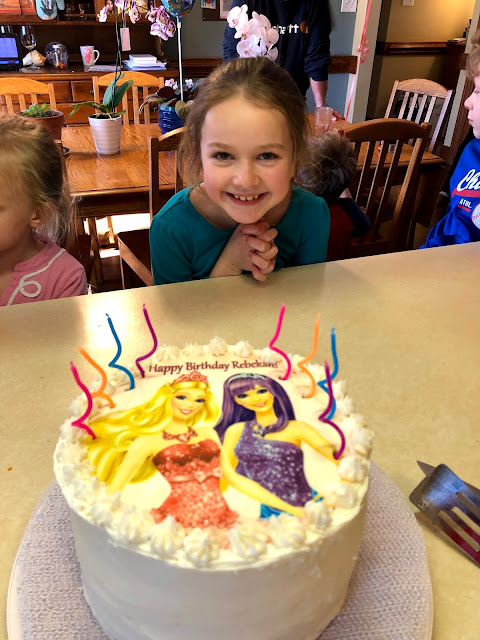 Then it was time for birthday cake (made by Grammy) 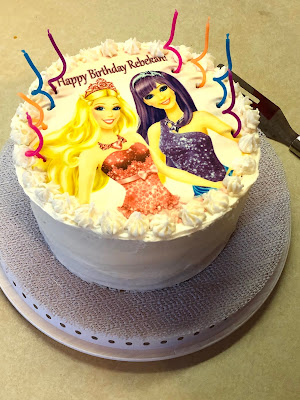 On her actual birthday R requested waffles for breakfast - another crowd pleaser! 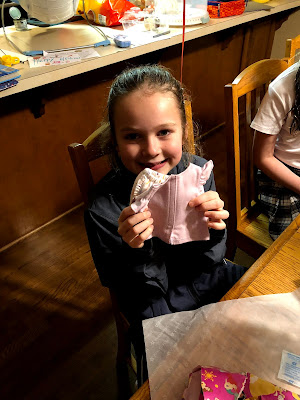