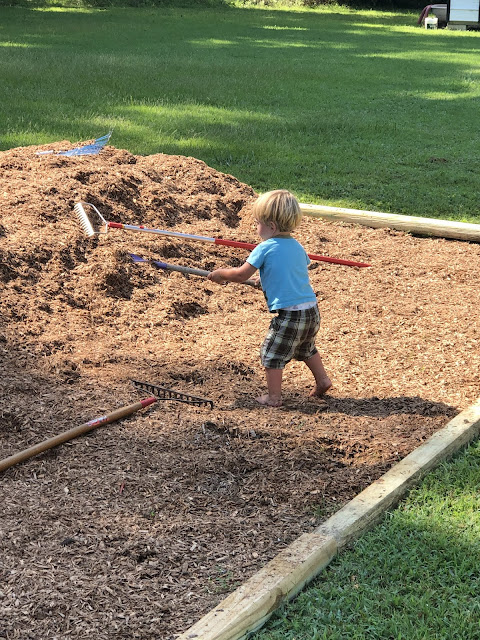 J always ready to lend a hand
We are starting to navigate the fall schedule waters this week with activities for five kids. It’s not that there are a variety of activities well there are but several are consolidated and involve more than one kid which helps - in our minds - justify the activity. Plus I’m not ready to let anything go - yet. I like what we do and we think they are important different skills and activities. We don’t play 25 sports - which is fine for some people - we just like to expose our kids to a variety of different things so here goes.
Soccer - the activity that involves five kids. After last springs nixing of soccer 4 out of 5 Kibbes were ready to return to the pitch. There’s one hold out who would rather stay exclusively in the pool but I’ve convinced her some cross training would help the swimming cause. I’m coaching again and while it takes a major team effort so that H isn’t a total wreck - I love it. I really do enjoy it. When Lady C is laid out on the field saying she’s not doing it I may not love it as much but it’s great. The girls on Rs team didn’t want to stop scrimmaging even though the parents - me included - were saying it was time to call it. So fun. Ask me how we will get though five games on Saturdays - I don’t know. Like I tell the kids, I haven’t thought past dinner tonight. Which isn’t 100% accurate but basically means don’t worry about it we will get through it somehow
Swimming - the four bigs swim. A squeaked in at the beginning but I think he’s made big strides in several weeks. Meets are optional and we will go to ones that fit around soccer and other things. Sometimes C, J, H and me will go to the park or we'll do Target pick up or ride home to pass the time.
AHG/Trail Life - Another big four activity. A's been talking about Trail Life for months. He is convinced he and Papa are going camping ASAP (insert many laughs because Papa and a tent have never mixed soooo... its going to be a steep learning curve). The girls like AHG and they have some cool badges they are working on this year.
Choir - My parents made me do something musical growing up so that's happening with our kids for the moment - except I don't have to force it. I was never much into piano but band was a step up in middle and high school. E and R are taking voice lessons. E is in the local children's choir and R is hoping to get the nod in a few months.
We will see how the fall goes with activities and will make adjustments as needed. Right now we are still wading through the first week of everything. We just got the soccer game schedule this week so it's going to be action packed for a month or so.
at September 17, 2021