We had a blast at the beach this year with my family. The big girls were really hoping that Papa would make it down but with the renovation coming to a fast and furious close and work being crazier than ever - it wasn't in the cards. 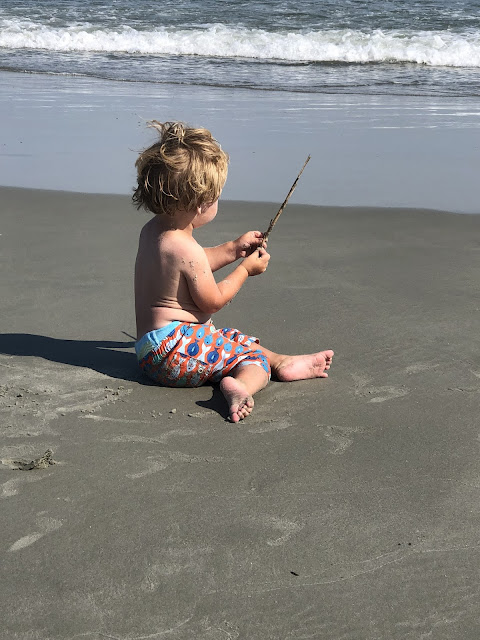 My stick loving guy
We got down to the beach not long after lunch on Sunday. J was excited but then terrified of the waves. He'd walk up to the wet sand and as soon as a wave would come he would start to scream and run away. A group of people we were close to was getting a kick out of watching him. Eventually he did warm up to the waves. 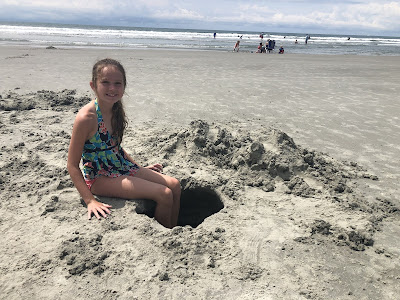 R was still in a sling after breaking her arm but I let her take it off on the beach - she had to wear it when boogey boarding. She did some good digging despite not having her dominant arm to use and once she got the hang of boarding with one arm - she couldn't be kept out of the water. 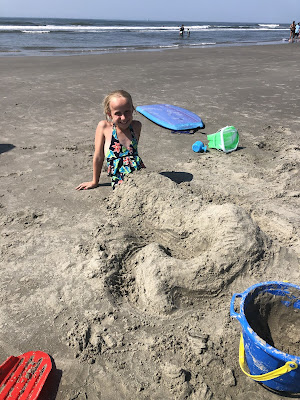 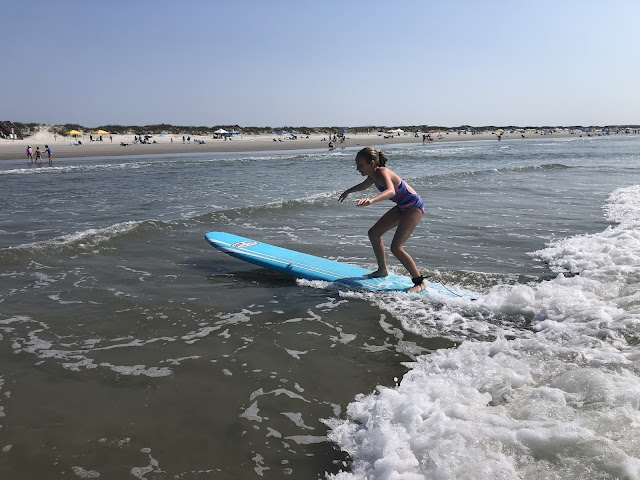 Uncle Kev helped E get up on the board to surf 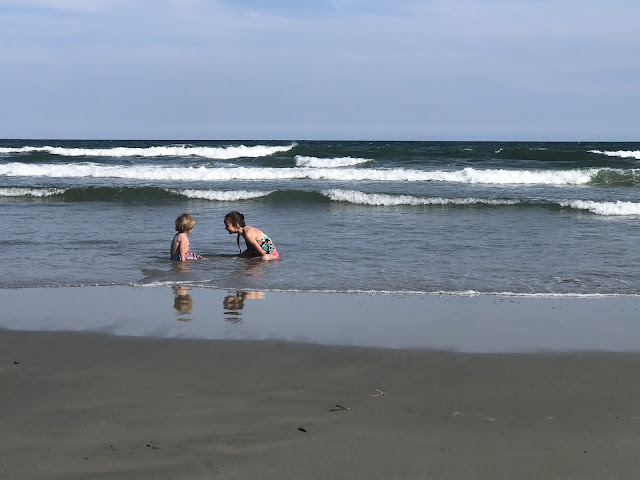 There were raucous mornings, quiet moments, and late afternoons on the beach. 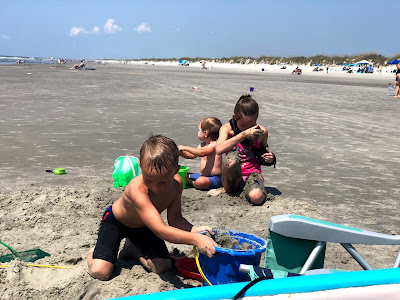 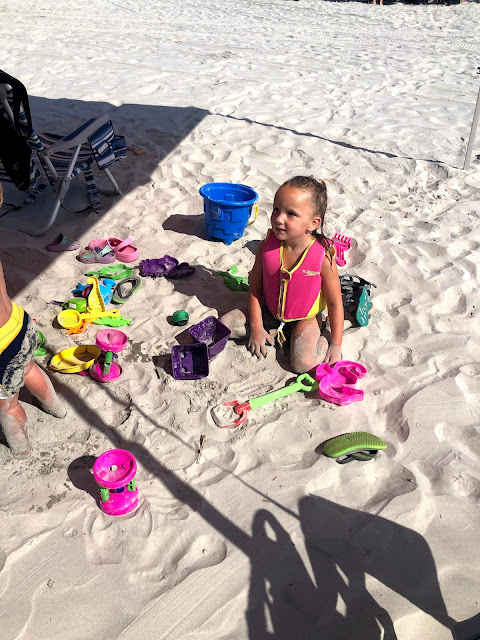 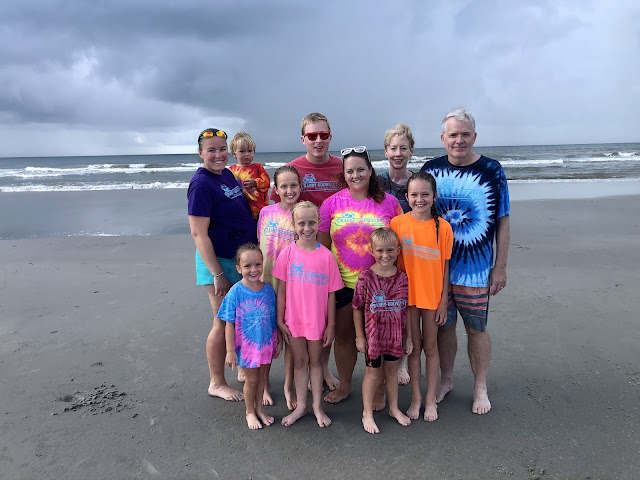 The 2021 Crabby pic which will feature TWO babies next year. Uncle Kev and Aunt Nicole had the big girls silly string Uncle Kev with PINK announcing a girl McV cousin. Insert all the EXCITEMENT! Say a prayer for that cousin because she decided to come early. 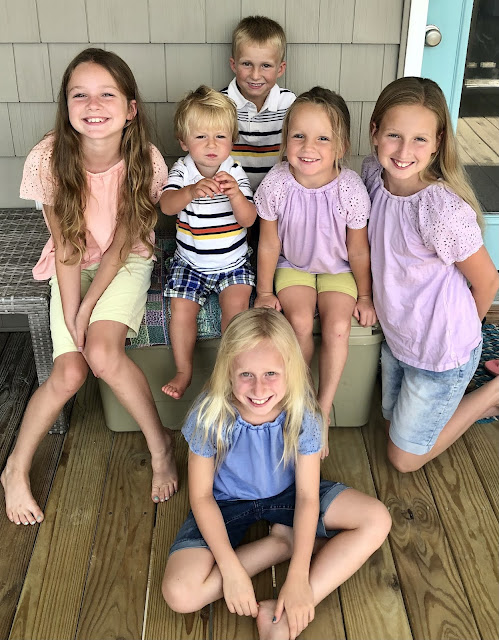 We took Papa's bday pic - maybe next year I'll have my stuff together in time to get the frame here on time. 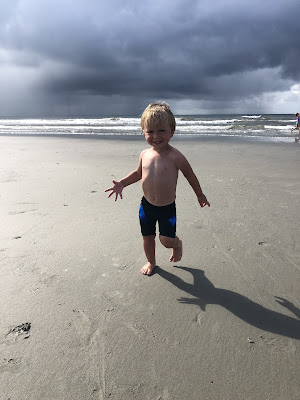 The jammers are so easy for swim diapers for baby boys plus they are insanely cute! 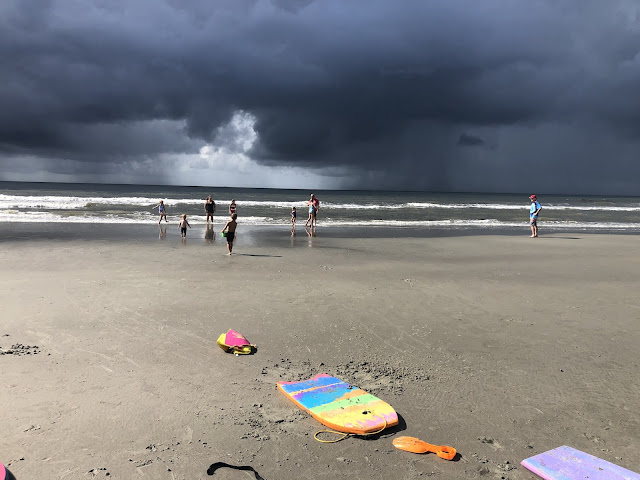 I took this on the morning of the day we left. Oddly enough it didn't rain that much despite the sky. We left a day early because I didn't want to drive home in the rain - there was a tropical storm that rolled through. Overall there were lots of fun memories made.
at September 05, 2021

Email ThisBlogThis!Share to TwitterShare to FacebookShare to Pinterest
Labels: vacation