Summer came to a quick close - now more than a month ago. Our sitter's last day was a few days after H was born so we had a few piecemeal weeks of sitters and then we had some sniffles which we didn't want to pass to people before the new school year so I ended up staying home more than I anticipated - which was fine. I just find that my office with 4 other adults tends to be more peaceful than a raucous house full of kids. 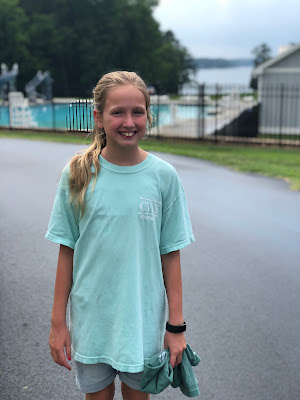 E went to another week of her favorite place on the planet. She had a blast and had a cabin full of 6th graders so they stayed up later and they really had a great time with their councilor. She might have to start working next summer to help pay for all the camps she's got on her mind. 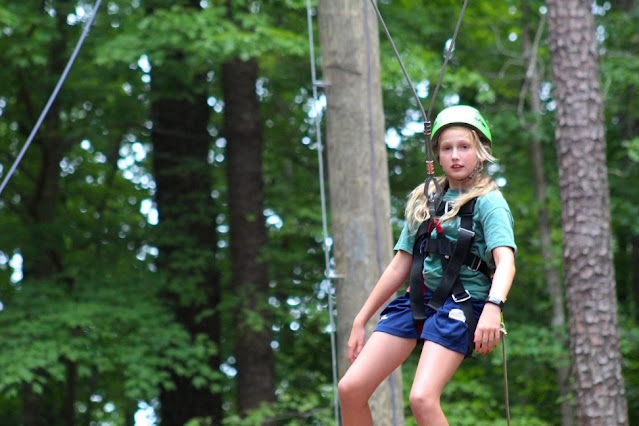 A shot from camp. 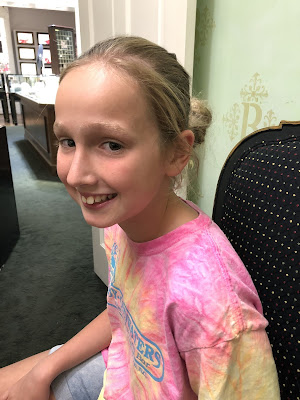 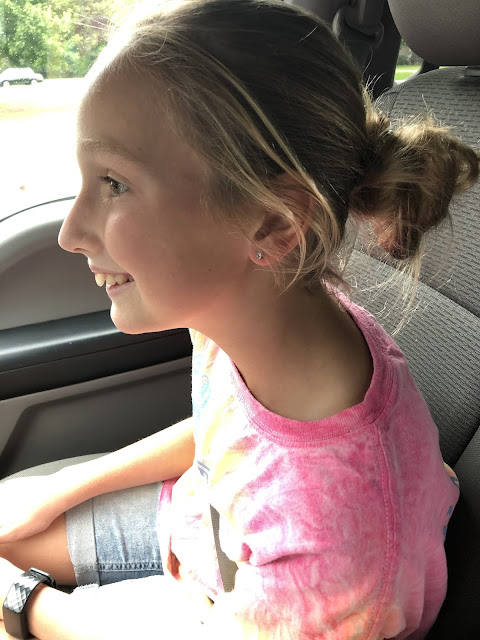 She's been asking for a while to get her ears pierced and I finally said yes. E was thrilled. I'm basically in the dark on all things earrings because I don't have mine pierced. I see lots of accessorizing in the future. 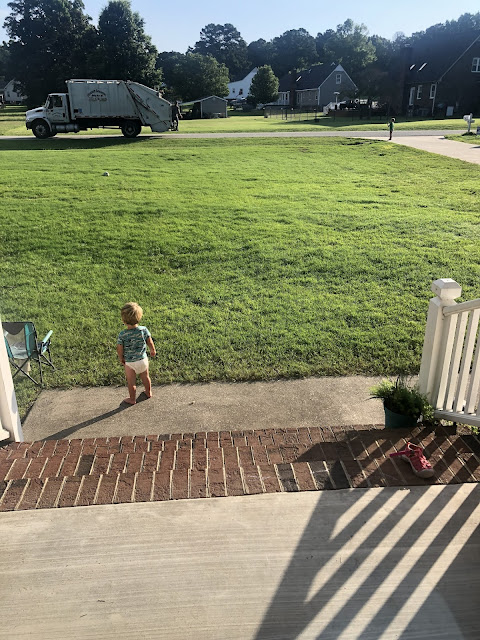 Having the trash truck honk on Thursdays is a staple around here. A was even hoisted into the drivers seat one week so he could honk the truck. It is such a thrill! 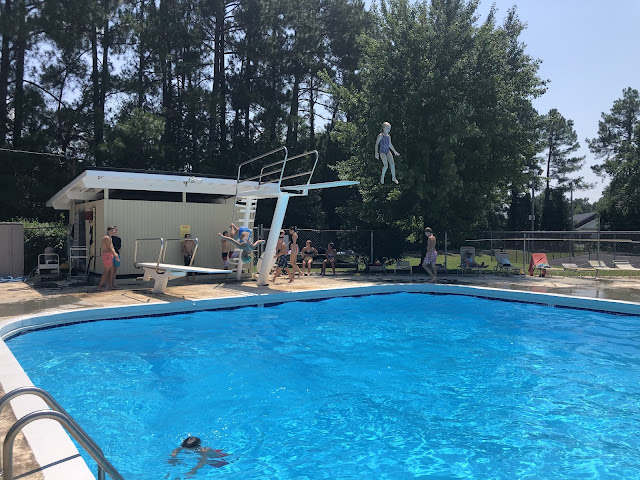 We had some fun pool days. M's friend tried to teach her out to flip (seen on the shorter board) but she never quite figured it out. 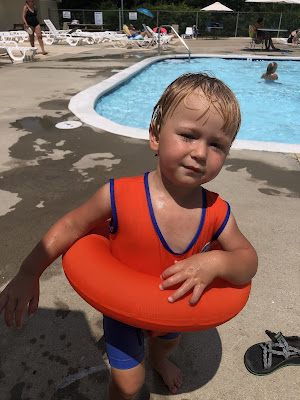 J definitely warmed up to the water and I see swim lessons in the next summer's plan for him. 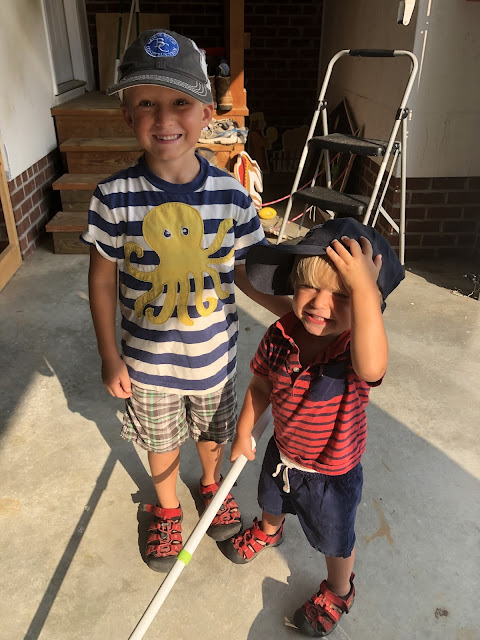 The brothers - in the matching shoes - and Js shoes are remain MIA. Maybe we will find them buried in the sandbox but for the moment the $10 reward for finding them has not brought them about. 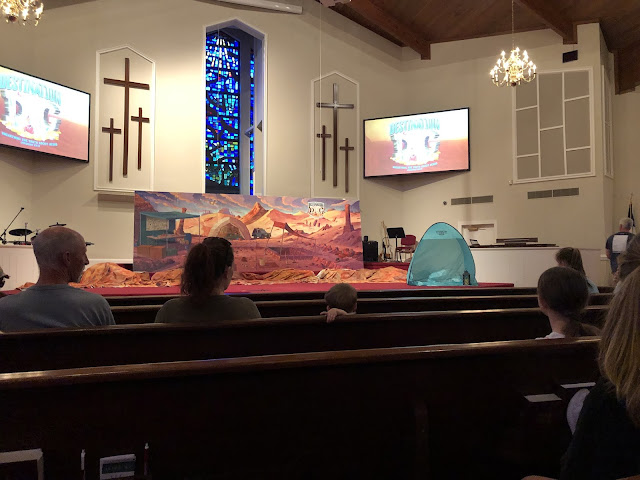 The kids went to VBS at a friend's church. They had a blast and are caught still singing the songs. 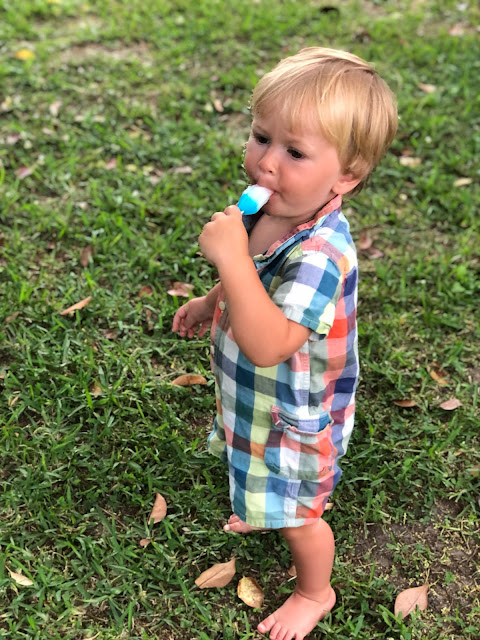 J has master the art of summer popsicle eating. 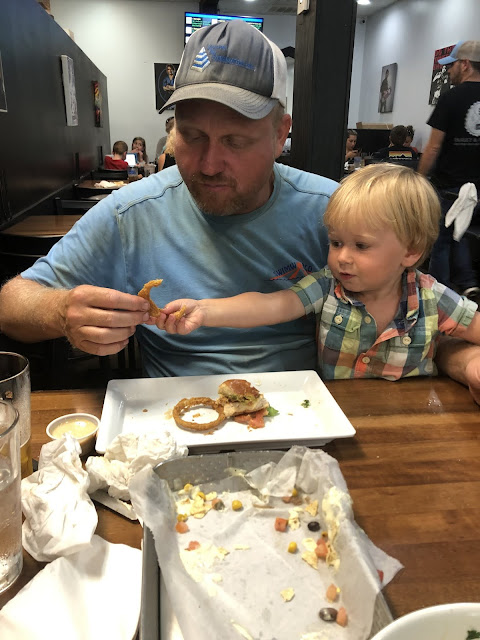 While the big 5 were at VBS, Lee and I and J went to dinner before the last day program. It might have been one of the only out-of-house dinner dates we've had this summer - we've had some in house. J behaved and always ends up in Papa's lap - which I adore watching them. 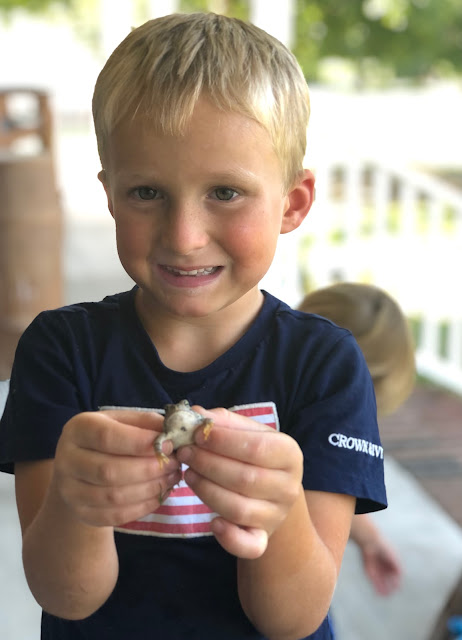 A and his cohort caught a frog one afternoon. He made a case to keep it because we have a turtle BUT we nixed poor frog and let him go. 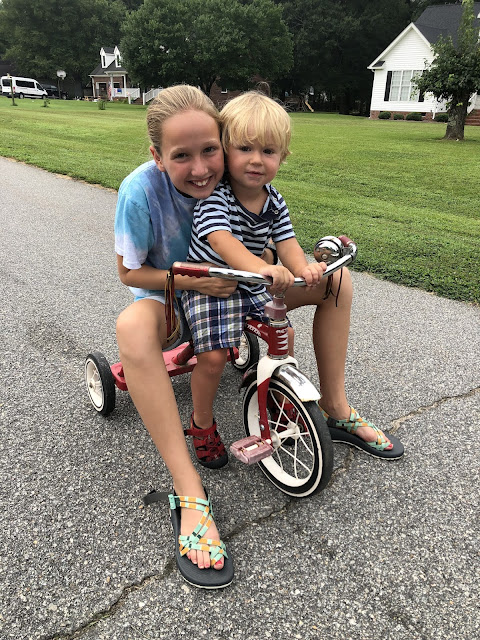 While I walked the street with H and kids would spend some time outside doing a number of things. E included. 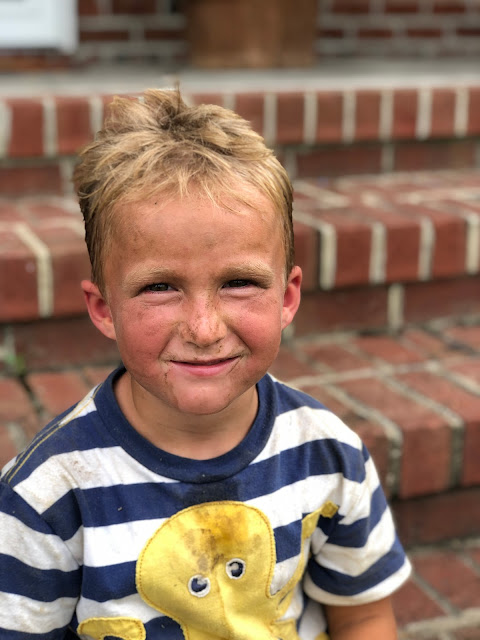 One day A woke up and shot outside. I'm pretty sure he spent all of 12 hours basking in outdoor glory. Biking, digging, all the things. 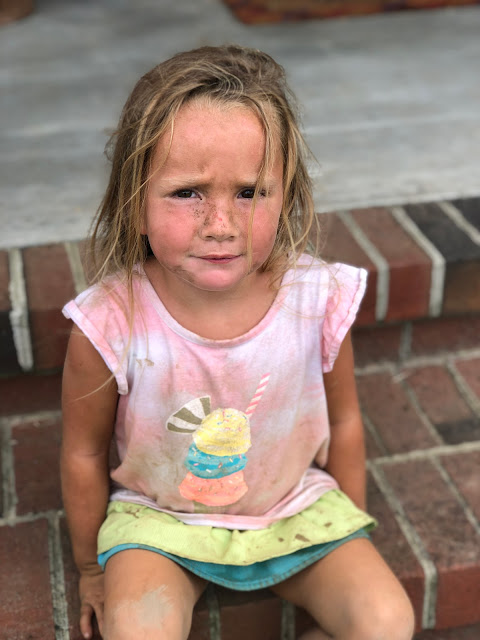 He and his partner in crime has a secret hideout at the end of the street. At one point in the afternoon I went looking for them and found them a rows deep in the tobacco field. They came out a sticky dusty mess but that didn't stop them from staying outside for a few more hours. I think Papa was in charge of showers that night! 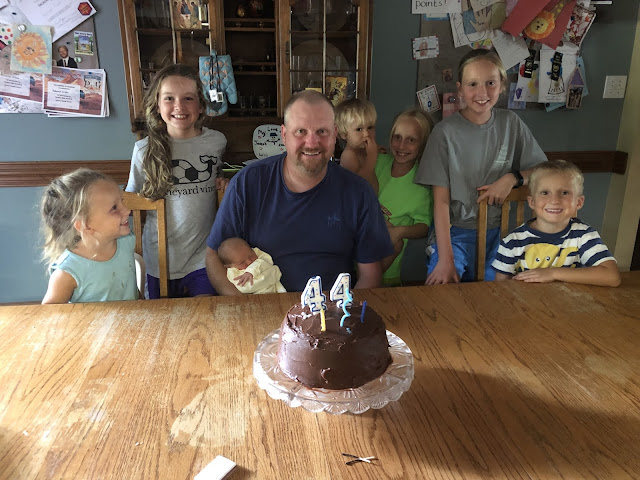 Speaking of Papa... we celebrated his bday a few days after H's. We were going to order from a restaurant but they changed locations and hadn't opened yet so that was a bummer but E's cake made up for it.
With everyone back in school now, summer seems like it was a lifetime ago but I think some fun times were had and memories made.
at September 17, 2021

Email ThisBlogThis!Share to TwitterShare to FacebookShare to Pinterest
Labels: camper, outside with the kiddos, summer