We are still here... Papa pulled us through this week

It has been ages since I posted and I had good intentions of posting earlier in the week but here's the low down. I left Sunday afternoon for a one day work trip (NEVER traveling in March again because its too close to pool season). All was well. Jibbe was having dinner with everyone Sunday. Grammy was picking up from school Monday and holding it down until Papa got home from work.

Best laid plans I tell you...

10:45 Sunday night... Awake to call from Lee announcing R has thrown up not once but twice.

{Insert completely miserable Mama because she's not their for her bebe who is probably crying for her. Y'all it was rough knowing she was sick and I couldn't be there for her}

I start trying to devise a plan to come home early but ultimately that doesn't happen.

Jibbe comes to rescue with Gatorade and soup (and eventually catches what is going around).

M and Papa are spared from the stomach virus.

I roll in 30 minutes past midnight because the one flight that would get me home 2 hrs earlier is overbooked : (

Tuesday the girls stayed home from school - just to be safe even though they are bouncing of the walls.

Wednesday is Annunciation which is when we celebrate 9 months until Christmas! Gabriel telling Mary she will be the Mother of God. We went to Liturgy in Cary which was TOTALLY Papa's call (so I claim no responsibility) and we snuck into Panera for dinner at 8:45, yes that would be 15 minutes until closing. Again, not my call : )

I'm not feeling so hot on the ride back and fortunately make it home only to discover I'm the next victim of the stomach bug : (

Wednesday night and Thursday was a blur. Fortunately Lee did not have to work Thursday afternoon because it was raining!

Friday was one of those TGIF days... We seriously debated going to Fish Fry and Stations because I was exhausted and well we had a wild week. But it was the last one and E was super emotional about wanting to go so we offered it up and went.

So that's my story as to why the blog has been totally neglected so enjoy some older stuff...

The girls and I took to a solo shopping trip which we survived. Only to find out there is not actually a third seat in the cart so M was stuck sitting in the basket : ) 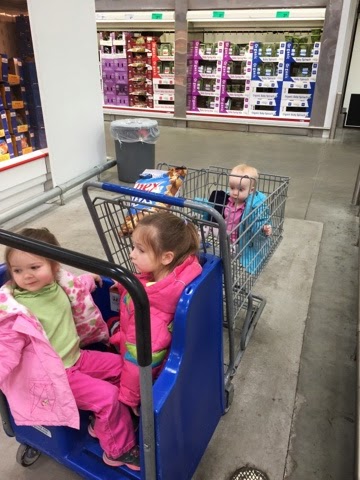 Speaking of Easter/Pascha baskets... I have NO idea what is going in ours this year. Fruit Loops and Crunch Berries have been requested. Now that I'm thinking about it I wanted to get the girls new rosaries or some little saint peg dolls but I think I'm trying to do this too late! 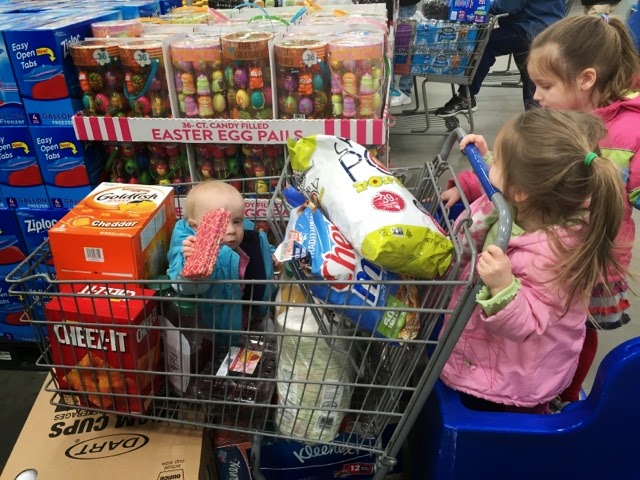 Stacking stuff around M was a bit of a challenge... 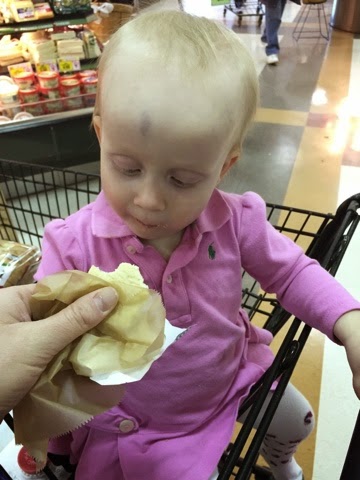 M (and I) enjoying our cookie at Harris Teeter and M showing off one of her many walking bumps... She's definitely a walker now! 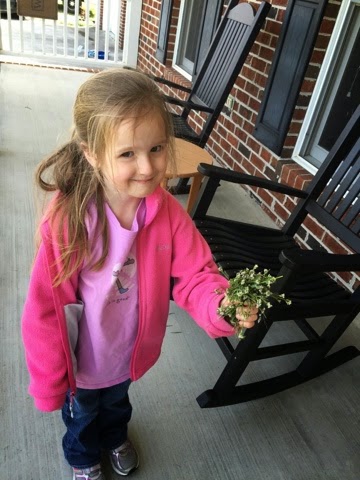 is after her Mama's heart because she knows I like flowers... Only these are weeds but she thinks they are flowers so I brought them inside and put them in a teacup for a few days.

R has been polishing up her name writing skills... 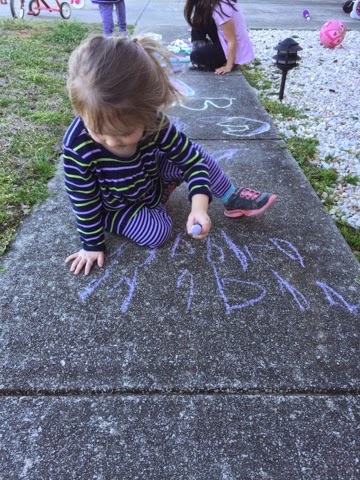 Though most of her letters looks like d's and p's... it is cute 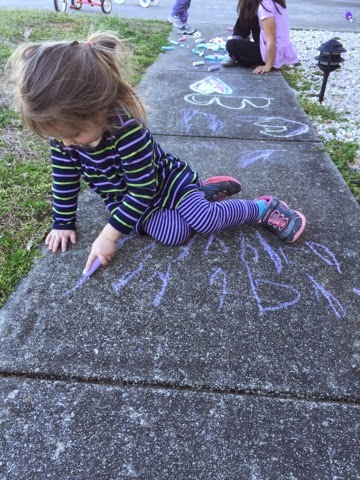 Little M is into EVERYTHING... 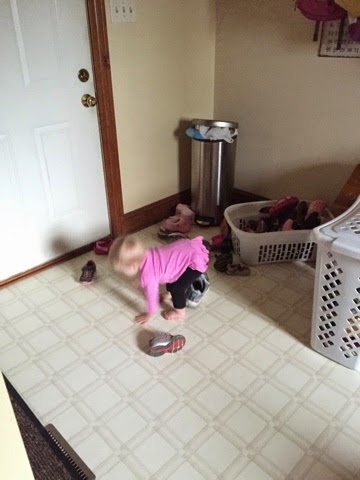 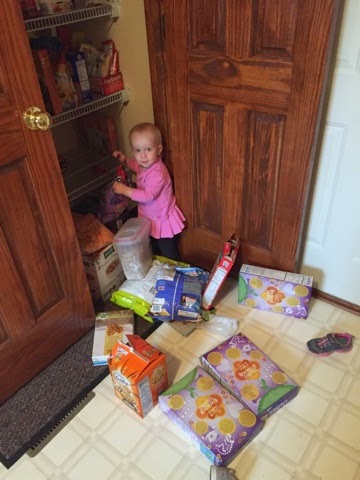 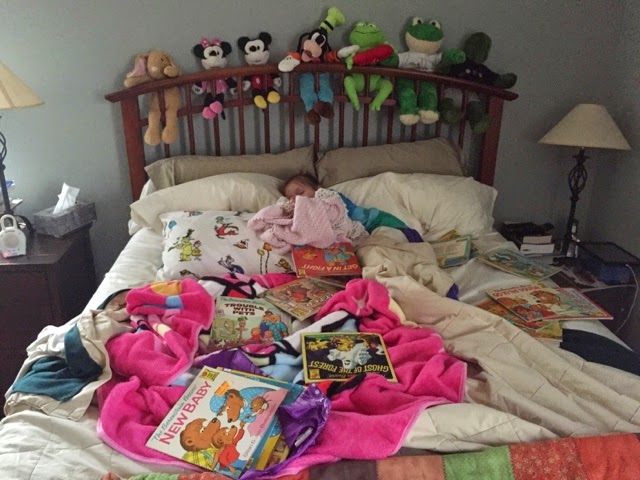 The girls have found and started enjoying a box of hand me down books which was FILLED with Berenstein Bear Books. The books that were published in the 80s are great and teach a good lesson but some of the newer ones are just a little hokey plus I am not a fan of Honey Bear.

E - Mama I don't think we should eat dessert ANYmore
Me - Why?
E - Because we don't need those sweets and we just don't need it...

I believe they had read The Berenstein Bears and Too Much Junk Food the night before : )

Well it is hard to believe Sunday is Palm Sunday and Holy Week is upon us... I've got a mountain of Pascha prep including figuring out outfits (I went dress shopping for me last weekend and it did not end fruitfully), getting my hair cut, Pascha baskets, getting all the Easter stuff into school, 2 soccer practices, one Presanctified Liturgy, maybe Stations of the Cross, Entombment Vespers, Holy Saturday Liturgy and Pascha Liturgy.

Hope everyone has a peaceful and prayerful week leading up to Pascha!

Email ThisBlogThis!Share to TwitterShare to FacebookShare to Pinterest
Labels: outside with the kiddos, papa, quick takes, sick baby