One of the easiest and most apparent ways to celebrate feasts with little ones is to do it visually. So I tried to keep with the green theme because... well you know : ) 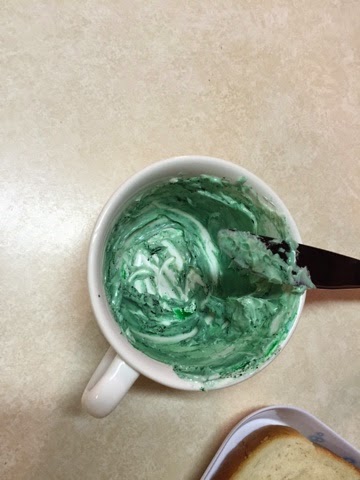 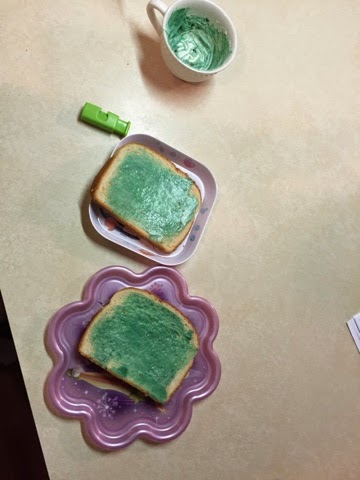 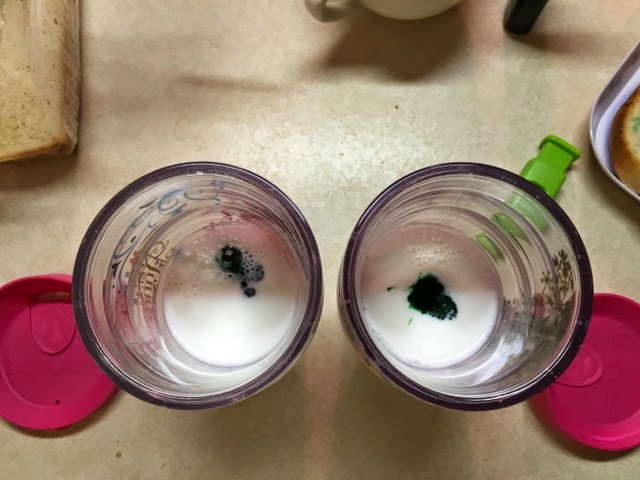 And green milk to drink 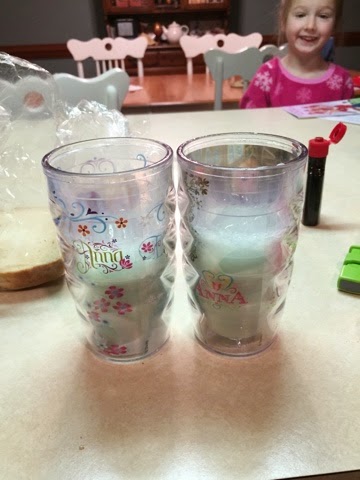 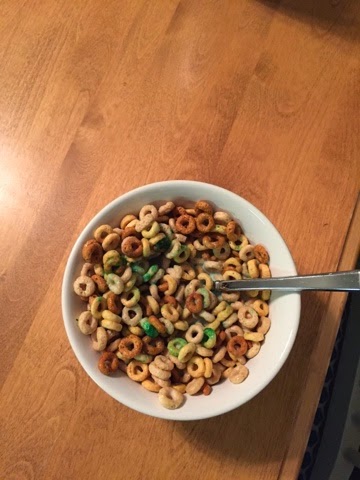 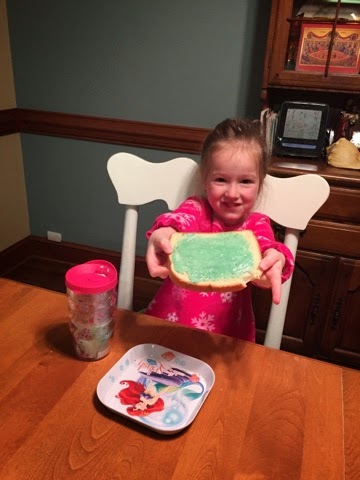 Thrilled with the green! 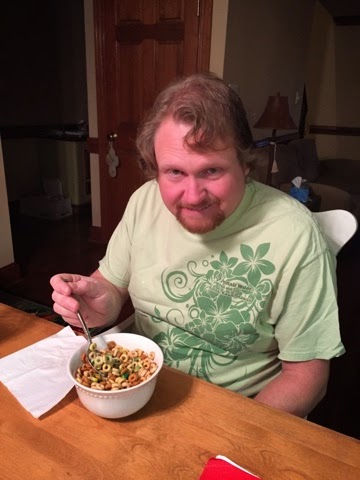 Not as thrilled with the green but being a good sport 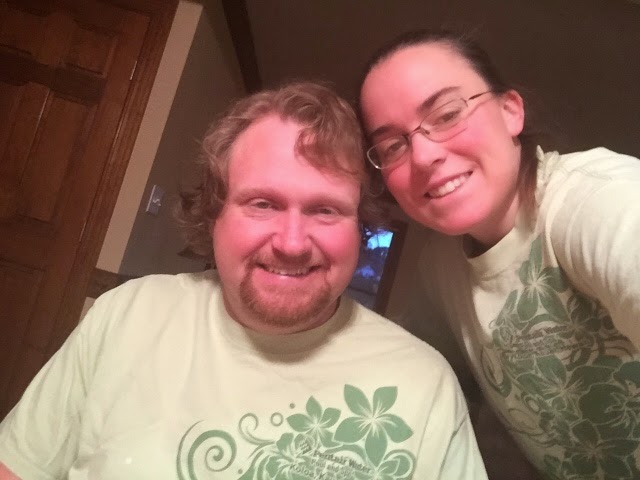 I PROMISE we don't ever dress alike but these were the only green tshirts we could wear to work! 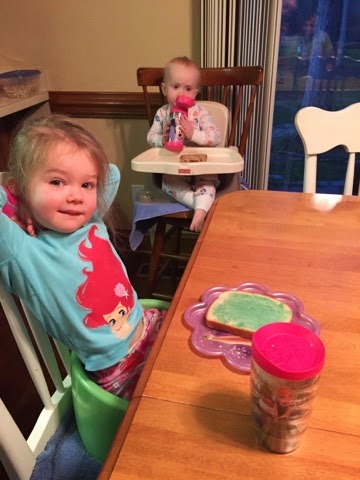 Taking all the green in 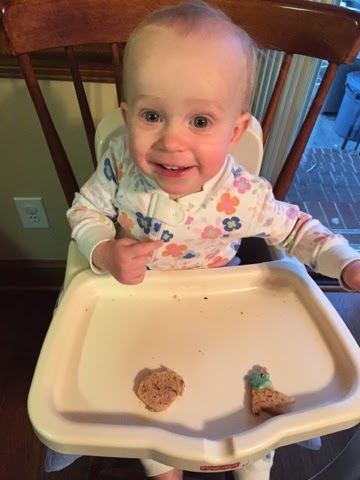 M tried but green butter but was not terribly impressed 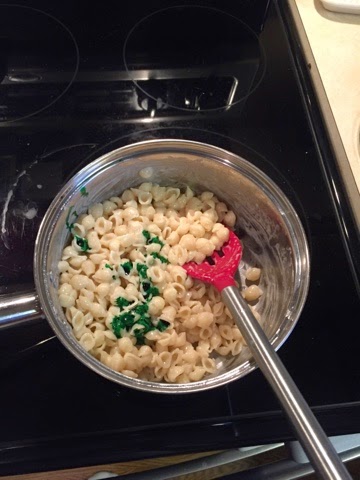 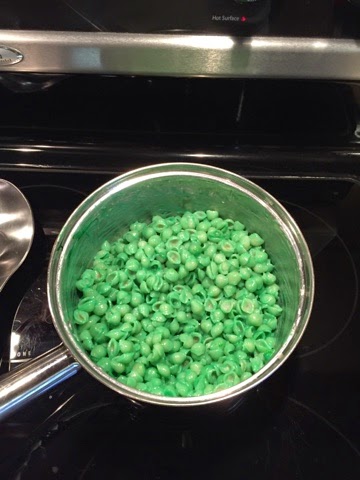 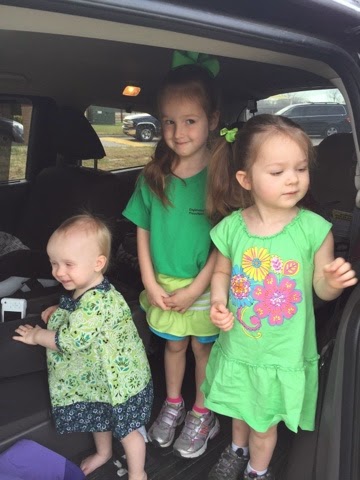 No one cooperated for a pic and I forgot to take one on the couch before we left for school : (

E's class had a St. Patrick's Day party which was great but I mean come on - Catholic or not - who can say they've catechized a whole country? (I'll have to post the art that came home from school that day) 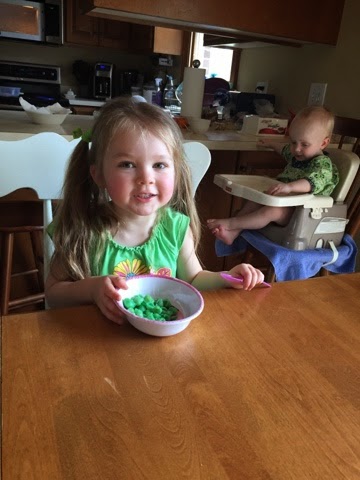 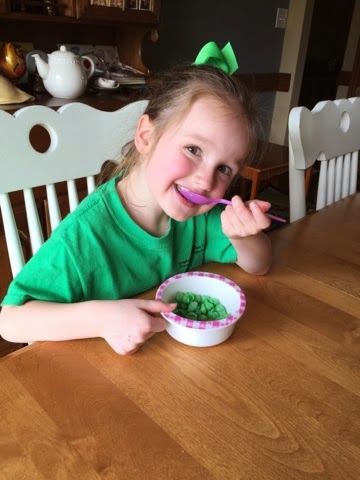 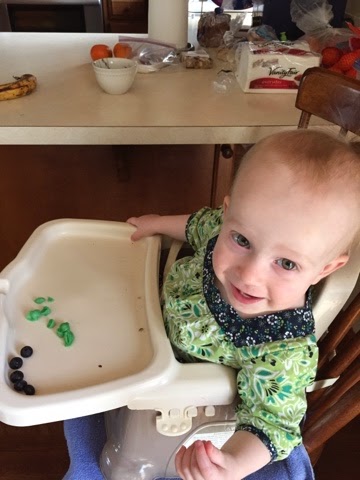 Oh and green grapes too 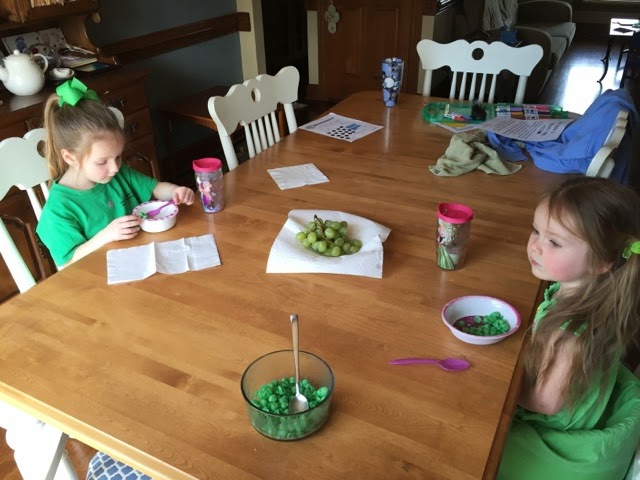 I think we had fish and brussel sprouts for dinner and the sprouts were grilled so they weren't super greenish. But for dessert Papa scored some Shamrock donuts - right before he came home from work. Apparently Wally World packed up all their St. Patrick's Day stuff early. E and I were hoping for some cupcakes with clover rings like last year but the donuts did not disappoint... Except for M who was left out of the donut scene... 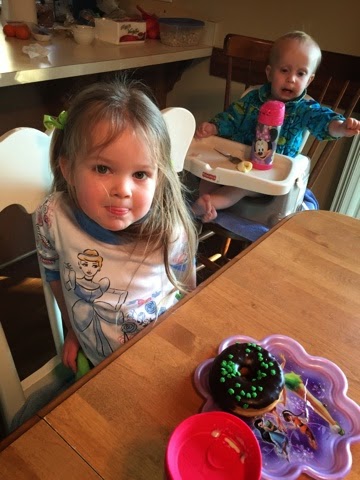 E and R took off the shamrocks and ate them separately... As I was cleaning up E was telling R about "Father, Son and Holy Spirit" for each of the leaves... 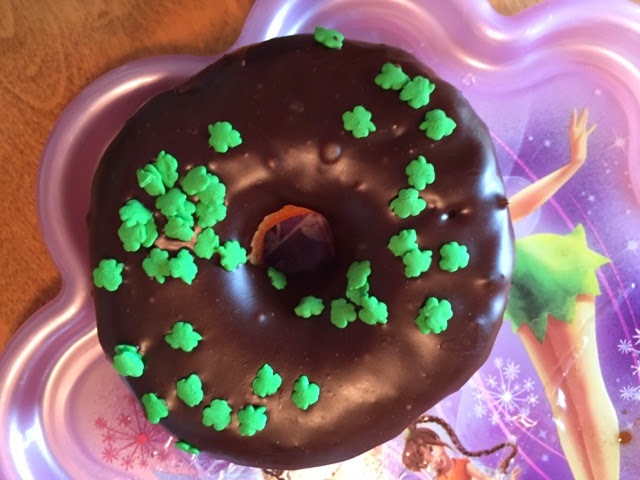 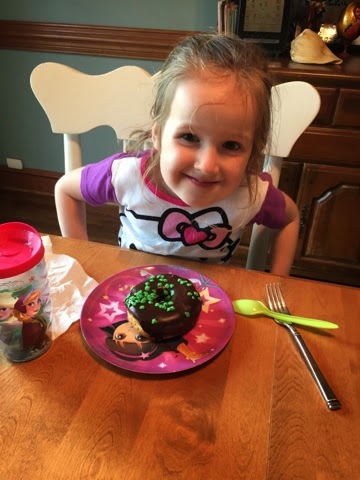 Kinda makes me want to pick out a saints feast and celebrate something at least once a month. I mean we do celebrate about once every other month. Between Theophany, Valentine's Day - which next year could use more saintly focus, St. Patrick's Day, Pascha, St. John's the Baptist's Day, Transfiguration, and St. Nicholas Day etc (we fall flat there between August and December)

We'll have to put our heads together for more frequent celebrations
at March 19, 2015