7QTs - Swim Team with a chance of crazy

Gracious it has been a busy week - but does anyone not have a busy week these days?!?!?!...

On the way to church Sunday... 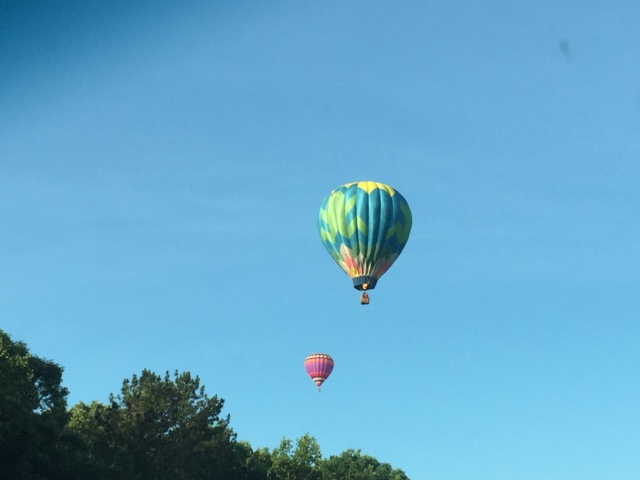 Because sometimes you just need a pretty pic to look at and it makes you think. Or the 3 yr old who sung a tiny amount at her spring program, sings the songs she was SUPPOSED to sing and more on that way home and that makes you think...

If He's got the whole world that means He's got me too which is good because after this morning (at work) I needed some reassurance. Nothing like a really crazy day to make you appreciate the weekend even more.

Sunday the big girls and I hit up out new summer hang out... The pool. 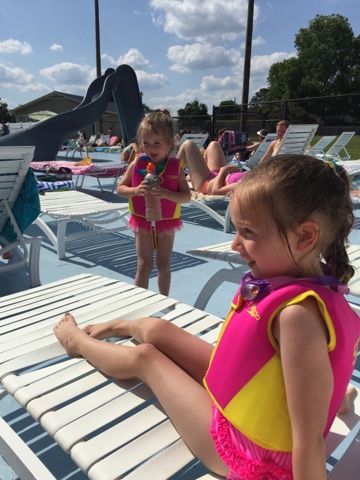 I had never even seen the place before so it was a bit of a reality check when we drove up and it was the same shape as the pool we went to growing up except it was 4 lanes instead of 10!

Any how they liked it. I joined for them - not for me by any means.

Adult swim - the last 10 minutes of the hour, every hour - is very perplexing to them.

--- 3 ---
Monday was Memorial Day so no one worked (thank goodness). We ate a leisurely breakfast and went on a walk around the neighbor that did not end particularly well thanks to R who desperately wanted to ride her bike down the hill but was terrified. 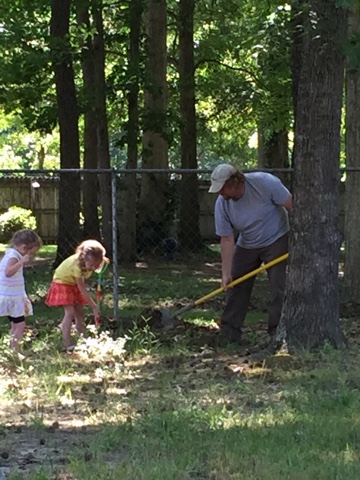 Lee insisted he wasn't going to do ANYTHING after the week he had had but after about 10 minutes of listening to E and R's bantering he weed wacked backyard of the house behind us (that is still in foreclosure!) because it could be a serious snake haven and planted some plants.

For dinner we had an impromptu family gathering: 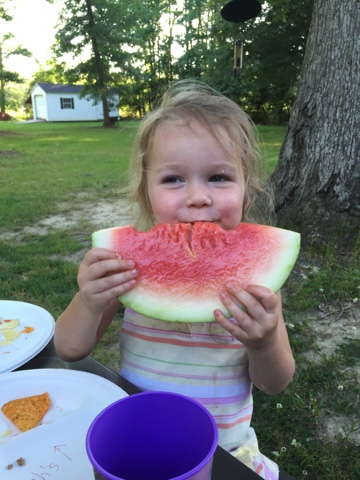 Cousins were involved so all was well in our world... at least for a few hours : )

Feel free to reinsert the craziness... here aka Tuesday (and the rest of the week)

Tuesday was first swim practice of the year. E had been talking it up. R I wasn't quite so sure about. In December she MELTED down at the Y for swim lessons so I really didn't think she'd want to participate much at all. I mean, if she did great, if not then no problem. I really just wanted her to TRY and get in the water again. 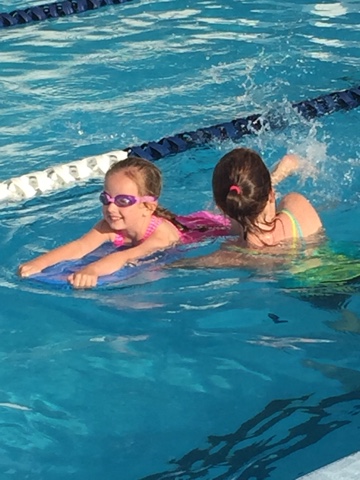 R made it halfway down the pool (with the coach) and was so proud of herself. 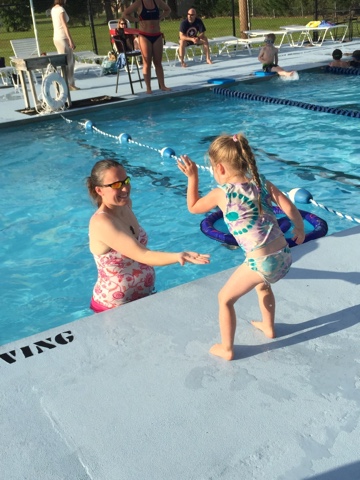 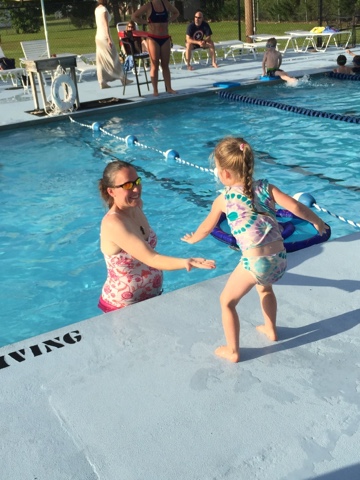 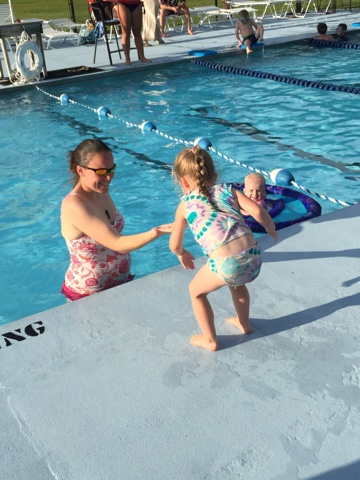 This about a pregnant pic of me as I'll probably post...

Papa made it and sat through swim practice... Yes Papa showed up at the pool. I cannot believe it. Maybe he'll shock us all and get in next week - wishful thinking I know.

M is a crazy person in the pool. She does not like sitting in the float and does not want to be held on to so I'll let go of her for a few seconds and she goes under water and once she catches she breathe she wants to do it again!


I could, should, and will write an entire post dedicated to this girl and her Nini because it's not just the pregnancy hormones that make me want to cry 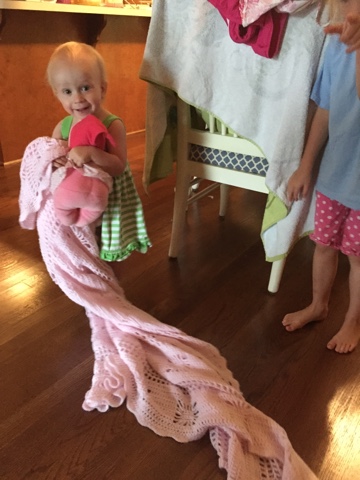 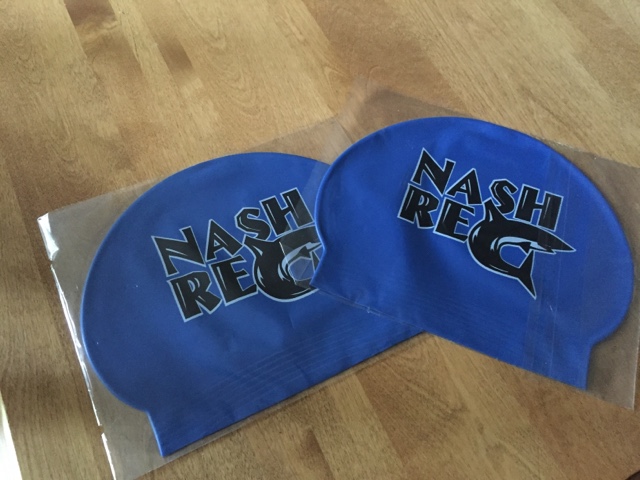 As soccer comes to a close tomorrow I guess this will be our new reality for the next couple months. Fortunately I'm not coaching and hopefully R will hang in there at swim practice because she is just beside herself that she's in the pool with the big kids.

I have a standing offer for E... once she swims in the 6 and under heats - and not just the Pup Squad - which is for kids like R who either don't want to or cannot complete a lap on their own so coaches are in the lane with them - THEN I will get her the team suit. Apparently not many kids wear the team suit but I wore the team suit when I was growing up so here I go trying to get the kids to relive my childhood - if ballet were not so STINKING expensive then I'd consider signing them up and I'd prove myself wrong in the 'MUST IMPRESS MY CHILDHOOD ON MY KIDS' statement - no one really does that anyways, right?

Speaking of which, Lee and I are pretty much on board with signing E up for American Heritage Girls in the fall - it is similar to Girl Scouts. I'm not going to get into the politics of AHG vs GS. I never did scouts growing up but Uncle Kev finished his Eagle Scout project - whether he wanted to or not may have been debated but I think now - 10 years later - he appreciates having gone through scouting - camping trips and all. So we'll give AHG a whirl. Hopefully E will meet some new friends and maybe even see some familiar ones from preschool.

Lastly... since I know you really really care... 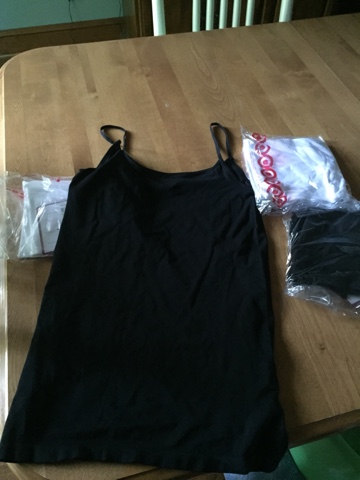 The ONLY maternity tank tops I like are at the one-stop-red-dot-stop so I finally broke down and ordered some new ones since I had one from when I was pregnant with R and the old one is headed straight for the trash. I probably could have used them 2 weeks ago but the bump is really starting to get bumpy so... I guess all the maternity clothes will be out before too long. I like these because they are stretchy and stay in place and are not a heavy cotton.