We are still here I promise... 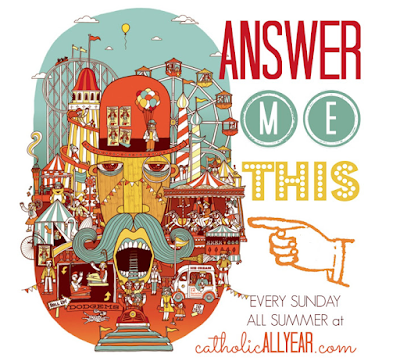 1. How long have you lived in your current home?

We've lived in our house now for almost 3.5 years. When I tell people that we accidentally bought it and really didn't mean to be moving when I was 37 weeks pregnant I'm not sure if they believe me.

We stumbled across our house the Saturday after Thanksgiving when we were driving through parts of the county we knew we would like to live (aka not in the city with the CRAZY taxes and public utilities rates). This house was our last stop on the tour. We had seen neighborhoods we liked but not houses we both agreed on. Then we turned onto the street an saw this house and we both had an "Ah ha" moment. 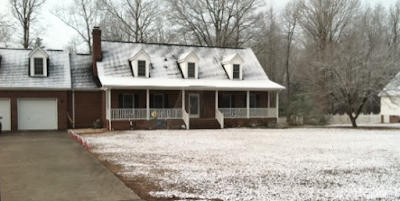 The following Saturday we were touring the house plus two other houses that were both walking distance from it - because we just HAD to see the one house and we didn't want to waste the listing agent's time. The house wasn't perfect but it did have endless - and I mean endless - amounts of closets and storage (one of our major issues with the house we were living in), a HUGE mudroom, 3 bedrooms downstairs which left room for Papa to have an office upstairs, plus a bonus room over the garage which we knew immediately would be the chapel space. We were pretty much placing our furniture. And the other 2 houses just weren't making the makes in fact the last one literally gave Lee and I the creeps - when house hunting bringing some Holy Water to douse any necessary houses.

Well the Saturday after walked through the houses we were signing the dotted line. No joke. We were staying with my parents that weekend and we actually had to drive back to the Mount to sign the contract so it could be officially under contract.

Then we moved 3 weeks before R was born so basically I was responsible for nothing. If you want to have nothing to do with moving then move when you are pregnant - and really pregnant. Having a fantastic husband and mother in law really helps too though.

We've done a few things to the house since we've moved - here's some before pics and here's more after pics - but our house is such a great house and we happen to have some really great neighbors too.

E will tell us that she never wants to move from this house which is so nice to hear especially when I have to spin - the reason Papa works these insane hours over the summer is so that we can live in this house.

We actually went back to our old house a few weeks ago and we were all standing there - it was the first time R and M had been in the house - and I looked at Lee and asked "Can you imagine if we still lived in this house?"

There was a resounding 'No' plus he pointed out he literally would not be able to do the studies/reading/writing he is doing in that house because there wasn't the space. Funny how God (in retrospect) puts you EXACTLY where you need to be.

2. How do you find out about news and current events?

I check out the local news station's site and CNN.com a few times a day. I TRY and stay up for the 10 pm news but Lee complains that I have the TV on and I rarely ever actually make it to the weather part - but it is kind of our running evening joke.

3. Would you be able to make change for a twenty right now? For a dollar?

Heck no for a $20. Probably for a dollar if I was in the van and only because one time when my mom (yes, I am ashamed to say) cleaned out the van she put a tiny tupperware container in the ashtray (do they still call them that???) and that houses all my change.

My mom and I have VERY different philosophies regarding car organization - which I respect especially if she is the one who is using the van but I refuse to change my ways. She is a minimalist. I am a realist. She wants to see as little mess/stuff whatever in the car possible. I, well, need random jackets, socks, papers, shoes, books, High Fives... etc there just to survive. 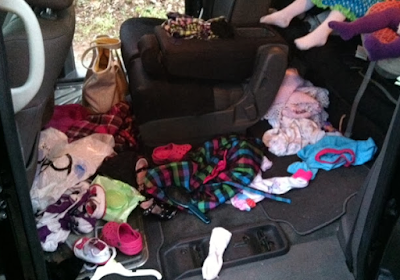 Okay USUALLY it is not that bad but we do have another body a carseat and we are about to have another so... but you get the point - we have the potential...


Case in point, last night we went to church - Hello Sts. Peter and Paul - and R got tossed in the van from rest. Well guess who was not wearing socks. So we found a white sock from church on Sunday but couldn't find a match so we resorted to one of M's tiny blue socks. #winning

In Mexico I've eaten spicy crickets - those were actually pretty good but lost their crunch after a few days which was a bummer.

In Guatemala, I was served this noodle soup with three or four straw like sticks protruding out from the bowl - which I didn't think much of until I got to the bottom of the bowl and BAM - its chicken feet. Which I was apparently supposed to chew on - but that was not happening.

5. Which of the commonly removed parts have you had removed? (tonsils, wisdom teeth, appendix, etc.)

I've had my wisdom teeth taken out so there is not much to that story.

6.  What's your favorite sport to watch on TV?

Baseball. When we had satellite we got the Washington Nationals channel and we always had the games on at night. But the following summer the tree branches starting blocking the signal and we have to switch to cable and bye-bye Nats. So now we are stuck with whatever is on ESPN - which they really could show more games - but they don't.