A Day of Epic Laundrying

I've said it before and I'll say it again - I set myself up for some seriously Saturdays of laundry because I cannot wrap my head around doing laundry during the week. Inevitably I'll leave the load in the washer for more than a day - which especially over the summer - is a no-no because then it stinks and requires another run in the washer! As I was typing this post I found a lost load'o'wash that had been in the washer since Monday! 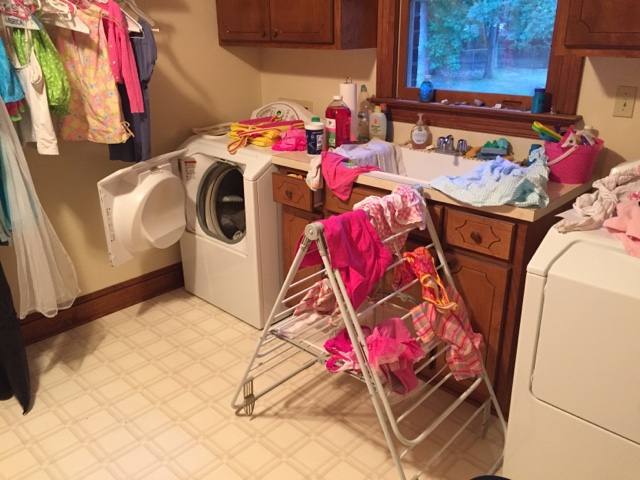 Pre-wash-day scene... pretty typical that there are clothes piled up around the sink which are the extra dirty needing to be sprayed 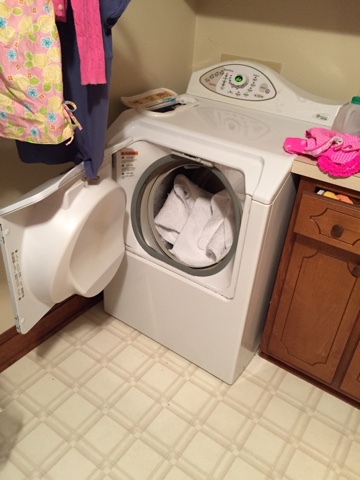 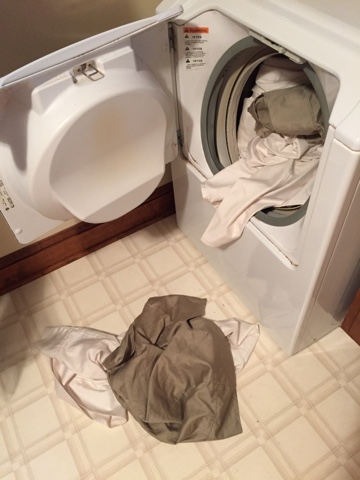 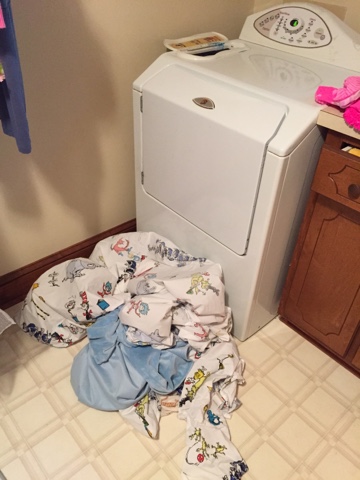 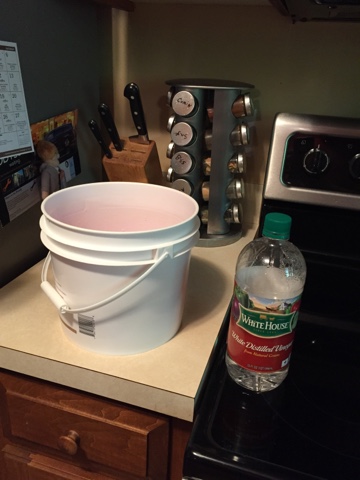 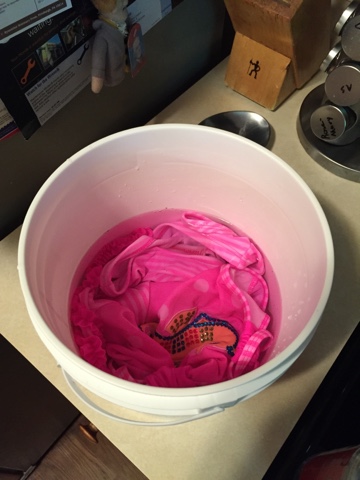 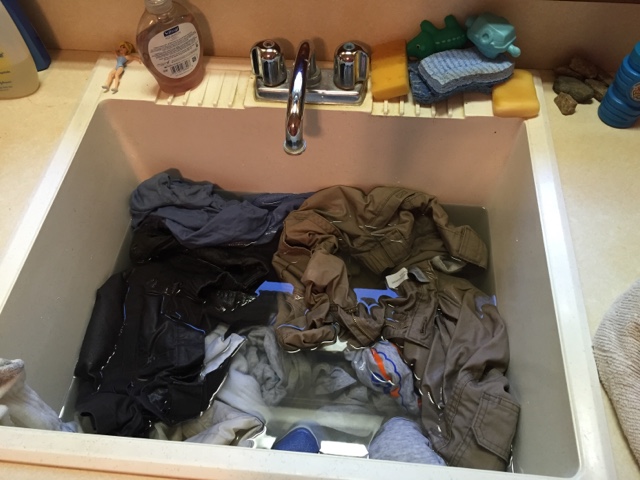 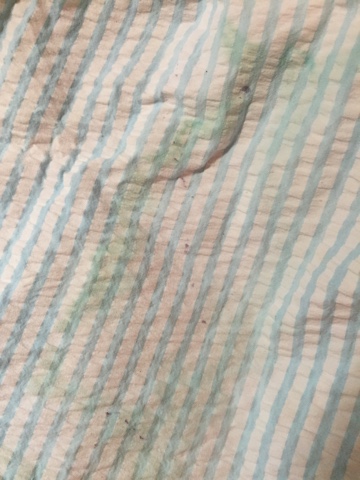 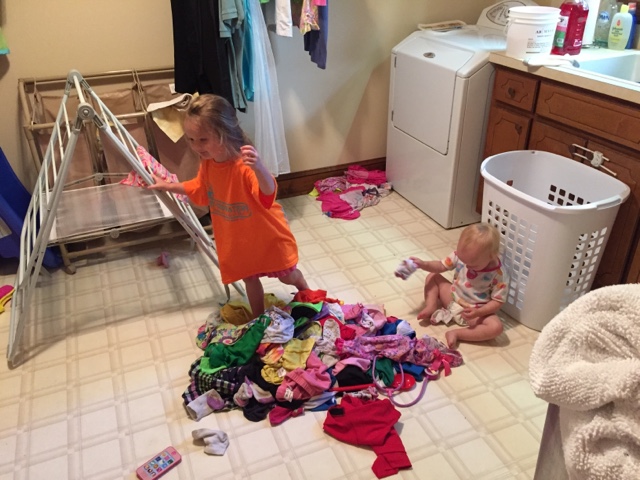 Kids getting in on the laundry action! 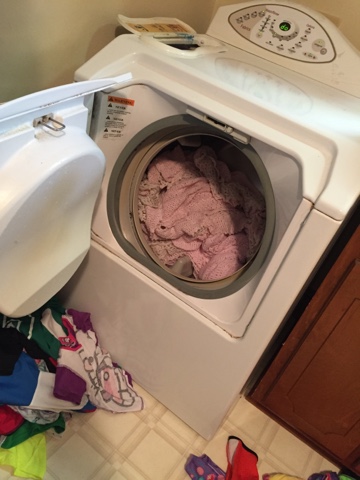 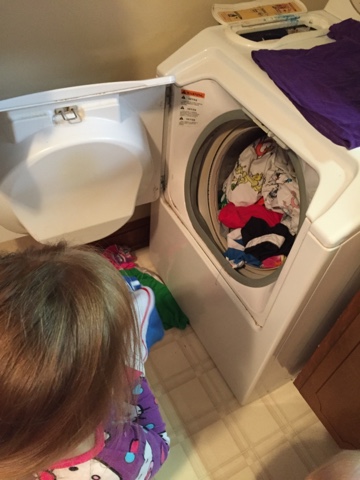 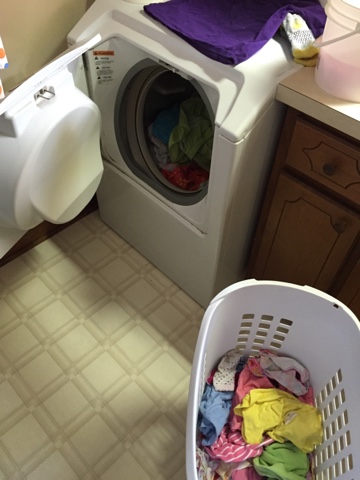 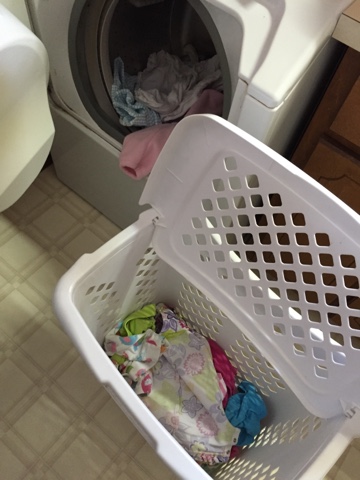 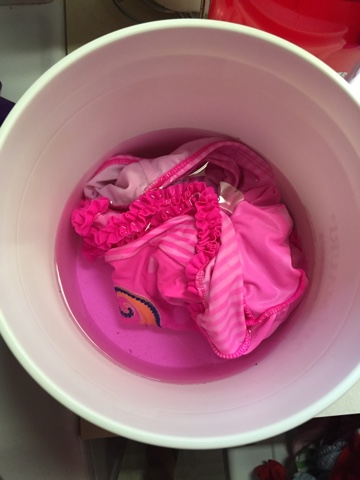 It soaked for at least 4 hours 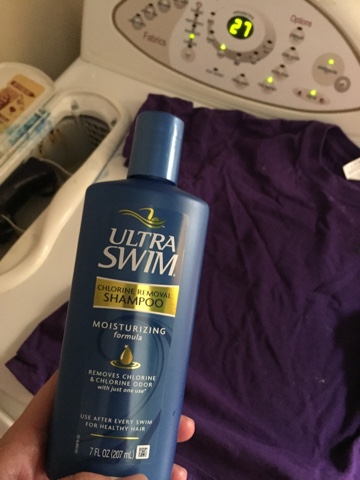 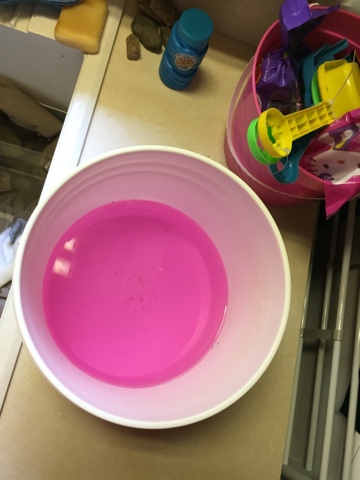 Remnants of the presoak for Load #8 - and that darn thing bled on the mesh part of the drying rack! 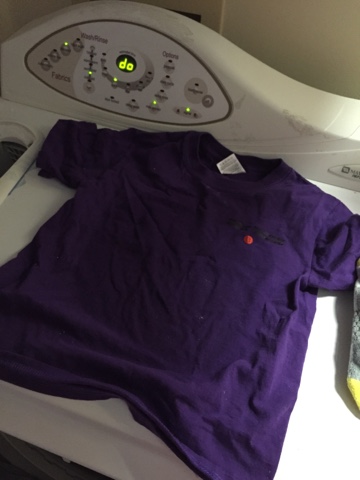 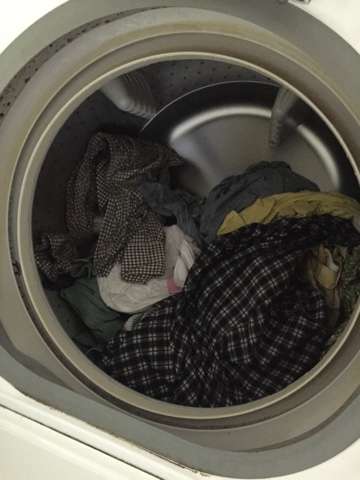 Load #10 - Me and Lee's delicates... This is probably 2 weeks worth but come the winter this is a weekly load 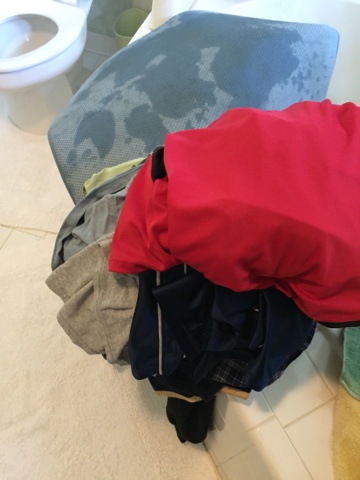 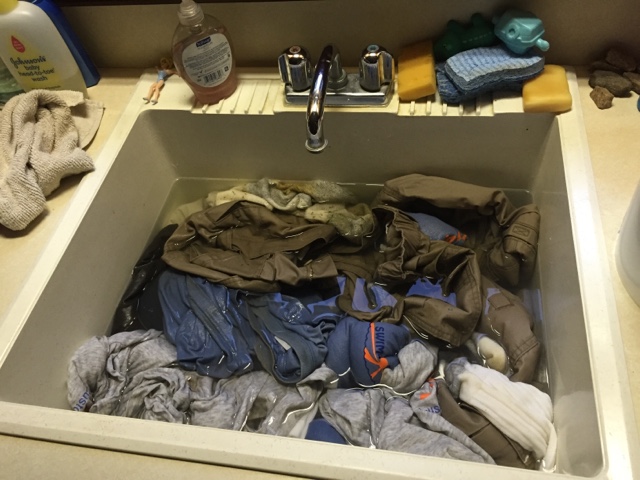 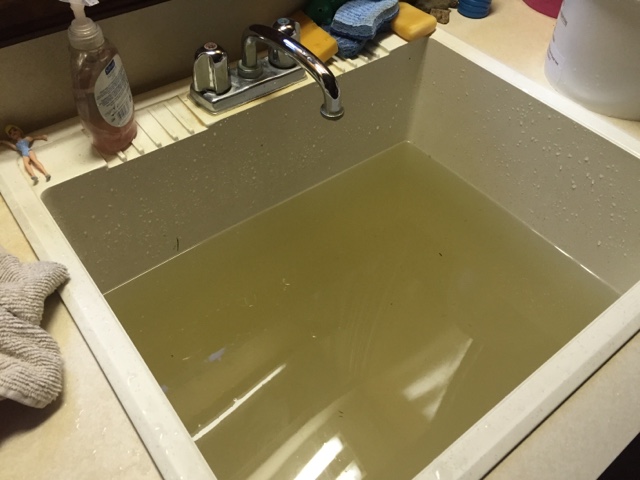 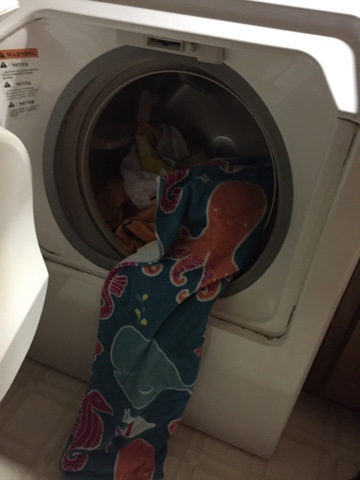 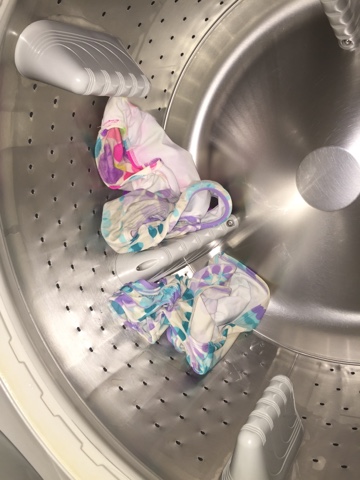 Load #14 - Okay these bathing suits are just rinsed because I am way lazy like that! 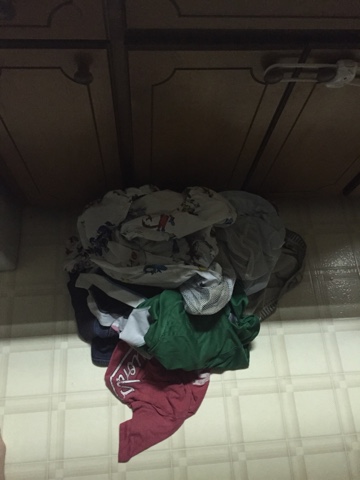 Load #15 - Assorted regular clothes and stuff that did not make the cut the first go around!

I didn't make 18 loads like I did the last time I actually counted the loads but I have a feeling come December or January with a new baby plus school clothes that will have to be washed I could give it a good run. Can you imagine if we cloth diapered? Yeah... I'd need about 70-80 diapers because they'd only get done once a week!
at July 01, 2015