Crazies plus a little stomach bug... 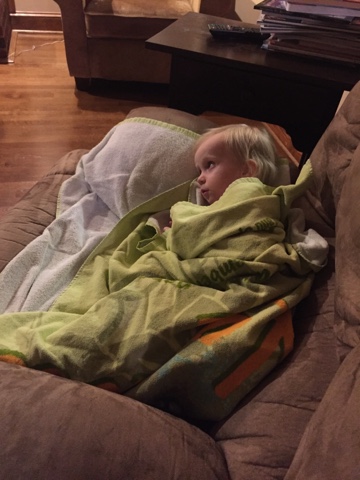 Thursday afternoon before we were packing up for Presanctified Liturgy M got sick. M, A and I stayed home. M pretty much was glued in that chair for 36 hours. She was watching PBS at 1 am right after she got sick for the 15th time because she wanted the Tee-Bee on and when your sick 2 yr old wants the TV on, you turn it on so she won't wander the house. She rarely watches TV so she vegged in front of the tube. It was way easier to clean up beach towels than crib sheets. She was so pitiful.

We thought we were out of the woods because she was fine after Friday night. Which was great because we had E's school's big fundraiser Saturday. 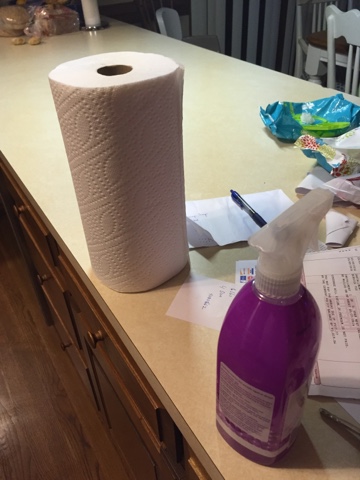 But I was wrong. A text you never want to receive from a babysitter is that your kiddo has gotten sick. R managed to get sick 4 times before I got home : (

She was planted on the sick couch Saturday night and Sunday morning.

Lee had to go to church on Sunday (fundraiser pierogi and sausage drop) and I held down the fort not feeling great. I think they watched Caillou from 8 am to 5 pm. Taking care of a need-to-be-held bebe while trying not to get too close to him is tough. After I finally succumb to the bug - I felt a million times better and after a 1 hr power nap, I ate dinner. (It could have been way worse)

THEN, a full three days later E got sick after soccer practice. Super short just like me but she was way bummed about not getting to go to school on PE day - on St. Patrick's Day (a post of its own maybe?). Fortunately we seem to be all over it now and Papa and A managed to not get whatever the heck it was.

I successfully made Rice Krispies... 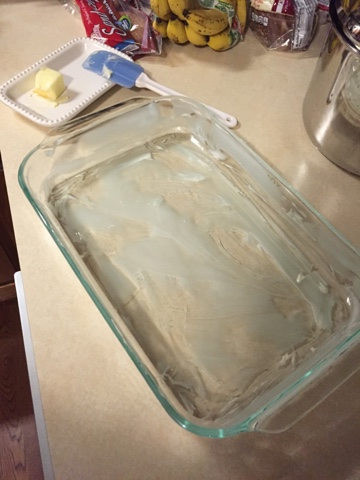 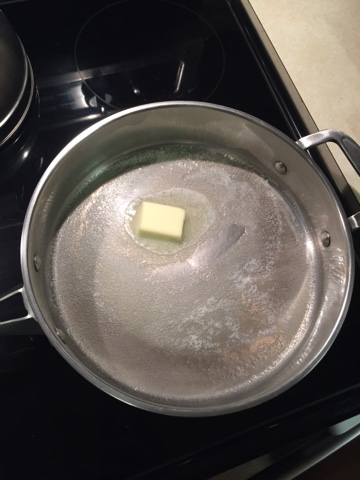 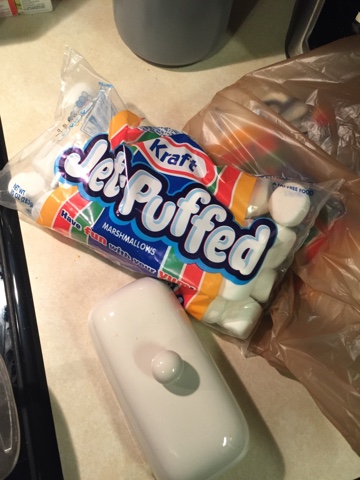 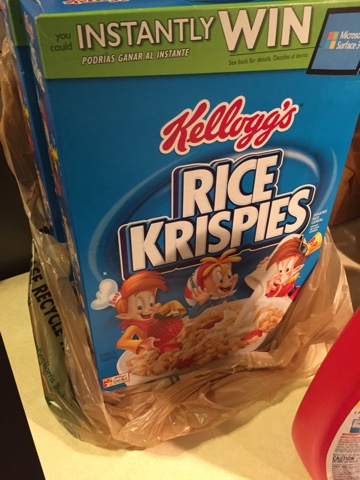 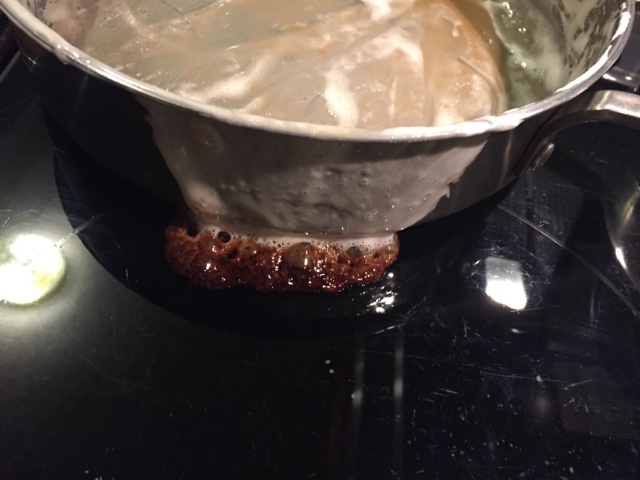 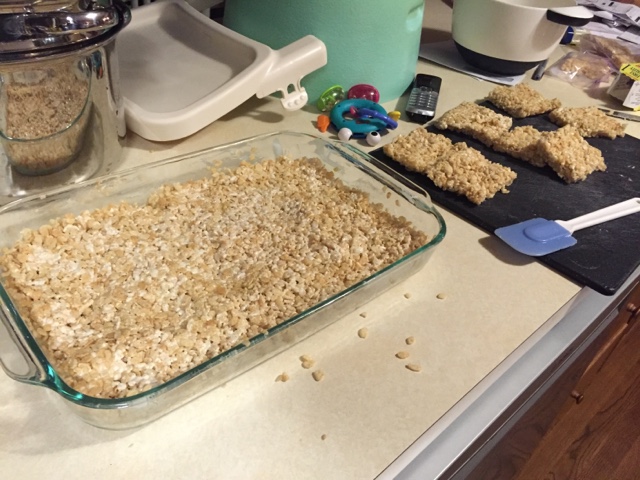 Next time I'm using a deeper thinner pan. I prefer thicker, smaller Rice Krispies to thinner big ones. But they were for Pizza lunch at school so I didn't suffer too much.

Double digits of miles ran for the first time in too long... 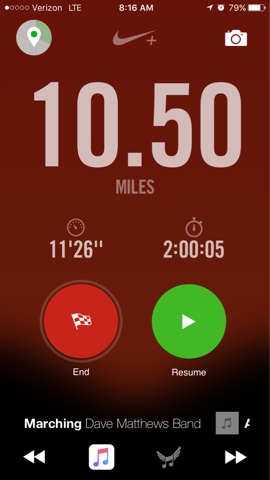 Half marathon is less than one month away! Yikes!!! 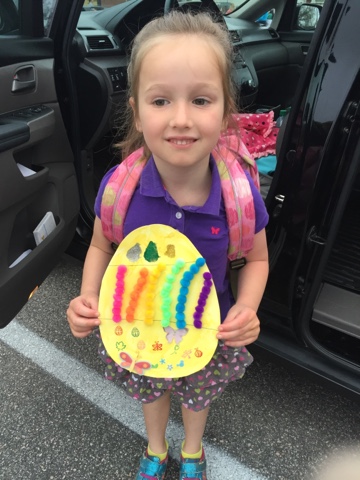 And got to decorate an egg EXCEPT she did it on the Sunday afternoon I was under the weather... Glob like glitter eggs on top - sure. Tried to convince her to make a rainbow of pom-poms in the middle - I don't think so mom. Stamps and stickers at the bottom #forthewin

The weather has been so nice and warm 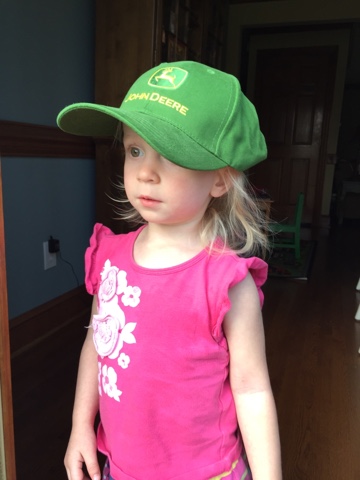 Everyone needs a hat to go mowing 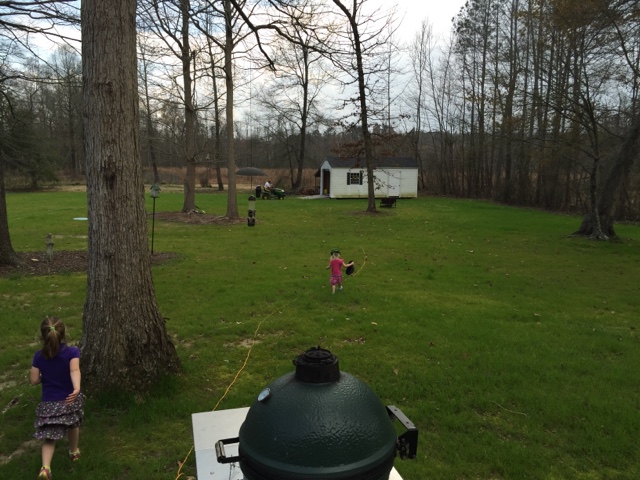 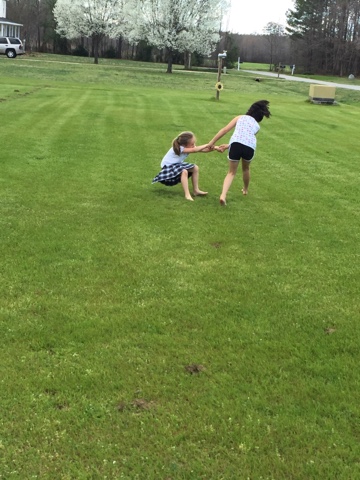 Intense round of ring around the rosie 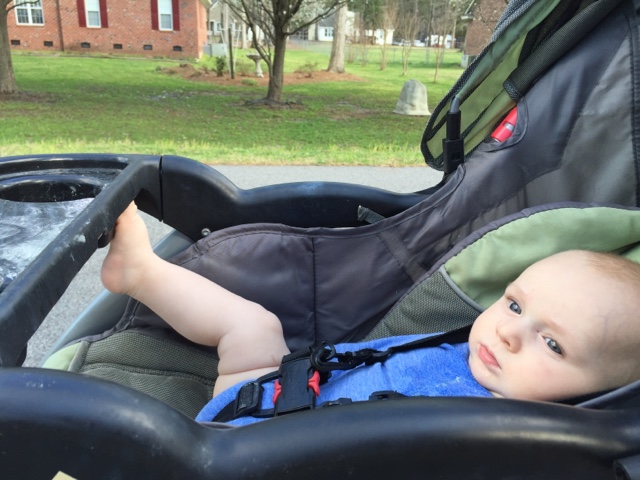 My mind on my milk and my milk on my mind... 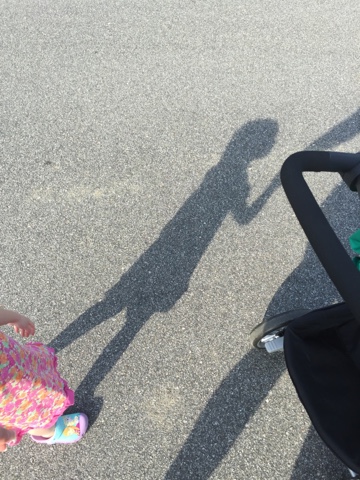 Tuesday we voted. Right after preschool (at lunchtime) which ended terribly. 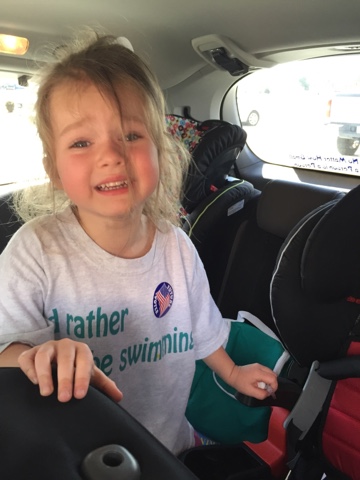 The face you make when your guy didn't win the election later that night. Thankfully I can claim ZERO responsibility for the election winner.

Everyone loaded up for soccer... 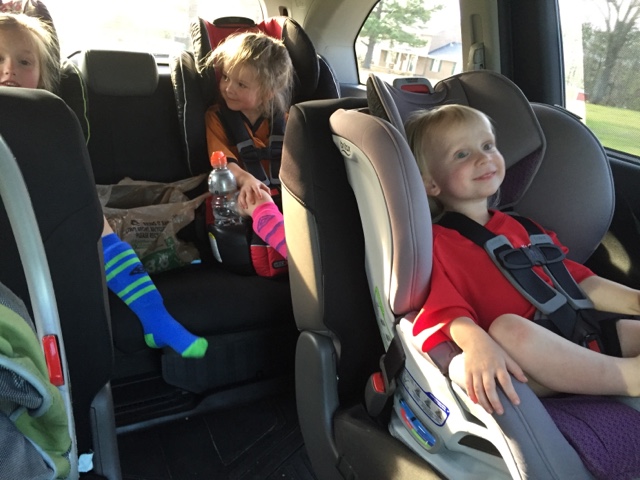 M's way excited but she kind of can't do too much. R had several meltdowns. Makes me think I should not coach her next season because I cannot believe she was get as fitful with someone else. I suppose time will tell. She just gets so upset when the ball is taken from her, SO UPSET. 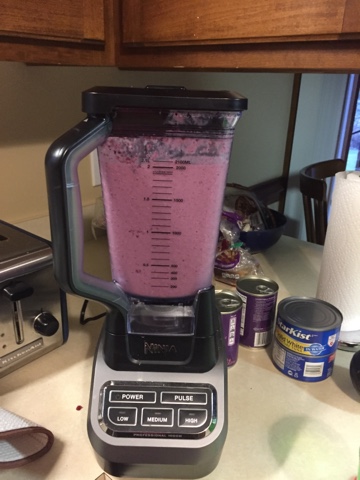 Post soccer practice smoothies for all. 2 liters of smoothie anyone?
at March 20, 2016

Email ThisBlogThis!Share to TwitterShare to FacebookShare to Pinterest
Labels: crafty, food, outside with the kiddos, quick takes, sick baby, soccer