I saw this the other day.. 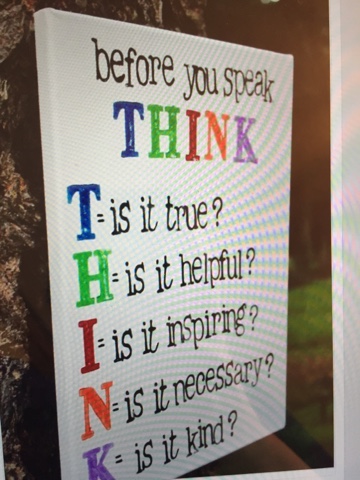 Also, if you want to read a hands down awesome birth story, check this one out and you will definitely need a few tissues to get through it BUT it is 100% worth your tears.

The weather has been completely whack-o these days. 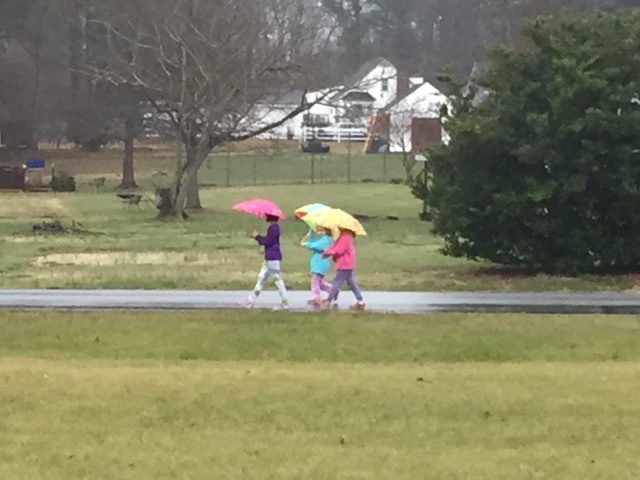 The littles and I went shopping one morning after dropping E off, because what better way to kill 25 minutes in the morning but go shopping with three kids? 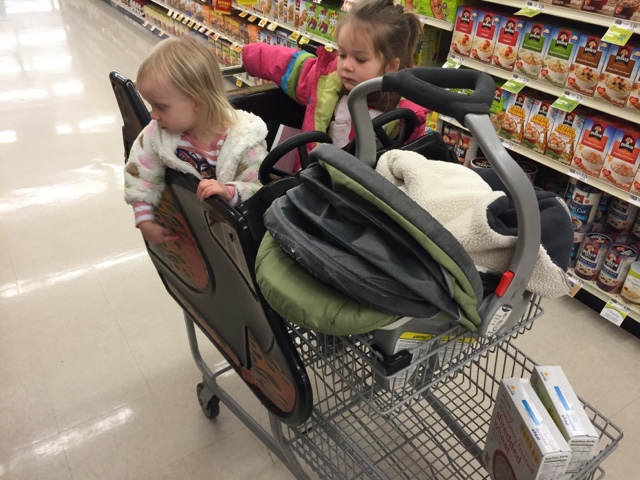 I actually kinda liked this shopping cart situation. It is way more maneuverable than those massive triple carts at Sams. Plus they have really cool steering wheels that distracted R and M for all of 5 seconds. And since there's so little space that is is nearly impossible to spend $150 like I do at Sams

---4---
Papa was away last week which means I had to do the morning shuffle twice completely by myself (the morning he left lunches were already packed). Speaking of lunches and snacks... 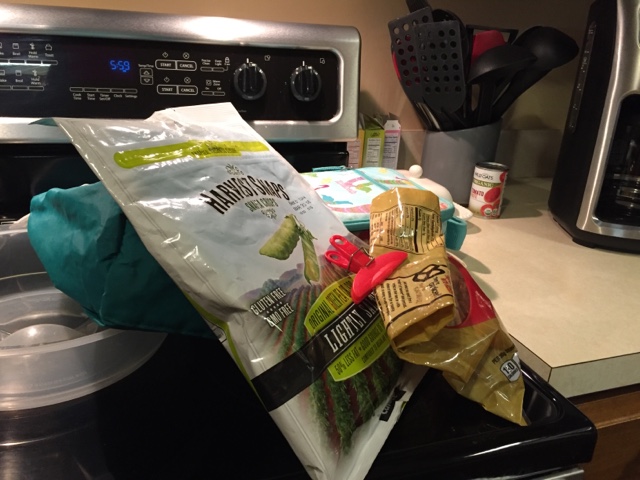 In my book the pretzel bag is not clipped. In his book it is totally sealed. 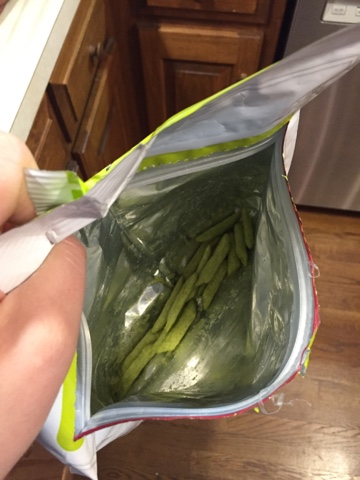 In my book there aren't enough dried pea things to save so I'd just dump them in someone's snack box and be done. In his book he tossed them to the back of the pantry and maybe someday when he's desperate for a snack-change he'll grab them : )

Also, the girls are getting totally spoiled with him assembling their snacks because he'll put in two or three or four different snack items - pretzel, raisins, dried pea things, Chex Mix - whatever. When I do snack, it is all or nothing.

We are all going to go through some culture shock come April when pool season starts and I'm already ready to go into hibernation.

When Papa was gone we definitely has a Tale of Two Mornings... 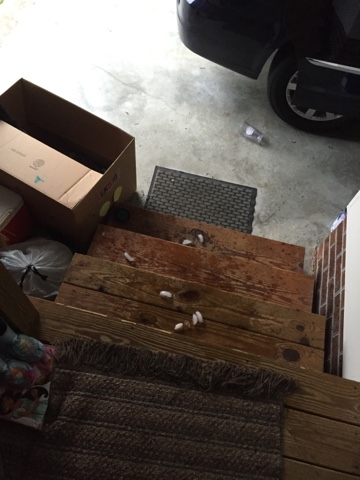 The first morning E declared that we HAD to get to school early because she NEVER gets to ring the bell on the day K does the morning prayer. NEVER (right, probably because she's usually rolling into the room just in time or maybe there's some tall tailing or exaggeration). Okay I told her. If you want to leave early then we can but no messing around and cutting up and dragging feet.

Would you believe we left a solid 7 minutes early in the most peaceful fashion. It was bizarre. It makes me want ask her every single day when K is doing prayer again so we can have some solid motivation for leaving the house.

The next day was quite the opposite for whatever reason. Running out the door. About to forget stuff. Leaving the kitchen a wreck. You know the usual.

E and A and I hit the library hard last week 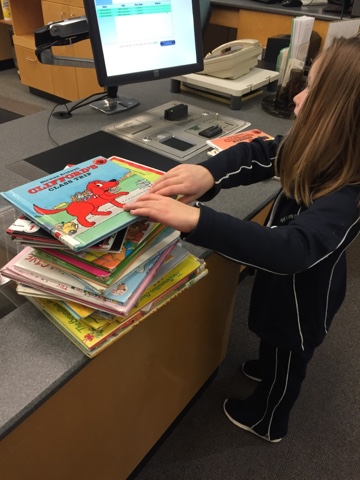 26 books later and we were gone. Except after we read The Berenstain Bears Lose a Friend - its about their pet fish dying - after a good tearful cry sesh - E declared she couldn't even look at the book and we promptly returned it to the library.

Here's to never ever wanting a pet and trying to find 25 library books next week!

Last week E made toothpaste at school (let the heavens open and the light shine, something other than seat work occurred at school!) I swear -according to her - all they did was seat work for weeks. Even though I knew that was far from accurate, I'd love to know why her perception was seat work and only seat work. She's definitely moved past her #seatworkforlife phase and I know more things to ask her about - thanks to a chat with her teacher. 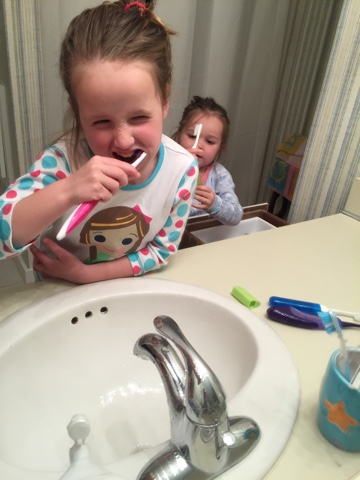 So the toothpaste... It was baking soda and a dash of peppermint extract = that face. She put yellow food coloring in and wanted to use her homemade paste everyday. It was getting kind of gross so I dumped half of it out but chalked up the missing amount to her and R using it religiously.