7QTs - All things before Thanksgiving

Maybe I'll actually get caught up. 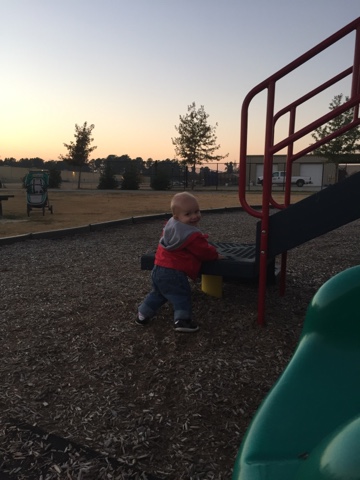 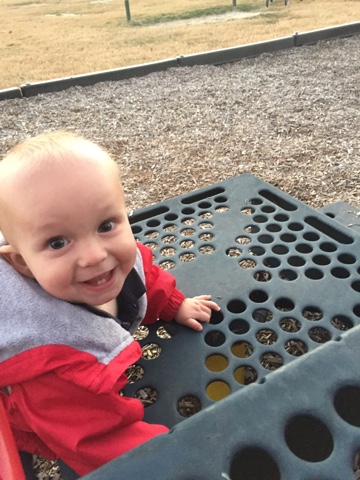 I've convinced the girls to get started on laundry on Friday nights... 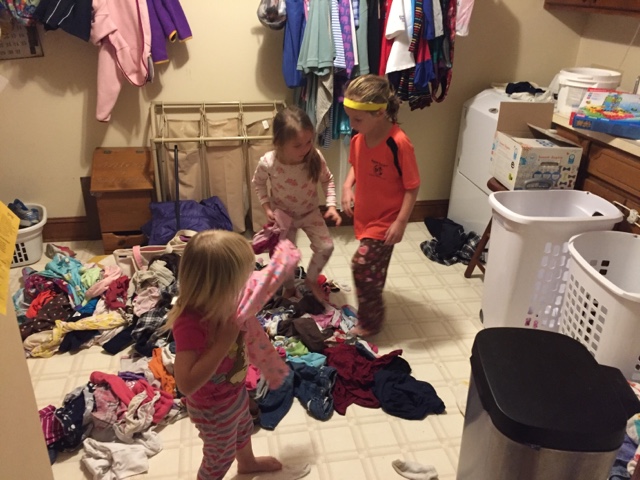 Sorting earns a show on TV and insiding-out earns another. Two weeks ago it was awesome. The banter was down to a low murmur and there was very little arguing and I didn't have to get involved... But this past week did not turn out so well and some people didn't earn the 2 full shows and there was crying and gnashing of teeth. 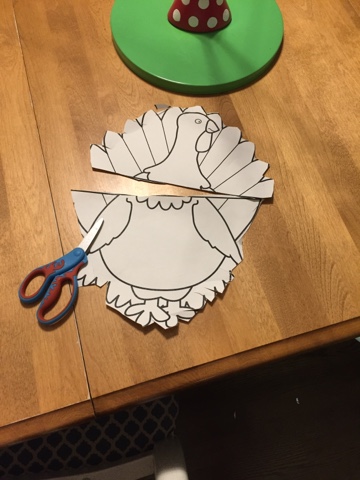 Thinking she could trim the pipe cleaners 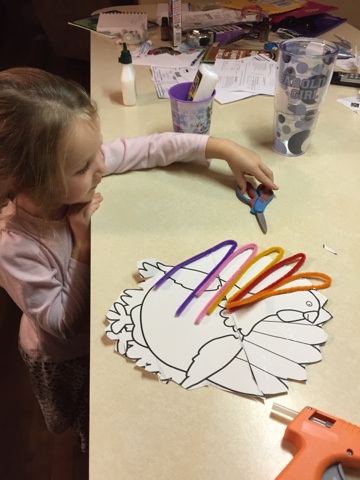 R wasn't terribly interested in feathers but took to pipe cleaners... wonder where that comes from 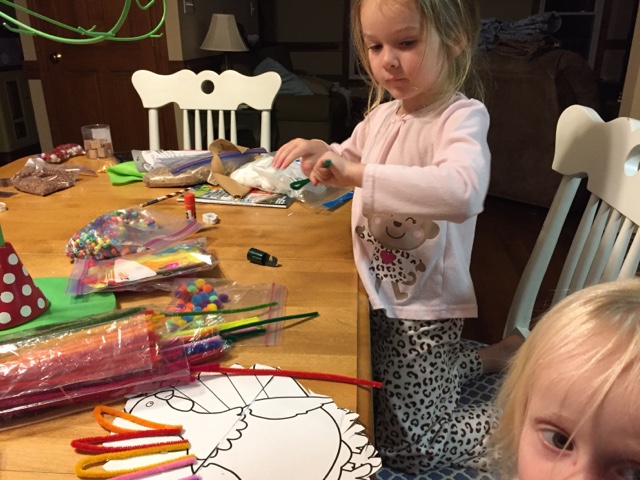 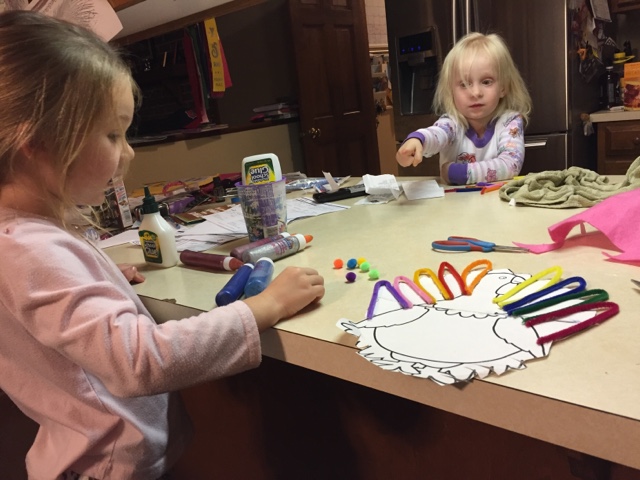 M giving input about the pom-pom placement oh and I let R do this on a night E was at AHG because Miss Opinionated, Peanut-Gallery might have taken over 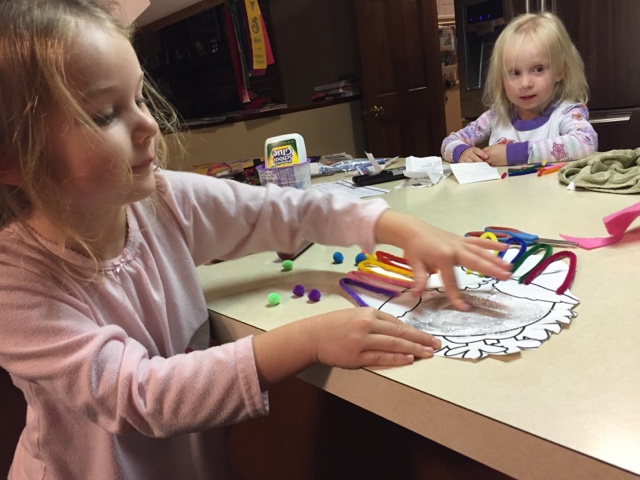 So course no art project would be complete without glitter glue so this is the best method for spreading a large amount of it.

After the glitter glue we I it a night and told her she could finish it the next night but the next night she and M were sitting at the table breaking crayons after she had colored some of the feathers so I let her pick a few feathers to glue on and that was it. 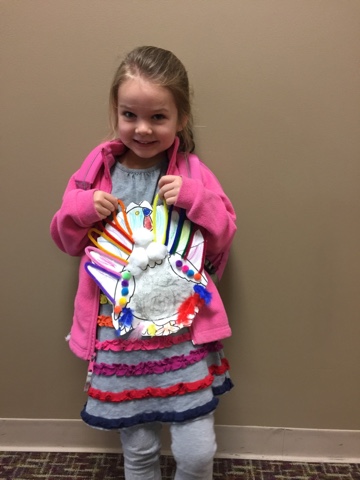 E's school had a Veteran's day breakfast and celebration... 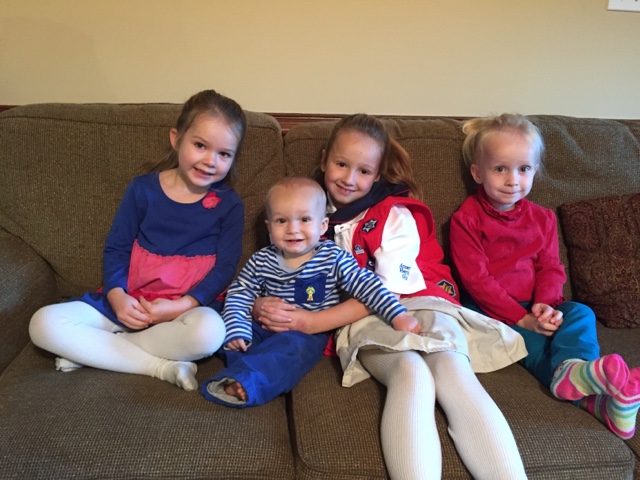 We wore red, white and blue and E got to wear her scout uniform... 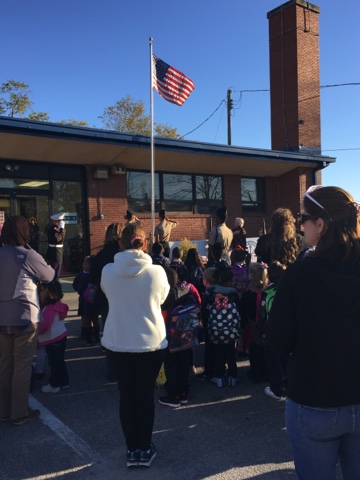 One of the high school ROTCs came and raised the flag. It was neat to see. After that the Veterans went in for breakfast and songs and we headed home.

I made pimento cheese which is just about one of five things I classify that I'm good at making... 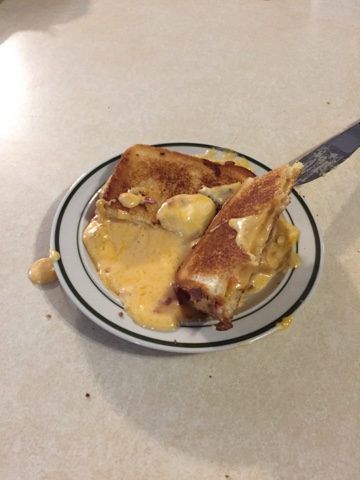 November is a bit of a crazy birthday month between M's, Grammy's and Grandpa Joe's in the span of 8 days... 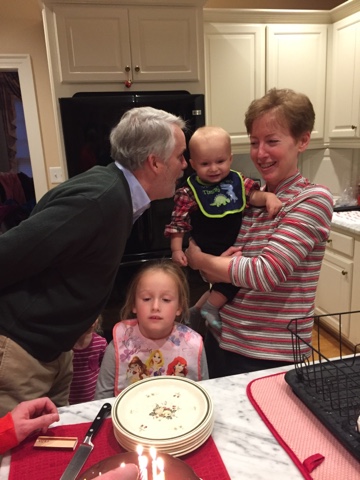 This was Grandpa Joe's 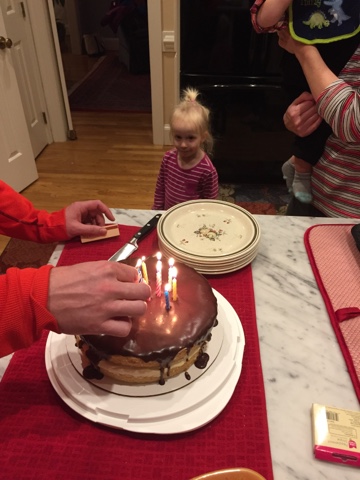 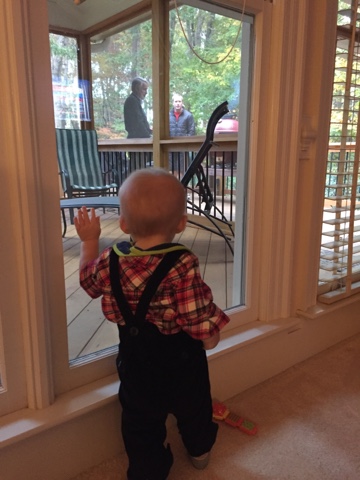 A was feeling let out 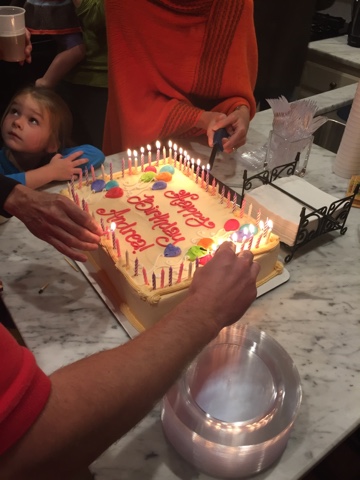 This was from Grammy's surprise party which included international guest and what seemed like 50+ friends, family and neighbors. It was a blast and I cannot believe it was actually pulled off and I was only responsible for the cake and candles (and the flamethrower to light them!) 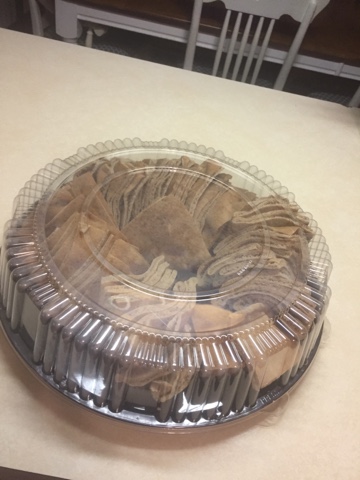 Our squirrels were thrilled to have tons of left over pita but I haven't seen too many around so I'm wondering if we fattened them up too much and then the hawks had a field day with them! 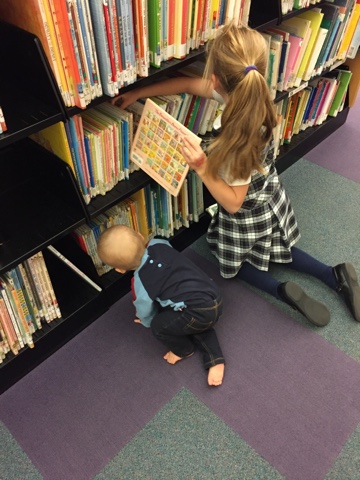 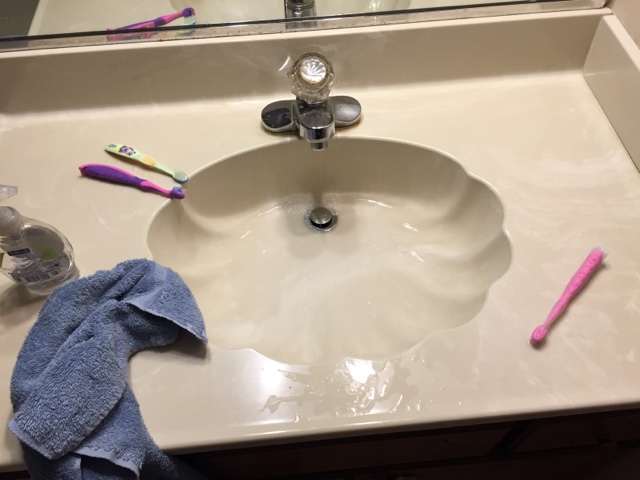 R got up from lunch one day and was taking for FOREVER in the bathroom and come to find her washing everyone toothbrush in the sink with soap! WHY????? 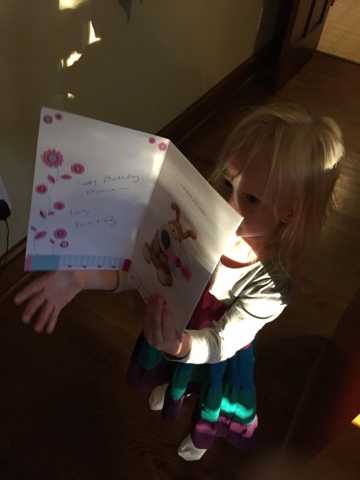 M got this really cool birthday card that has a moving part and played music... There was some SERIOUS birthday card envy going on 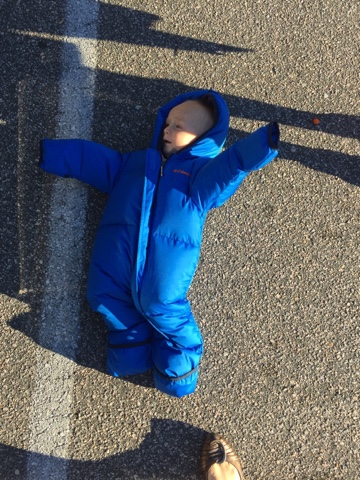 The weather right now is really confusing... It will be in the 30s when we leave the house and up to 50 by the time I drop the littles off at their school and then 60 when I pick them up. So for prayer line A was normally in his snowsuit which I realized is no bueno on the concrete because crawling around will certainly put a hole in it!
at November 25, 2016