November 30, 2016
Squeaking one last November post in about Thanksgiving because I've seen a million Christmas posts already (and its not even December!) 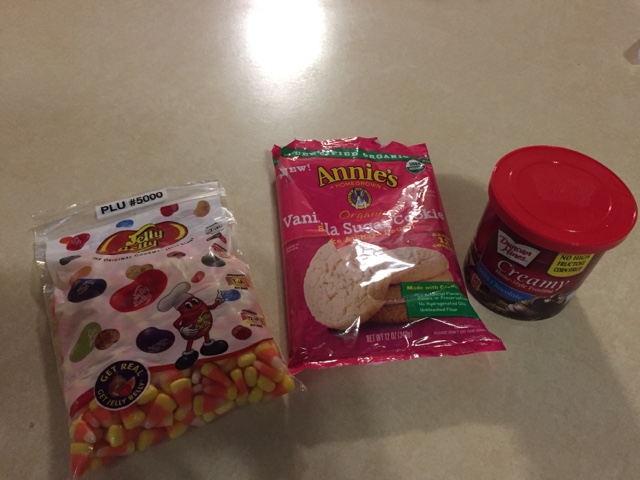 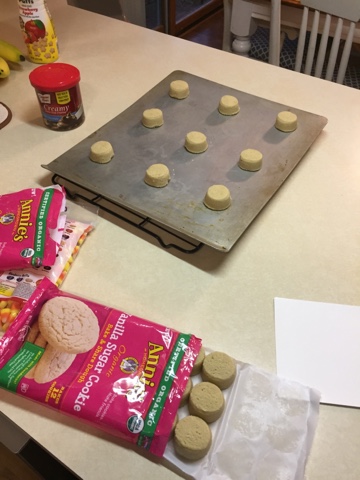 These were the only take and bake cookies that were nut free. I'd probably get them again because they were really tasty (but way $$$). Moms of nut-allergy kids... I have no idea how you do it 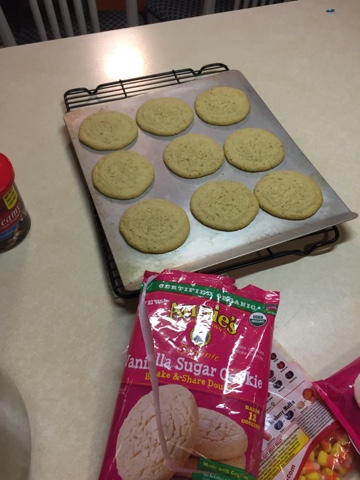 Roundest take and bake cookies... Just don't overbake. My theory, better to underbake by a little then have a crunchy sugar cookie 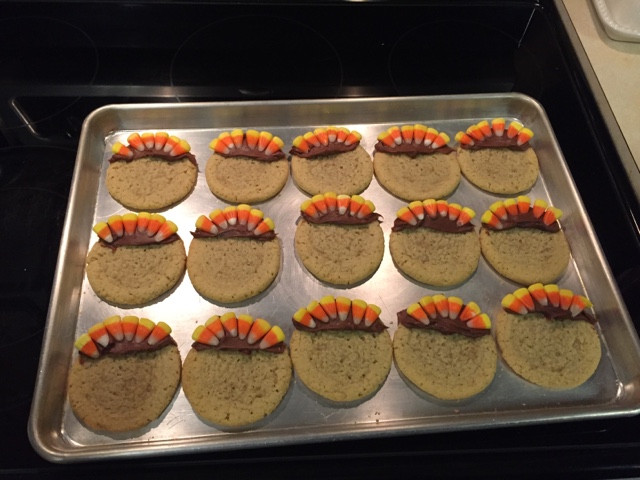 I was going to decorate them at school so I wouldn't have to worry about transporting two trays in the van with nominal amounts of flat open space - so glad I did it at home! 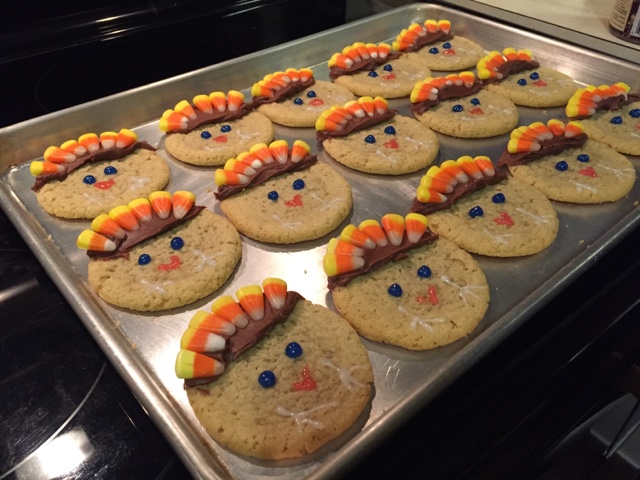 Yay Turkeys! E and M took one in their snacks because I made them for R's class party 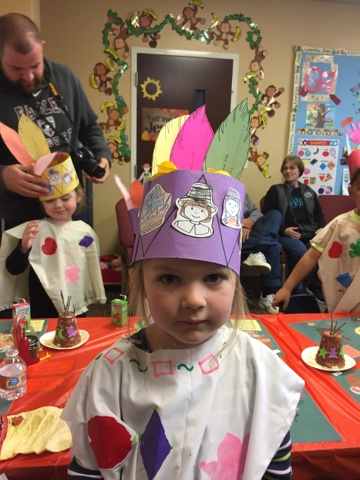 Unsure of the party 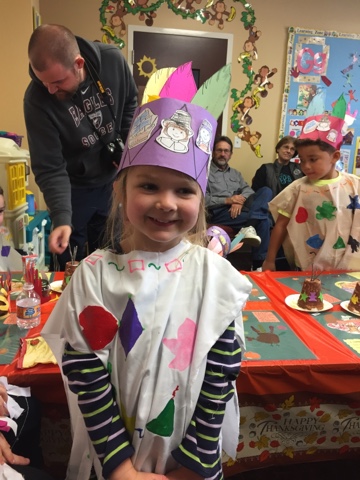 Now she's happy! There was lots of great food but the kids love the cheese the most... I had a tough time selling the turkey sandwiches to half the class 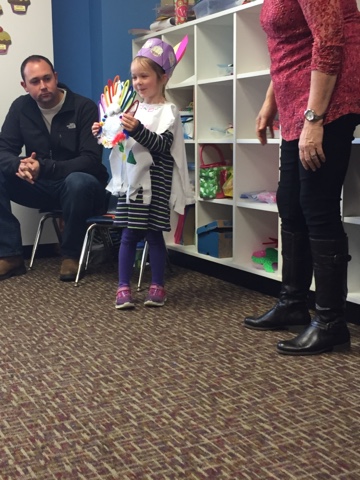 Then everyone shared their turkey project 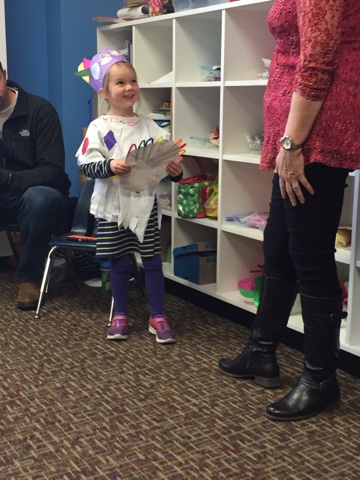 R did a great job and somehow her turkey was named Banana? Also, with 10 boys in the class - I've never seen more superhero turkeys in one room - Batman, Spiderman (x2), Superman and Captain America and there was also a policeman too! 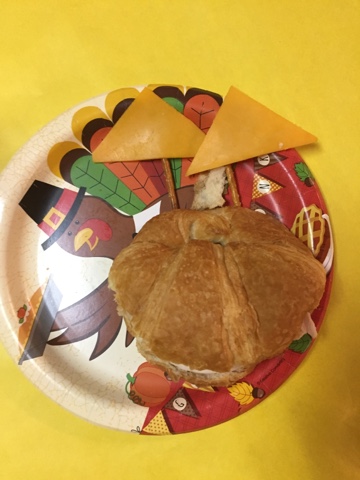 And then the littles were gathered and we shot over to E's school for E's class party. Lee cooked some of the turkey and I seriously worried him to death the night before over if we had enough turkey and because we have such an awesome class of parents... I consulted and stopped bugging him (and we had enough turkey to go around : ) 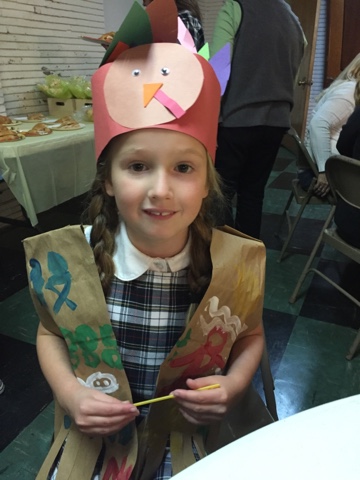 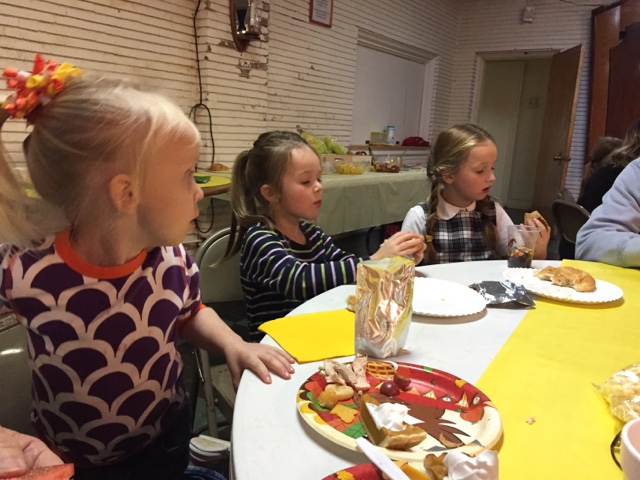 It was great seeing all the parents and catching up for a few minutes... Did I mention I LOVE E's class? 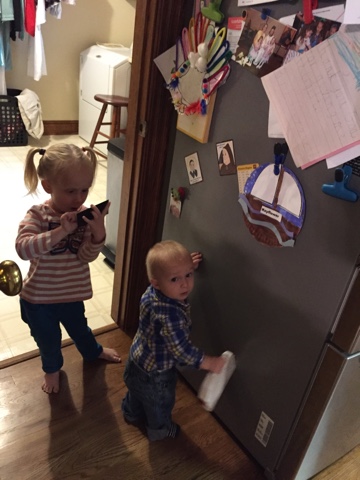 A took the Mayflower off course several times! What about M's party? Well, she skipped hers and didn't know it because I'm a protester of the action type but with E's party and the fact she's 3 - I'm pretty sure she didn't even know about it 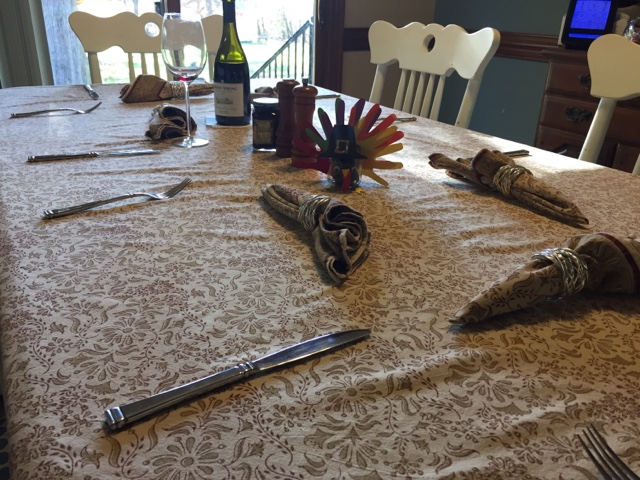 Thursday we had Thanksgiving at our house. It was new. It was nice. But I'm a sucker for keeping traditions going, so it was different. Lee cooked a bunch but wasn't overwhelmed. My family came up mid day with more food and good weather. We had a good meal and were so full from dinner we passed on dessert for a few hours. We have a better idea about the timeline for eating for next year. Also, keeping this turkey for future Thanksgiving center pieces :  ) 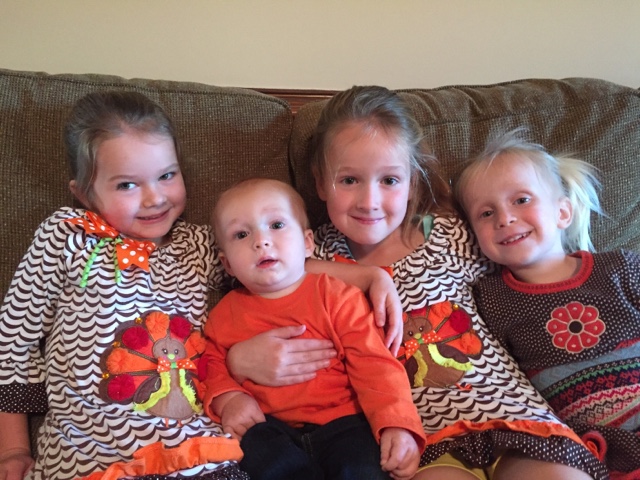 Can we say doomed for a Christmas card pic? Yes, I think so!Friday we loaded up and headed across town to Lee's family's Thanksgiving. That was great because some of their cousins were there and we really missed the ones who weren't. Weather was A+ for getting outside 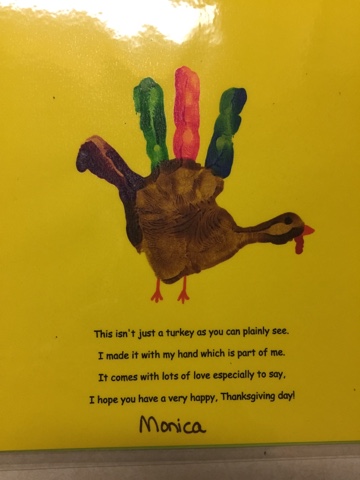 This is M's 'chicken' 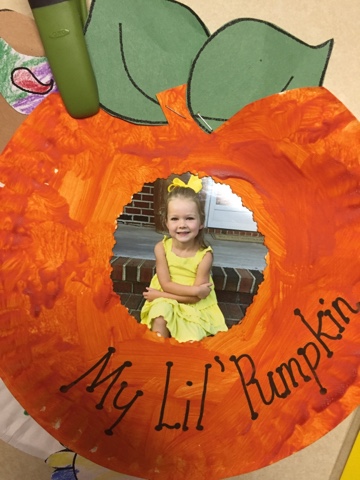 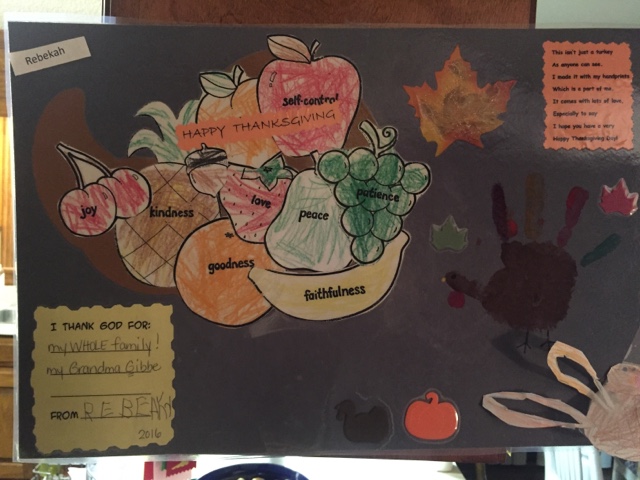 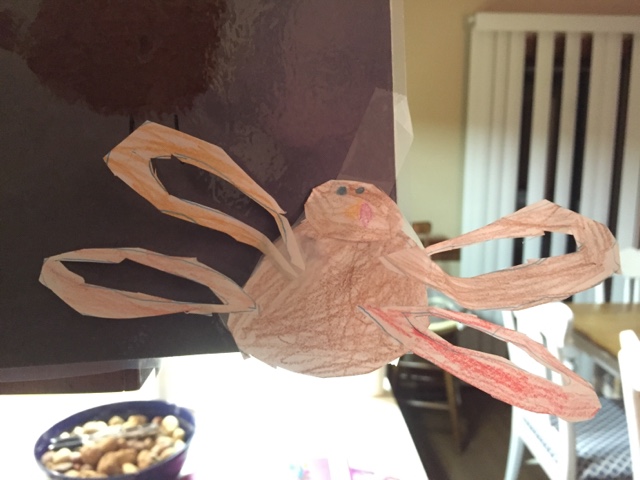 We are officially done with our turkey leftovers as of last night but there were several quarts of turkey soup (Lee made on Saturday) that are frozen for later... Last night I told M we were having turkey again for dinner and she said... "No more turkey please" and proceed to have a tearful meltdown. Shrimp scampi is on the menu for tonight!
Catholic School family time food preschool traditions