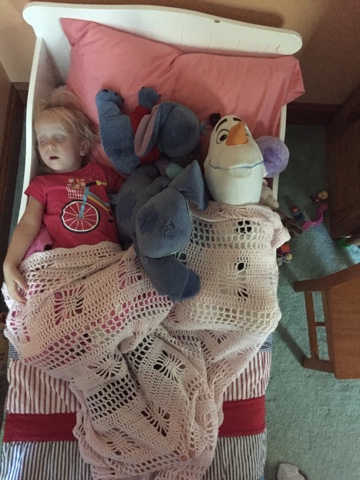 This was from million days ago but too fun not to share... 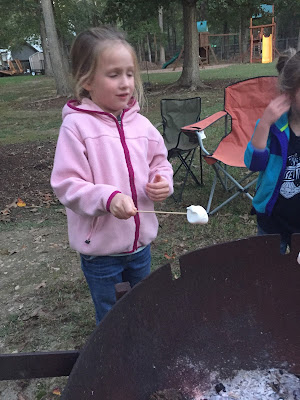 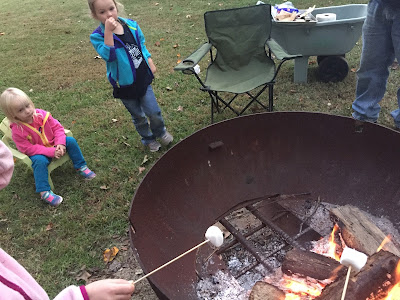 There was a healthy fear of the fire pit 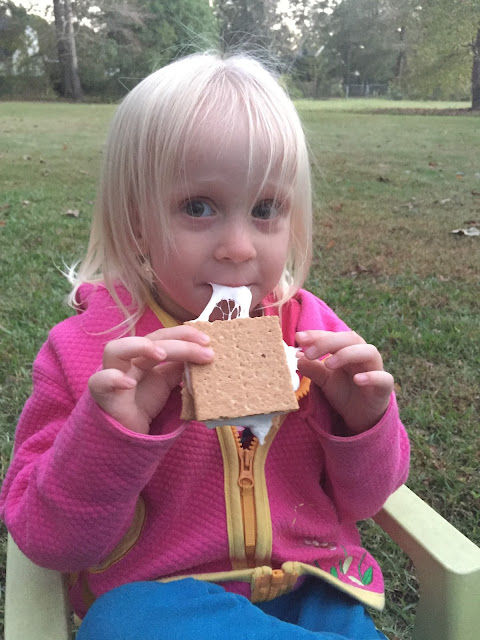 I think this might have been M's first S'more and it was a hit! 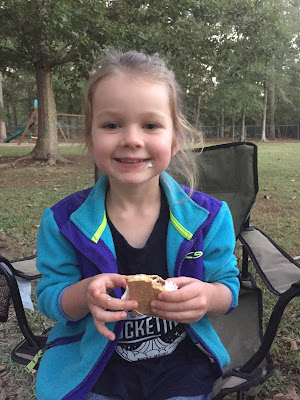 R was definitely a fan 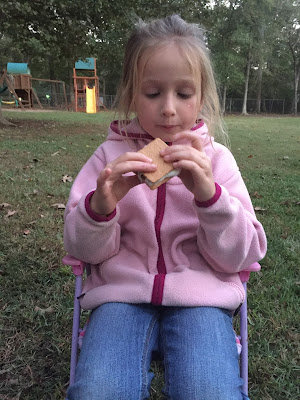 E was asking for more 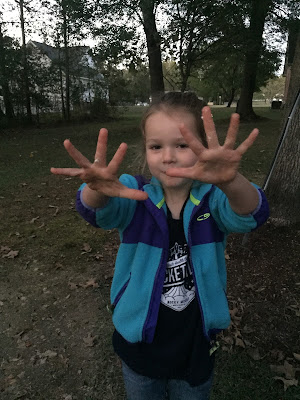 I think we'll have to have a repeat performance soon

The weather the past few weeks has been really crazy... As in really really cold or balmy and in the 60s and 70s. Not complain about the warmth and I hate to actually admit it but I think I might be ready for a bit of cool weather to stay. I am hoping for not another Christmas in the 70s - that was weird 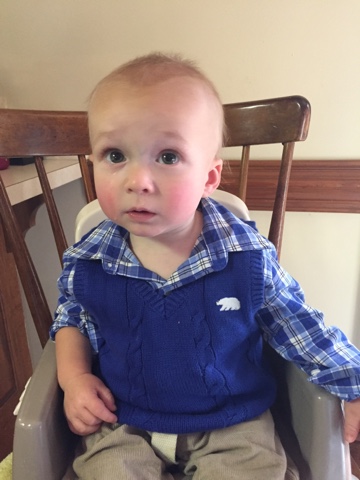 Who doesn't love a sweater vest?

I put away a bunch of A's short sleeve shirts which I had to pull right back out of the closet this week so good thing I'm not totally on top of the putting clothes in bins game.

R was having some Yy writing trouble so E stepped (thank goodness for older sisters who are also lefties) in and finally declared... Nope she cannot write a y. 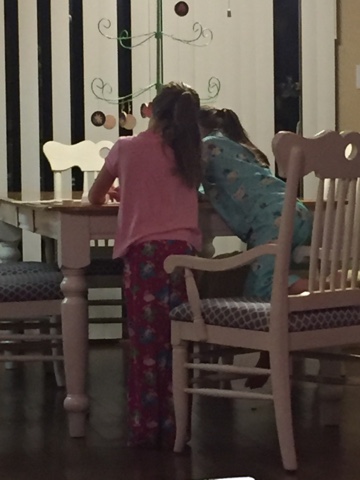 I think I have my work cut out for me next year when a page of handwriting comes home. I am quite sure my patience will be pushed to new levels (which is not a bad thing by any means!) when doing nightly homework with R. R doesn't have a lot of patience with herself so there might be lots of talking through my teeth since it is quite impossible to have a raised voice when your teeth are clinched. 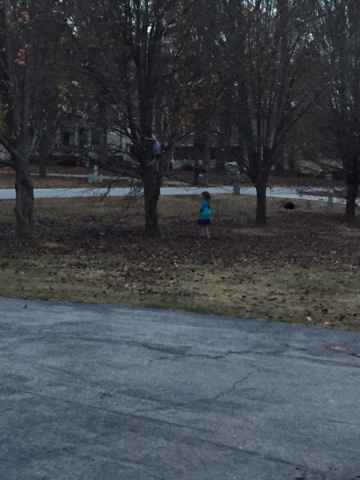 Have I mentioned I love our neighbors and our neighborhood? Yes. I have. Basically we have some really fantastic neighbors and our kids have built in playmates and moms can take 15 minutes and chat. This fall has been a whirlwind for everyone so we took advantage of a warmer afternoon and one of the boys taught E how to climb a tree. Where else would she have learned that? Now she just has to figure out how to get down on her own... 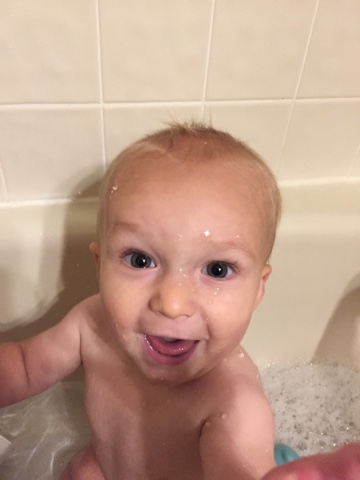 I love him (and the girls) but he has a special knack for driving us absolutely bonkers because unless he is outside in the afternoons he is underfoot in tears. Why? I have no idea. He doesn't love being held when he is crying. I can play cars or trucks or blocks and he gets bored in a minute. I think he's just ornery because he's not getting his way but what do I know?

Now, there are many other things going on.

1. Advent. - We are halfway through week 3 and our Jesse Tree is going strong and we are trying to stay on track. Read the story of Joseph and his brothers - it gets me every year. This week's activity is collecting things for St. Nicholas to take with him which could prove quite a challenge for the girls but I think I might have to bring out some of the things I've weeded out and have in the back of my closet.

2. St. Nicholas Day - Next Tuesday. I have mostly everything we need. I need to lay stuff out and really look at it. I know I need gold coins and I think I might get E and R a pack of pipe cleaners because they are obsessed with pipe cleaner crafts. I think we might have cinnamon rolls that morning for breakfast so I need to put those on our list. I cannot decide when St. Nicholas will actually come. It's fun and exciting to have him come during the night and then wake up with the chapel candles lit but since its a school day, that will be tough and I don't want to rush. So either we'll be late to school or he'll come during rest/before E comes home from school. I'm leaning toward the being late to school option.

3. Christmas - We get the kids one thing each. E and R's presents are really good. M was a tough study because she said she didn't want anything then finally came up with a new baby stroller (which I passed that idea to my MIL). So I think she's going to get a scooter from us unless I can come up with OR hear of something else she really wants. I mean what can you really want when you are 3? A is getting a carseat because... well... he needs it because he's still in the bucket. I'm still hoping I can get a Britax for under $200 but I'm thinking that's not going to happen.

Email ThisBlogThis!Share to TwitterShare to FacebookShare to Pinterest
Labels: baby brother, outside with the kiddos, quick takes, sleep