Our injury report for the week: 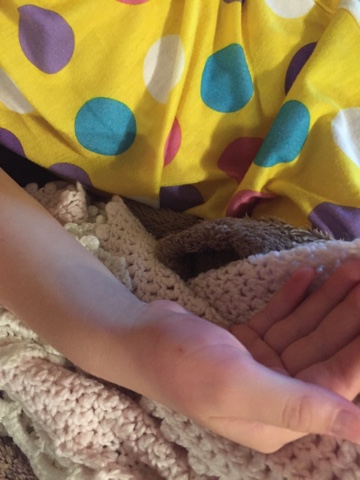 E got some sort of bite or sting last Friday - nothing a little baking soda paste didn't take care of. She came home from school yesterday with a splinter but that took care of itself. 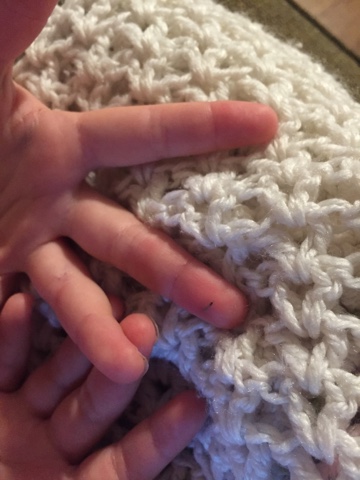 R still had her splinter in from the pre-tee ball antics. I read clove oil can help draw the splinter out so we did a few rounds of that and it seems to be gone! 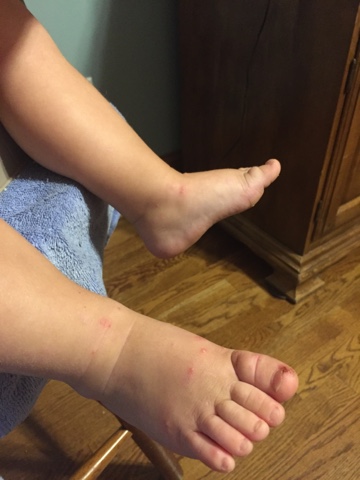 This is A's foot from last Friday, covered in ant bites. Put some lavender on those and that helped. I had to take him to the doctor this week because I was 100% sure he had a ear infection - but it wasn't. I wasn't sure if I should be happy that he didn't need tubes (okay seriously thrilled) or disappointed because I was THAT sure it was his ears.

During that appointment of having to hold him and C, I discovered he had a splinter on his hand. Of course since he's going a million miles a minute I have no idea when and where he got it. 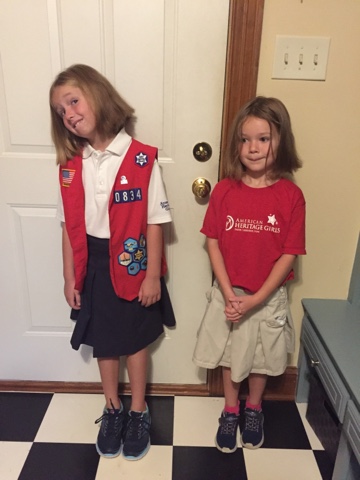 Not thrilled about early morning pics 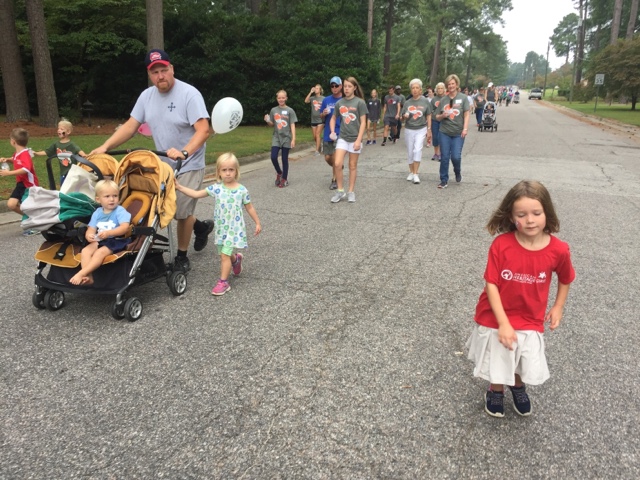 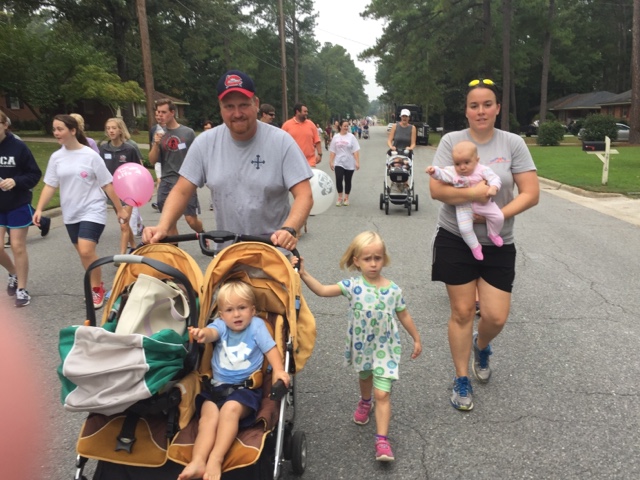 C decorated the road with spit up but none got on me! 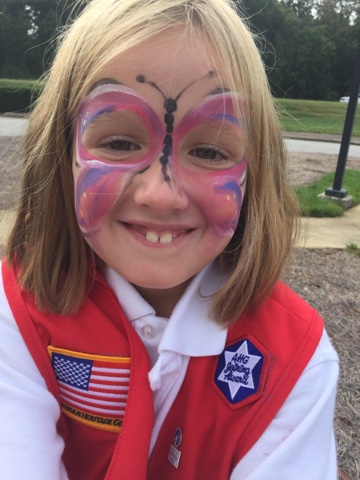 Sunday we convinced Papa it'd be a great idea to do s'mores after dinner... 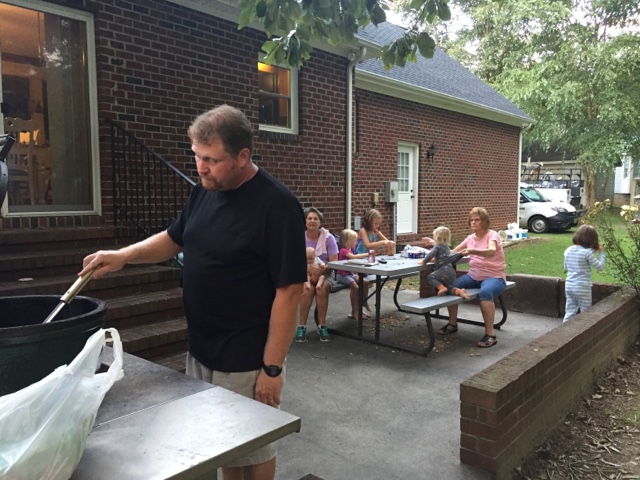 He was the reluctant mellow griller... There are flat marshmallows made just for s'mores which I highly recommend 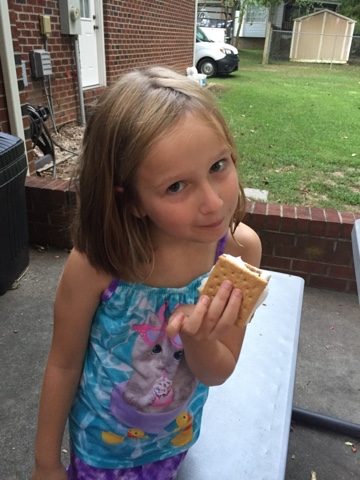 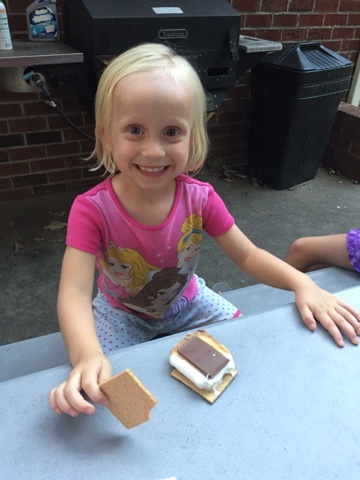 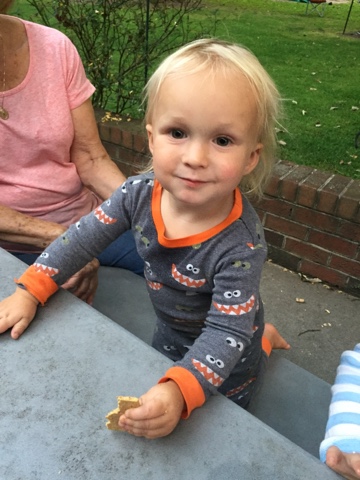 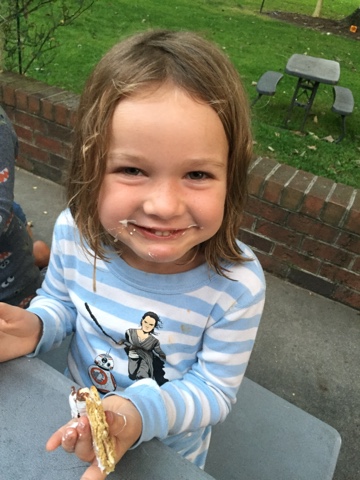 I think she likes it 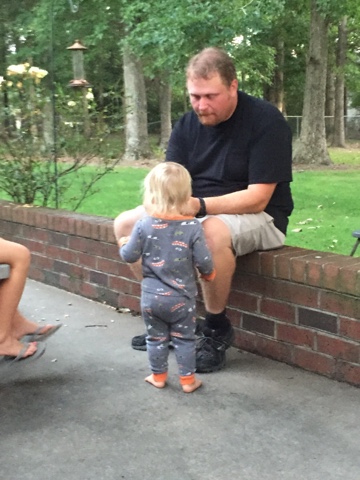 Letting A in on the secret : ) 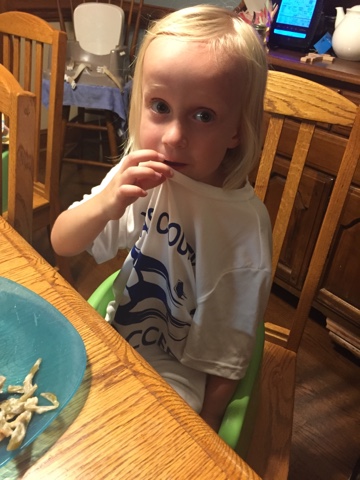 M scored 2.5 goals in her first game of the season! The game itself was just ridiculous because of me misreading the schedule (or not reading it at all and just making an assumption) but other than that it was fun. 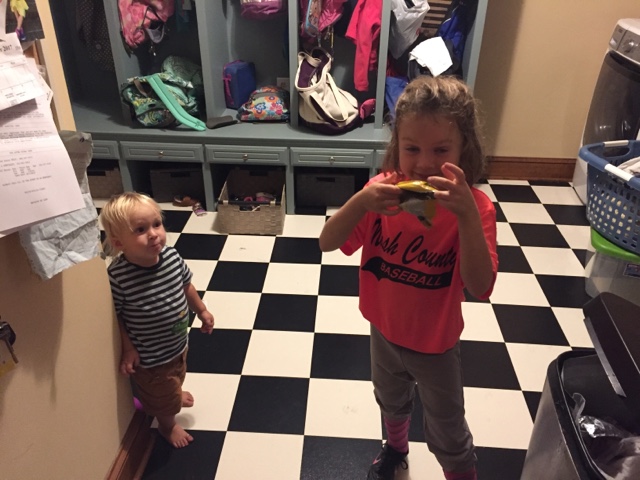 R had a tee ball game this week and there was way less playing in the dirt on her part. A made up for it by laying himself out on the sidewalk and digging dirt out of the sidewalk crack - it was gross but I cannot stop him.

I took this picture because R shared her snack with A after the game (E and M were at AHG) and R gave A the very last cookie without even thinking about it. It does my mama-heart well to see that. 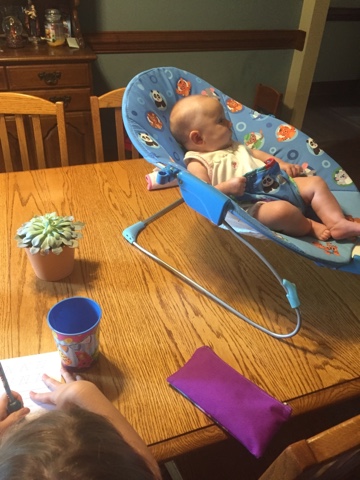 I've determined, I still despise homework, though E's amount has been adjusted a little so that is helpful. It is nearly impossible for E and R to do their homework at the same time so divided and conquered. Sometimes I think it would be better if E just did it at 7:45 when everyone else is in bed but the nightly schedule has been weird. 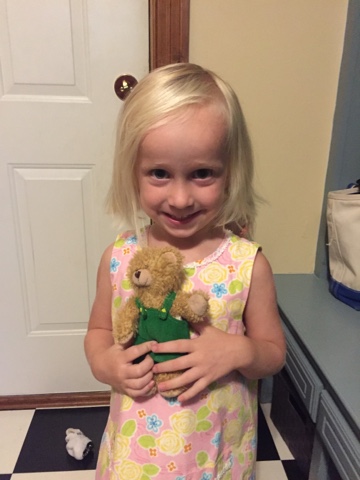 M had a tea party with her Teddy bear at school this week. $10 if you can guess the letter of the week 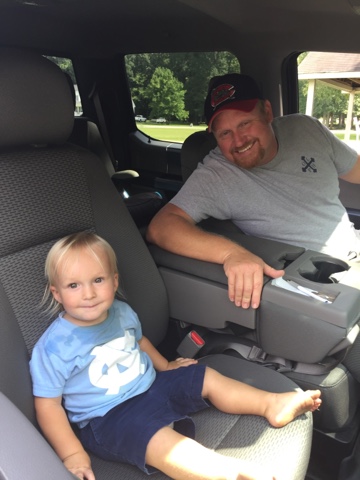 A and Papa moving his truck 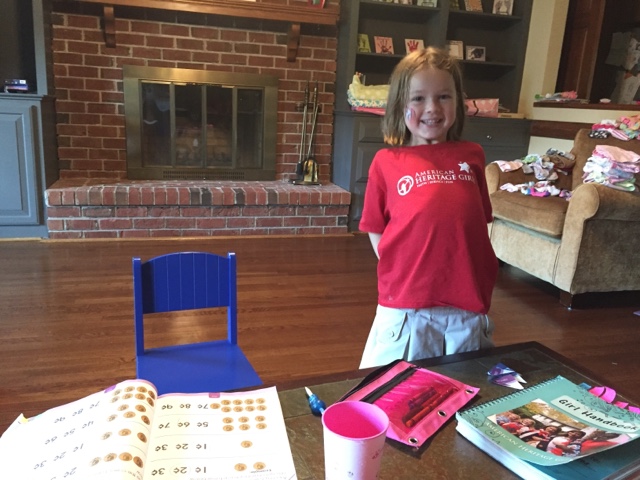 R finished her summer workbook! and opted for Wonder Woman Legos for her prize. That's been a huge topic of discussion - what to be for Halloween. R wants to be Wonder Woman and E wanted to be an angel but I think she's leaning toward Poison Ivy because E wants to have a family theme. Papa said he was going to be Batman and A could be Robin. M is going to be Batgirl and C will be stuck as a pumpkin for now. 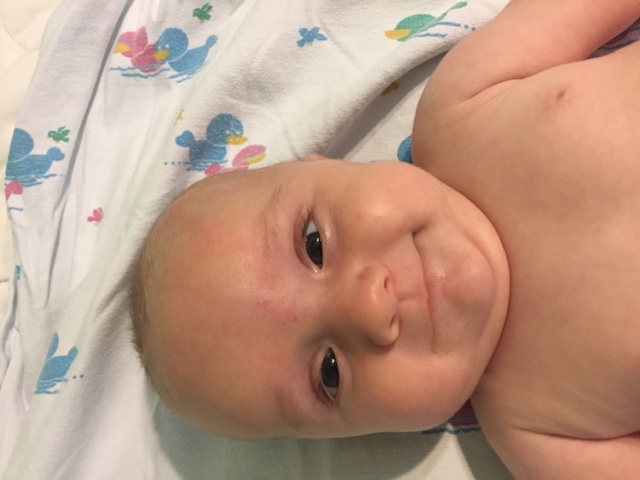 Speaking of which... C is still super cute and she's taken to squirming around more so I had to get out her mat so maybe she can start rolling over? Also she is loving her thumb these days 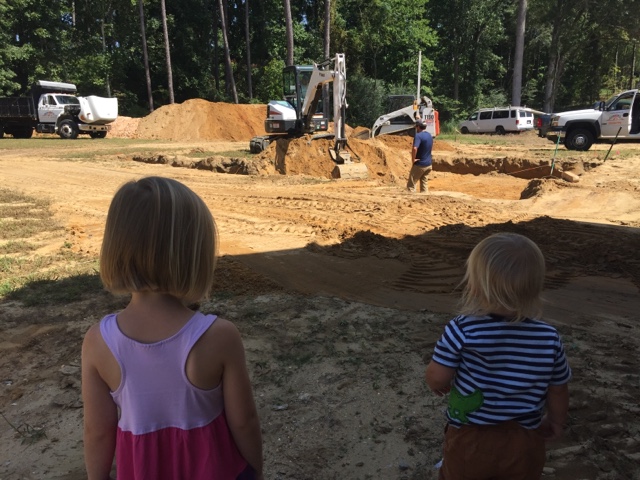 We visited Papa's latest and greatest project before lunch one day. He was working just around the corner from the house so we detoured there for a few minutes to catch a glimpse of him :  ) 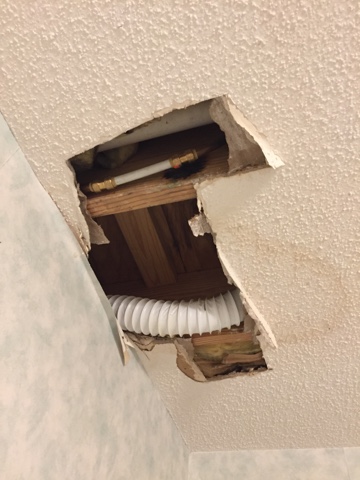 Houston we have a plumbing problem... $260 later we have that nice piece of Pex? pipe in place of the high dollar copper. We clearly need to replace our plumbing to avoid these spring leaks. 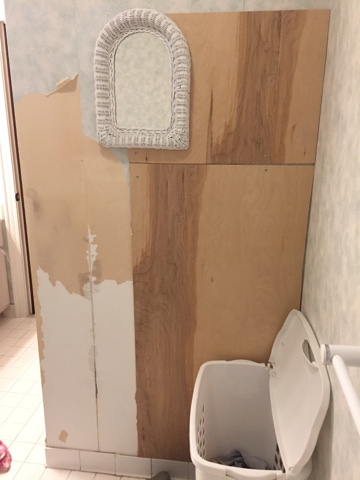 Meet the mother of the one that was just repaired... Not to be confused with the original one from a while ago.

The problem is we want to add onto our house...

3. expand downstairs kid bathroom, nix master garden tub, move Lee's office downstairs, make a designated nursery on the back side of the house without noise access, Mama office/nook, make AMAZING master closet using scheme of some friends of ours.

Basically we have big plans (that include moving plumbing) but I things should happen in parts 1-3 and Lee thinks they should got 3-1. But first we need a plan and I need an architect.

For now we'll stick with the annoying plumbing repairs and call it a week.
at September 23, 2017