The summer swim season has come to a close. Cra-zee. Here's how it went down: 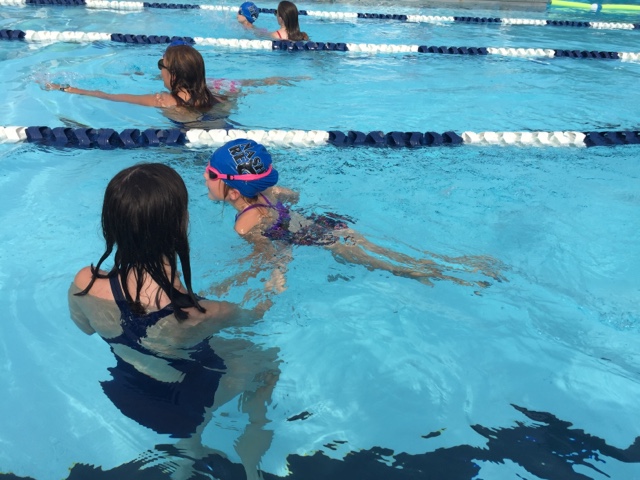 R gained a ton of confidence in the pool. She's swimming across the shallow end by herself and she really only stops to take a breathe. The breathing in line thing still hasn't happened. : ) 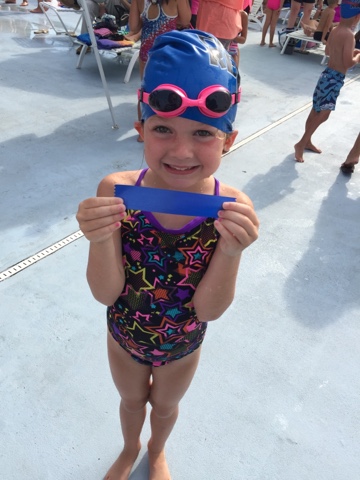 She had a fun summer and this exemplifies her enthusiasm. We really thought she was going to get moved up to 6 and under from Pup Squad and we even had the racing bathing suits in hand BUT it didn't happen. She really really really wasn't ready. She handled it well. I hope with a few lessons over the winter she'll be good to go. 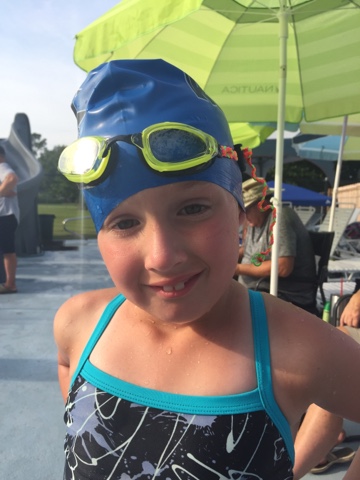 E had a good season. She was swimming 7-8 which is tough because she turned 7 right before the cut off but it is what it is, you know. 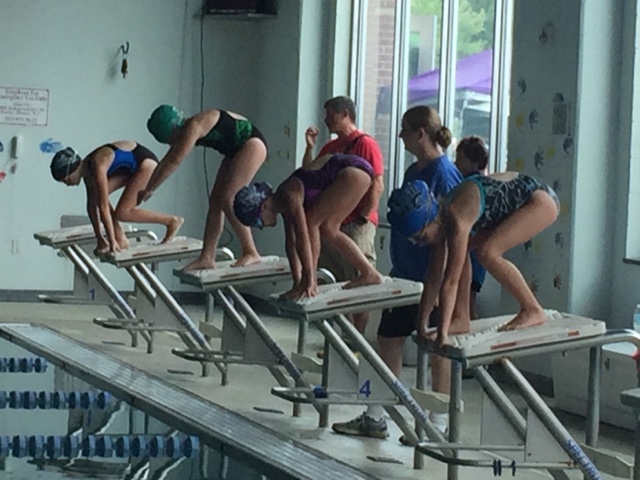 She rocked out her diving. She finally got it down. She still dives a bit deep but diving is better than flopping. I was really hoping breaststroke would be the same. She's improved but still very much DQ-able if she isn't 100% focused on the kick (it doesn't help her feet turn in a bit when she walks so having to have feet turned OUT for breaststroke doesn't come naturally). E still loves doing IM. And it that even this year was the thing I want to remember the most about her swim season. It was the last swim meet of the season (before conference) and she has practiced breaststroke a lot that week as to not DQ in the breaststroke portion. She did well in her butterfly length and then came backstroke.

She was in lane one right next to the shallow end - and I was standing right at the corner to cheer her on. E veered toward the shallow end when she pushed off the wall and she keep going into the buoy line and then hit her head on the wall. She was crying. I kept cheering - you are doing great! Don't stop. Don't stop. And I could see her face and her eyes and she wanted to stop so bad. I felt for her; she needed a mama bear hug in the pool but fortunately I retrained myself

She recovered and swam breast and free and didn't DQ! It was a 'rough' meet for her she said but to me that was the most defining race of the season.

At conference she got two 3rds and a 7th.

She didn't care too much but she might have her eyes and heart and mind set on winning a medal at conference for most points at that meet. 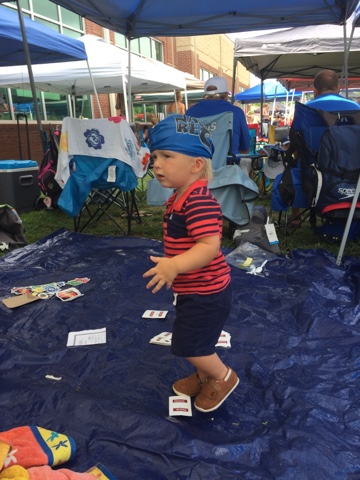 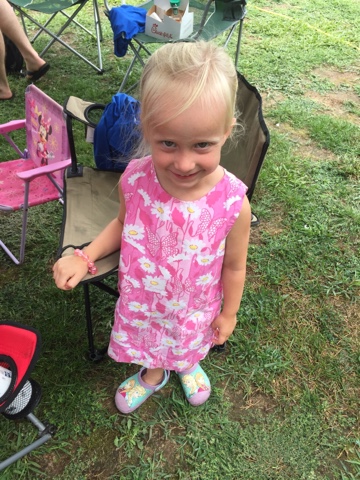 M has gotten tons of confidence in the water and I'm excited to see what next year will hold for her. She might be able to get to 6 and under if we go to the pool often over the winter : ) 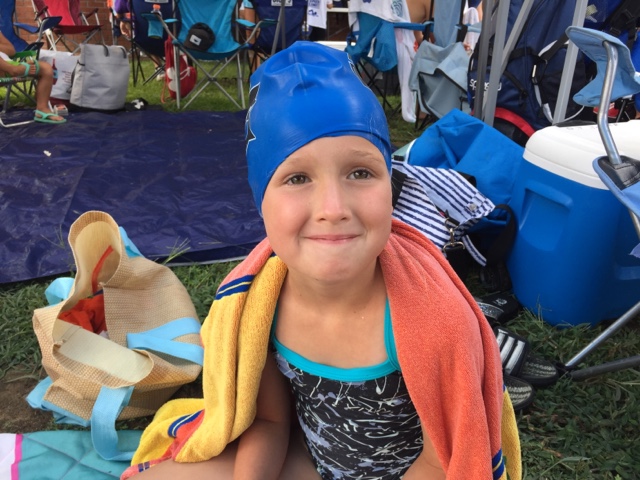