7QTs - All things A, Swimming and Such

Linking up with Kelly ... skipping a whole week but I don't really care

I upgraded my phone not too long ago... aka my boss graciously let me get a new one 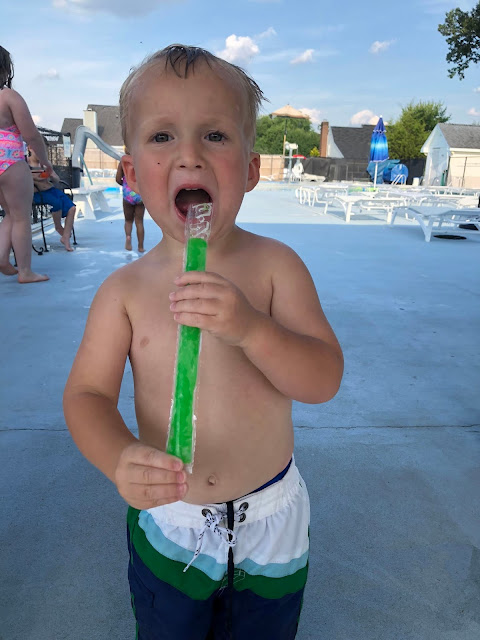 And the camera is great. 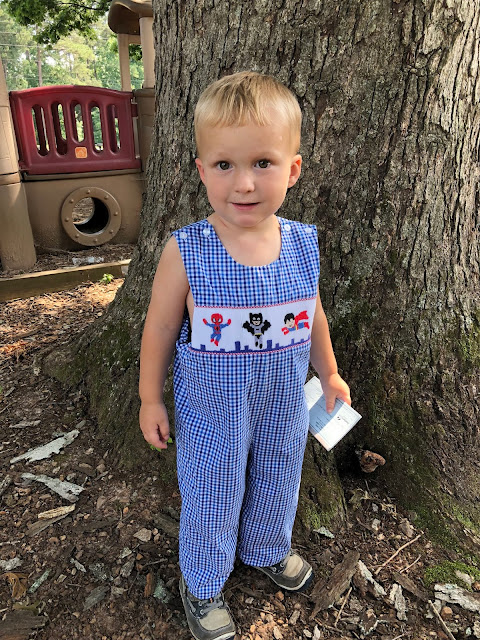 Last week was the last week of craziness... 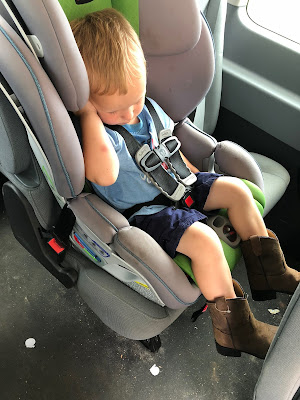 E had drama camp, and the others were farmed out between sitters and MMO. So grateful that our regular summer sitter started Monday.

So grateful. I need order in my life.

A actually wore cowboy boots to school one day last week because by the grace of God he had them in his bag. A friend had given us a bunch of shoes from the last time he walked out the door without shoes on and I kid you not, I cleaned all of them on the night before this happened.

It was either spend 45 minutes going back and forth to school with shoes or let him wear the boots.

He wore the boots.

Also that week I managed to forget C's milk cup at home which involved getting an emergency cup from the drug store for $10 million dollars (and now she refuses it) AND having a law enforcement officer, in a round about way, remind me to NOT leave my van running while I drop my (some) kids off a school because insurance won't cover that if it is stolen... BUT WHAT ABOUT THE KIDS WHO WERE INSIDE LISTENING TO MUSIC WITH THE SLIDING DOOR OPEN!!!!!!!?!?!?!?

So Monday and our amazing sitter could not have come fast enough.

We had a late night sprinkler party 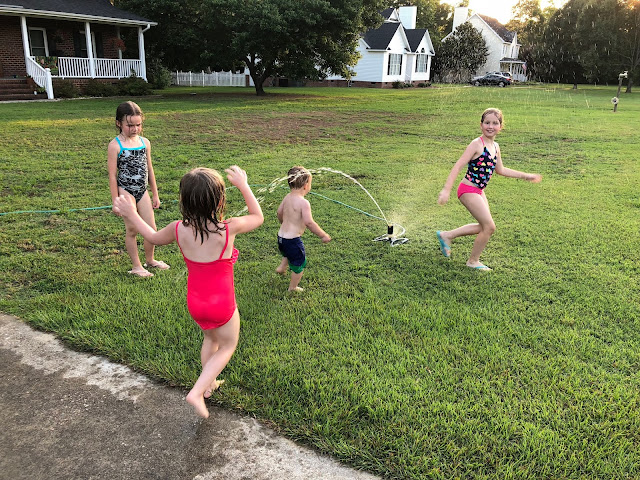 And if by late, I mean later in the evening before Papa gets home because pool season is in full effect and we aren't complaining because last year was worse and St. Joseph is looking out for us. I will say it is hard to maintain my own - it is going to be okay when the kids are begging to see Papa and crying and I just want to be right there with them BUT we carry on and will be more grateful in the fall.

Thursday marked the first official swim meet of the summer 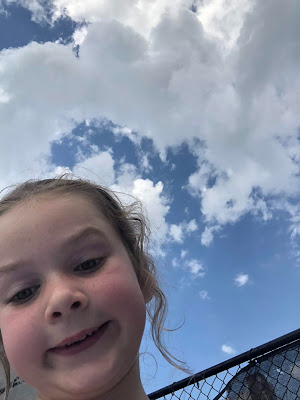 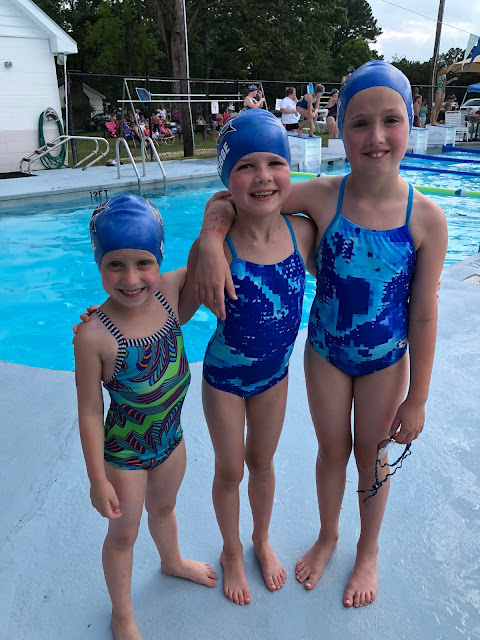 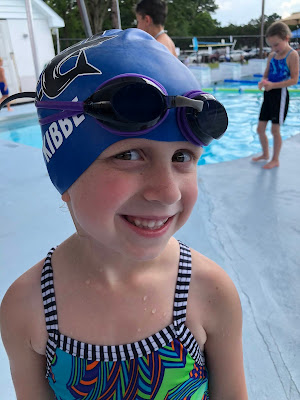 M and her pup squad glory! 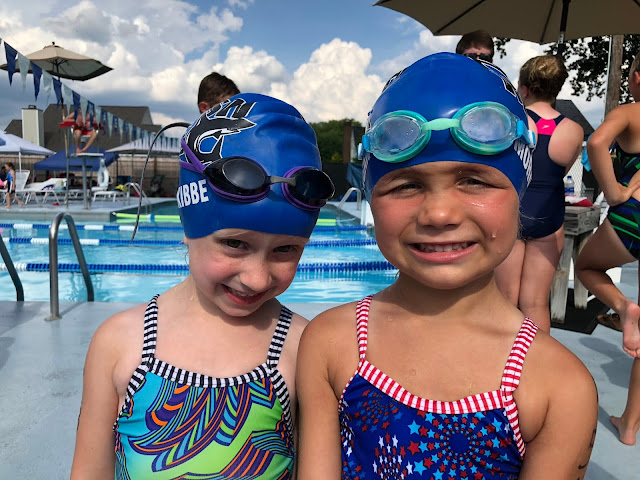 These sweet friends.... from way back. Yes scroll down and weep 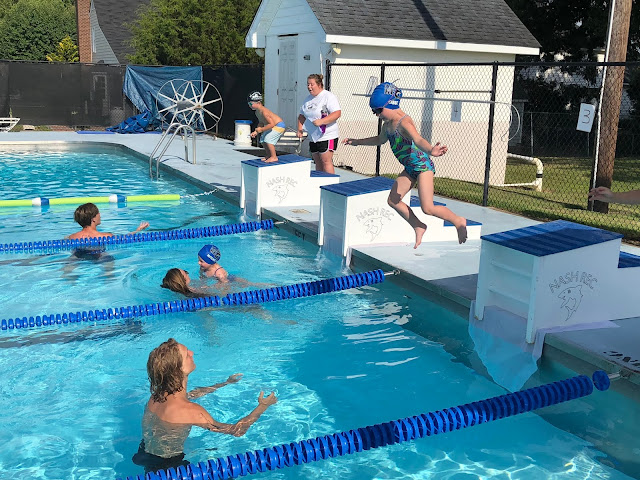 This is a top contender for best summer 2018 swim pic 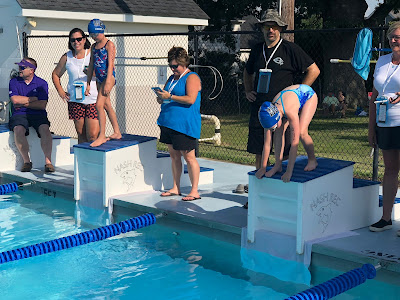 E getting ready to blast off 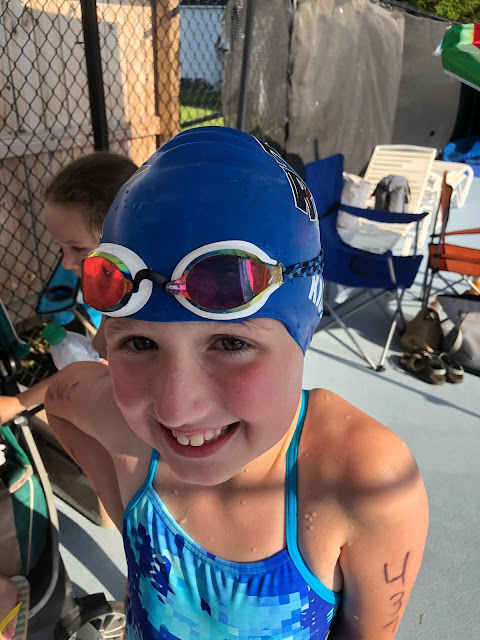 Rocked it out in IM, back and breast.... yes breaststroke! 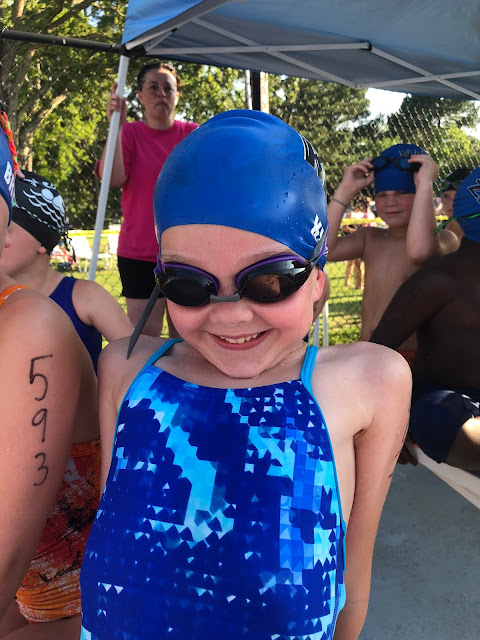 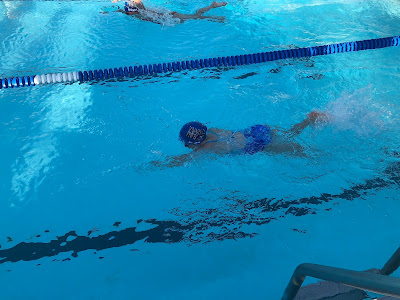 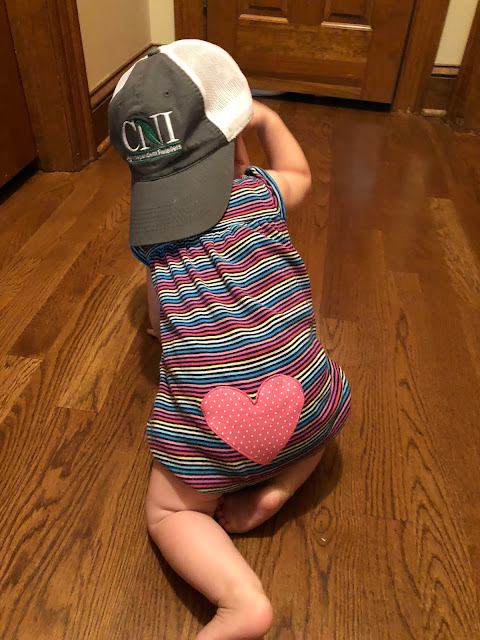 So much I could say about this picture. The girl in it. The boy whose hat it is. The Papa who has a matching hat. The awesome company from where the hat came.

So much but I won't.

Love your family. Love your job. Love the people you work with and for.

E's got a big performance this weekend for her drama camp and I cannot take any pictures and that is a bummer. All the kids have been loving the CD we have been listening to for this musical for going on a month. A cannot go to a performance because there is an age requirement which is a bummer for him but he won't know the difference.

Also, Lee and I are possibly concocting some really fun and great travel plans for us and the fam over the course of the next 3-6 months. It should be really interesting to see if and what shakes out but I think passports are in the future for all parties involved.
at June 20, 2018

Email ThisBlogThis!Share to TwitterShare to FacebookShare to Pinterest
Labels: outside with the kiddos, swim time