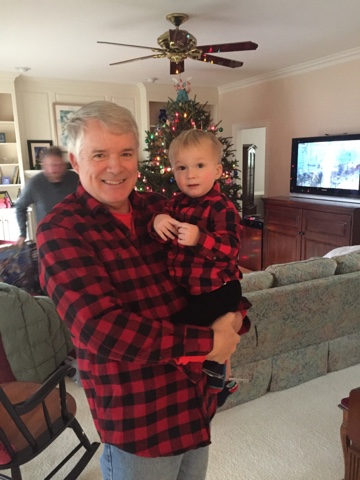 Happy Father's Day to my Dad also known around these parts as Grandpa Joe. My dad is probably one of the funniest guys you'll ever meet and he can make anyone laugh. He has a small pack of grandkids who love playing endless games of Uno Attack and whatever other board games they can convince him to play. He is an expert at pretty much everything and he's always ready to go out for a stroll. 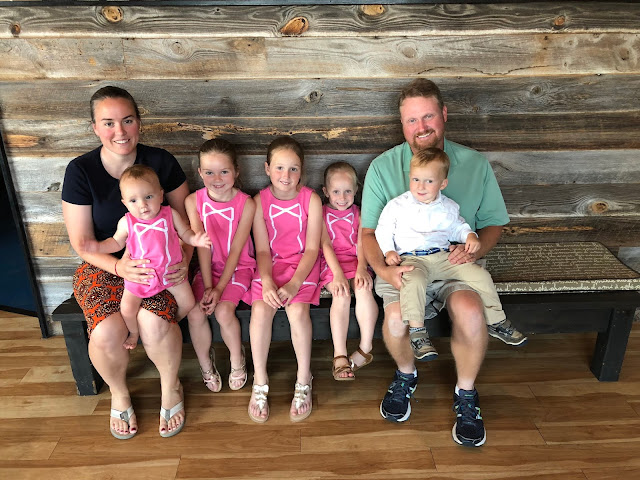 Then there's this guy. Not as seasoned in the Fathers Day department but so loved by his troop of adorers. He's super hard working especially during the summer and I think that's when I notice the kids love him the most because they whine and cry and stay up later than they should just to catch a glimpse of him some days. From work to church to home, the only way that he gets through his days is by God's grace - because he should be falling flat on his face as soon as he walks in the door and he should be dragging out of bed just to get out the door, but he doesn't.

We went to our traditional Fathers Day dinner spot on Saturday night. We were running a solid hour late, because there is a Mt Everest amount of work to be done, and I was pretty much up for ordering pizza and just scraping the whole thing because personalities, no naps, bedtime etc etc. I kept my mouth shut and put on the best face possible and everyone must have rose to the occasion for him. Even C cooperated on the eve of her first birthday and happily ate sweet potato fries. E would have nothing to do with sweet potato fries but might have eaten as many fried oysters at Lee and I. R was the first one done. A forgot his tie. M barely squeaked in the roasted veggies on her plate so she could get the last of the skillet cookie we saved her. 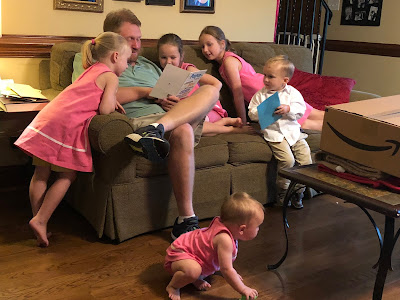 Then we came back for cards and presents... And yes there was much lobbying over who was going to sit where (as usual) 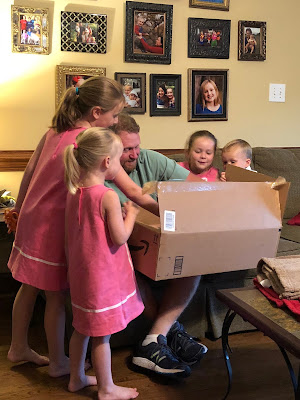 He is super hard to surprise and of course we did not surprise him. I don't know who was more excited about his present - him or the girls. There will be a lot of Friday night Lego building in the foreseeable future.
at June 18, 2018