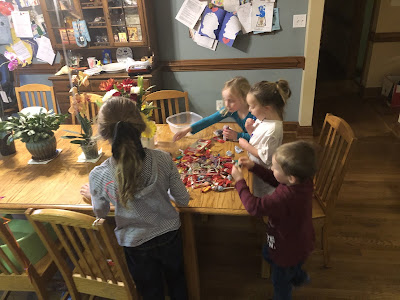 So we had BIG DESSERT night the Sunday before. We did not have any ice cream so it was anything and everything you wanted from the treat box 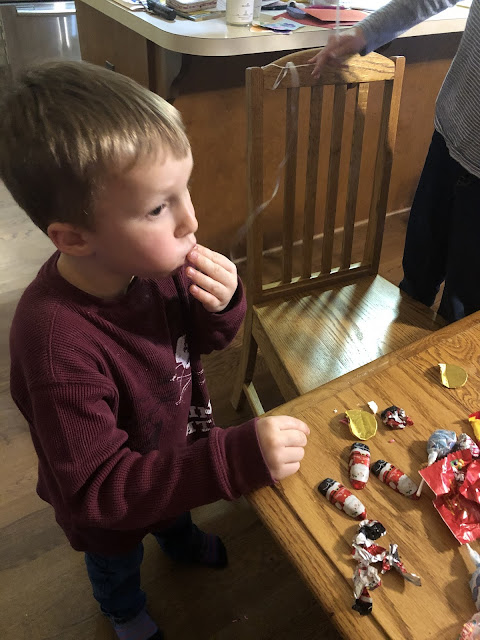 A is the boy after his mama's heart and pulled out as many chocolate candy as he could find. He can C lasted the longest at the table and finally we told them enough was enough after about 20 minutes because they might have gotten sick. 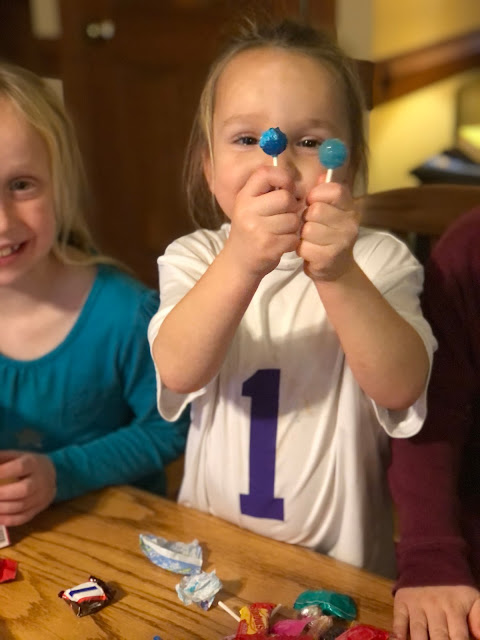 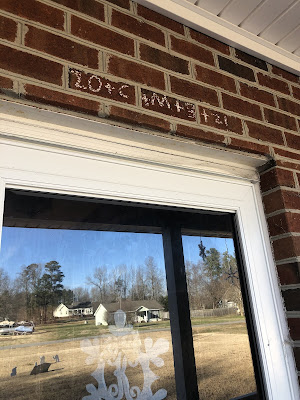 On theophany/ January 6, we blessed the house. Or I guess Papa did. Prayers, chalk, holy water.
---3---
Kibbe Swimmers - The Next Generation! 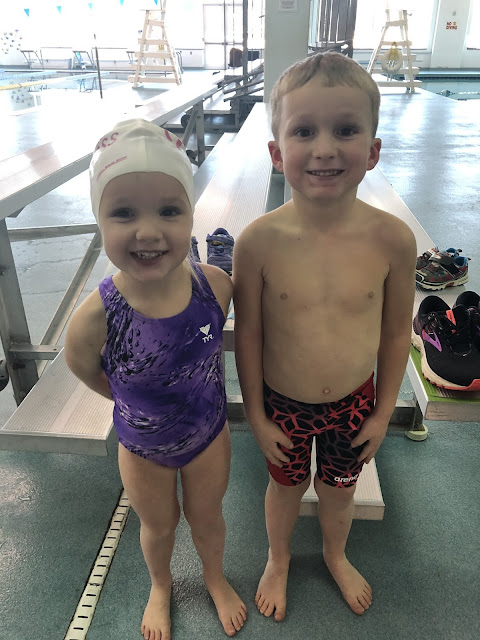 I've taken A and C to the rec pool while the bigs have swim practice a few times. J hangs in the stroller so I don't want to push my luck. Since masking is required for soccer they won't be playing this spring so maybe I can suit up J for the pool and we can all go.
---4---
How we Roomba... 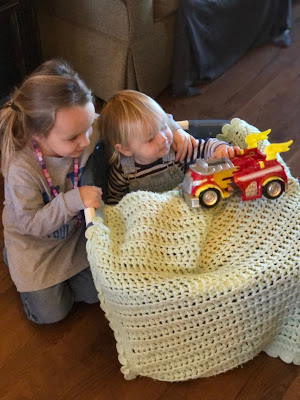 With big siblings entertaining him. 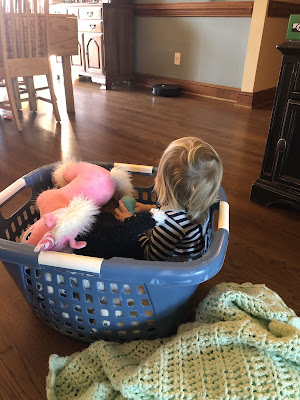 J has to be contained when Roomba runs around. Sometimes he’s in his chair and other times he’s in a basket
---5---
Valentine's Day, so you know what that means... 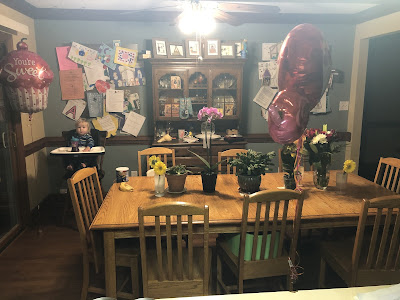 Flowers for the girls, balloons for the boys, heart shaped muffins and a swim meet for E
---6---
With the girls I did lots of matching pics... 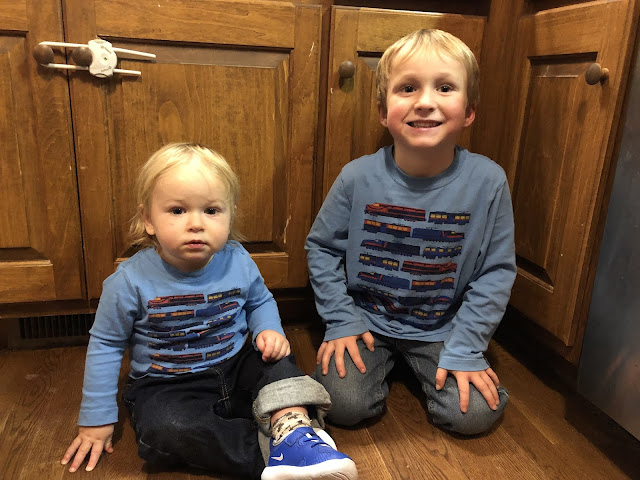 So here's one of the boys who desperately need haircuts. I think I'm going to have to breakdown and trim up Js.
---7---
We are in the throw of the stomach bug. I thought just half the kids had it because we had a pretty quiet day at home but this afternoon me and R succumbed to it and then E and A weren't far behind. Papa appears to be the last man standing. We'll see if that holds. Praying he does.
We've been battling it since Tuesday afternoon. Fortunately the weather has been nice so the non sickies can go out.
at March 11, 2021