The Sisters - A Quick Update

I should periodically update what each of the siblings are doing… so here goes! 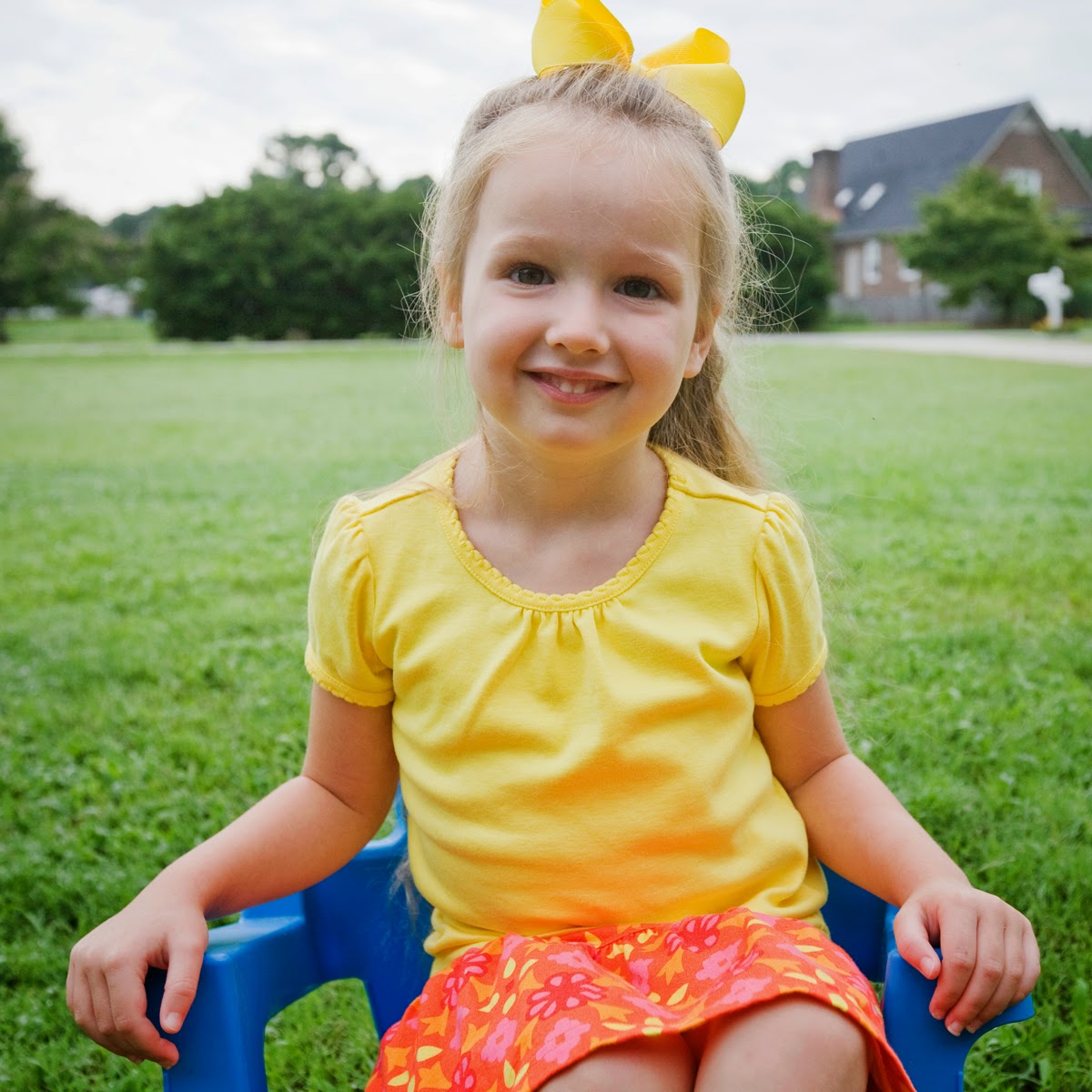 Currently E is anxiously awaiting the start of pre-K. I got her a pre-K workbook from Sam's and she is almost done with it and her efforts will be rewarded in the form of new markers (her pick) and possibly some new Legos (my pick). She is so scared of bugs and dogs it kinda drives me crazy but other than that she likes going outside to play in the Sprinks and swing and make water slides on the playset. Of recent E has gotten into a whiny - I don't like this, that and the other thing - mood sometimes and we are working through how to deal with it. I'd heard dealing with your kids character issues can be quite the challenge so here's to a long road of character training. 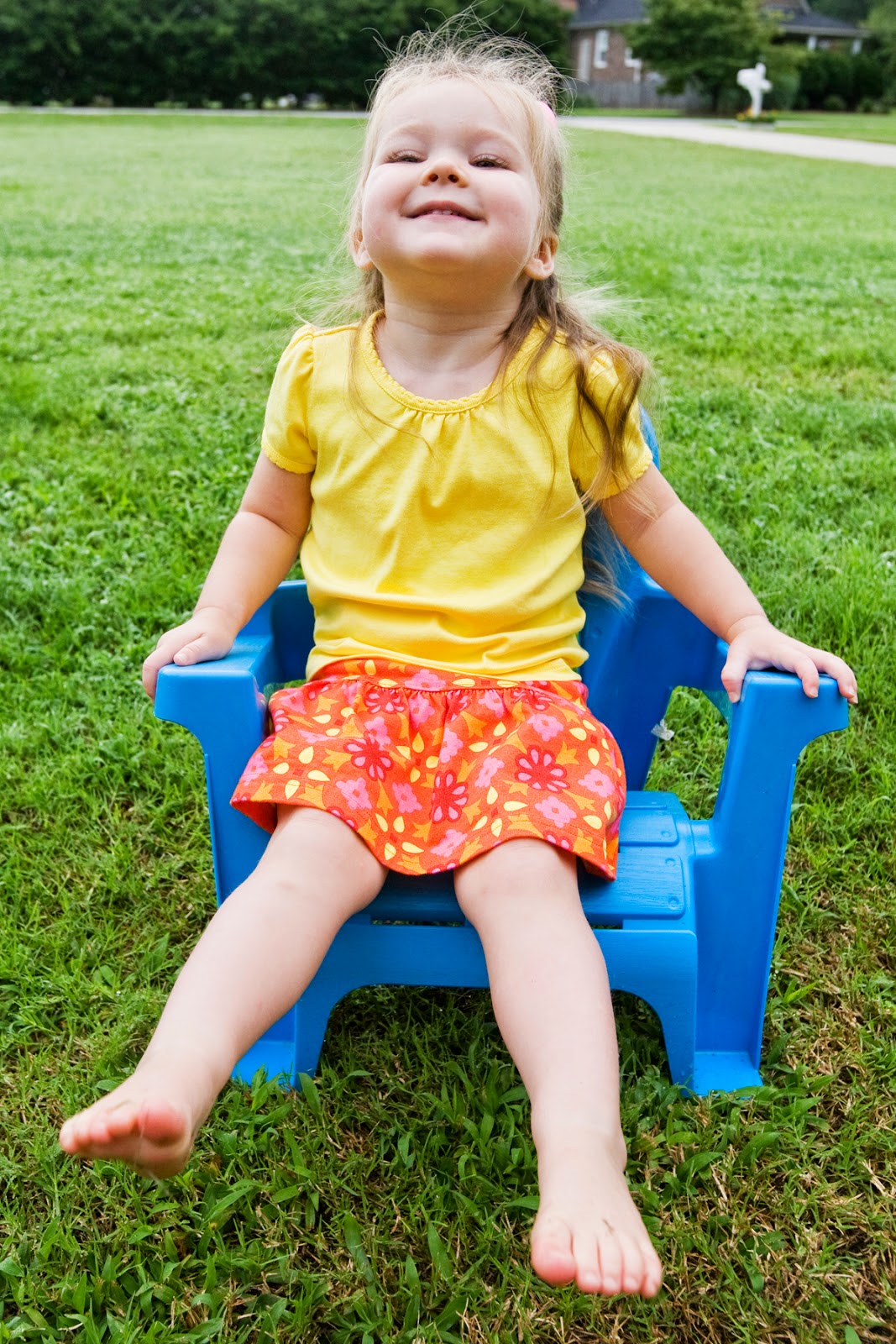 This picture pretty much sums up R. She is in this generally carefree 2.5 yr old mode. She like her big sister is afraid of dogs and bugs and she cannot be reasoned with so usually it does not end well. She continues her laissez-faire mindset about using the potty - which drive me cra-zeee. But I'm taking a I-got-bigger-problems-to-stress-over attitude which has resulted in some potty successes. She is getting so stinking big. I looked a pics of her from last fall and I think where has my toddler gone? She recently spent the night a Jibbes and she packed up and waived bye to everyone and gave everyone a squeeze and was on her way {tears}. She is attentive to M. Whenever M is crying, R brings EVERY single toy of M's that is in sight and piles them up in her face which is hilarious and usually overwhelms M and then M forgets why she was crying in the first place. 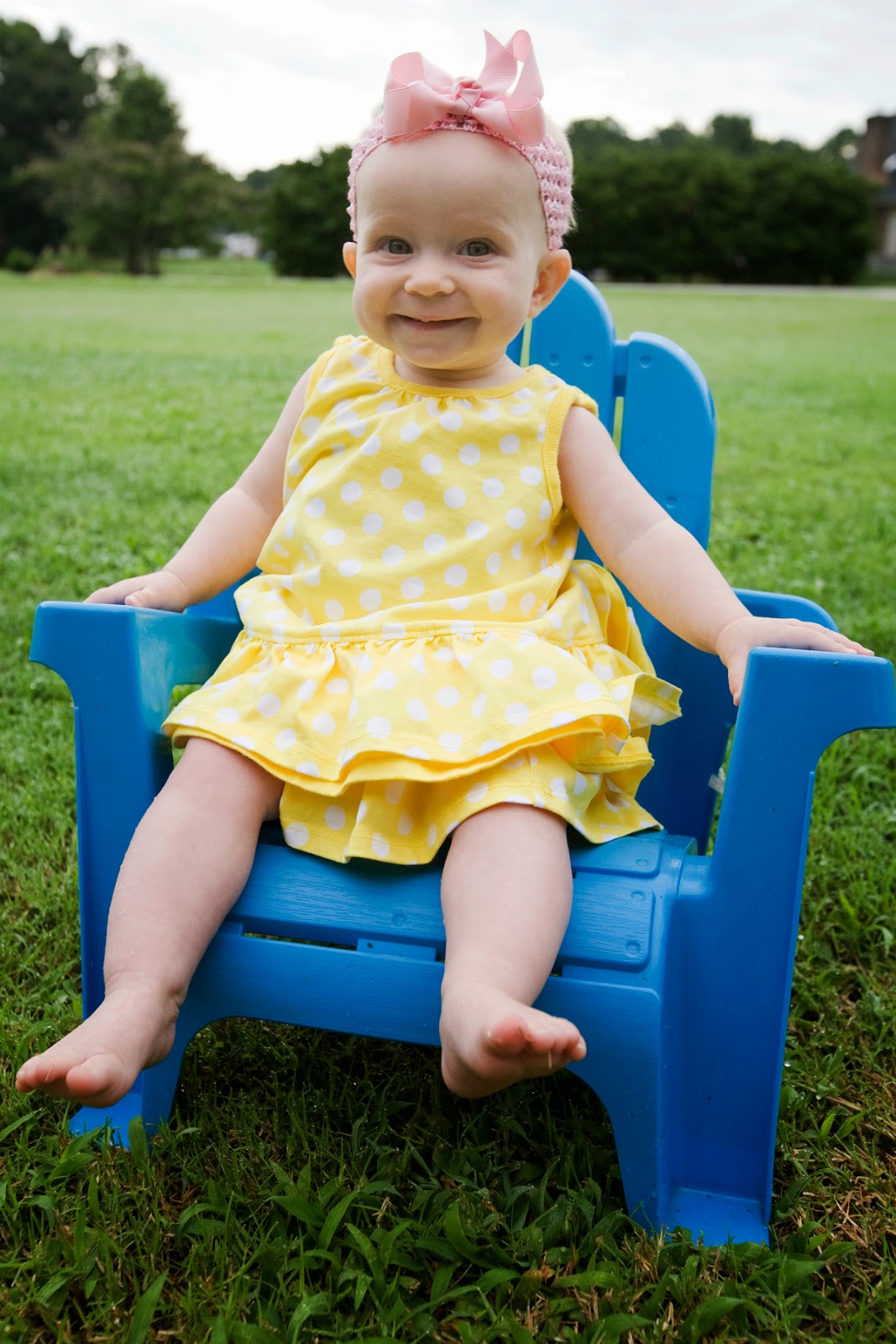 Gah! The cuteness of this kid. I pretty much cannot handle it. M is still going to work with me - for now but I imagine her days are numbered. The only reason why she is able to is due to the fact she still takes a good 2 hour morning nap - in the bathroom with the lights off and fan on. {insert mom judgement here : ) } E and R were not as into their morning naps so they ended up going to Mothers Morning Out around 8-ish months maybe. M now holds the record for longest nursing bebe. Again E and R had dropped nursing at 9 months (nearly to the day). M does not seem ready - though I think that will change when she started going to MMO. I'm ready for her to wrap it up but it is not about me. Currently M is doing an Army crawl on the hardwood floors and getting around quite well. She loves to find a cord and pull on it and chew on it - which is currently a problem. We have maneuvered several cords out of her reach. Overall, she like here sisters, are getting way too big, way too fast.

Email ThisBlogThis!Share to TwitterShare to FacebookShare to Pinterest
Labels: the sisters