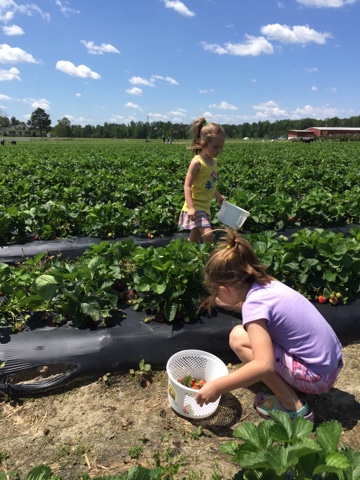 The girls and boy and I packed up and headed more than a few miles down the road to pick strawberries today. 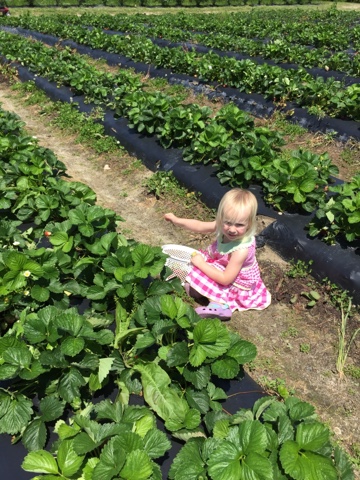 The farm we went to has organic you-pick strawberries - which is awesome. 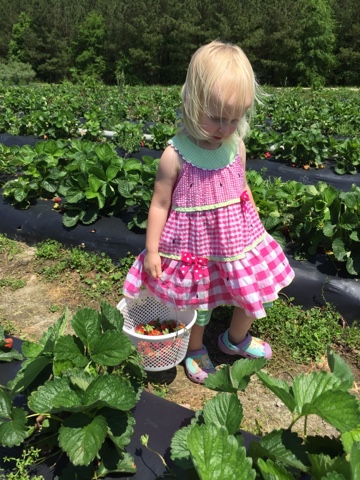 But last week the weather was wacky and the plants were pelted with hail thanks to a thunderstorm. This week it has rained like crazy so the plants are SUPER water logged. There is some part of the plant or fruit or something that is going to succumb to some sort of fungus sooner rather than later (probably because of all the water) and there is nothing that can be sprayed on the strawberries that is certified organic (or at least that's how I understand it). SOOOOO... we went out to support our local farmer and get some super cheap organic strawberries. 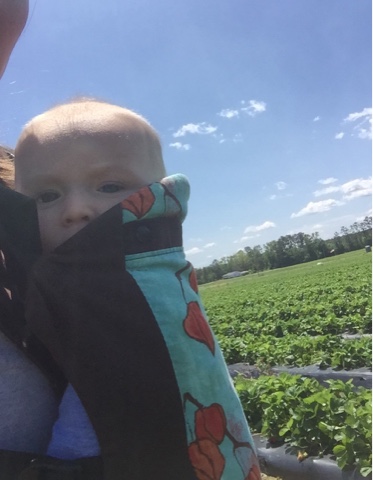 A was a good sport for most of the time 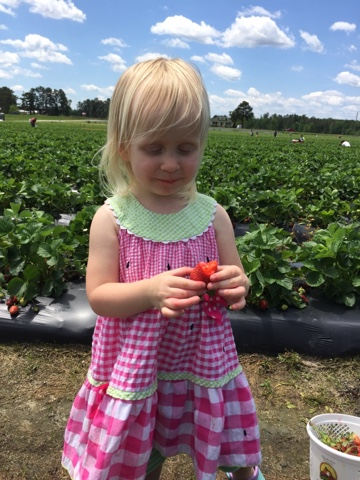 M was surprisingly helpful and played along for at least half the time. I think she took off the bottoms of several strawberries and threw them in her bucket so we found those at home. 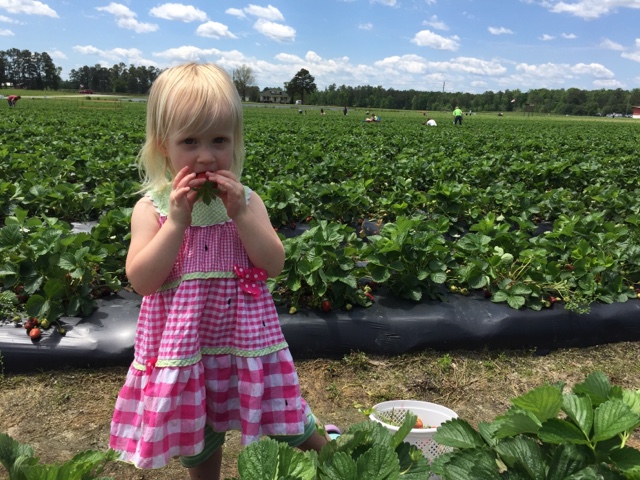 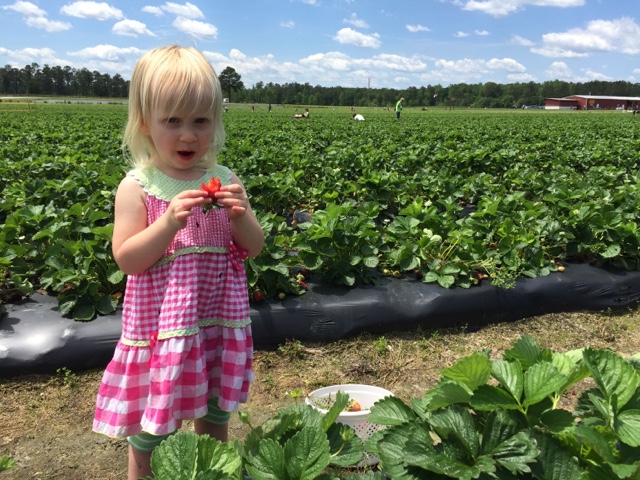 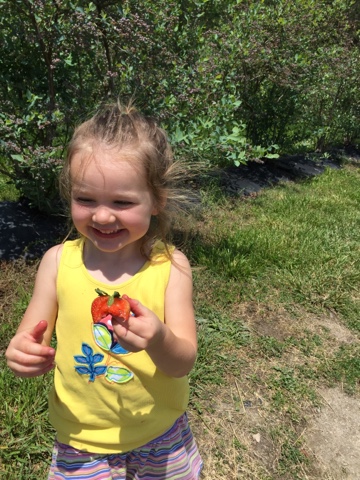 R kept saying she was hungry so I told her all there was were strawberries. She was happy but then tried to make me believe her finger was bleeding but it was just strawberries - problem solved. E is a self-proclaimed strawberry hater - except in smoothies; same with tomatoes but yes to ketchup and no to spaghetti sauce 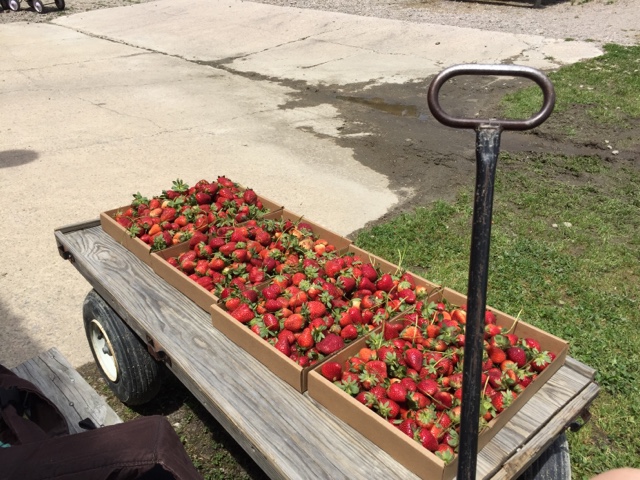 The loot. 6 buckets full for $30! I knew some were bad and other needed trimming because of my help but I wouldn't have been able to do it without them. They were awesome little worker bees! And despite it being well past lunch time didn't complain about a late lunch when we rolled home at 2. 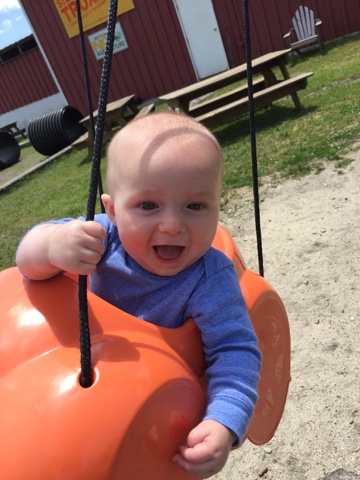 This is my favorite pic of the day! 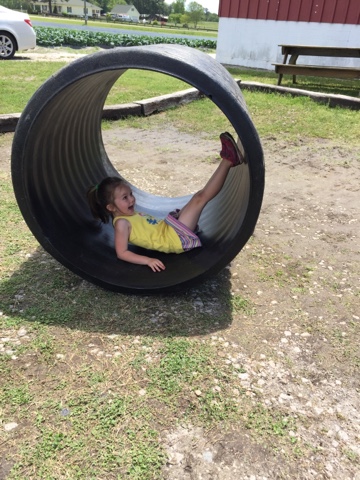 The swings were too big for the bigs so they settled for this... 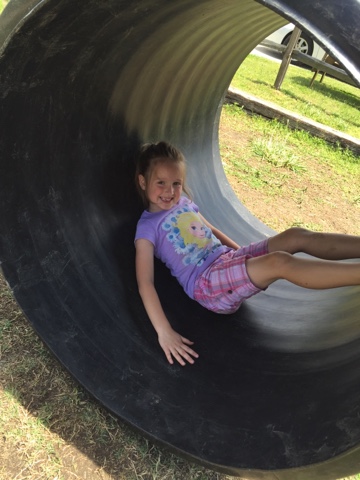 I think we need a few for our yard 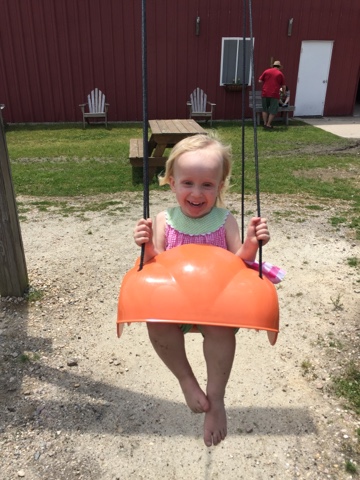 M had a grande time on the swing as she always does! 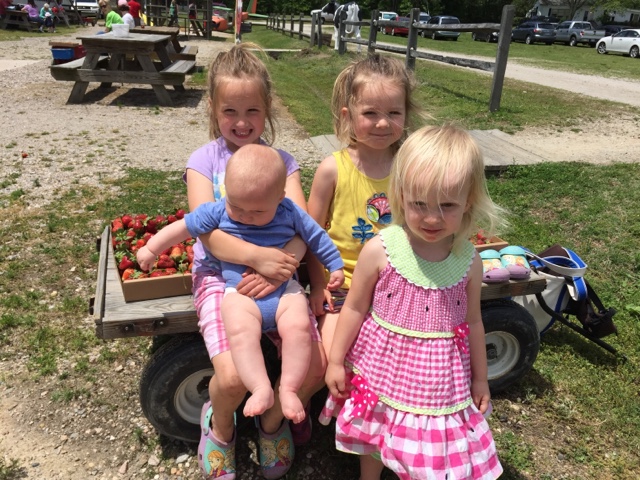 Strawberry Picking 2016. I let E and R go play for 'one last time' while A and M and I headed to the van. A nice dad and his son offered to pull the wagon while I herded M and toted A. We found some space in the van for the 4 flats of berries - no small task, you know. Then I called for E and R, which was followed by - "oh, you have more?".

Oh indeed. They are the reason we collected so many strawberries! 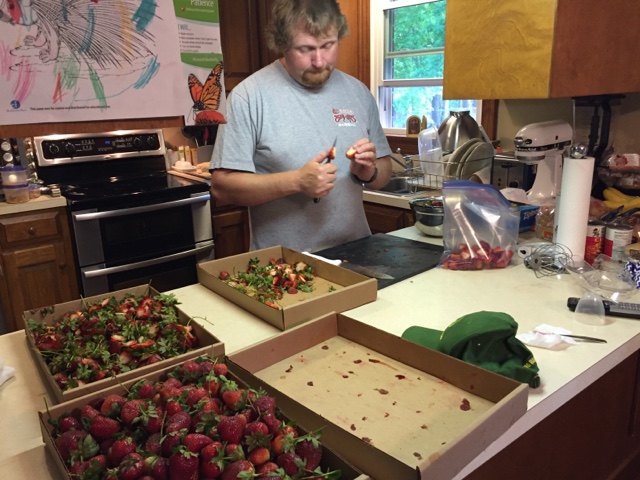 Papa washed, processed and froze our loot. Strawberry smoothies are in our future and we won't be paying an arm and a leg for them for awhile.
outside with the kiddos traditions