Since these are turning into biweekly recaps... 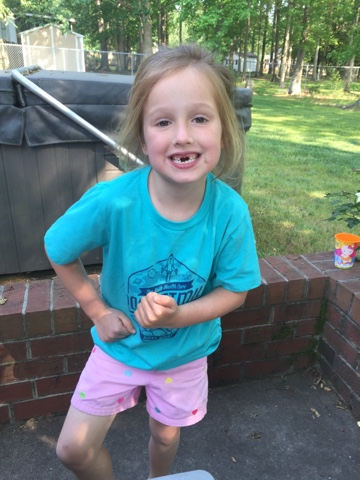 I have told her on more than one occasion I miss her little teeth and I really do. I didn't miss the losing them part though. The first top one came out at here birthday celebration when M knocked her in the mouth and the tooth got pretty bloody. Then 36 hours later, before church I couldn't stand looking at her tooth that was a little cock-eyed and I convinced her to start wiggling it. I finished it off and didn't even get blood on her dress!

Pro-tip - have your kid hold on to a counter or table or something when pulling their teeth so they cannot grab your hand because they are SUPER nervous/skiddish.

Grammy took E to the ballet for her birthday so that means R got to rule the roost... 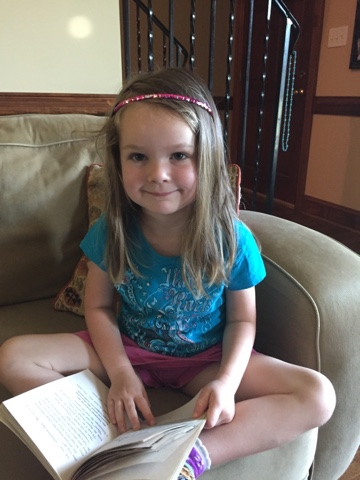 It is so funny how much the dynamics can change when one sibling is missing. Plus I got 3 kids bathed and put in bed in record time because 3 is a breeze when you are used to 4! 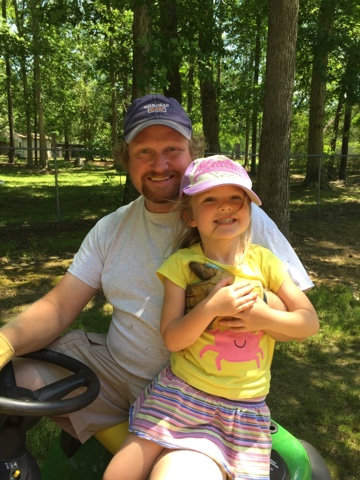 Also helped in the mowing department

A is cute and crazy all wrapped into one... 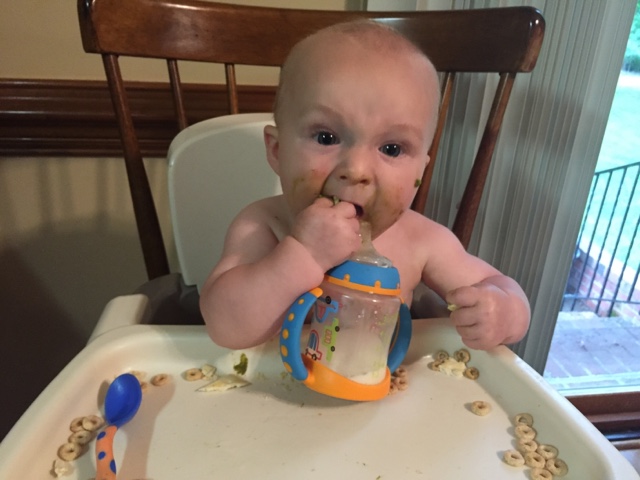 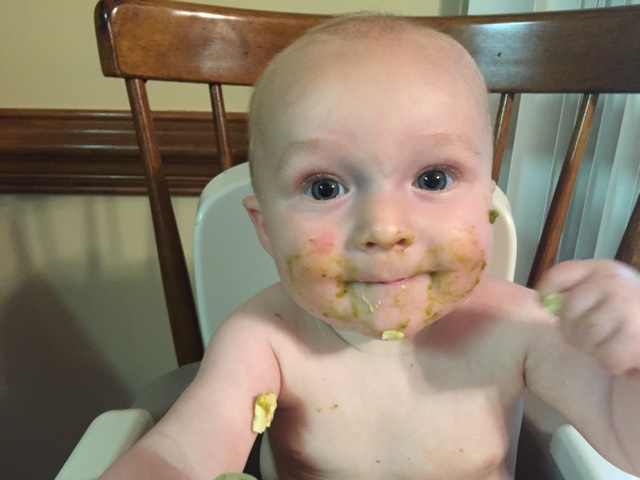 Still no teeth to speak of and still getting up every so often in the night but I like him so it is very tolerable : ) 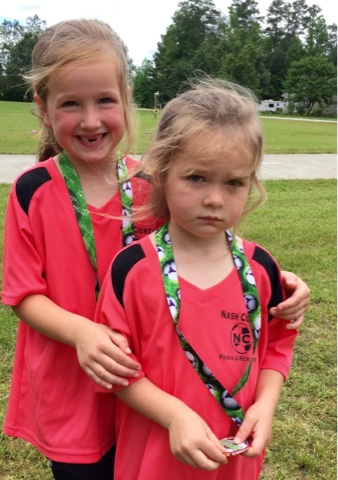 E has a great season. Still needs the occasional attitude adjustment but really is starting to 'get it'. R has made leaps and bounds even though this pic isn't really evidence of her progress. I forget that she is a 'young' 4 with these kids so she still has tons of time to be that big kid who is out there scoring goals. She WANTS to score but hasn't quite made the connection between running around and being aggressive and netting a goal. 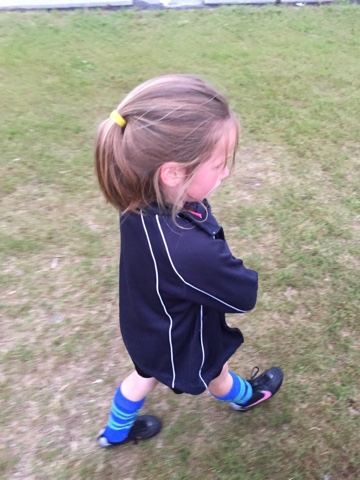 Speaking of attitudes... at our second to last game E got so mad that we were getting scored on she was in tears (and had to be subbed out) and then R got hit in the head by a throw in and the ref blew the final whistle and E started up again about how she was angry the game was over - all in the span of 12 seconds. At 8:05 in the evening. We'd NEVER survive a season of tee ball and the evening games which are the norm. 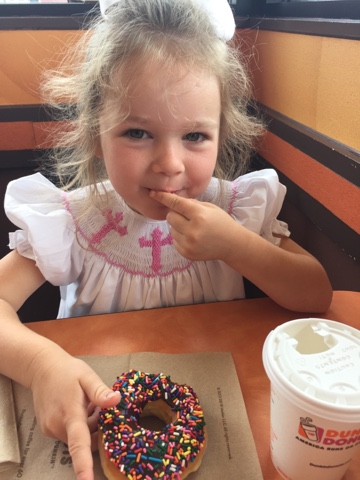 Lee is now officially 'attached' (if you will) to our local Roman Catholic Church. It has been 6 months in the making to get him recognized and approved by this bishop and diocese. Paperwork and meetings. Blah. Blah. Blah. 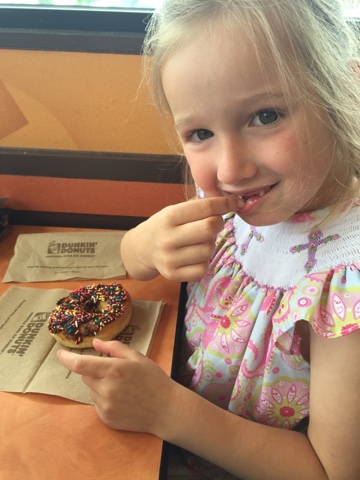 So he went to and preached at all the Masses for the weekend. So the girls and boy and I went to Mass at 8. It was actually kind of weird not loading up at 6:45 and eating breakfast in the hall and getting home at noon. I mean we left at 7:35 (yes I still needed my timer to beep at me to get out the door) and got back home before 10. Quite novel in this house 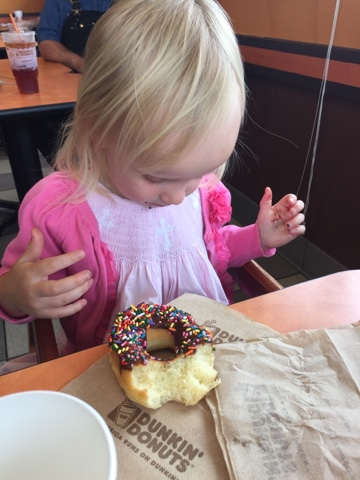 Anyhow, I told them no donuts if there wasn't good behavior. Pews are excellent ways to contain kids during church (we don't have them at our church). E sat two ahead of us because she wanted to and I trust her (her eye caught one of the boys in her class and it was the cutest thing). R did fairly well. She liked sitting on the kneelers but was generally better than her 'normal'. I tried to convince M to whisper because everything is amplified that church so chatty 2 yr olds can be... well, loud. A stayed in his carseat for a good part of Mass and wasn't a challenge once he got out.

So Dunkin Donuts all around after a good jaunt on the playground of course! 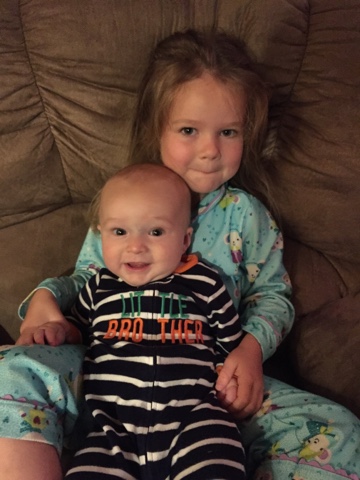 Even though he likes to squirm and worm around and not sit still they all try and wrangle him for a good 'hold' now and then. I think he is so big for them to handle so that whenever he starts moving and crying they are done trying 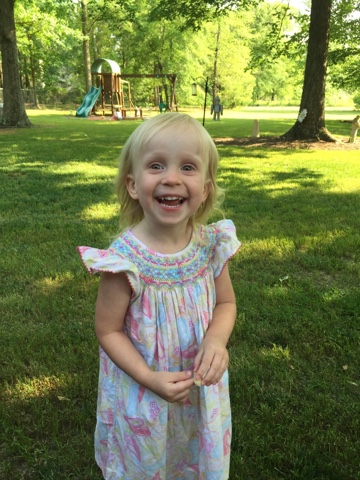 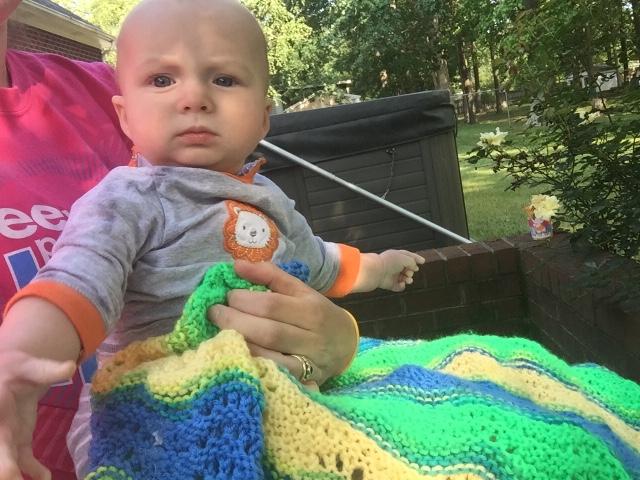 A showing off his new blanket 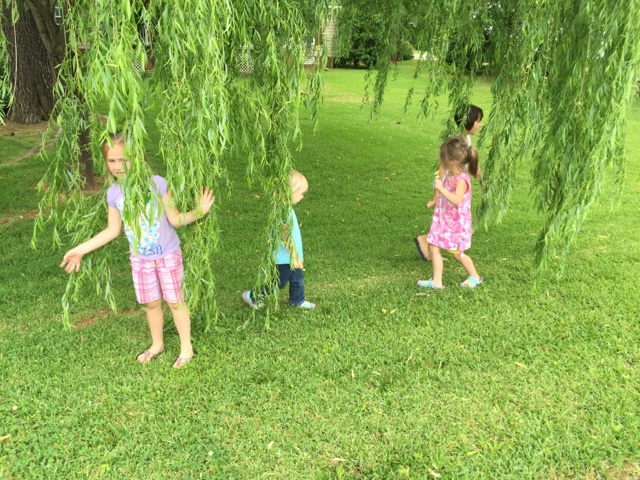 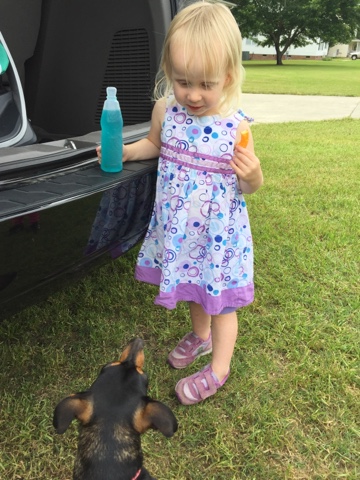 M harassing Stella with a Cheeee-TOE

Email ThisBlogThis!Share to TwitterShare to FacebookShare to Pinterest
Labels: baby and toddler, baby brother, deacon, life with kids, outside with the kiddos