7QTs - End of Summer Catch Up 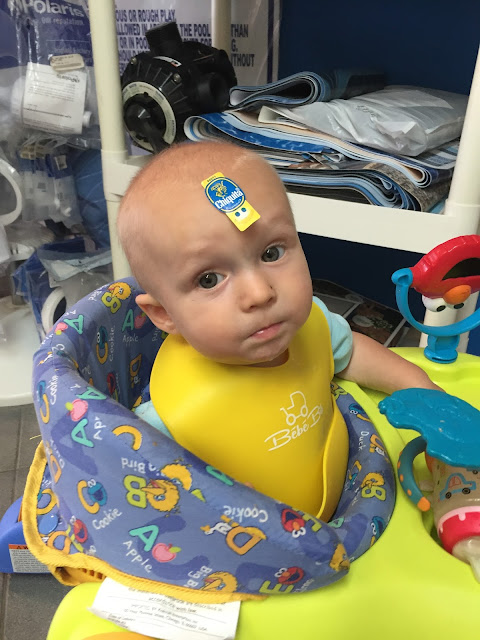 Currently, he loves eating banana, cheese sticks, and puffs. He's fine with pretty much every baby food I give him... I usually mix it with rice cereal to thicken it up. When he eats goldfish he swishes them around his mouth and spits it out and then it falls in his bib and then a few minutes later he'll dig it out of his bib and finish it off! 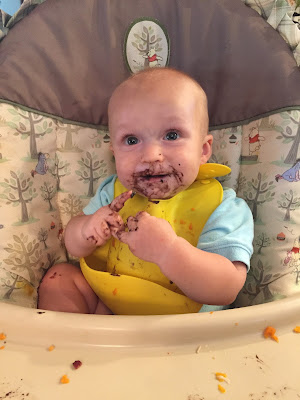 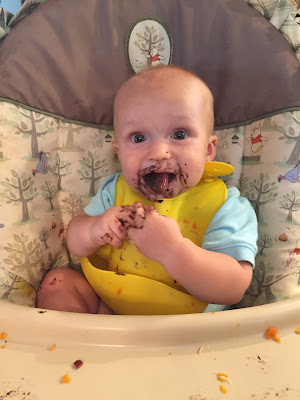 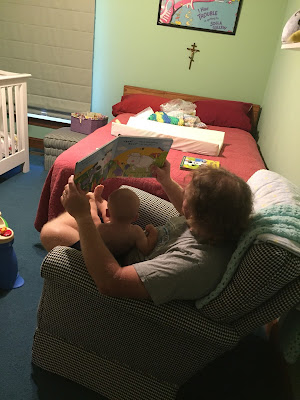 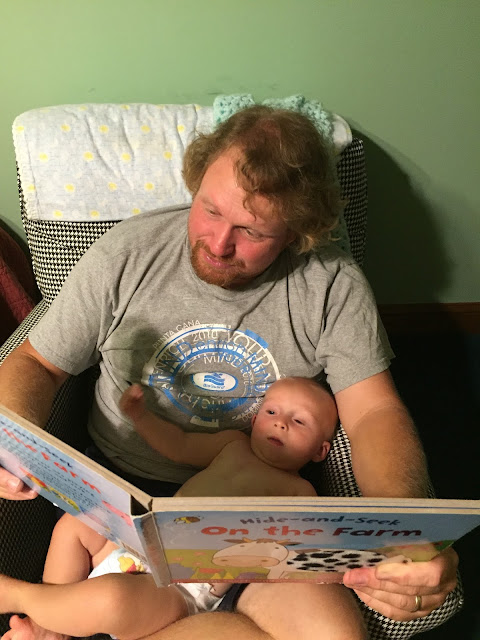 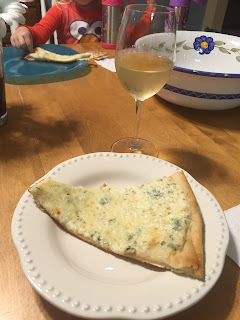 We had white pizza to celebration the Transfiguration earlier this month. It is AWESOME. I think we've ordered it at least one more time if not two.

The conference swim meet was almost a month ago... 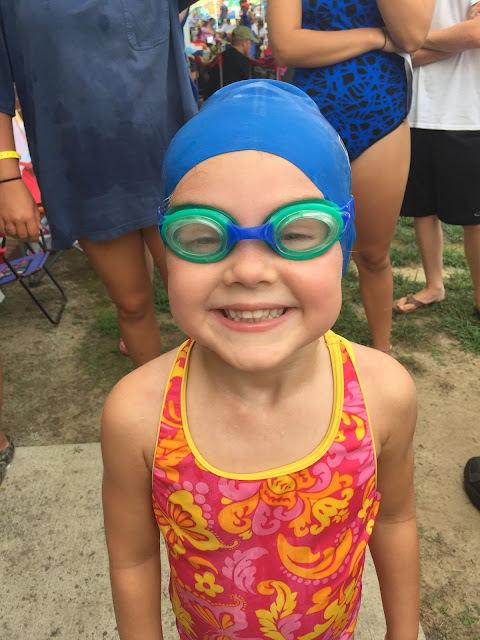 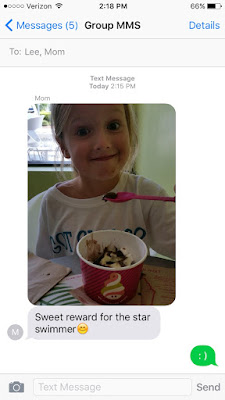 I didn't get a pic of E (????) because I was videoing her races. She was less than a stroke away from first in backstroke! (the camera gets a little bouncy in that race : ) 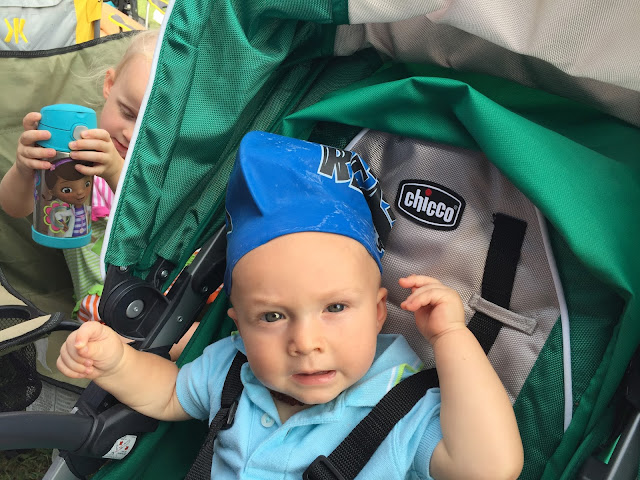 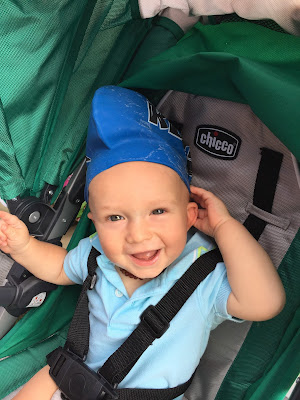 
Papa's birthday was the day after the swim meet but we celebrated early... 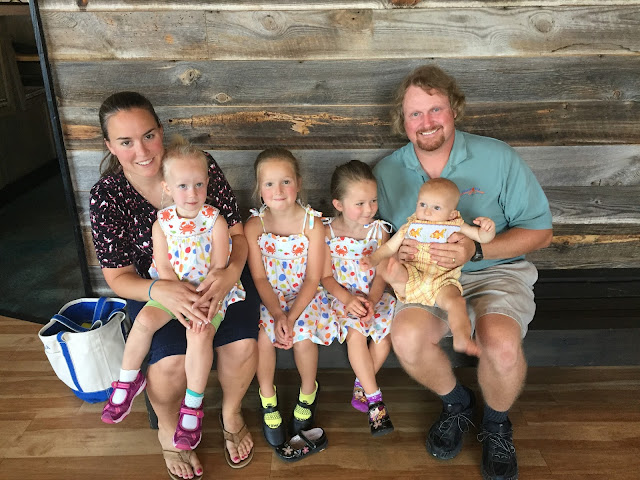 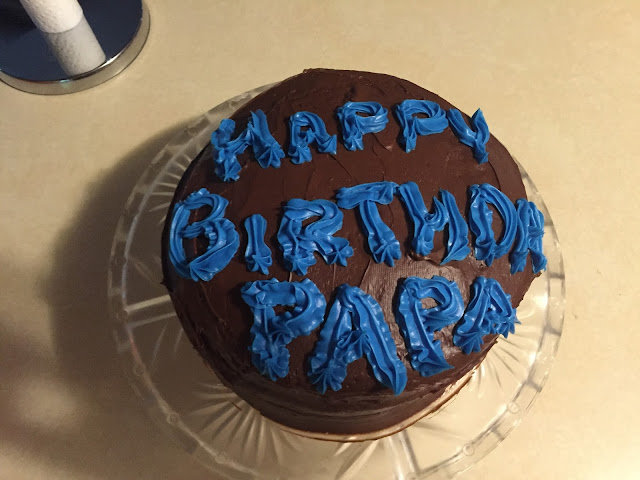 The Y is there... Promise 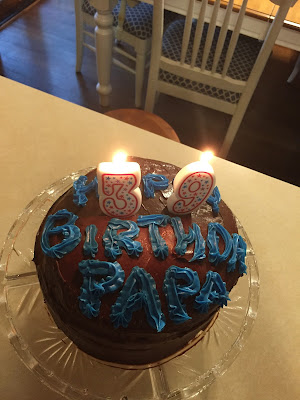 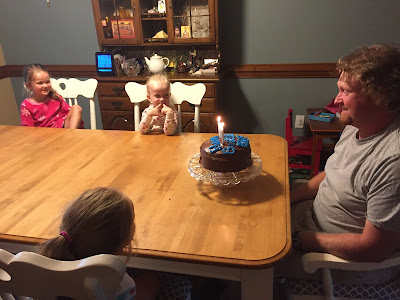 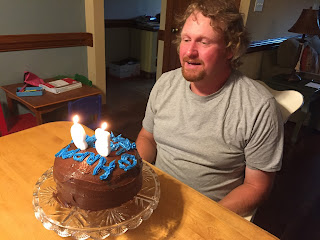 We survived the start of school and another birthday this week. Maybe I'll blog about it before Christmas : )
at August 26, 2016