Overheards (recently and not as so recently)... 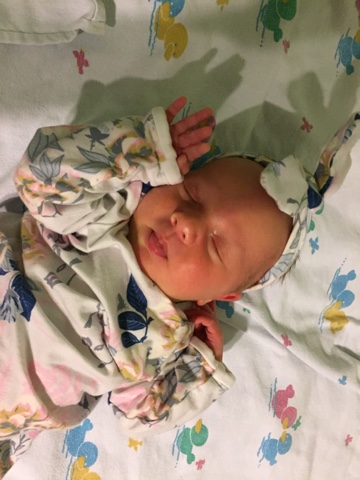 Lee - What is that thing on her head for?
Me - For keeping her hair out of her eyes????

R - E called me a doodlehead!!!! - and proceed to epic meltdown

Me - You've had your two bowls of cereal
M - If God doesn't let you have three bowls you will die!
Me - You won't die

R - Do squirrels like butter?
Me - Sure
R - Well I've never seen a squirrel throw up before

In other amusing situations... 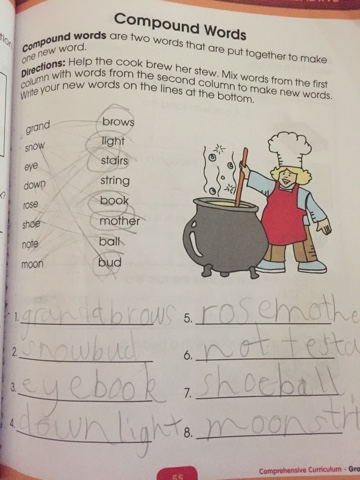 I was check through E's summer workbook (which she is seriously dragging on) and I come across this page. I am reading her answers... Grandbrows, Snowbud, Eyebook... WHAT?!?!?! I mean compound words aren't totally foreign but all of these make ZERO sense. So I go back and read the directions and they state 'make new words'. So E basically invented eight new words... Needless to say I clarified the new words probably should have stated COMPOUND words (that are real, not actually brand new words)

So we had another blisteringly hot swim meet this week... 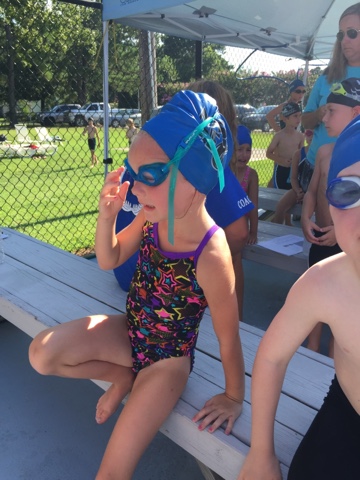 And despite the moving up news from last week, R swam pup squad again because she's still not 100% ready for 6 and under - which was very apparent this week. 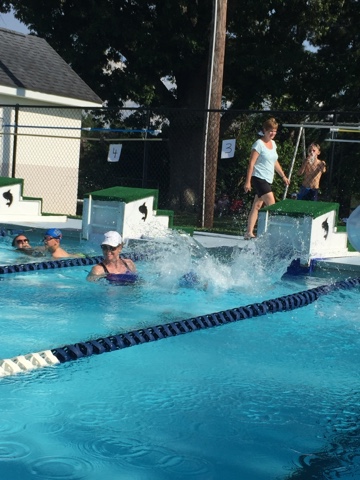 She was pretty bummed when I told her, especially because we had ordered a new suit BUT we are keeping it in a safe spot for when she's ready - and she was good with that. 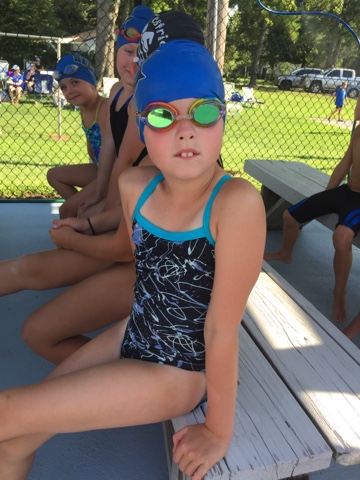 E swam IM for the first time this season - and got DQed - and totally deserved it. She cannot do her breaststroke kicks correctly (in the water) by a long shot. She has finally started doing them out of the water the right way but in the water is another story. 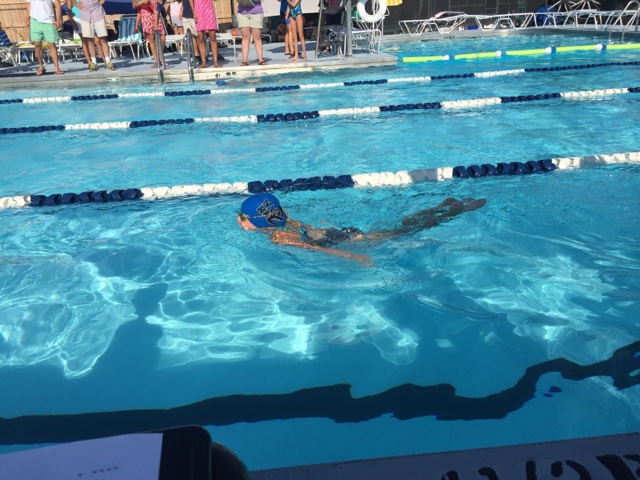 Despite that she still wants to do it next week and fly and back - because those are her routine, according to her. 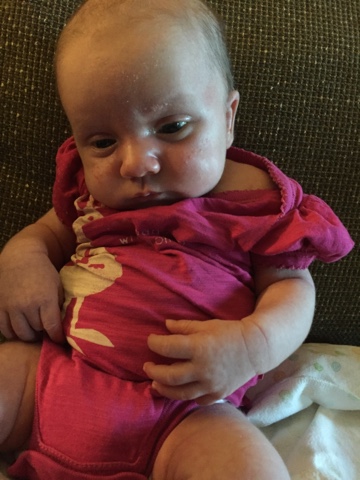 C survived but was happy to be home

We had a bit of heated excitement this week... 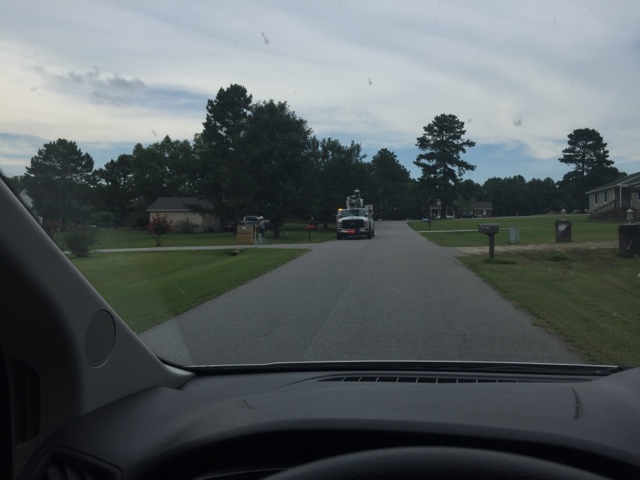 Monday around 4 in the afternoon the power turned off - not flickered - just went out. Fortunately someone was bringing us dinner so I didn't have to fool around with making PBH (honey is king around here) sandwiches for dinner. 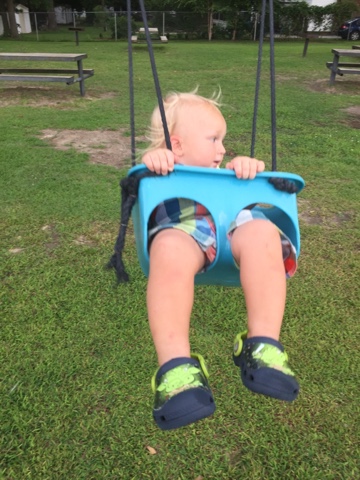 We escaped the deafening silence of the house and went to swim practice as planned and stayed longer when we found out that at 7:30 it was still out. It would be before 10 if it was the transformer or the next day if it was something else?!?!?!?!?!?!??! I realized I wouldn't be able to see well when we got home if we waited too long so I dug out the candles and called in an emergency water and ice run for Lee - we are on a well so we don't have water when the power is out which makes things even more interesting : )

We put the kids in bed and settled in for a quiet, warm evening and then flash and the hum of the ACs kicked in and we were back in business. The guy who was out there in the long sleeves and pants and hit voltage gloves for 5 hours deserves a beer or two from the neighborhood. 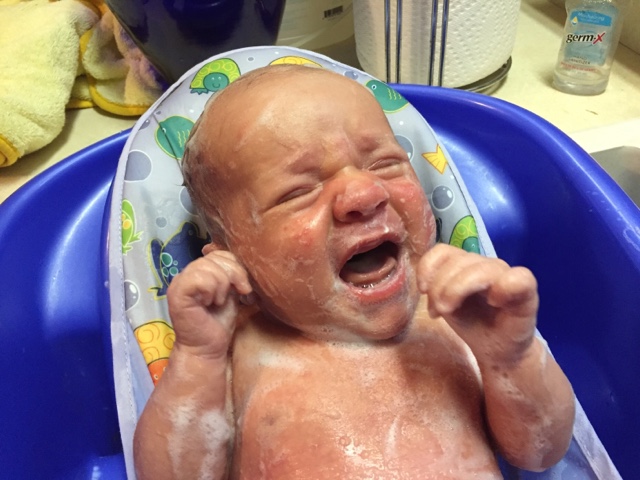 Finally because her belly button got right. She was thrilled

A is at such a fun stage (mostly) 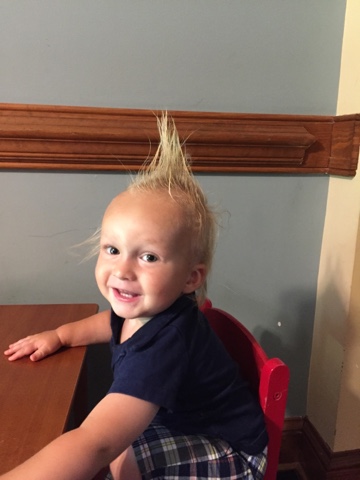 He's stinking cute... I think he ate a PBJ for lunch and decided to get it in his hair 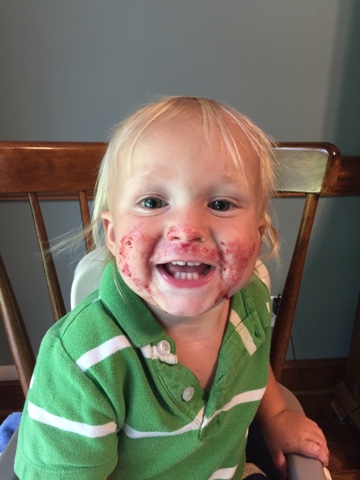 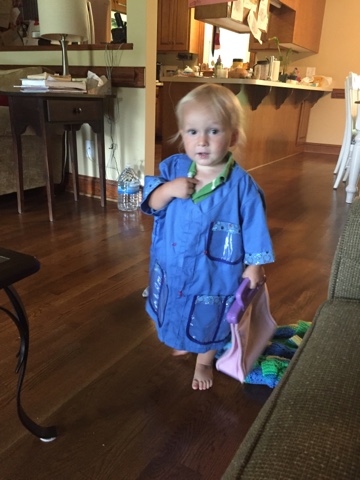 He insisted on wearing this coat and then came out with his bag... 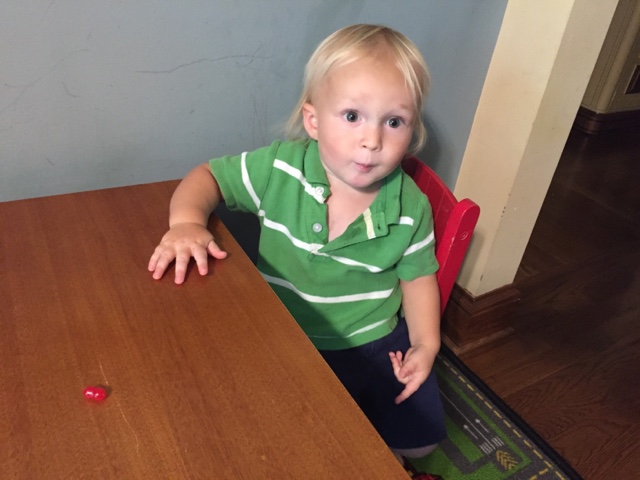 I've been trying to catch/convince him to sit on the potty - because raise your hand if you like changing stinky diapers...

He will sit sometimes and I'll reward him because anything to not change a dirty diaper. He doesn't love it but he loves the treats so I have high hopes... NOT

Also note the scribbling in pen on the wall... That's A. He snagged a pen from our room and took it to that wall (because there's other crayon writing and stuff) and had at it. I told Lee we'd probably just have to repaint the wall because the MagicEraser isn't that magical. And we should be grateful he decided to add to the current doodle wall and not start on another!

I'm about to get on my soapbox about two things:

1. Breastfeeding and the need for support - now that I'm four weeks out of the hospital it is time for me to sit down and write this letter to the hospital especially after reading this post.

2. If someone else asks me 'You know how this happens, right?' upon finding out C is numero 5 - I think I might scream or explode. Gracious. People. Listen to yourselves. You are asking a 30 something if she understands basic biology - something that is taught in middle/high school. It's not cute. It's not funny. It is straight up annoying and insulting. I think I'd prefer the question are you Catholic or Mormon? over you know how this happens. At least the C/M questions implies we know what we are doing and we are forced to have tons of babies because our religion tells us we have to we chose to PRACTICE what the Church teaches regarding openness to children