On Saturday most of us took one last dip in Jibbe's pool... 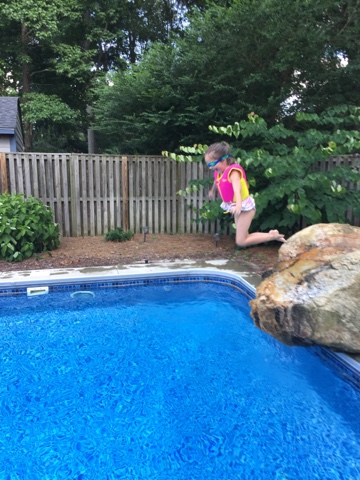 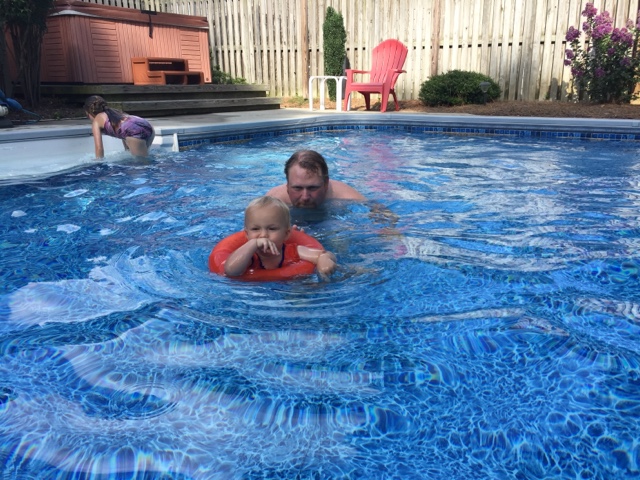 Lee even got in the pool (mostly because I couldn't) 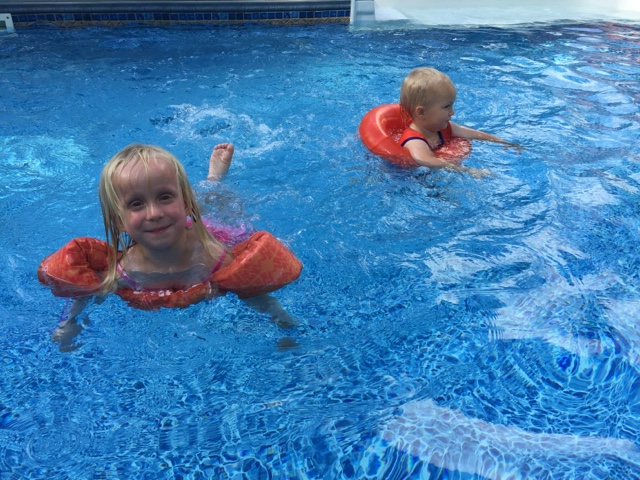 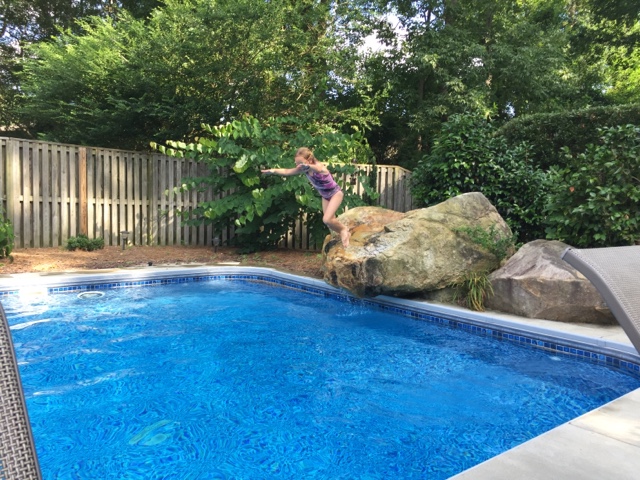 I couldn't convince her to dive of it 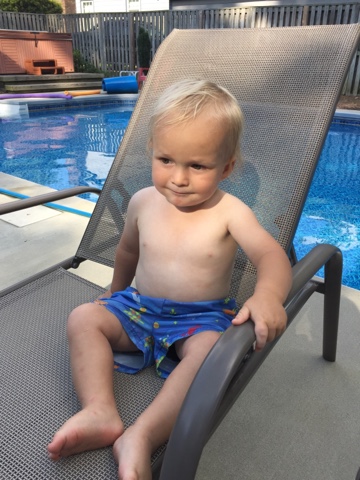 The big girls headed to the beach on Sunday so most of the week it was just A and C... 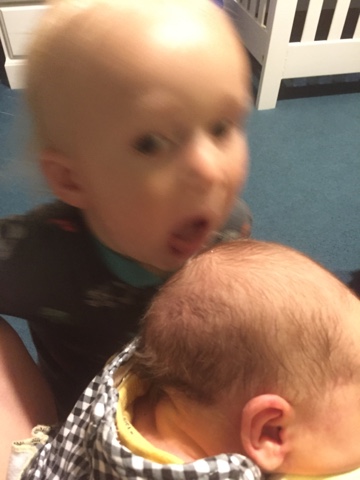 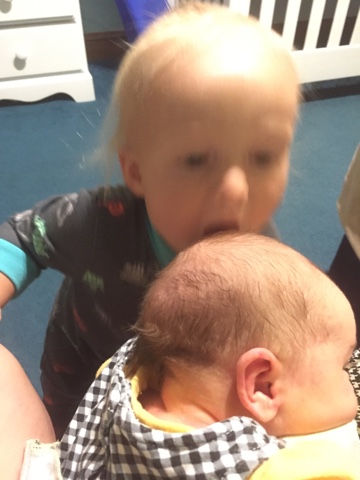 It looks like he's going to lick an ice cream cone 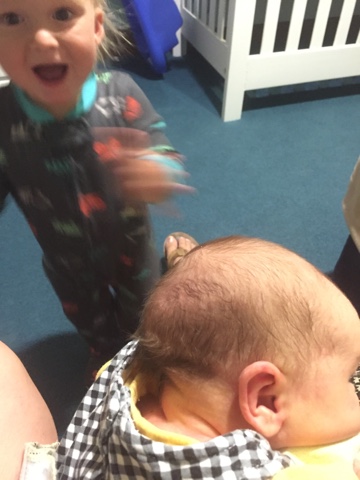 A was treated to not one but two of Papa's big machines sitting in the yard... 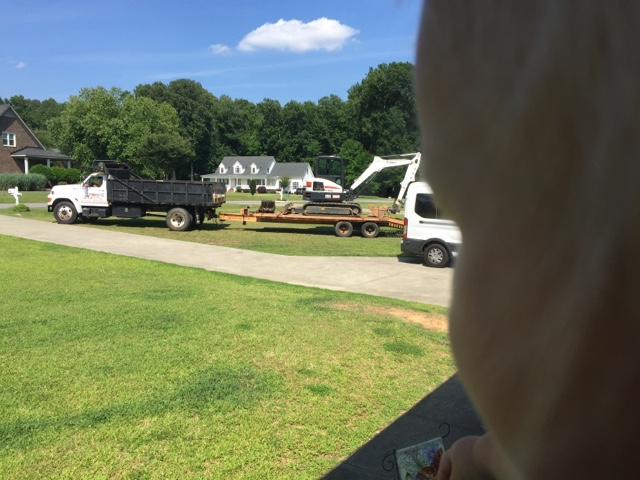 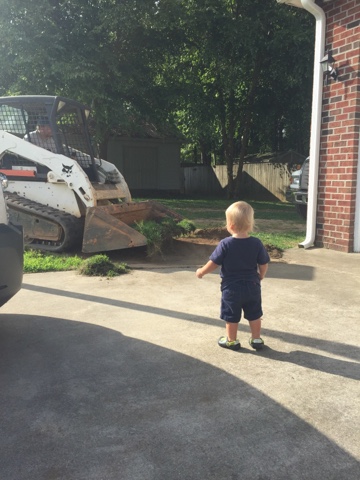 Papa was fixing some rain drainage issues and A was very excited to have a front row seat :  )

Just to prove my point about how big A is... 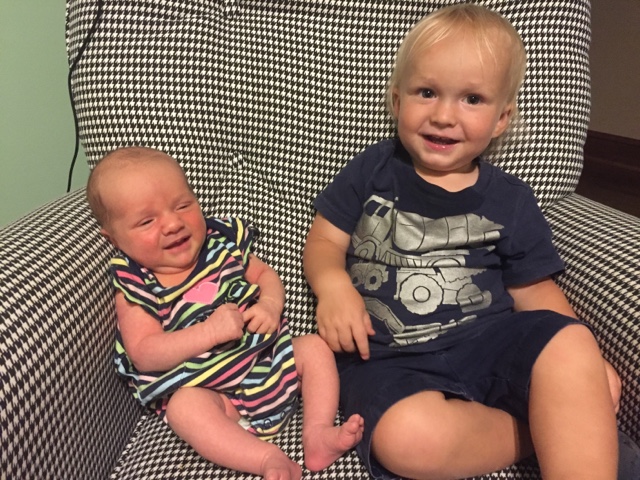 I'm glad he'll actually sit with C... I can even set her in his arms for a second 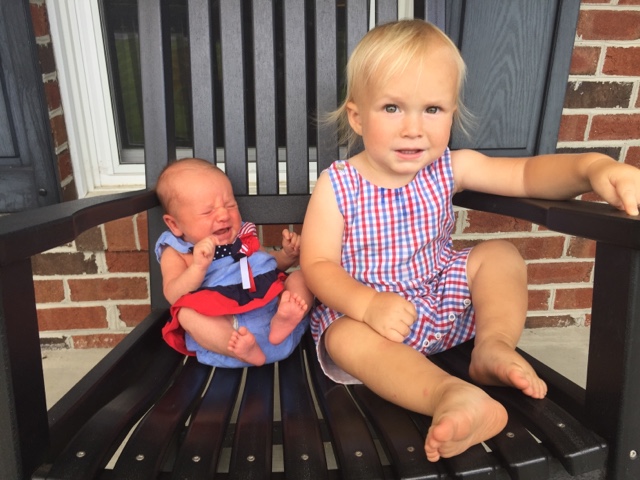 In the big girls absence I found myself with a little extra morning and evening time on my hands... 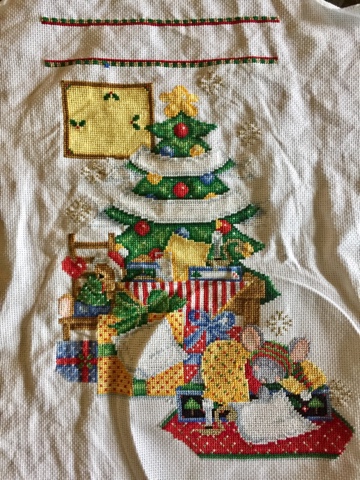 So I finished all the cross stitching on M's (yes I'm that behind) stocking. Onto backstitching which doesn't seem like it should take forever and forever and hopefully it won't. I've got A's waiting in the wings and I've got time to decide what I want to do for C

A mirage on the way home from the beach? 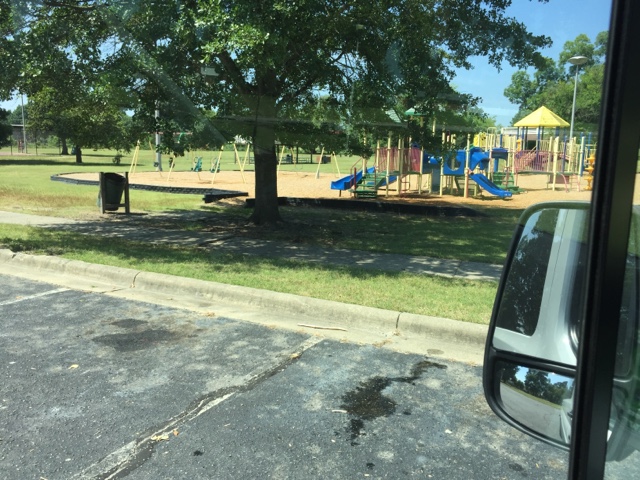 This oasis of a playground was stumbled upon on the way back from the beach... A and C were troopers because they ended up being in the car for about 5 hours round trip. The big girls were antsy to get home but when C piped up after about 4 hours of not eating I knew we'd have to stop. And we did right at this park on the outskirts of Goldsboro. I'm going to have to save this one for future beach trips when little legs need to get some energy out or babies need feeding in the parking lot while the big kids play on the playground 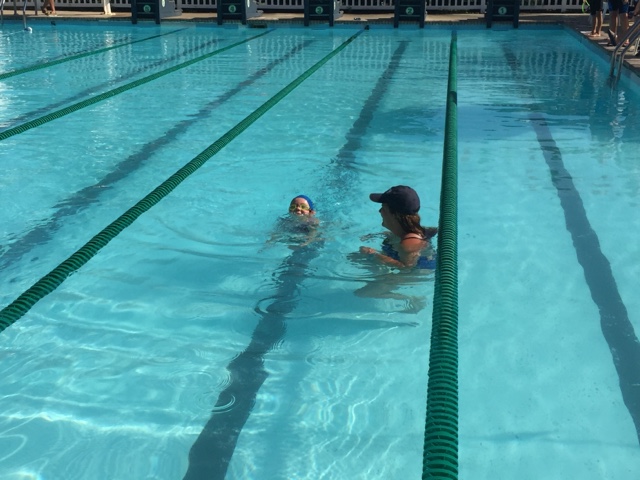 This girl just got upgraded to 6 and under 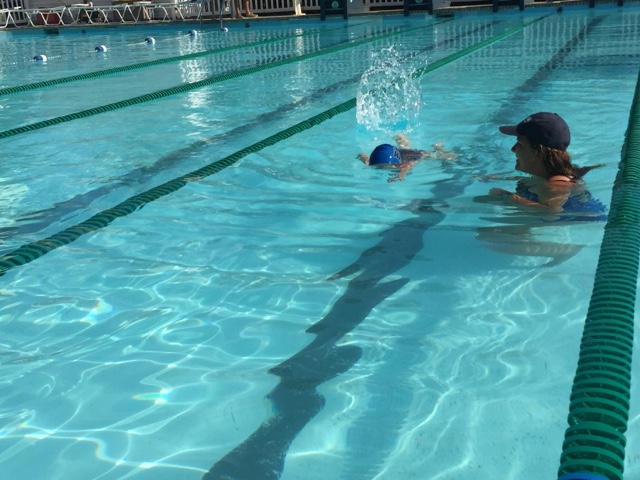 Because she swam her lap by herself 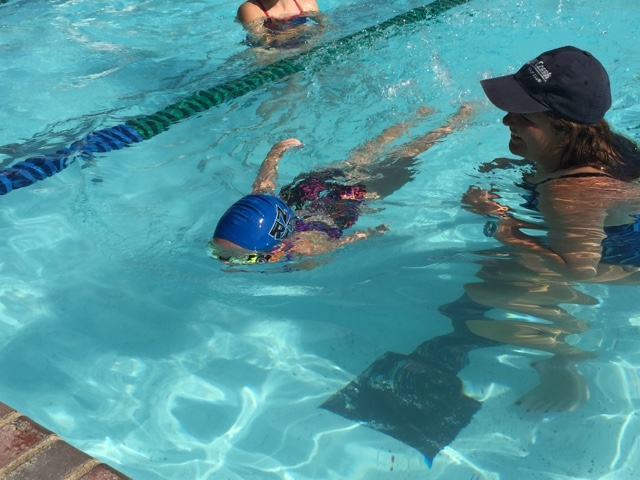 She'll swim on an outside lane next week just in case but.... 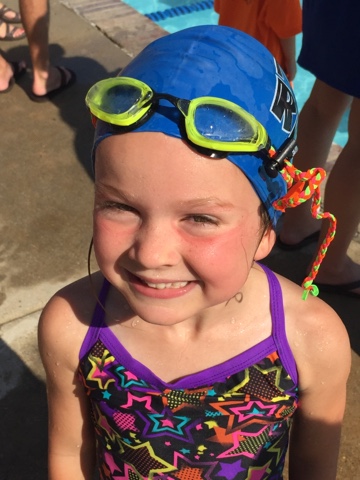 Let's discuss just how excited she is! 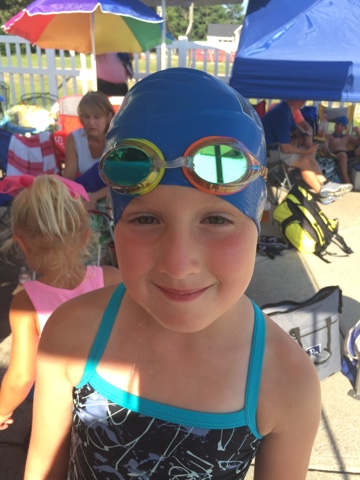 Mom, why do you always have to take my picture? 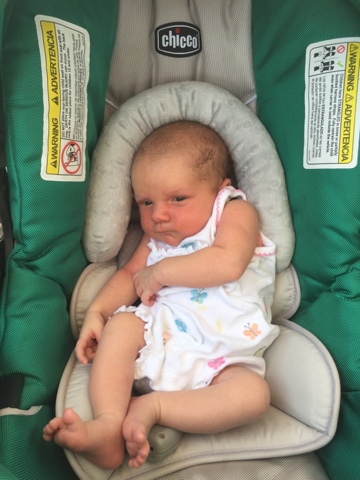 C survived the swim meet too. And so did M who has come to realize that swim meet = snack time