Two weeks into life with C... 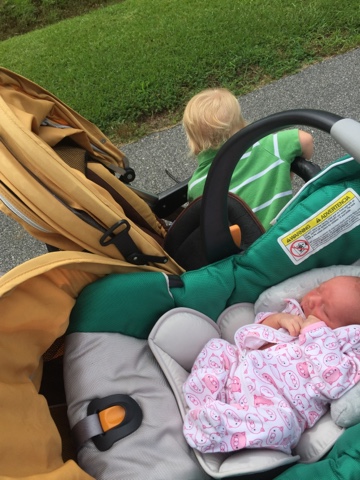 A and C and I took a walk last Sunday. I never really used the double stroller much with M and A but I have a feeling we are going to be using it a lot with this 2. A seems so massive compared to C. He still doesn't have too much on his mind that he says but he did enjoy looking at this huge worm thing crossing the road.

C and I have made our rounds this week. 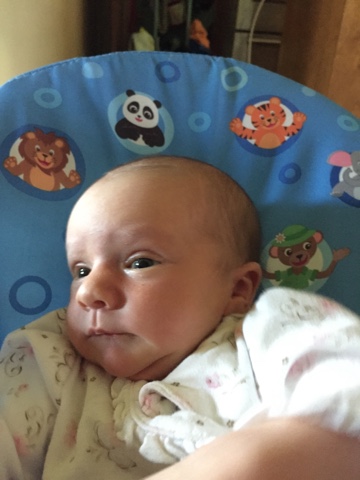 Nursing mother's group meeting (that is not affiliated with the hospital) - I seriously think I'm going to write a letter to the hospital about the lack of breastfeeding support, lunch out, the office, normal-ish stuff.

Next week is bound to be weird with the girls at the beach and the holiday in the middle of the week, doctor appt, swim meet. We are deciding if we are going to watch fireworks with A because it will be past his bedtime but I'm kind of thinking we don't care too much- we shall see. Watching on TV is way easier though : ) 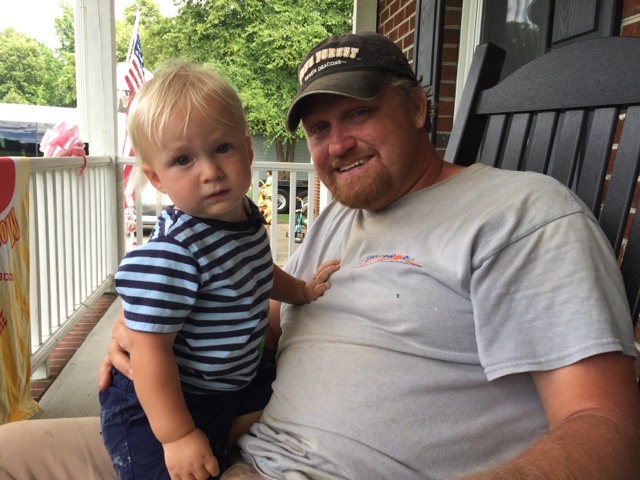 A has gotten super clingy probably because C and me leaving with her and leaving him with the sitter but its okay. Pool season hasn't really let up for Papa so we are both excited about the July 4th holiday/ 5-day-work-week instead of six. 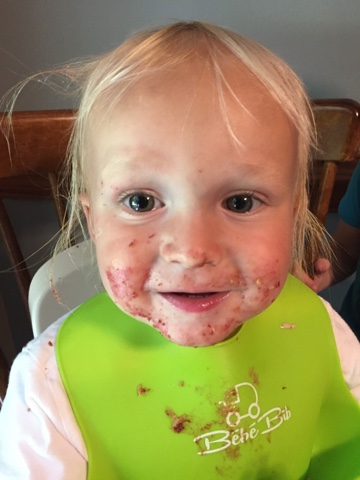 and his hair is getting longer which means he can get more food stuck in it. I think when I do trim his hair it will be more bowl-cut-ish. A had a dance party with Elsa and spun around in circles and ran up and down the hallway shouting GO GO GO! It was A+

C started waking up a little this week 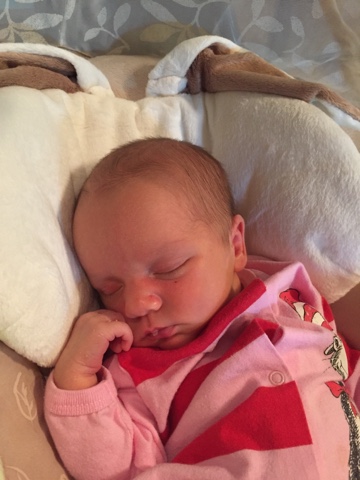 She's still a sleeper but it seems like she's awake a bit more. The girls have finally started asking me if they can hold her.

WHY DOES IT TAKE THEM 40 minutes to sort their laundry? 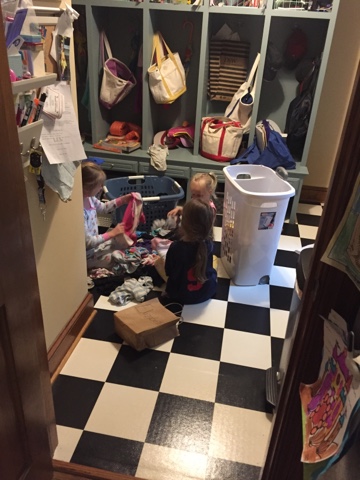 This is a huge mystery to me because I can do it in less than 10 and E could do it in about that time as well but throw them all together and forget it. Team effort = long, dragged out, time-out filled, screamfest (at times)

This is from the swim meet from last week (the one this week was out of town so I didn't go but the girls were fortunate to hitch a ride with some friends : ) 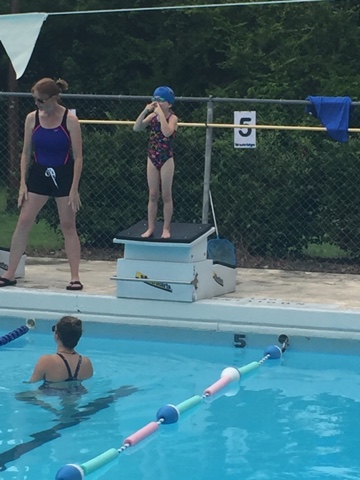 This was R's first meet of the season Probably one of my favorite pictures of her yet 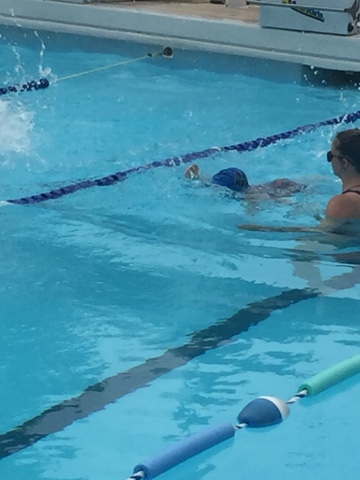 She swam pup squad but is very much determined to swim with the 6 and under this season. This week is kind of a dead week since they'll be at the beach so I'm crossing my fingers that the following week she'll be able to. 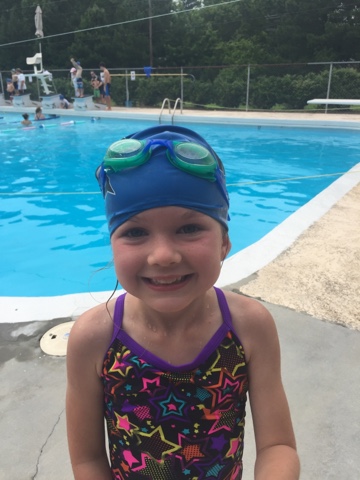 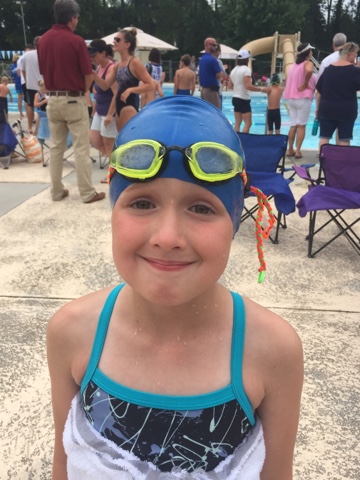 E swam her normal fly, back, free. There's a reward on the table for her if her meets her 3 goals for the season.
1. Dive off the blocks - much improved already so this can be mostly checked off
2. Swim IM without getting DQed - breaststroke is the issue
3. Swim one lap of free and only take one breathe. - Seriously the girl used to take the most longest, drawn out breathes EVER. I think she's getting quicker at taking them but I think she should be able to swim a lap and take one especially at our pool since its slightly less than 25 yards.