Week in My Life - Saturday

It is funny to me that this Saturday, of all Saturdays, is the one that is documented so thoroughly because it was actually quite uneventful and out of the ordinary. Well, highly event-filled in the swim events department but that is about it. 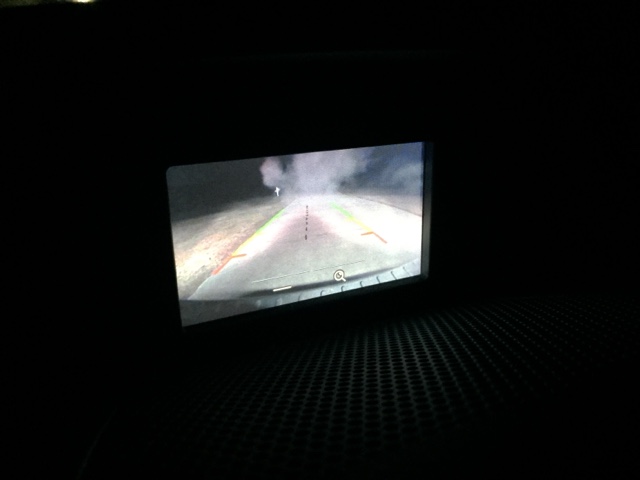 5:55 am push back to leave to pick up a sweet swim friend and mama to ride to the swim meet. Having a navigator sure made the trip go by much faster with some good conversation and company 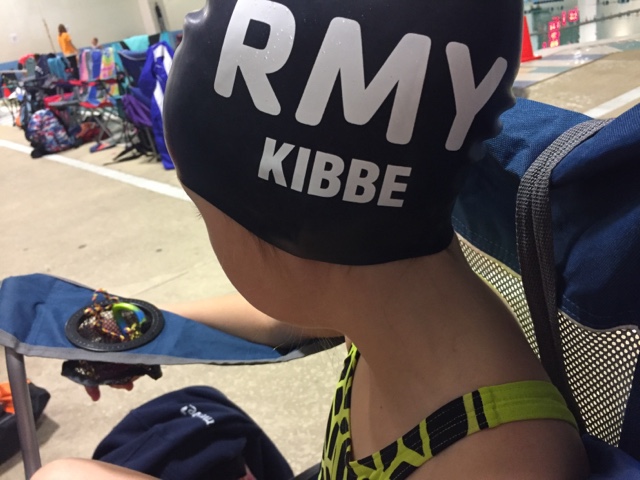 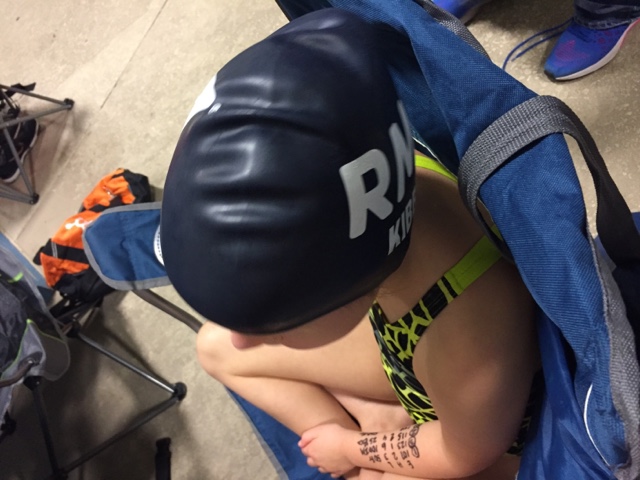 Armed with her lane assignments (my sorry attempts at humor) 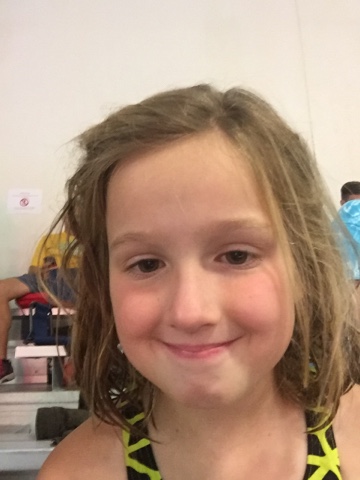 E had a great first three events. I think she swam faster in all three and didn't get DQed in IM which is HUGE. Yay! 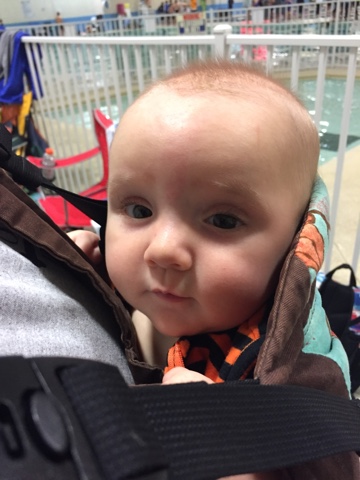 C was a trooper - as usual. She got ooooooed and awwwwwwwed over a million times. It was blazing hot in the pool area and silly me forgot that it would be so I packed all footed, long sleeve clothes - but that made for some warm toasty naps. 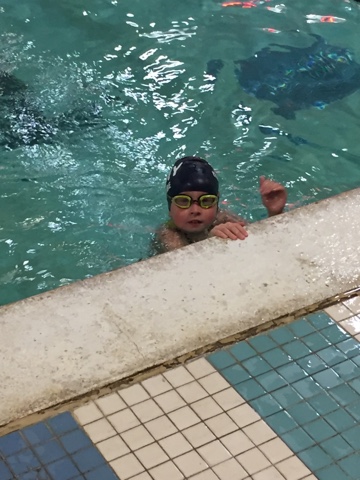 Then the last event she swam was the 500 free. The back story to the 500 is this. At the beginning of the swim season I set some goals for E (we do it during summer swim, we did it during swim last year, we do it for the other kids too and not just in sports). I set one of her goals for this year as swimming the 500 free. It is a long race - 20 laps. It isn't easy, but it's achievable. That's the point of a goal. Reachable but requires some stretching. She didn't have to take me up on it, but if she swam it - and finished and didn't get DQed - the prize was a swim backpack. She has been bouncing around between several bags/packs for the past year for goggles, towels, bathing suits etc etc etc. 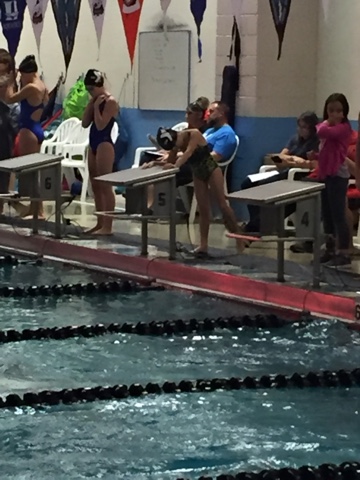 Not surprisingly she wanted to do the 500. Or she really wanted the backpack. This was the first meet that she could do it and as soon as she saw it on the meet sheet, she was game. I can't say I was. I thought she'd build up to swimming it and maybe do it toward the end of the season. I may have triple checked with the coach - You are sure she's not going to sink, right? She was certainly nervous in the time leading up to the race though I cannot say if it was she or I who was more nervous. The next closer swimmer in the race was 10 but the little 7 year old was determined to swim with the big girls... 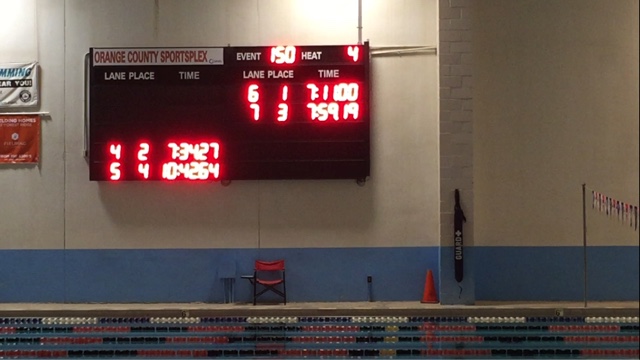 She was the last one to finish, the last race of the day. I told her before I didn't care about her time. I just wanted her to do her best - and not get DQed. Because how many other 7 year olds was she swimming against?

She was so exhausted. I was so proud.

Then we loaded up, hit up Panera, grabbed a gallon of milk and got back home 10.5 hours after our early morning start. A was so happy to see me. R and M didn't realize we were home for at least 45 minutes. Of course, I dutifully made good on the swim bag. E had to check out all the colors - there were at least 30 - before confirming the choice she already had her heart set on, yellow. There are probably only a handful of people who can appreciate the fact her color choice shows she is my child. Her bright yellow swim backpack will be here on Monday (thanks Amazon Prime for having the best price and of course 2 day shipping) hopefully in time for her to sport at practice. I think you can agree she deserves it. 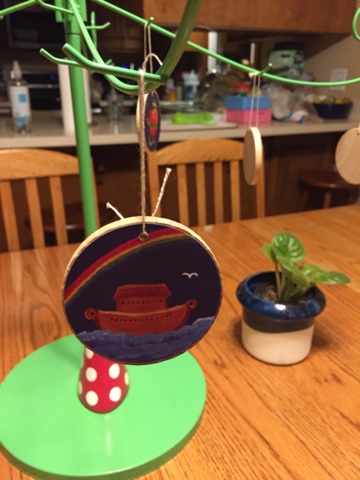 Then it was time for dinner and showers and Jesse Tree and then everyone was tossed into bed by 7. Lee held down the fort like a champ. Did laundry. Cooked dinner. Maintained order.

Email ThisBlogThis!Share to TwitterShare to FacebookShare to Pinterest
Labels: swim time, week in my life