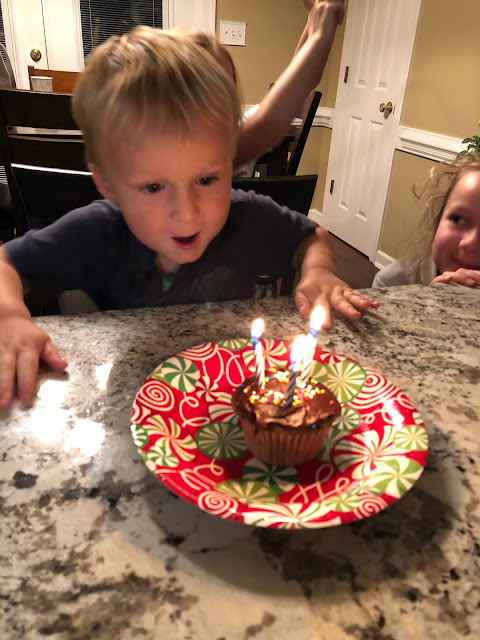 He blew out the candles a little early in the song

With every birthday I think - it is hard to believe (child) is (age). Cliche but true. But not really when I get to thinking about all the adventures and activity that as gone by. A is no different. Today he is three! Which is hard to believe, but kind of not.

Currently he is loving preschool and playing soccer. Yesterday when I asked him what he did at school his answer was - I sit on my bottom! - small victories, people. He is a busy busy busy guy. He goes a million miles a minute - unless he is sick - and he loves playing outside (and inside too). He is quite the enthusiastic soccer player even though most of the time he is running without the ball.

On tap for his birthday is a haircut. He got one last year on his birthday and he loves getting his hair cut so I think it is a nice treat (and it is on the way to school). A is still an avid drool-er though we think he might be getting better. He has caught the Paw Patrol bug and we are trying to leverage Paw Patrol underwear to help speed things up in that department.

A can be a shy but one he find his groove he is quite the talker and the singer. He would like to think he is part of the big crowd now because the girls will occasionally let him go play upstairs with them. Also he can get very concerned that C is going to knock his Legos down if they are playing together. 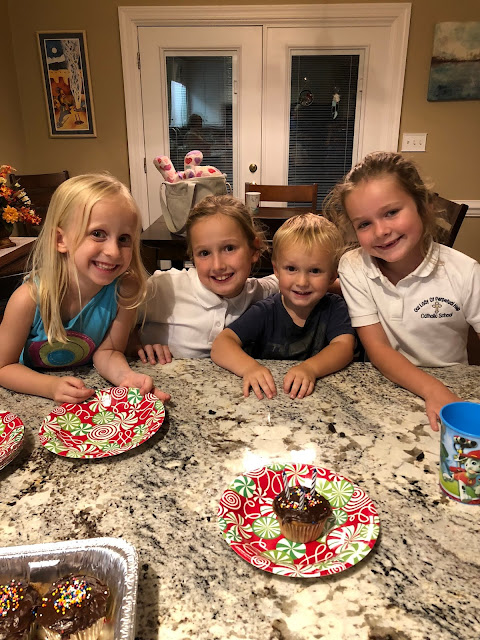 And just for kicks... 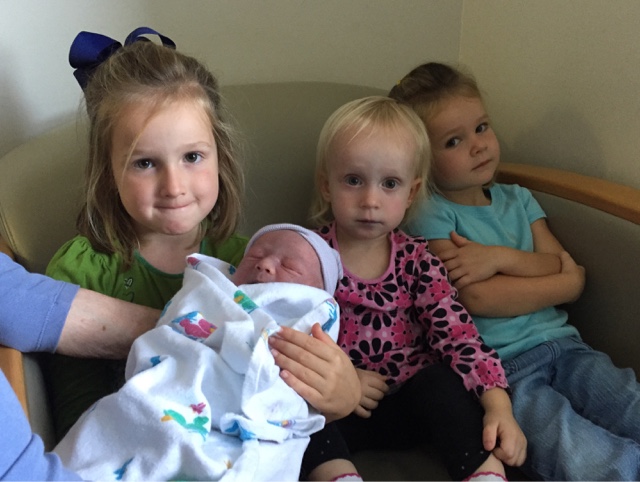