Linking up with Kelly ... catching up from Flo', Spain and the week or so in between

So we survived the hurricane without any problems and I was already a little on edge with life because we were leaving for Spain and stuff and stuff so just to make things interesting...

The Sunday before we were leaving A woke up for church ate breakfast said his tummy hurt and proceeded to have no breakfast left in his tummy. 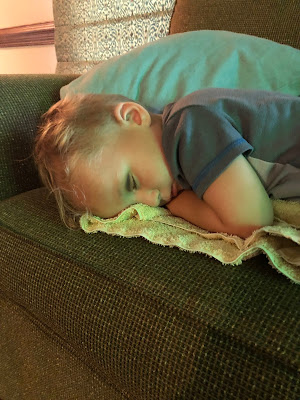 We can't leave sick kids. All the kids are going to get the stomach bug. We are doomed. 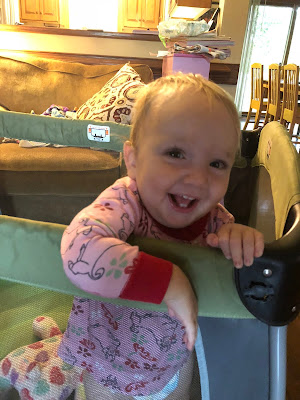 I had all morning to mull over this stuff while Lee was at church with the big girls. C was stuck in the pack and play because I couldn't bear the thought of her crawling around and getting contaminated with the funk. A watched a few shows. Fell asleep. Fell off the couch. Woke up and proclaimed himself all better.

No one else got sick so I don't know what that was about but it sure put us on edge. 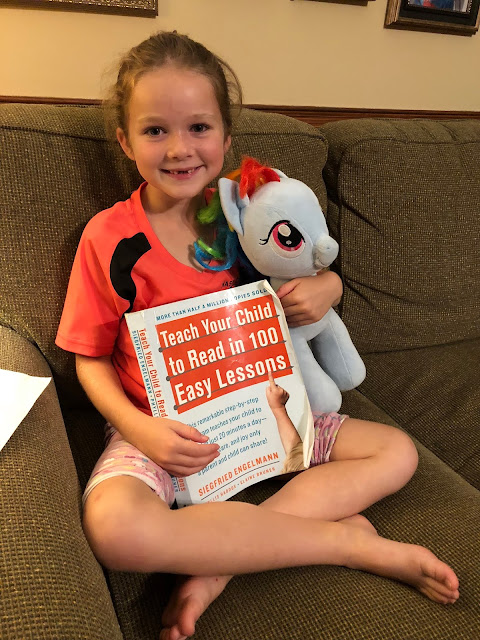 I am super proud of her. That means she's keeping Pony forever - instead of just on the nights she'd do her reading book.

Just to prove that she's mine... 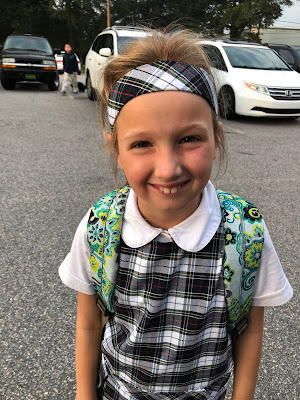 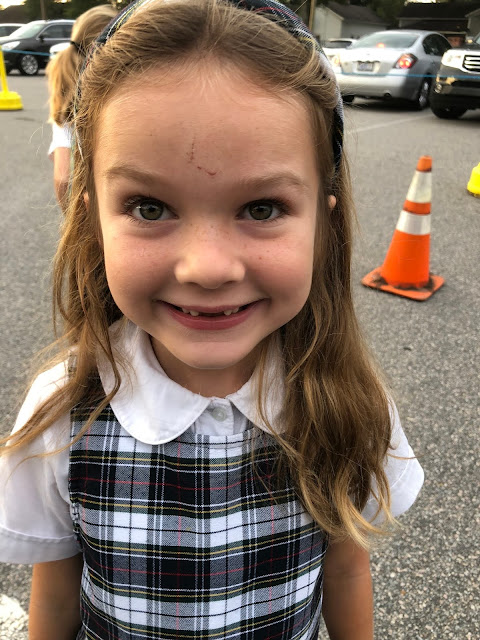 With her crazy scratch on her head from running into the wall a few days before... I did put a put of make up on it but then I took it off because I think it made it stand out more. 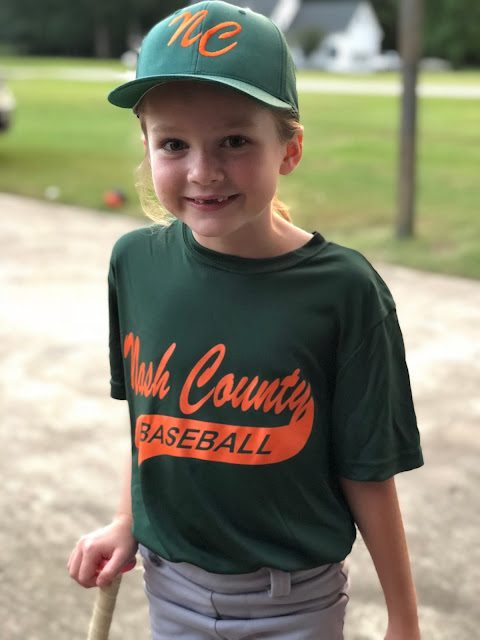 Lee took her so I had to snap a pregame pic. The game was called after 3 batters because of lightning. She was really annoyed. 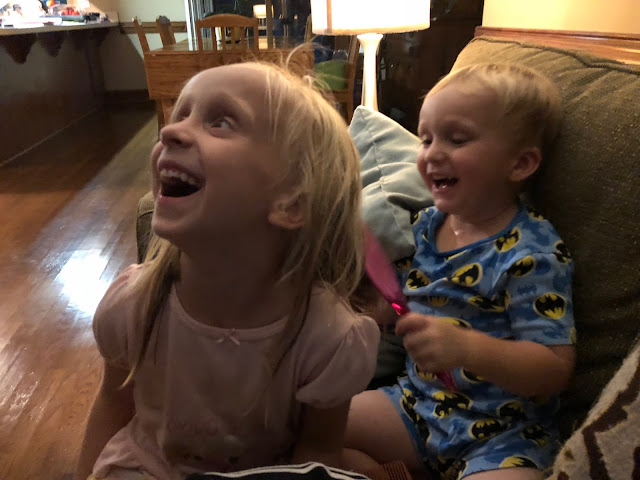 Who that is was wildly funny that A was brushing M hair. They were cracking themselves up. As much as it is crazy to have different sets of kids going in different directions I do appreciate the time with them in pairs.

Now onto the turtle adventures... 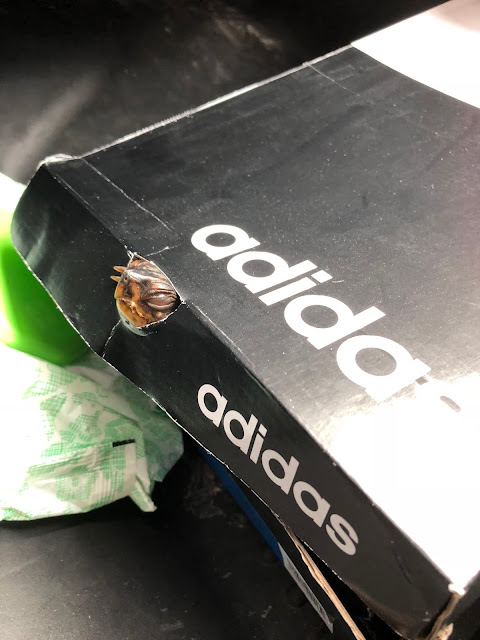 Last week we were driving home from school and there was a turtle crossing the road. I a turtle person I guess so I stopped and snagged it. As soon as I picked it up that turtle was out of its shells air-crawling. Totally fearless turtle. One the way to our first stop he turtle was in the passenger side of the van and he was actively trying to get to the back. Fortunately a shoebox was found and the turtle hung out in that for the rest of the ride - but not without a weight to keep the box closed. So crazy. 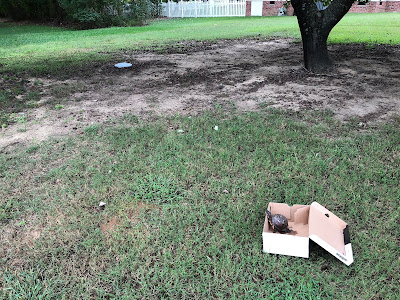 So we finally got home and the turtle happily and quickly crawled out of the box and went on his way. An hour and a half later I saw him at our neighbors house in the back. That was cool. 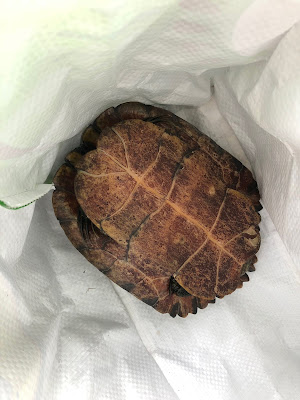 Then on Friday we dropped E off at swim and took the MooCow way home and we came across another turtle. I was a bit traumatized from my overly-active turtle from the day before plus this turtle was twice a wide and it had really long claws. I scooped this one up using a Lidl bag. This one was your stereotypical turtle and didn't really move until he was on our grass and was there for a while. He was SUPER fast once he did get going and we lost him when he went in the front bushes.