I wrote this post a few months ago but never really had the nerve to post it. Now that school is literally a month away I suppose it might be time to share my thoughts.

Have you noticed that it seems that there are TONS of Catholic mom bloggers who homeschool? I'm not up on every single Catholic mom blog out there but let me tell you - it sure seems like it. It is not a bad thing - I'm just making an observation. 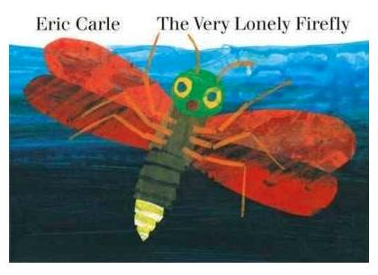 We are trying to sort have sorted out school for E next year and honestly I wish she could stay in pre-K forever because this decision is hard. It is so hard because we don't want to make the 'wrong' decision because she and all our other kids deserve the 'right' decision or rather the 'best' decision.

We took E down to tour the Catholic school earlier this week a few months ago. She got to see the kindergarten class as well as what she is missing out on this year in the pre-K class - GeoBoards? She's totally sold on finishing out the year there - which is not going to happen : )

So for the second year in a row I'll be completing the application for enrollment at this school and turning it in with my registration fee.

Maybe I've said it before but just to put this into perspective - we don't go to the church that this school is attached to. I think this has something to do with it because I don't know any of the parents who will have kids in Kindergarten next year so it's not like I've had a conversation with another mom along the lines of - I'm going through the exact same thing as you and yes it is tough decision but we will get through it. We have visited the school several times, met with the principal, teachers and pastor - even other parents who I've briefly talked to in passing after Mass (when we do go which is maybe once every few months) - everyone has said, you will love this school. Parents are super devoted to it. There is a tight-knit group of kids because it is smaller. And to tell you the truth - I want to love it too. I really do. I think I'd feel better about sending E if I loved the school. But I cannot love something that I have not experienced. I suppose there is always the side of - what if I don't love it. What if Common Core and other stuff cloud the good that is going on in the school? I'll cross that bridge once my opinion is formed I suppose but for now I am being as optimistic about the school situation as possible.

This year I am feeling a little less alone in the Catholic school option though because I've emailed and 'talked to' (via blog commenting) to Kathryn, Colleen and Bonnie about their experiences with Catholic school. From what I can gather - at least in the Catholic blogosphere - there are only a handful of families that send their kids to Catholic school. So many 'good'/orthodox/conservative families homeschool their kids for a variety of reasons - and that's okay because that's what's best for those families. Is homeschooling good for our family? At this point in time I would say probably not. Will it remain an option if it is what our kids need? Yes.

For now, I'm just glad I was able and am able to have conversations with other moms who have chosen not to homeschool - even if I had to find them like the Lonely Firefly found other fireflies.