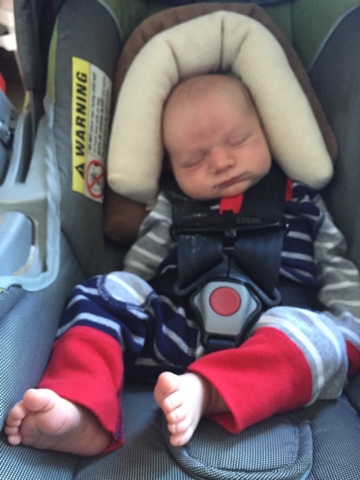 These little feet took a big adventurous journey into the wide world of the kindergarten class on Friday - for show and tell. E didn't know we were coming because really... I don't want to commit to anything much above the bare minimum. So she was speechless - literally - when we walked in the door after Mass. She saw us at Mass but definitely wasn't expecting us to show up for show and tell. It was actually kind of funny to watch her teachers try and coax answers out of her...

Teacher - How much did he weigh when he was born?
E - (without missing a beat) 30 lbs

Cue memories of being 65 at the Mother's Day preschool party in the spring.

A wrapped thing up when I let the kids touch his feet. Yes I took off my germa-phob hat for 2 minutes and let them do that.

It was a good morning. Rewind a minute... A and I went to Mass - that would be me plus one (super easy) kid at church. It was heavenly. No wondering what M is doing. No trying to convince R to stand up. No asking E to stop fidgeting with her dress/bow/shoes/coat/book. It was also refreshing to be back in church after labor - knowing the why behind the pains of childbirth.

After Mass, the priest - he is fantastic - gave A a blessing and something that he said stuck me - "bless his parents who cooperated with Your Will". 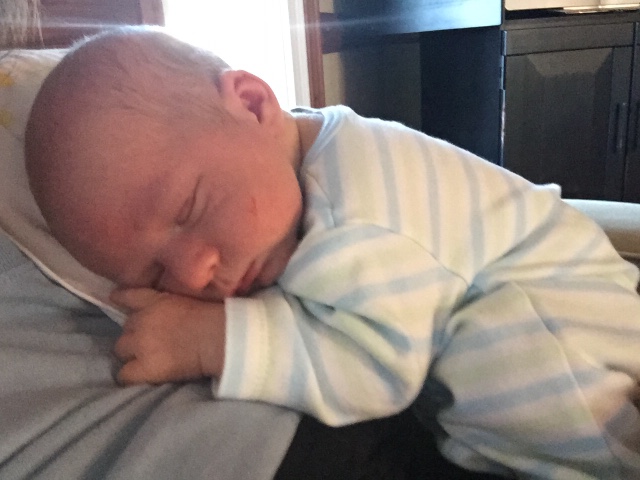 A is very into eating, sleeping, and making lots of gas. One difference between him and the girls would be in that department. His Papa will vouch for me on that. 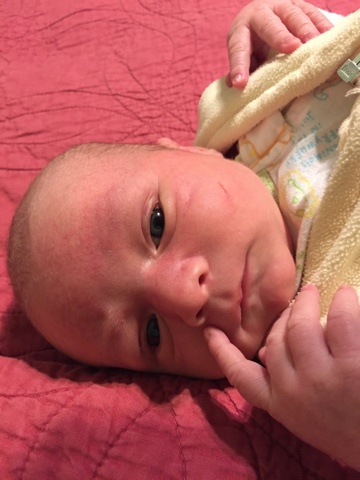 See that little bitty red spot on his eye. That's all part of the bruising from his birth. I don't have a super interesting birth story by any means but I suppose I'll type one out just to bore you. 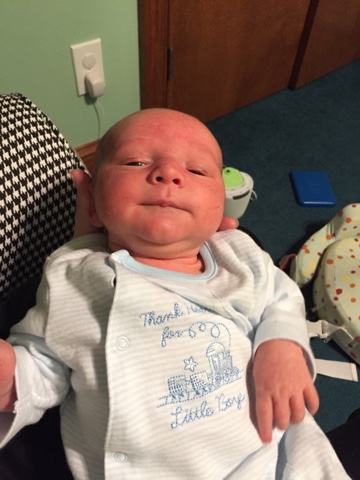 Okay... His name. Everyone wants to know what's the deal with his name. So from E's perspective...

Neighbor (who we don't know super well but was bringing us dinner? - neighborhood love) - So why did you Mommy and Daddy pick the name Andrew?
E - (super as-a-matter-of-factly) He was a saint

Honestly, when we were tossing around boy names last year we could have opted to use name #1 or #2 but we figured we'd change it up. I told Lee I really liked Andrew but I wasn't sure if he'd like the middle name I liked.

Sold. Done. Andrew Athanasius was in the books and really didn't think we'd use it.

Now, Athanasius who the heck is he?

St. Athanasius and St. Nicholas (yeah the guy who is mistaken as Santa Claus) were two bishops in the 300s who stood firmly against the Arian heresy that was plaguing the Church. In fact the majority of Christians believe Arius and his false teaching. Little bit of early Church history to find about that name choice...
at October 25, 2015