7QTs - No baby, just checking in

No baby... So I have no real excuse for not posting so here's to catching up!

Just to start things out on a baby note...

Most creative announcement ever... 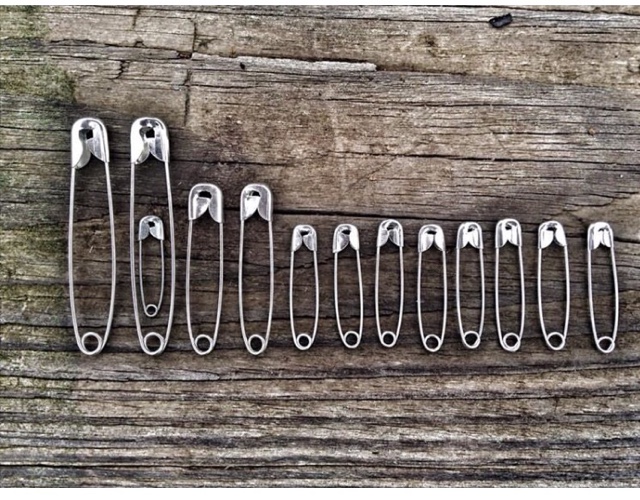 In other bebe related news... 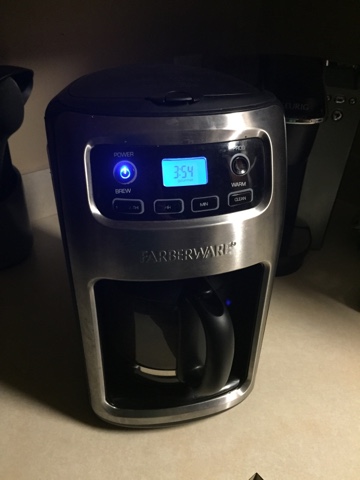 Just getting my brain in baby mode I guess. One morning after being up with a coughing M and a bad-dreaming E, and trying to go back to sleep - which wasn't happening - I just turned on the coffee pot and started the day in the 3 o'clock hr. Then I proceeded to fall asleep on the couch after half a cup of coffee...

Let's discuss how much these girls love their papa... 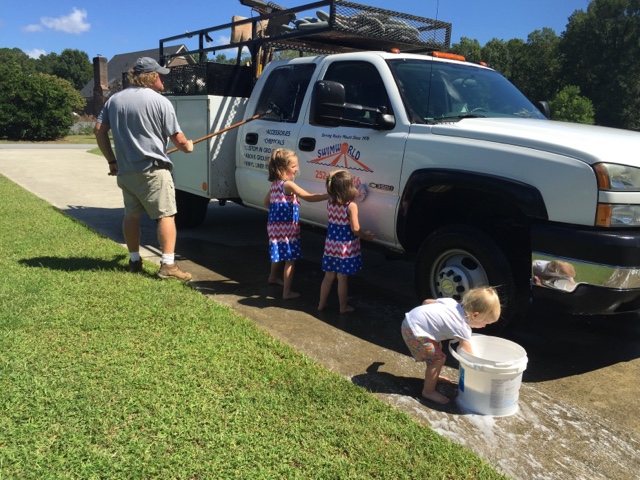 ANYTHING to spend time with him 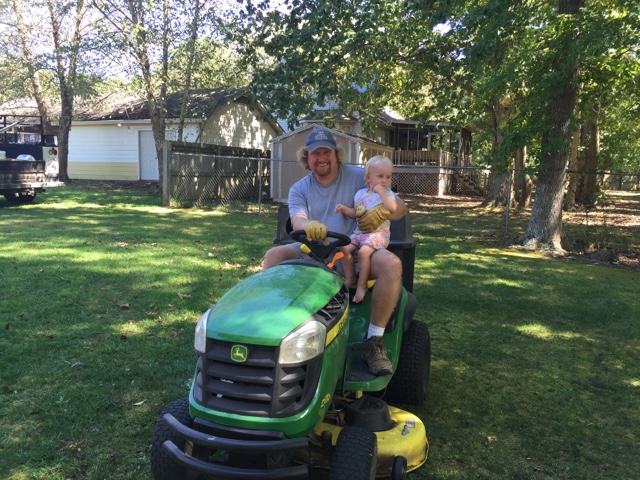 --- 4 ---
Back in the day... at our old house, Lee and Jibbe used to keep up a pretty massive garden. Well we moved, got busier, and really don't have a super sunny spot for a garden so two weeks ago we hit up the Farmers Market for some corn. 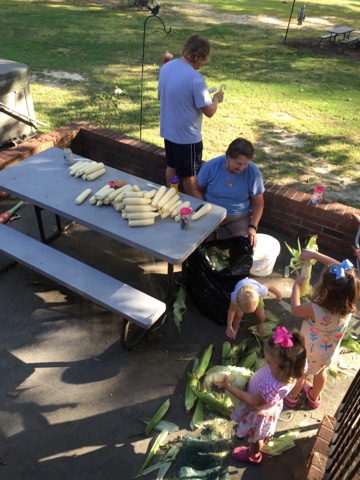 Maybe a little more than some.. 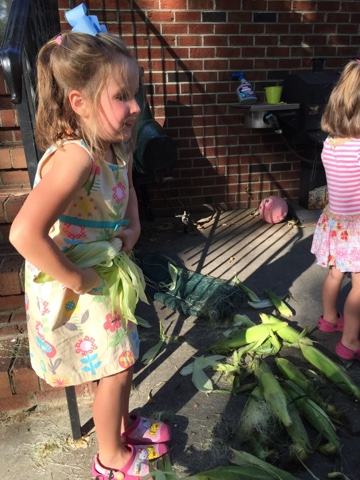 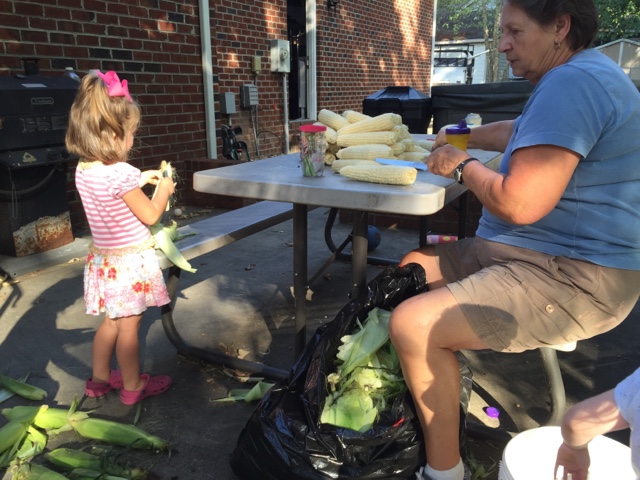 Now there will be 'good corn' for Thanksgiving's corn pudding. And if you don't know what corn pudding is then you are missing out. I didn't know what it was until Lee and I met and it is hands down fantastic and is a huge hit among people (my side of the family's Thanksgiving dinner) who only get it once a year! 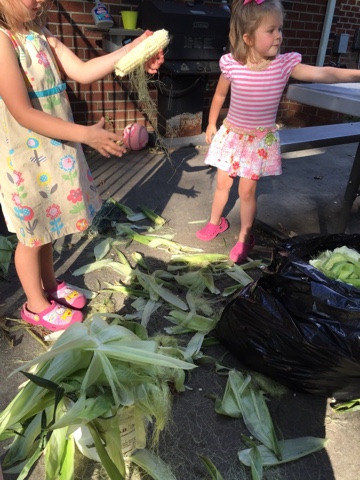 The girls were a great help. I think this might have been the day E fell off her gymnastics swing after helping so that was a bit dramatic and probably really really really hurt but she's no worse for the wear.

Soccer is going swimmingly... Our first game was canceled. I canceled practice last night because of rain and our game this weekend has already been canceled... 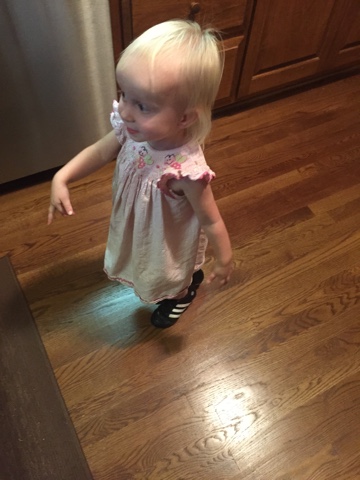 M's been holding the fort down with Papa during practice 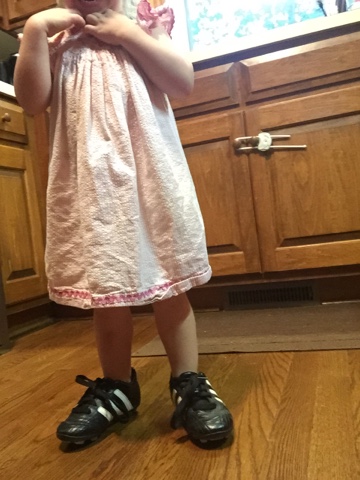 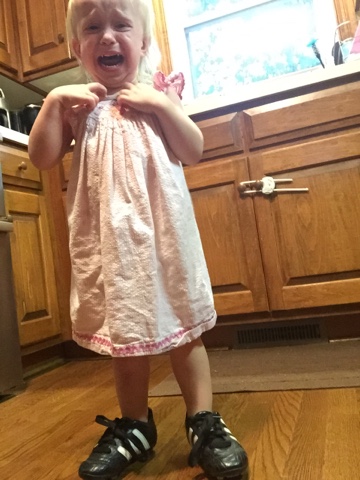 And she gets super mad when she finds out we've already been to soccer.. The life of an almost 2 yr old. Hopefully she'll forgive us when we bring home this new baby... though I am guessing M is going to win Helper of the Year 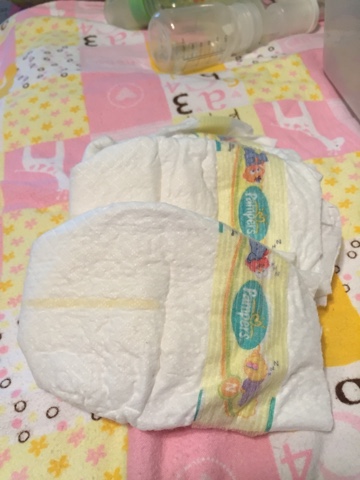 Last weekend after several afternoons and evenings of contraction (but nothing serious) Lee kinda was like... Are you ready for this baby?

So I dragged out the newborn box full of everything green and yellow. Found the bottles and the pump and the tiniest onesies. Washed everything so it smelled nice for baby. Packed a bag. Figured out the infant carseat I have might be more worn out than I thought - I (and Lee) cannot get the darn thing LATCHed or belted into the van tight - it is highly disappointing because these new infant carriers are super massive and weigh a ton. That's one thing that remains floating out there is what to do about that situation : ( 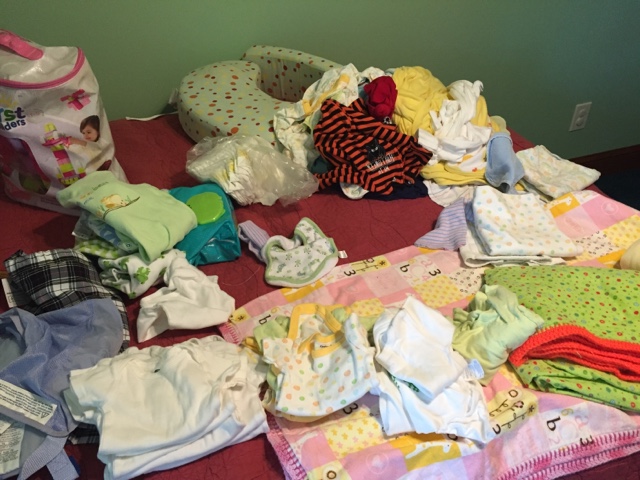 Lee painted the bedroom and we are getting the rocker/ottoman (thanks Craigslist find from 3.5 years ago) recovered. It is probably my single favorite to sit and nurse a baby and it was in DESPERATE need of some TLC

I'll leave you on a rainy note from LAST week which will give you a clue about THIS week as the rain keeps on coming but it seems as if the hurricane is not... 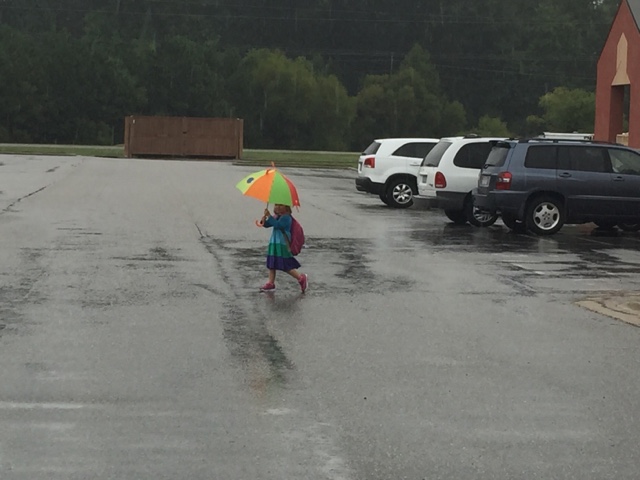 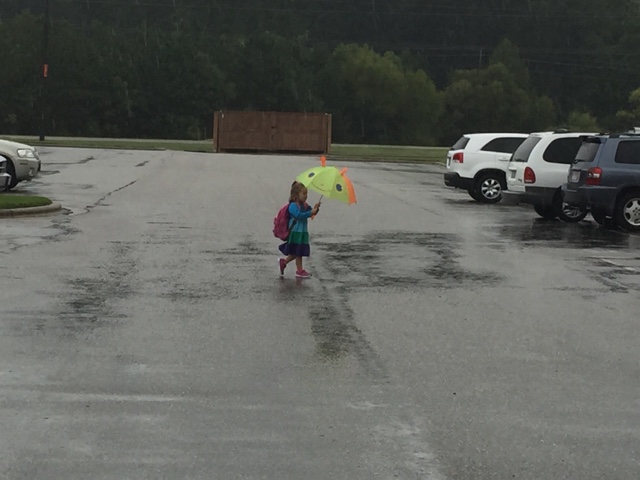 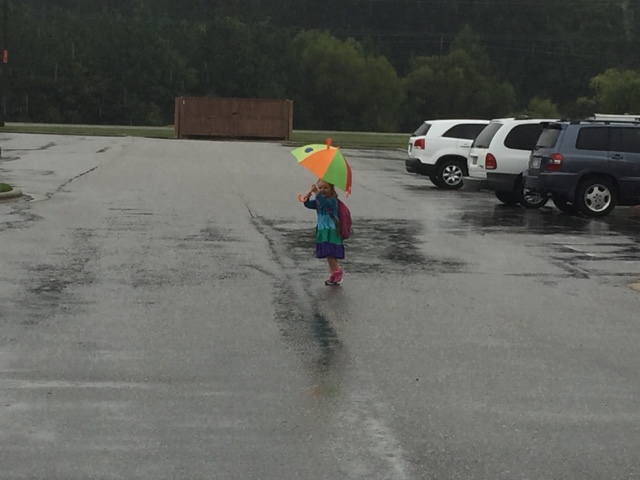 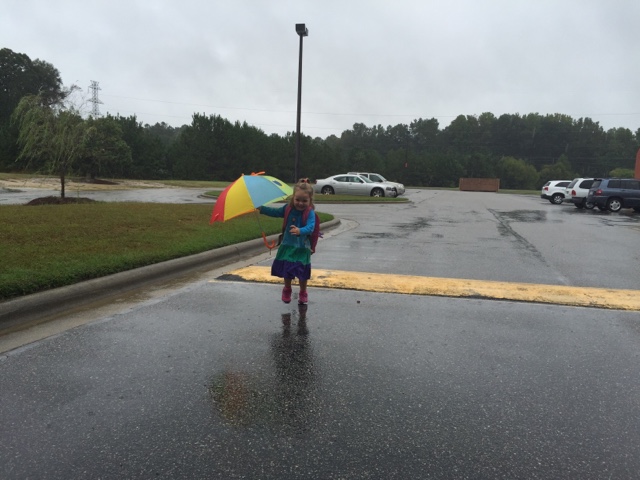 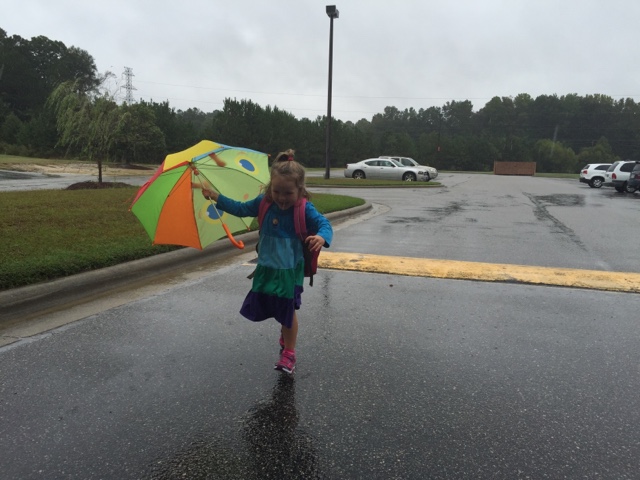