Fun Family Fitness - Another Round

And this is only one month late!

We carried on our family tradition of running the Rocket Mile - now that it is 2 years in a row
plus I am a sucker for making and keeping traditions. 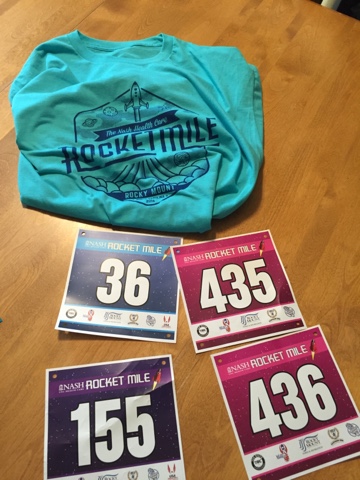 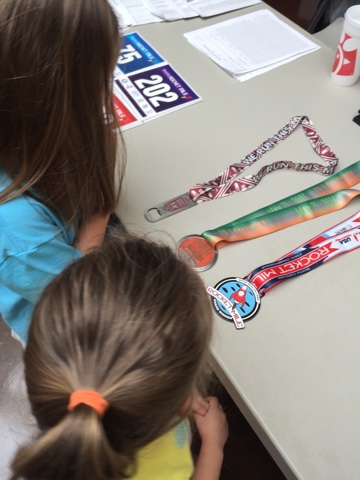 We picked up our numbers and shirts (which were INSANELY small) 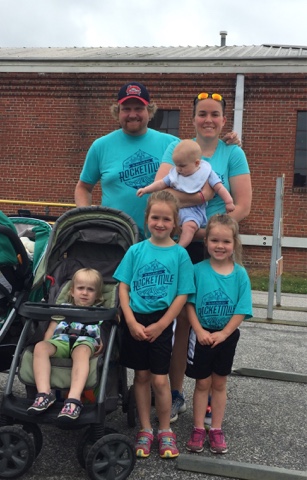 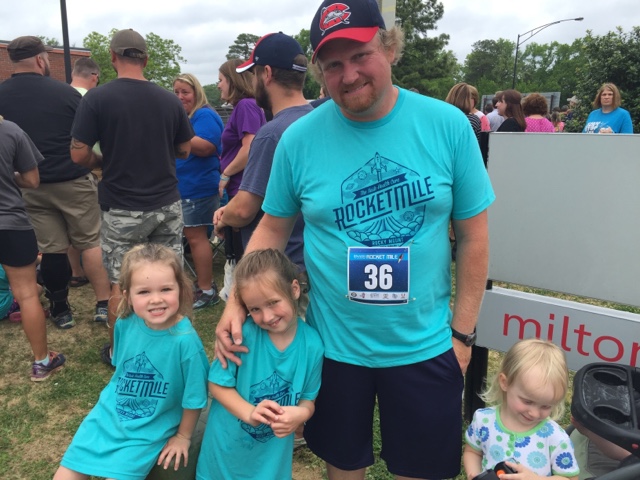 I was actually surprised Lee ran it this year because he foot was bothering him - but he did and took a minute or so off his time! The mens/dads race really could use some more participants! 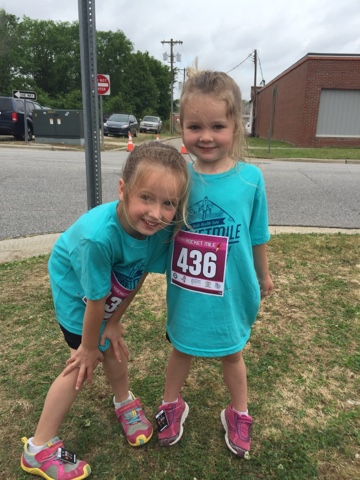 The girls cheer me on during the ladies/moms race. I finished in the top three for my age group but not because I had a good time. The 25-29 age group didn't have many participants this year or last year. Let's just say my time this year won't get me a medal for the next 25 years! So I'll relish in the glory of getting a medal for the last time in the next foreseeable future. 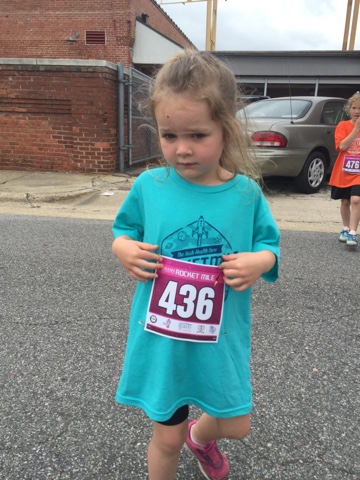 I thought she was going to lose it at the starting line. E insisted she be close to the front - because she had been practicing! 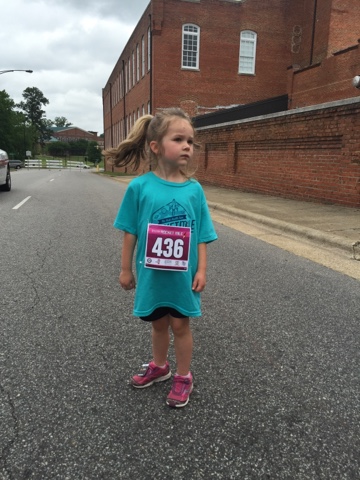 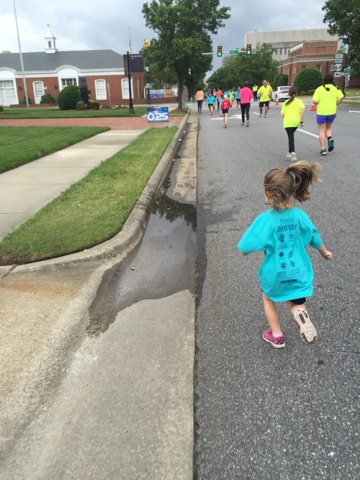 She took off like a rocket and ran the first .25 mile and took the occasional walking break but ran so much and so well it was great. I did have to repeatedly steer her away from the one lane of traffic that was on the road (two lanes were closed). 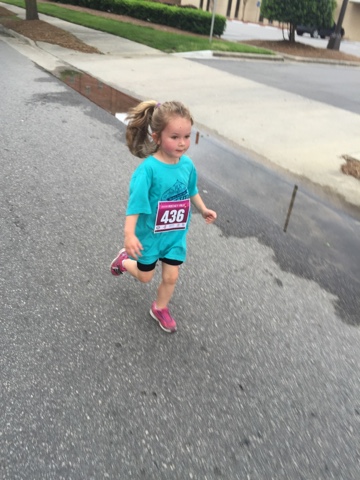 She finished and asked where her medal was.

I knew she didn't get a medal even though she totally rocked out her race. In fact E didn't get a medal either and she was disappointed but another girl from her class didn't get one so I think that softened the blow. She was 8 seconds from 3rd place though - so maybe next year.

Email ThisBlogThis!Share to TwitterShare to FacebookShare to Pinterest
Labels: family time, outside with the kiddos, traditions