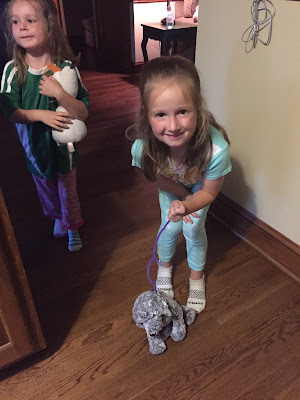 Summer is in full swing here. E skipped town with the class pet from kindergarten and made a leash out of pipe cleaner and has been dragging Fidget around despite my pleas that it might hurt his neck. I am pretty sure she misses all her friends because when we pray, she prays for them and she gets really mad when she cannot remember everyone from her class. 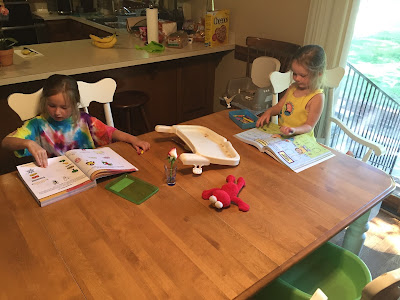 Workbook season is in full swing. E loves her workbook and always has to check them out when we go to Sams. I did take out the answer keys in the back of hers because she's a sneaky one. R is not nearly as 'into' her workbook and I have to set aside a few pages for her to do otherwise she won't do them. There is some sort of completion prize at the end - Legos, marker set something... but only if they are done to my liking.

I have found that cutting the top corners of the pages I 'approve' helps keep things moving so they don't focus on the monster number of pages.

Tough life at the pool. 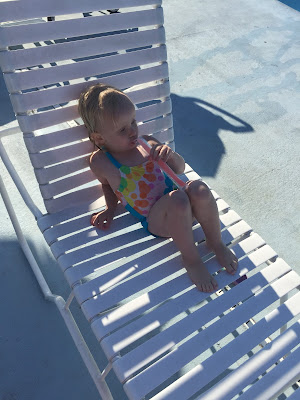 The girls had swim lessons and swim team (not M on the latter) for the past two weeks. Somehow they got the teacher giving them a popsicle after the lesson and I told her she was starting something - I don't know if she believed me. : ) 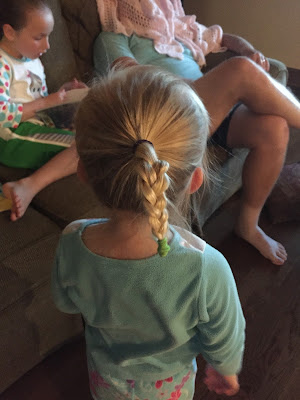 Wet hair means braids around here. M got (quite possibly) her first braid ever last week. Its hard to believe that last year the big girls had braids 3 times the length of the ones they have now 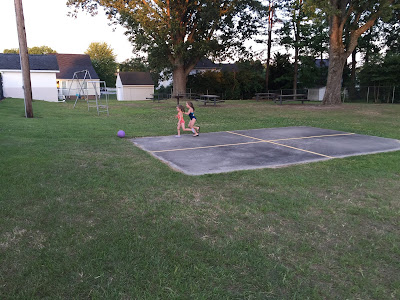 I took the girls to their swim practice one night and got caught up in a conversation. They said they were tired of the pool once it was over and they played so they headed to the little playground. R braved one bar of the monkey bars and then they got involved in a 4 square game with some (a little) older kids who were very patient with them since they have no idea how to play 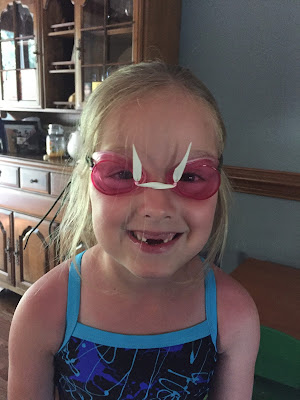 E is swimming (and swam last night) with the 6 and unders aka not with the coaches walking the kids down the lane. So I made good on getting her a 'racing' bathing suit - that was the motivation prize. The team one was $55? And hardly anyone has it so we found one with the team colors for $15 and she thinks she something else. She 'tried it out' at the practice before the meet - just to be sure it fit - and she definitely walked a little taller that day. Now the pink goggles remain on the counter for when (and if) she gets a first place in an event.

The 'racing' suit and goggles offer/prize/motivator is in effect for R too and I think if she wanted to, she could swim 6 and under this year if she put her mind to it - but the ball is in her court the goggles are on her head. 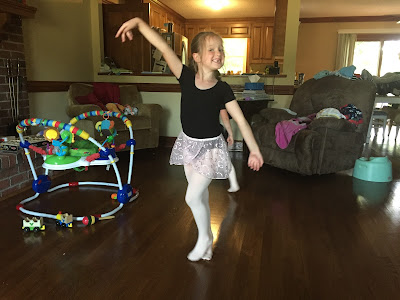 The TV has been on the classical music stations more often than not to accommodate the random ballet recitals that occur. 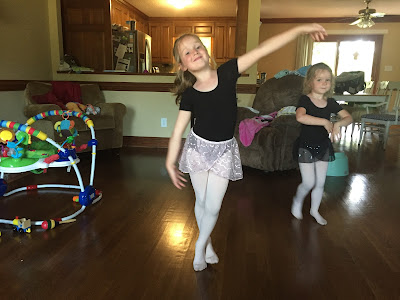 E announced she wanted to do ballet in the fall and we told her that would mean no soccer, which she was okay with. Then we brought up that it was much more expensive than soccer so we'd have to 'see about it' (hello $50/month!). She told us that we could take money out of her piggy bank to pay for it which kind of made me want to cry because it was that important to her. 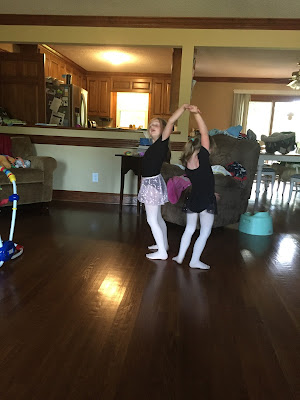 But the jury remains out because she returned to the soccer side of things this week so I have no idea what she really wants to do and how we'd swing dance if she really wanted to do it. 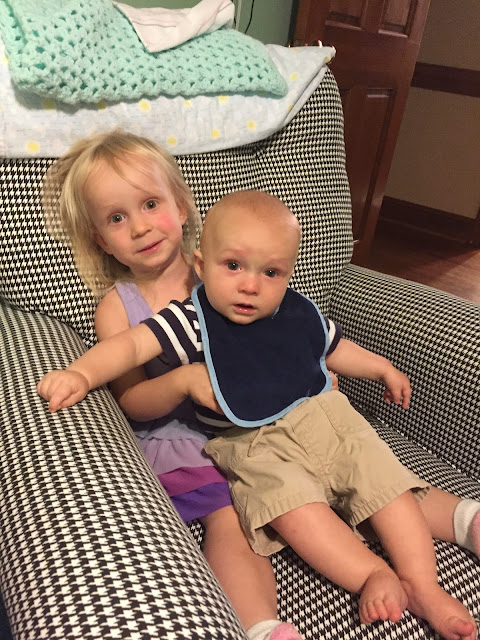 M dotes on A. It is so cute. She begs to hold him at some of the most inopportune times so when we can take a moment and make it happen she always wants me to take a pic : ) 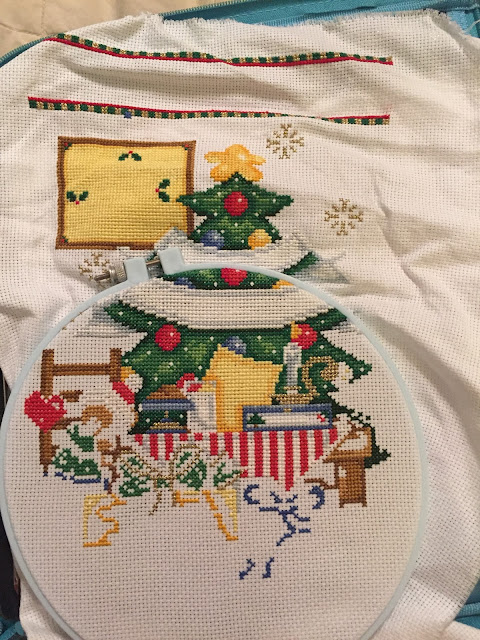 M's stocking... I had a good little stitching session the other night and I hope to have some more. I am tired of doing this one I want to hurry up and finish but that does not seem like it will happen anytime soon.

Bubbles + a toddler + a baby 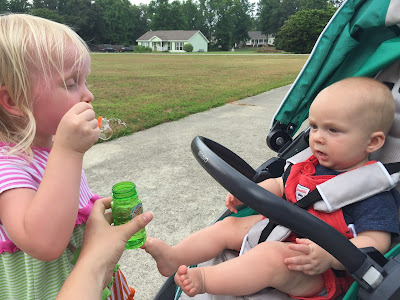 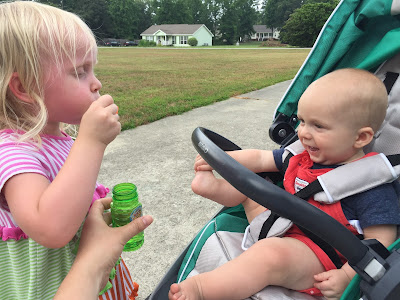 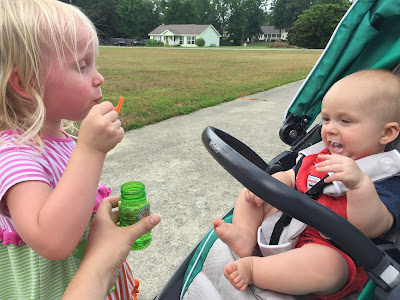