A Perfect Start to a Fun Summer

If last weekend was a teaser for how this summer is going to be, then our kids are in for a real treat. I finished reading (I know can you believe it) this book about giving kids the freedom to play more (I'll tell you about it later). So my new motto is this - they could be sitting in front of a screen or doing X, Y or Z outside - playing in the mud, going to the pool, chasing bubbles, making chalk dust (which truly drives me nuts) - I may have to get them several pairs of shorts or skirts that I don't care about otherwise my laundry sink will be overflowing trying to soak the stains out.

Here's how last weekend shook out: 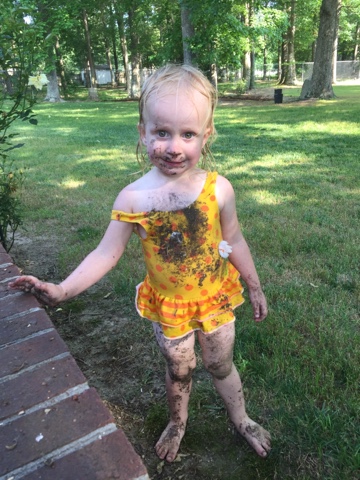 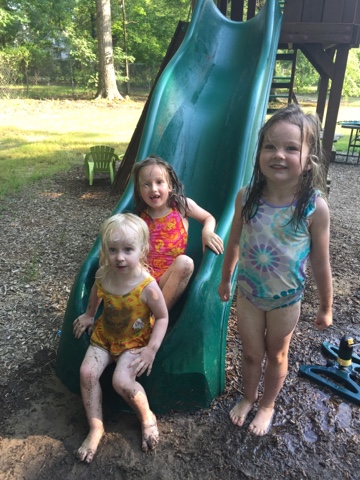 Everyone say summer! (Note the sprinkler)

I went out to do the honors of the pizza and beer run for us and a neighbor and came home to this: Who knew throwing dirt and mulch on the slide and sliding down it would be so entertaining? 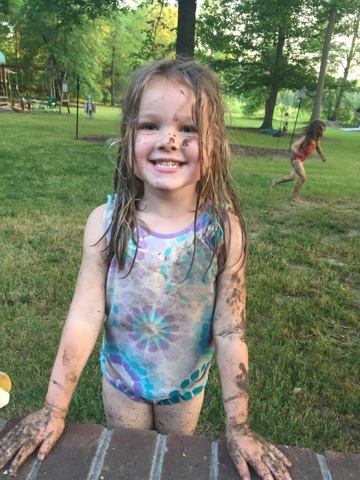 Operation Friday night was a success Saturday we had a family over from E's class. Her class is fantastic. The kids are great and the parents are awesome. For how much anxiety and gray hair I grew over her going to school, it was all totally unnecessary. Anyhow, the kids had a good time playing, the adults had fun talking and somehow I managed to not get one single pic of them : (

Sunday we did our normal church thing. Followed by lunch with friends from college. So great seeing and catching some of the people I used to see everyday for several years. Then we headed to Grammy and Grandpa Joe's to celebrate their 35th anniversary. Uncle Kev manned the kitchen and served up a tasty meal. Again no pics from that day either : ( 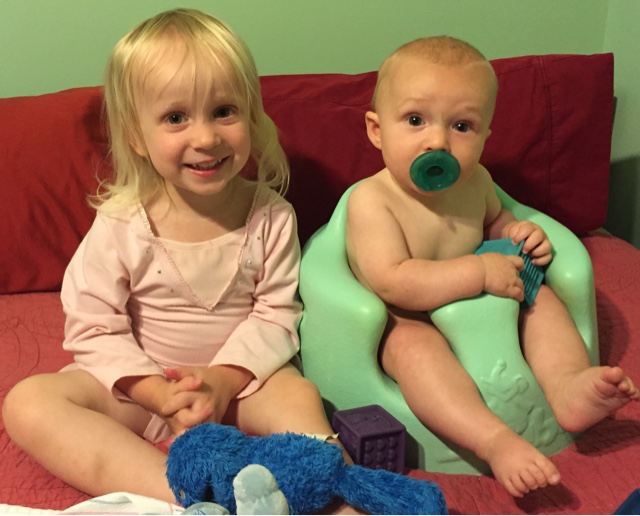 Then Monday rolled around. The girls did ballet in the living room. A didn't. I threatened if I heard "Nash Rec" one more time we wouldn't go because I knew it was open and we would get there if we could and if we couldn't then so be it. 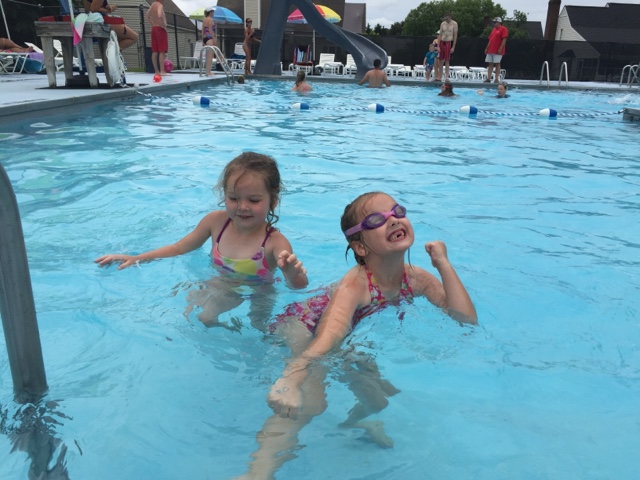 And we did get there while the two littles were resting. It wasn't a total mob scene like it was last year because the weather was overcast. We stayed for a few hours. I got in only so R could go down the slide. The water was freezing and it didn't help that the sun wasn't out. 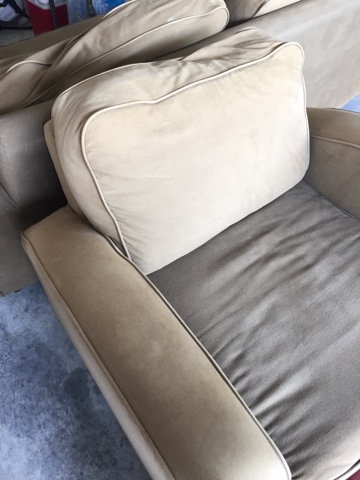 To top it off Lee cooked a knockout dinner that night and some people drove from an hour away to buy our old couch and chair that I was about ready to donate because it was just sitting in our garage - thank you Craigslist.

So if this weekend was an indicator for how our summer will be, I'd say we have set the bar pretty high for having a fun time!
at June 03, 2016

Email ThisBlogThis!Share to TwitterShare to FacebookShare to Pinterest
Labels: friends, outside with the kiddos, summer