Going to get Ice Cream 20 minutes past bedtime 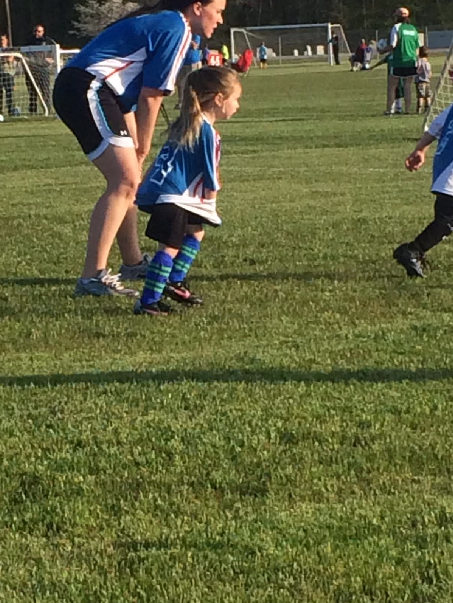 Okay so I'm a mama of my word and because of that we had to go take the girls out for ice cream tonight at 7:20 because…. {drumroll please} 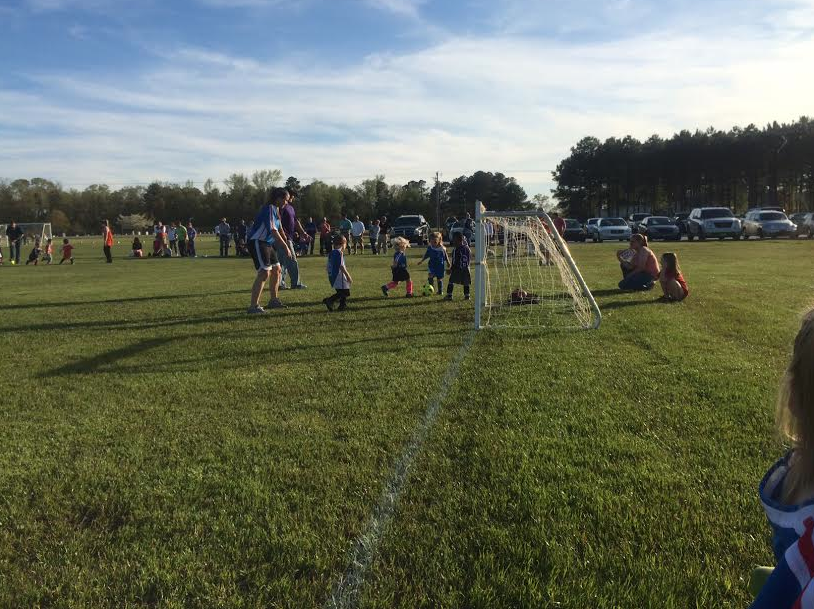 E scored (not one but) 2 goals during our soccer game today. And oh my goodness we were so excited for her.


Despite the {lack there of… ehem… Papa} photographic evidence E scored a goal and screamed and was jumping up and down and ran over to the sideline and gave Jibbe and Papa a big squeeze. It was the craziest thing because last game she would barely get close to the ball but this week she actually tried kicking the ball away from the other team and was brave enough to take it to the goal… twice. I think we can thank Grammy for the extra practice from this morning.

Seriously the girl was thrilled. Then she had a bit of a collision with another player and was significantly less interested which was a bummer since the Dragonflies were a bit understaffed today. 3 of 5 kiddos (not including R - who wanted to be held while I ran up and down the field but that was just the last 5 minutes she was granted field access).

So I was actually surprised how much better the kids (on both teams) ran around with only three on the field (a total of six). It was probably one of the better 3 yr old games I've coached - since I'm a 3 yr old soccer coaching expert. We still had our issues trying to get the ball in the right goal, trying to stop the other team from scoring, and I was hoping for all 3 players to score and we came super close. 3 yr olds are so fun to watch.

It was off to ice cream to make good on our promise to E. No pics from that because M was hungry and R was flinging ice cream around but we have our colorful plastic (souvenir?) spoons to prove it.

Email ThisBlogThis!Share to TwitterShare to FacebookShare to Pinterest
Labels: soccer