We have been adjusting to life with nightly homework. Seriously it is only a page or two of letters and numbers plus one crafty thing a week. Very manageable but I'm not here to debate the necessity of homework in Kindergarten 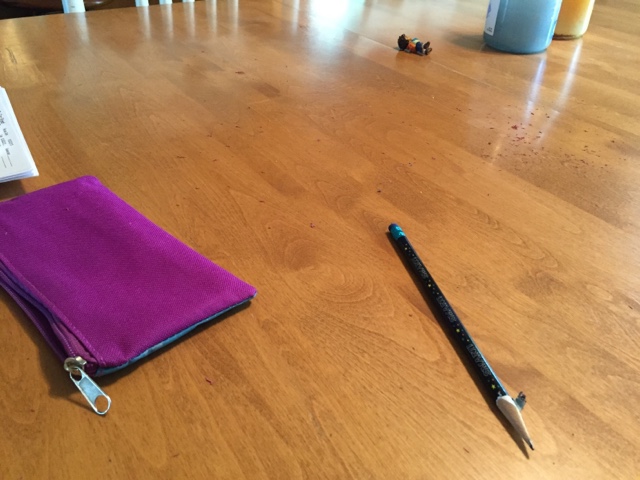 One afternoon though E did a noticeably poor job on a page and I seriously erased a good 2/3 of the page and had her redo it. I think she was a bit mad at me but sloppy work now means sloppy work later.

And you know what, when she had to do the same page of numbers a week later how do you think that quality was the FIRST time around?

Let's just say that lesson was learned in one go. Let's hope she doesn't forget it : ) 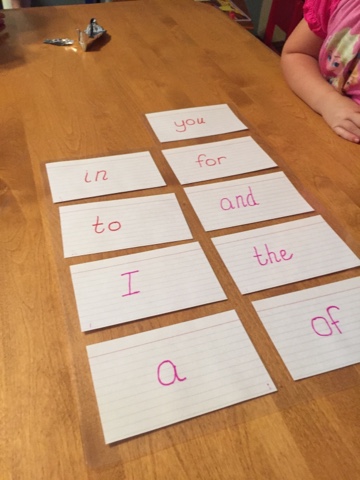 I went to get E's first couple sets of sight words laminated - mainly because the notecards I bought at Target (Target brand) were as thin as paper. I know I need these to hold up for at least this school year and hopefully R and M (and new bebe!) will have the same Kindergarten teacher so we could conceivably use these for several years. Plus the cost of laminating them was not terrible and it saved me the hassle of in-home-laminating aka stacking 3 cards together (yep they were that flimsy) and taping them with clear Duct Tape.

Oh and if you missed the latest post on just how crafty our family is... check it out 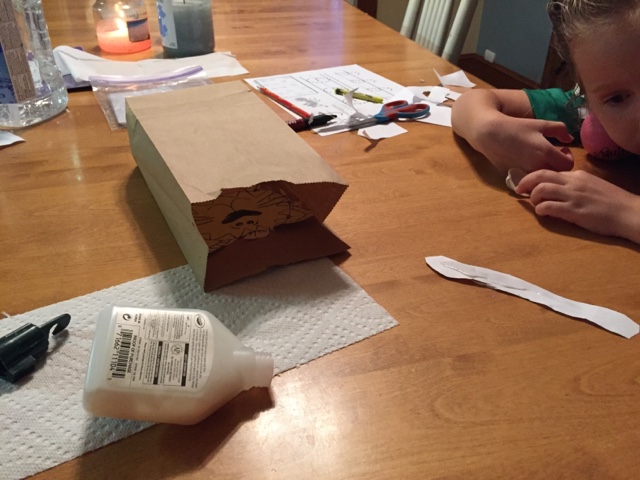 E had to do some quick coloring and gluing this week and of course we are down to the DREGS of the glue and I kept banging the bottle up-side-down on the table WILLING that glue to come out and it would so after enough banging, I finally stuck my finger in the bottle and got that glue out myself! Just for the record E wanted to do it but I wouldn't let her - imagine that! - but she did put the pieces in place.

In other random news, E and I mailed off our hair donation one day after school. That PO trip took place after we detoured to the warehouse to visit Nani (and I had to stop for work). I LOVE working for a small company where I can take my kid(s) when necessary. E got to see (and smell) the dried tobacco, watch an 18-wheeler get loaded, check out some different farm equipment and see the fertilizer that I sell. It was a mini-field trip! 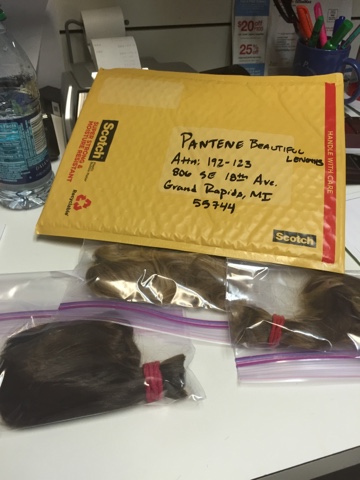 I wished I had let her help me package it up but it didn't really dawn on me until later. 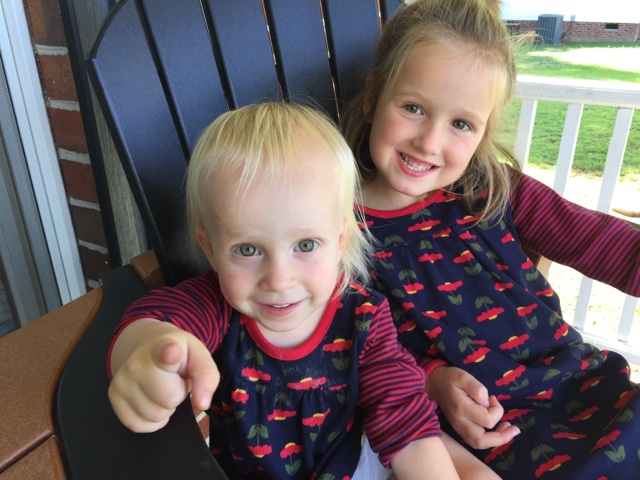 Yay for longsleeve tops and shorts on the bottom! 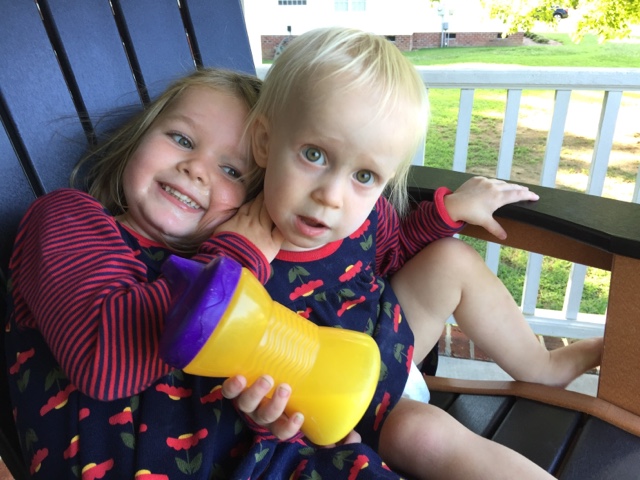 I will say that getting people dressed in the morning - or at least approving or advising on dress - is tough when it is 45 degrees when we leave the house. Low 50s for the prayer line at school. 60s for preschool drop-off and 80s for most of the day. It seems excessive to bring a coat everyday thus the van is littered with coats for those 'just in case' mornings.

E had a really busy week... 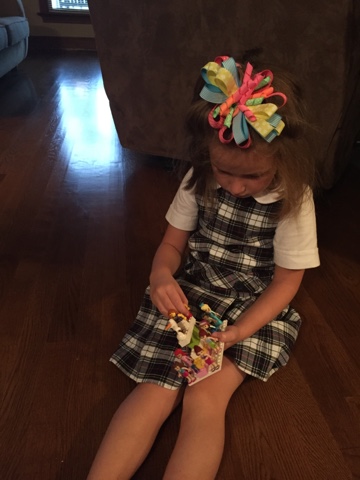 Which included giving American Heritage Girls a try, soccer and a dress down day at school. She was so excited about her dress down day, I woke her up and the FIRST thing she said was - Mama today is dress down day! Yay for Papa going to the HSA meeting which earned her that. She wore her most colorful dress and bow and she even slept in the bow so we had to do a swap the next morning.

For show and tell she had to bring in 5 small items and of course the infamous Legos had to go. I might have said a quick prayer that they make it to school in tact.

R had her first show and tell EVER and guess what she brought.... 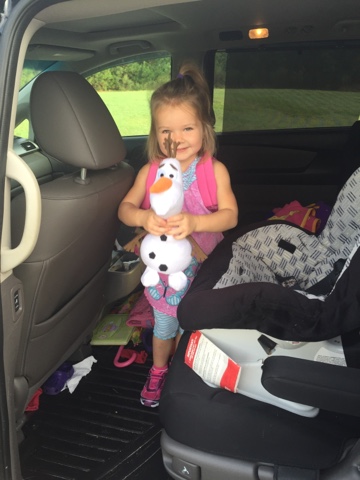 She had talked about bringing in one acorn but Olaf was the final answer! 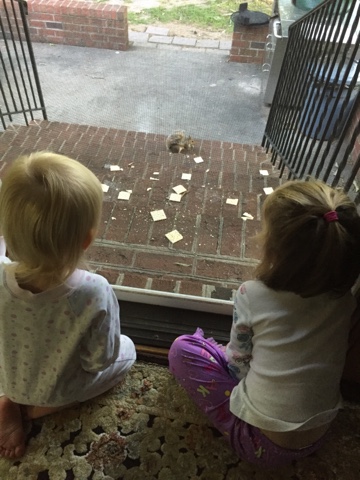 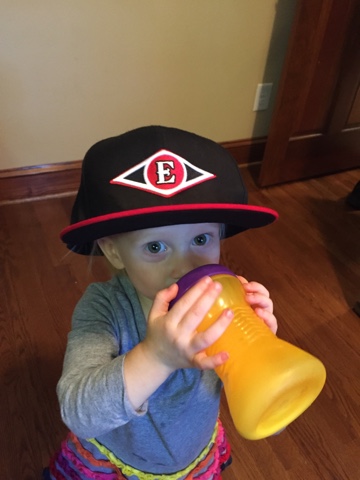 She's in a super cute stage and she knows it 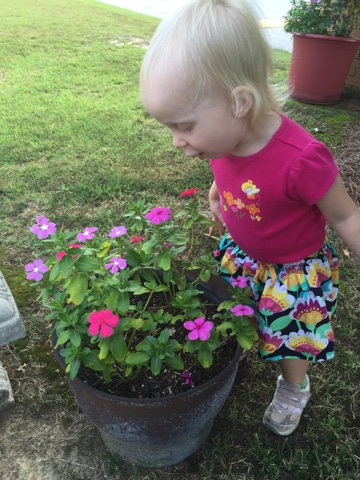 And she's got a mind and attitude of her own : )

Yesterday was such a peaceful, unscheduled afternoon and evening. The girls played outside. They FINALLY got to play with their friend from next door. We ate pizza. They got to watch a show and they went to bed. It was a calm end to a wild week... 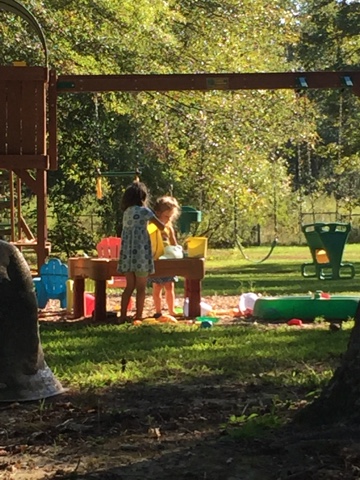 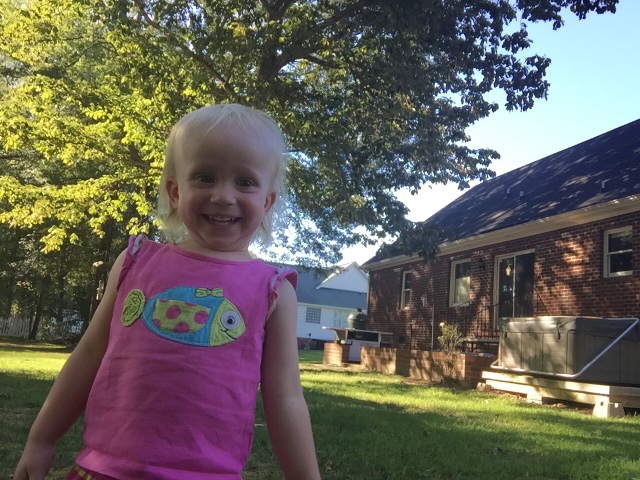 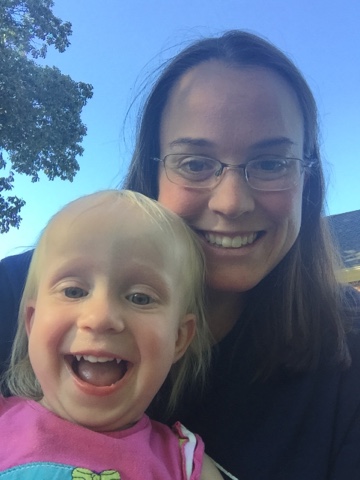 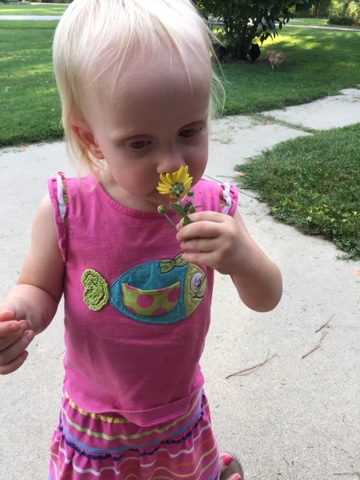 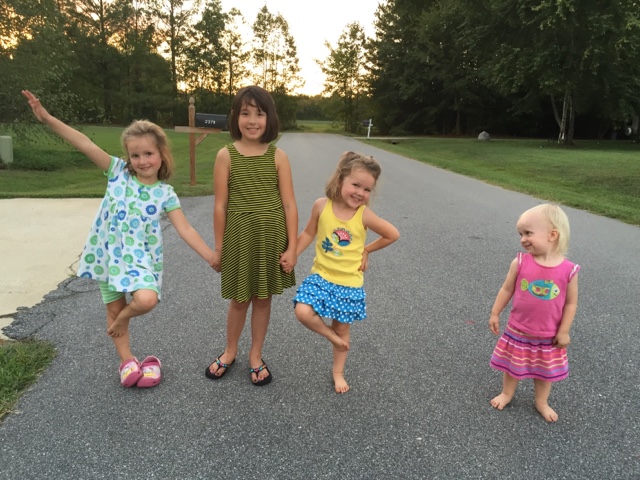 Email ThisBlogThis!Share to TwitterShare to FacebookShare to Pinterest
Labels: crafty, friends, homework, outside with the kiddos, preschool, the sisters, work