September 14, 2015
Just so R has her first day of school on the blog and she can't say I left her out just because she's the middle child here's how it went down... 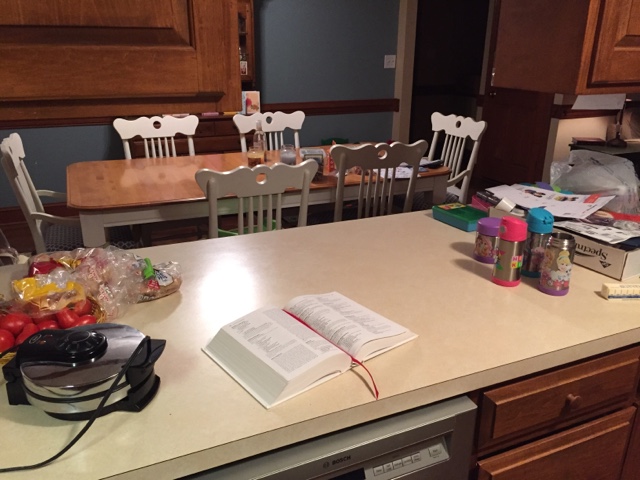 Yes I could have pulled extra ones out of the freezer that I made for E's first day but I'm a glutton for extra work so fresh waffles it was - lovely clean counter, no? 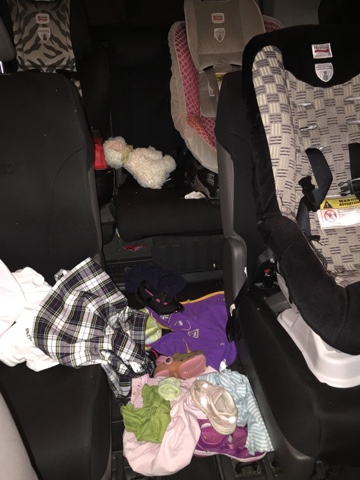 Giving the van a once over because we had church the night before. 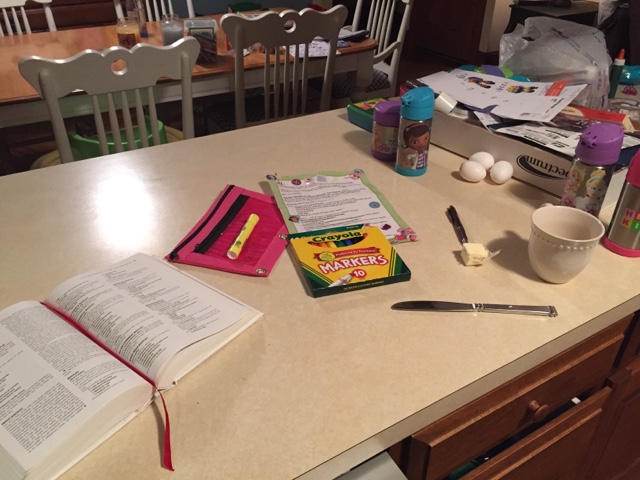 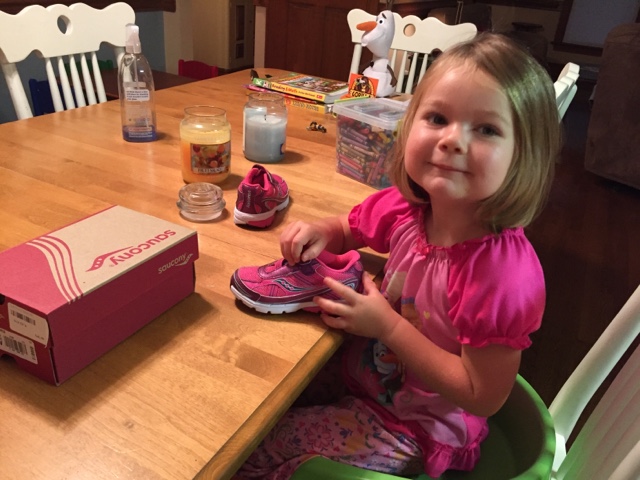 Ceremonial new shoes. I think I was more excited by the prospect of her not having to wear those BLASTED shoes with laces that had been driving me NUTS for the past several weeks... OCD? Quite possibly 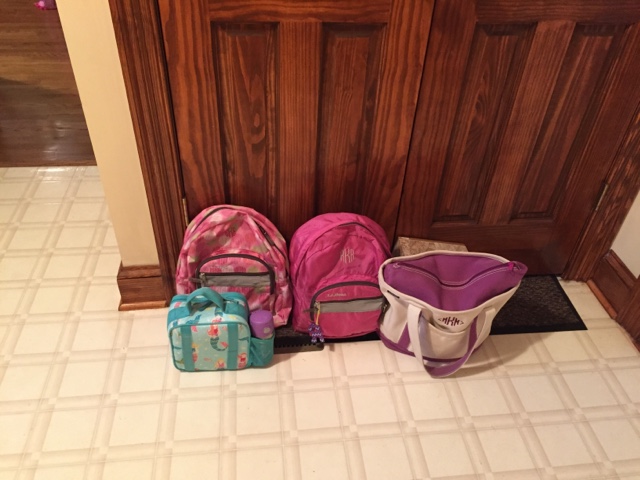 But not for the win was the state of the kitchen when we left. Dishwasher was not unloaded. Mac and cheese lunch remnants was on the stove. Waffle iron had been overfilled (rookie mistake, I know) and was still overflowing. Syrup dotted the table. Breakfast dishes were left in their spots on the table.

That is what taking 5 minutes away from my mornings - in the name of pictures of course - will do. I promise I am a scientist when it comes allowing time to get out the door. 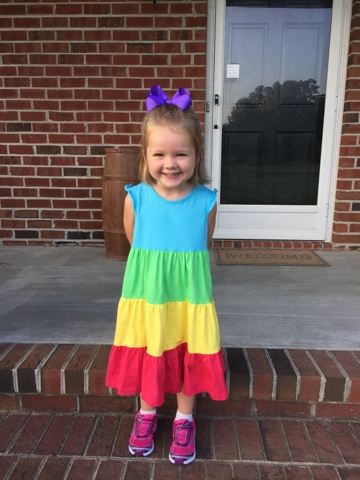 So excited to have the spotlight! 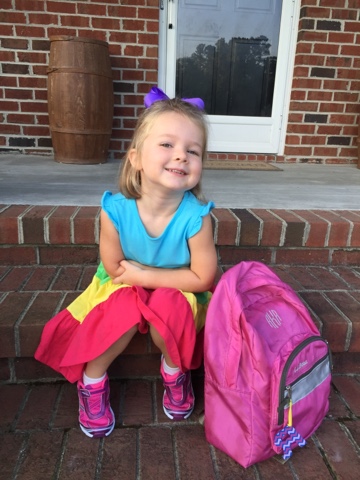 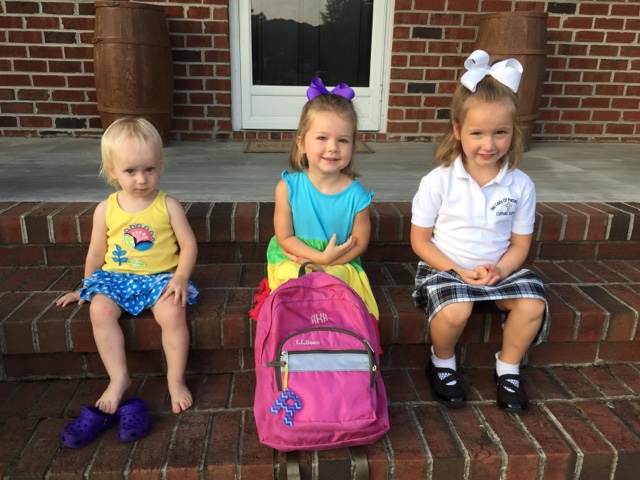 Because the sibs were there too... 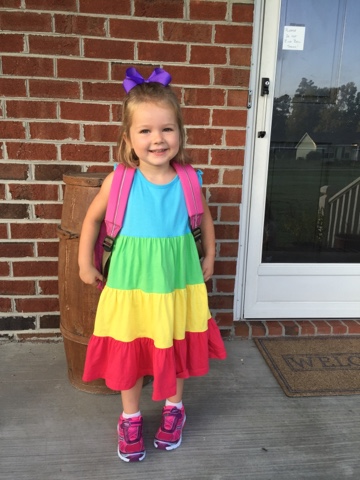 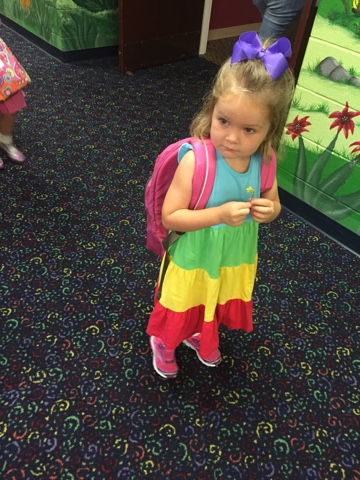 She's carrying a flower she picked for me : )

Ever since she goes in like she owns the place.

I never hear about too much other than they played... and played and played - and I think she says that to spite E : )
preschool the sisters traditions waffles