A Babymoon to Remember

So we left off about here... 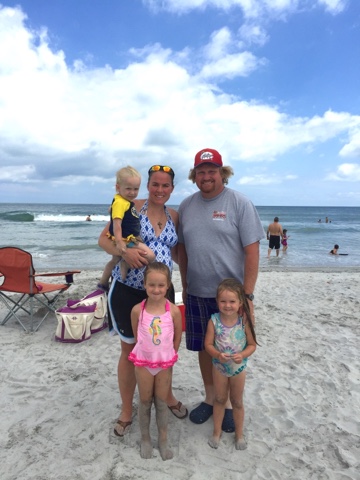 Day Trip to the Beach

We got home a bit of a sandy mess and then my mind was changing gears from beach to packing the girls up for Grammy's and Jibbe's. Divided the girls were conquered cared for : ) M was easy because she stayed with Jibbe so if I forgot anything all her stuff was a quick drive back to our house. E and R stayed with Grammy and Grandpa Joe and they had a big agenda of stuff they were doing so I think I went overboard on the packing and somehow they ended up with 4 pairs of shoes for 2 days but... whatever! 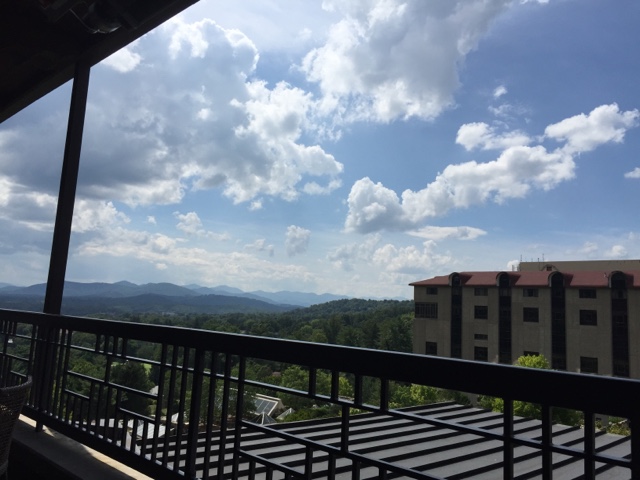 From the coast to this view.

We listened to the Screwtape Letters on the drive up which was super interesting in general but considering the van is usually filled with laugher and screams and yelling and whining and singing being able to pause the book and talk about a chapter was novel. 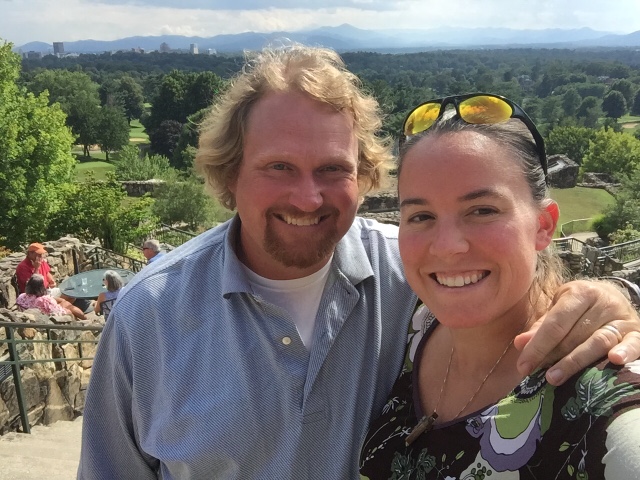 Yes I wear those sunglasses entirely too much : )

We walked down to the golf course - down about 250 steps that is and then trekked back up. Lee promised we could walk some of the course the next day which brings back memories of walking the golf course when we went to Jamaica on our honeymoon. 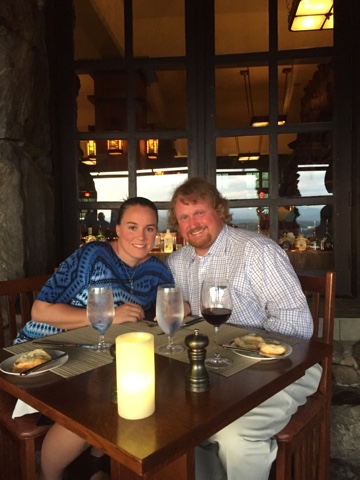 Dinner with a mountain view.

After the welcome reception - did I mention this was actually a work trip that involved Lee coming and no kids coming so that still totally qualifies as a baby moon, right? - we had dinner on the terrace. The weather was great. The food was awesome. It took the waitress FOREVER to get our check but we were taking bets on the tab for a group of 10 or 12 was so we made it interesting. A guy proposed. It was an exciting dinner. 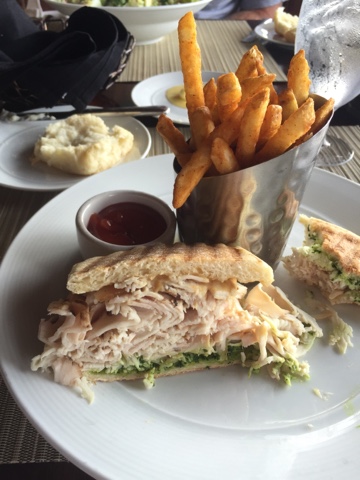 Lunch the next day was AWESOME.

The next day I had a long morning session which gave Lee AMPLE amounts of time to read - which is his favorite thing to do with his free time these days. Then we grabbed lunch. I had to go meet a customer that afternoon so again he was in uninterrupted reading mode - which is probably the real reason he wanted to go on this trip : ) though he has had a pretty insane summer so it was a well-deserved break.

We did take our walk on the golf course and watching the guys play and try and find their shots was really quite amusing. If we didn't have a huge impending hospital bill come October and we had more than a couple hundred dollars to burn it would have been nice to hit the spa BUT... we didn't which was probably for the best. 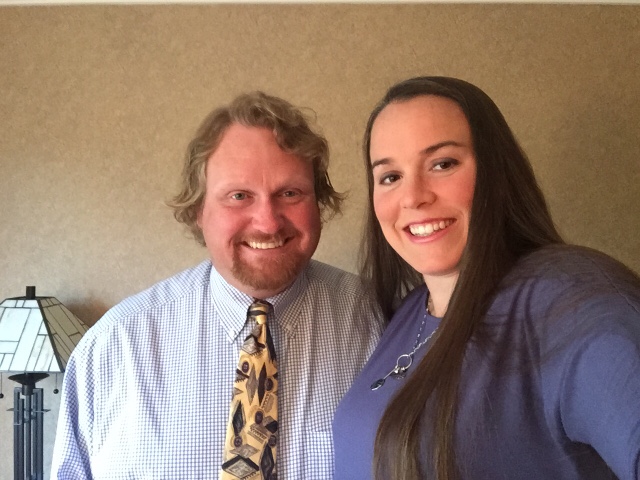 Then we headed to dinner which was not nearly as great as the night before but that one would have been hard to beat. 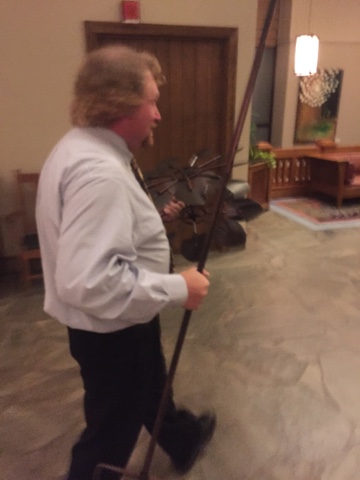 We were up early (but at our normal time) the next day to shoot to Grammy's pick up the E and R, 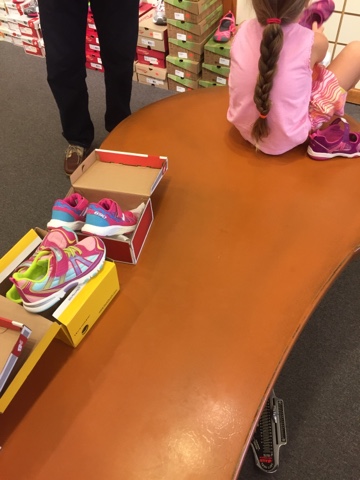 Pick out shoes for school with our long hair

Then Papa headed back to the ranch to retrieve M since I had one last business item to wrap up.

All in all we had a great time. We cannot thank Grammy and Grandpa Joe and Jibbe enough for making it logistically possible. I did hear M had lots of fun swinging on Sunday and she was probably treated to an extended spa experience each night at bath time. E and R got to go to Pullen Park which is a big time favorite for them. The butterfly house disappointed abit only because there were not many butterflies around but they have been talking about Wee Willy Winky ever since their visit