7QTs - Rabies, A Trip, and Kindness

So I probably overdid the hashtags last week but hey... You trying surviving a week single-parenting!... It'll make you lose part of your mind. Here's to a hashtag free week

Now a few things to start:

A. Uncle Kev got some insane rabies vaccination this week since he was bit by a dog while running on Sunday... If you have an rabid animal problems, he can come take care of them for the next couple years and be in the clear! : )

Some sort of weird illness thing ran through 3/5 of the house this week. M was the first to go down on Sunday. Followed by E Monday night. Papa Tuesday all day. And everyone was better about 18 hours later but I kept everyone out of school an extra day and E went and got sick again Wednesday night?!?!?! Yeah I have no idea. Praise the Lord R and I did not get sick and hopefully it will remain that way.

Due to that I'm short on material so you are stuck reading about when I went to Florida for a 2 day business trip. And my mother in law had knee surgery - timing is impeccable. Fortunately everyone got their Jibbe fix the night before the surgery and Grammy came and helped hold the fort down.

Oh and it was in Orlando and no we did not take the girls. I must say I was impressed I could suppress much of the Catholic guilt that one might feel when you go to a place that is home to the princesses whom your daughters have begged to see. 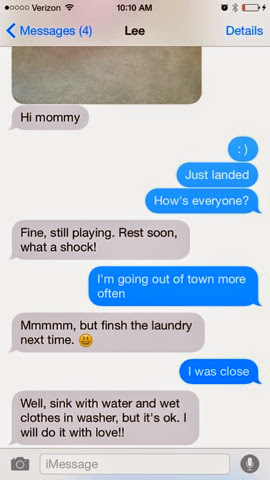 I guess I really should finish it when I'm the one who is like "DON'T TOUCH MY WASH, PUL-EASE" 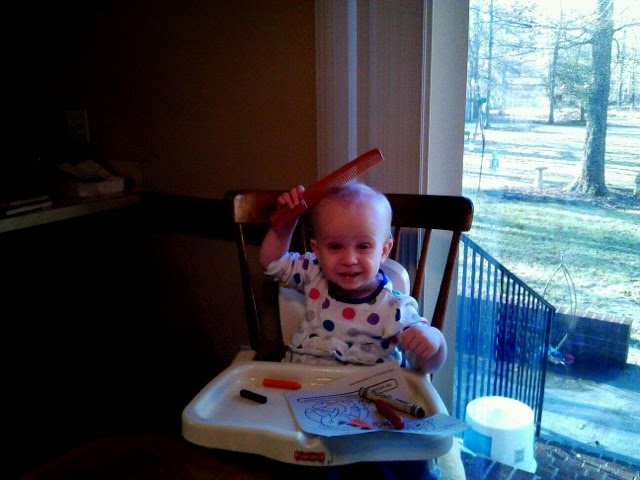 M trying to prove she has hair worth combing : ) 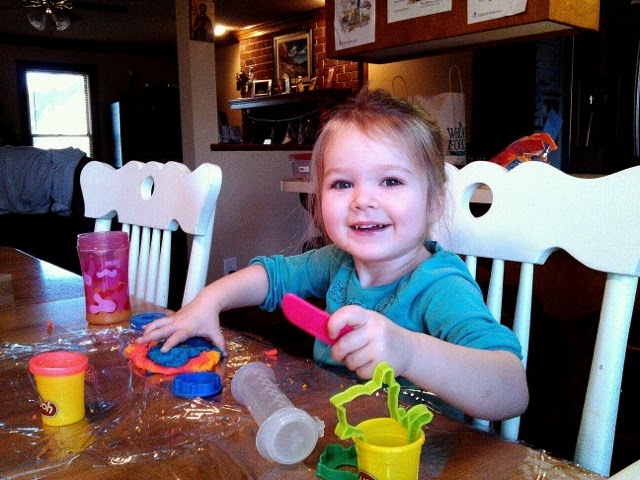 And actually let them play with it! 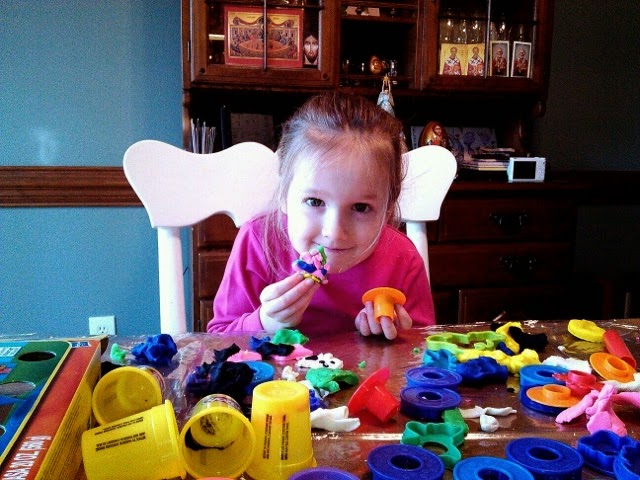 If you have ever read this blog, you might know that I am adamantly against playing with Play-Doh (at least when I'm home) because that means I'm the one who is picking up those little pesky dried up Play-Doh dots and crumbs.

The girls have been BEGGING to get that Play-Doh out since Grammy came but I have vetoed that idea in favor of other ones. Maybe I'll lighten up one day. In fact I think during the second 'sick' day this week Papa even let them play with it. Whatta guy! 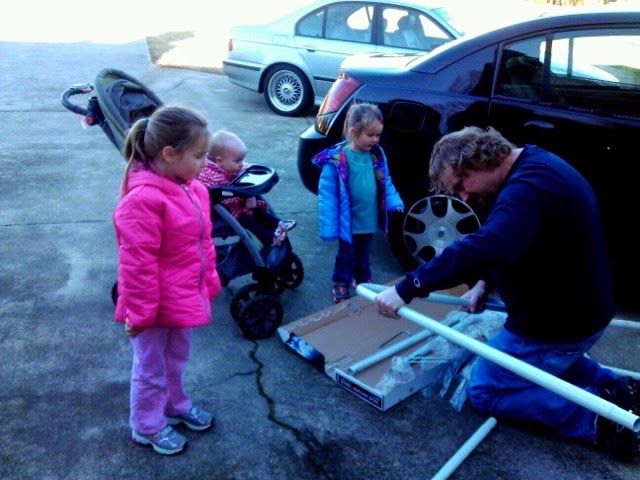 She got them out practicing for spring soccer with the net the girls got for Christmas! 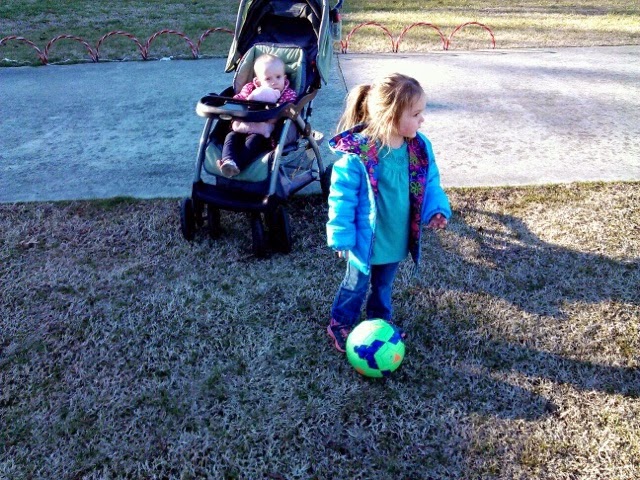 Which reminds me we need to go sign up : ) 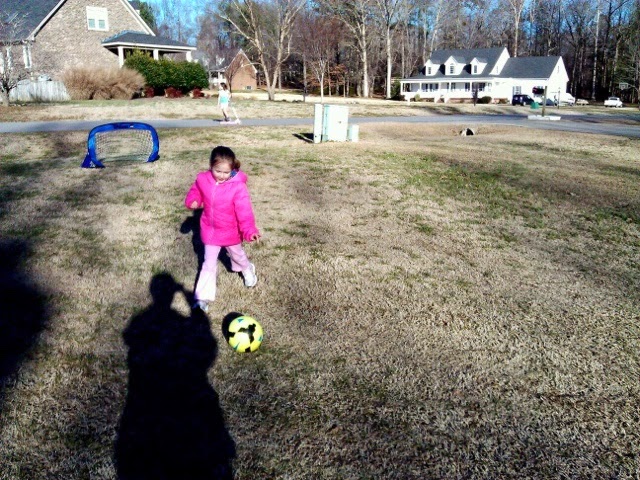 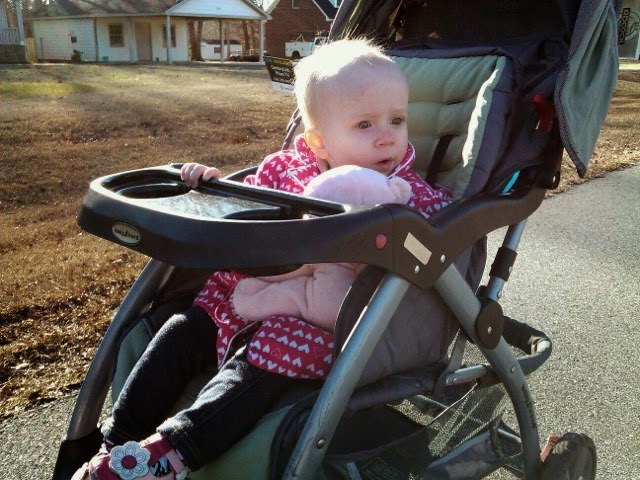 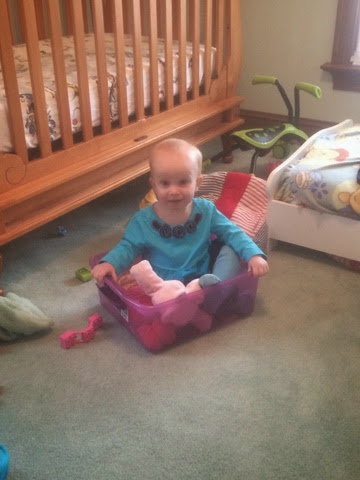 M survived the days without me even though I think she has become more cling-on-ish than ever before. Which is not a bad thing but she is getting heavy and needs to get with the walking program because I think now a 15 months and 3 days she wins the latest walker award!

Scratch that... Just to check myself on that I did not deem R a true walker until she was 16.5 months so M's got some time to prove me wrong.

I dedicated the last QT of these posts to R's walking status : )

If you do happen to click one of those links check out R's hair! Then compare to M. Funny, no?

To close, it was a worthwhile trip with some really excellent grains of wisdom thrown in: 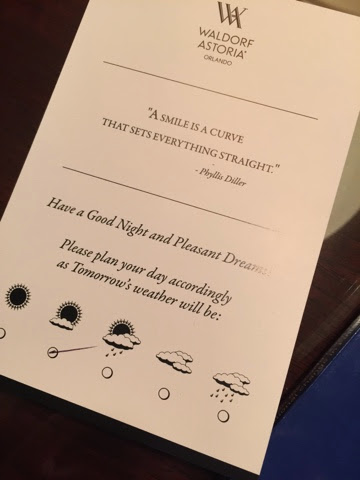 And one of the keynote speakers closed his talk that went something like this... If you want to have the best 2015 -

How true is that?

He brought up how act of kindness now are not just an everyday thing. Unfortunately most people do not want to go out of their way to be kind. Maybe being kind is inconvenient. Maybe being kind is too hard. Maybe there are 1000 reasons to not be kind but you know kindness is one of those things that gets you Pay it Forward.

Definitely going to be keeping KIND for my word of the year!

Email ThisBlogThis!Share to TwitterShare to FacebookShare to Pinterest
Labels: grandma, laundry pile, outside with the kiddos, quick takes