Linking up with Kelly because it's Friday!

Saturday we had another doubleheader of tee ball and soccer. Except it was picture day and the games were back-to-back which was fantastic! 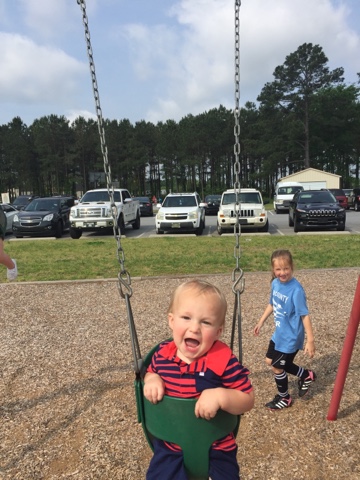 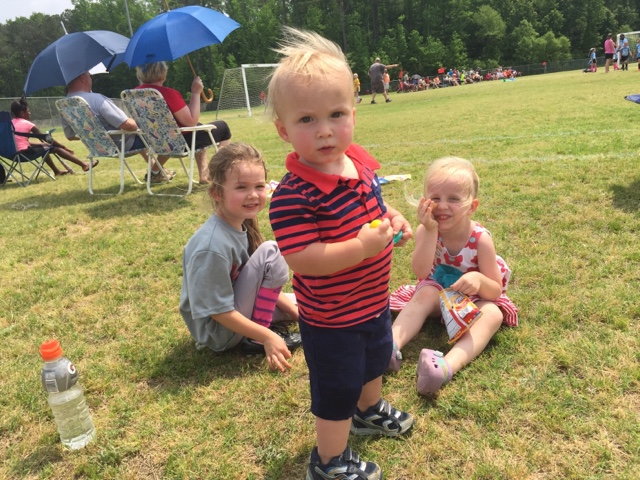 Then it was distraction of the masses during E's game. Side note A is stinking so cute in this pic. And not side note, E scored 2 goals in the game! 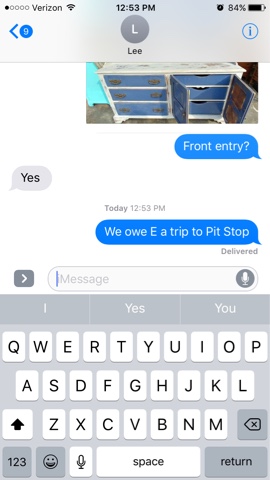 
Because Lee was working. So we made good the reward after church the next day so Papa could be there

I think it's safe to stay everyone had a good time! 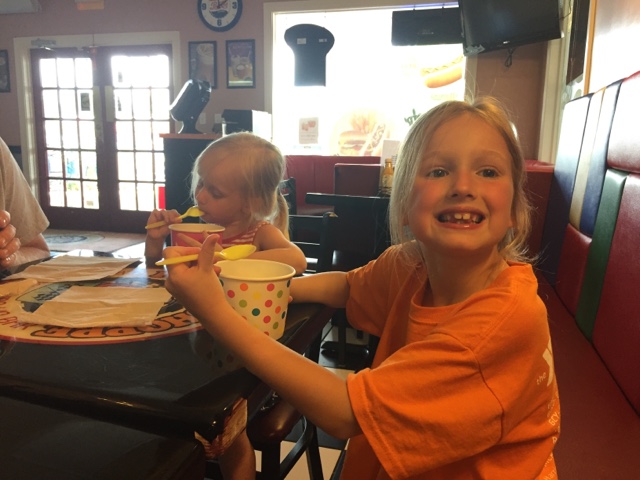 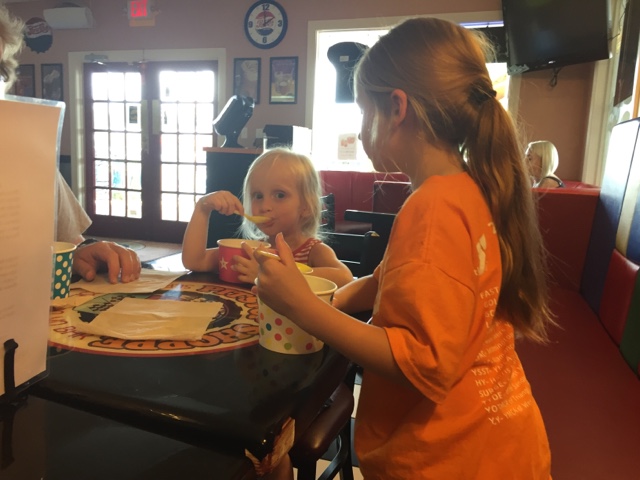 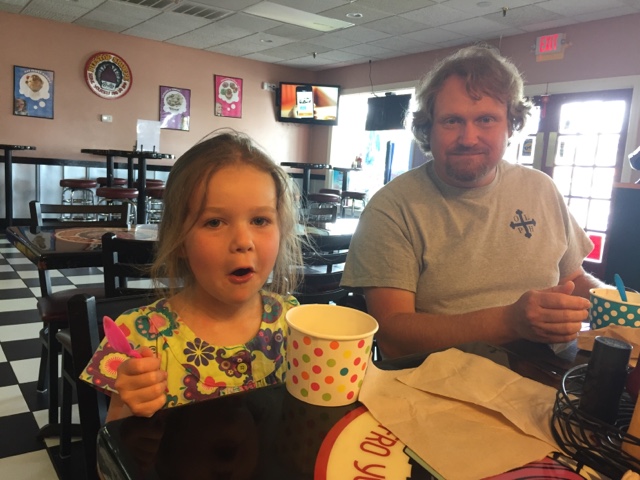 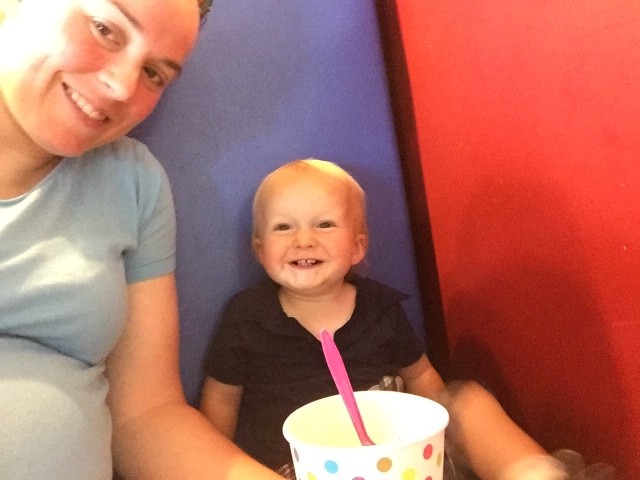 Also on Saturday (before all the crazy sports) we trekked to the Master Gardner Plant sale and got some herbs. Last year I didn't do herbs because.... the year before I killed them by not watering them. This year E is now charged with the watering task. I am much more confident in her watering diligence. We got a few basil because grilled pepper + goat cheese + basil = heartburn city BUT amazing. Also, thyme, oregano and we came home with some dill only because we were told they attract monarch butterfly caterpillars soooooo... sold to the family who needs some more bugs in their life. 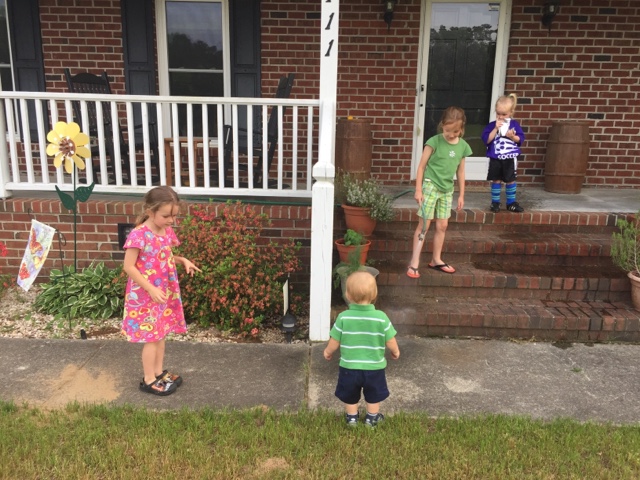 She did lose hose privileges real quick though so now she's stuck with the water can!

A has this thing for brushing his teeth... 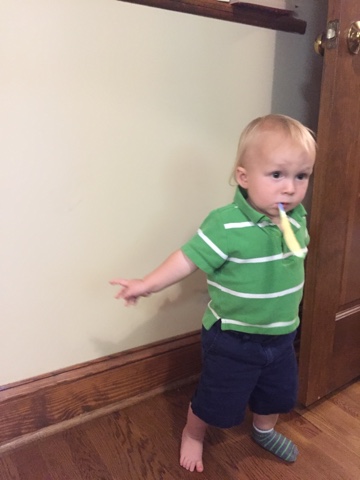 He LOVES it and seeks out his toothbrush after every meal. He may not say much but he understands a lot. Where to put dirty clothes, where to put dirty diapers, when it's time to pray, needing footwear for his feet. Which is why I was halfheartedly hoping he'd be down for giving the potty a whirl. But I think it's not in the cards. 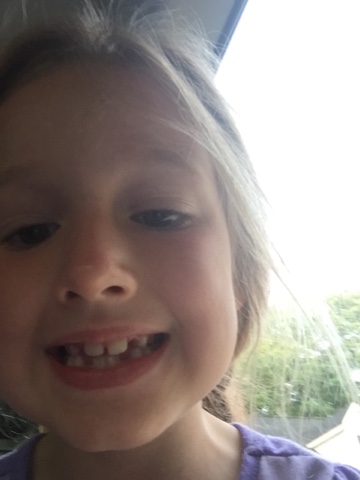 E lost her eighth tooth on Saturday night. It had been super loose for a while. The gold dollar the tooth fairy left her was a bit confusing since in wasn't as shiny as some of the previous ones but we confirmed it was still... 100 cents.

In other total randomness... 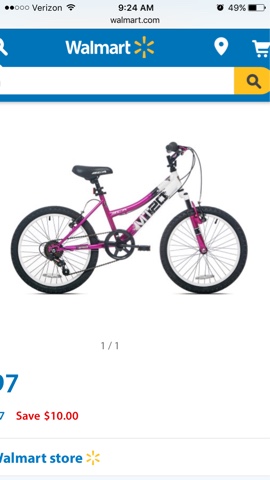 E's got a birthday coming up so we've got to pick up and hide this for a few days... I'm not 100% sure where it is going to get hidden because E takes after her mother when it comes to snooping : ) So I got her number. 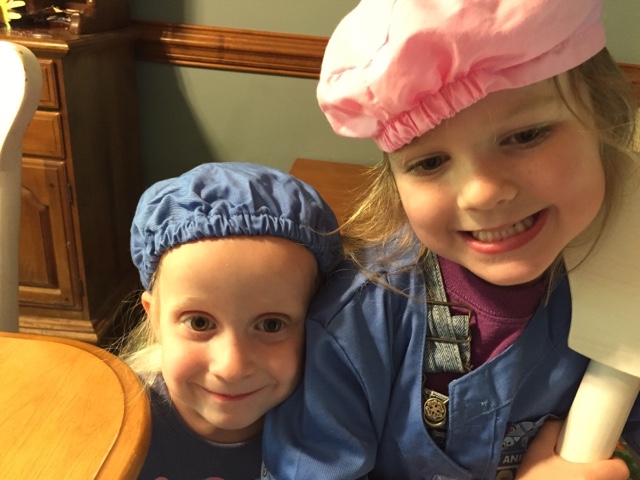 These two have been enjoying themselves and playing really well together after lunch. R keeps telling M that she will be in big school when she's in Kindergarten and then M won't have anyone to play with and she's sorry about that (except A will be here but I don't interrupt the moment) but...

That kind of hurts my feelings the whole all-day-school-thing. I'm having flashbacks to the weeks leading up to E going to K and how I literally had to leave the room and collect myself just so they wouldn't see my crying. K isn't as eminent yet and who knows what postpartum emotions will be hurled at me come August. I'm hoping that now that there aren't nearly the 'unknowns' and 'new things' that I'll be able to hold it together a little bit better. Hopefully....

To prove I can be a cool mom from time-to-time... 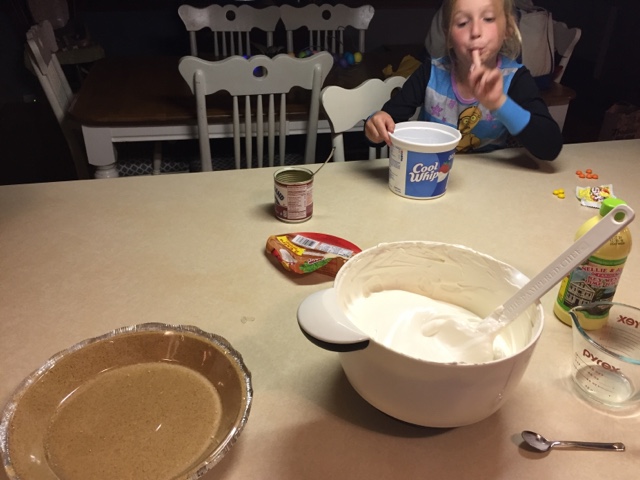 E got to stay up late because she rolled in from soccer at 8 - THANK YOU 7 PM practices! - and eat her dessert and lick the Cool Whip container. She gave the condensed milk a try and nixed it and wouldn't try the filling for the Key Lime pie because well, she's my kid. 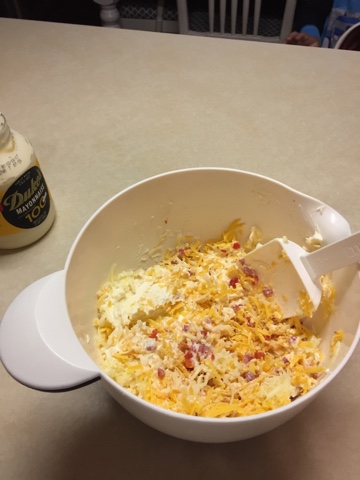 Then there was arguing over the light on/off situation upstairs so I let her (light on advocate) come down and finish her book and then she realized she 'needed' to finish another one. It's May. It's the end of the school year. It's pool season. It's survival mode. 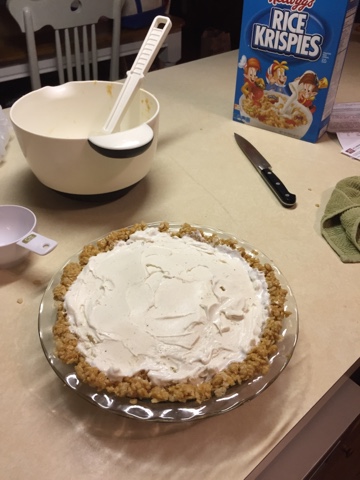 Anyhow, two books later and several recipes later we are ready for a fun company gathering tonight and there's going to be a piñata there and the kids don't know it yet.

Life maybe LOCA most days but seriously wouldn't change all the people - from family, friends, work, sports teams, church members - who make it worth it.
at May 05, 2017