As if the first of the last week wasn't wild and crazy enough it ended something like this... 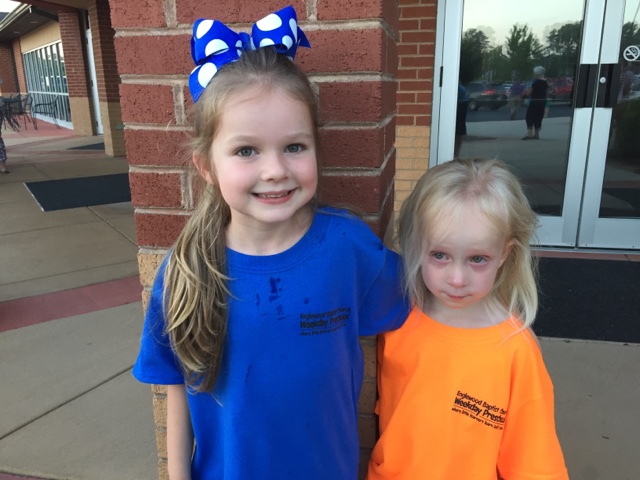 I was disappointed I could not find a construction orange colored bow for M. But whatever. This year there was pizza dinner before which made my life generally easier but you know trying to hustle everyone in the door get seated for pizza and then run to the auditorium to save 4 seats while the 4 kids are eating makes for A+ parenting. More on the end of preschool later... 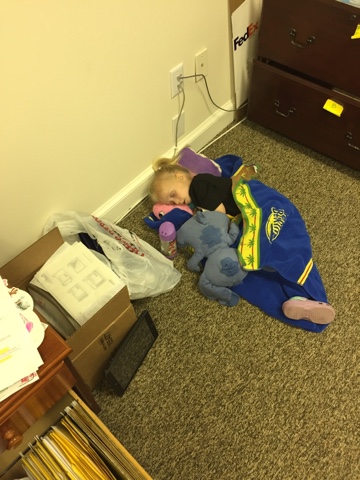 I knew M felt pretty terrible the night of the preschool program but nothing alittle Advil can't handle but the next morning was a different story. I have 4 kids in 4 different places. E at school. R with a friend (because no more preschool - hello complicated next month). M with me. A at school (because thank goodness my life isn't that complicated).

M announced she was ready to leave after about 20 minutes. Then she watched a Daniel Tiger and then slept for 2 hours until it was time to go - yes she must have felt horrible.

Everytime I'd think she'd be getting better she wouldn't. This was a tough cold to kick and Lee and I were so tired of listening to people COUGH and HACK - fortunately we loaded up E and R on vitamin C and they were spared the fevers but not the coughs.

Just to make things REALLY interesting because that week was just comically off schedule for us... 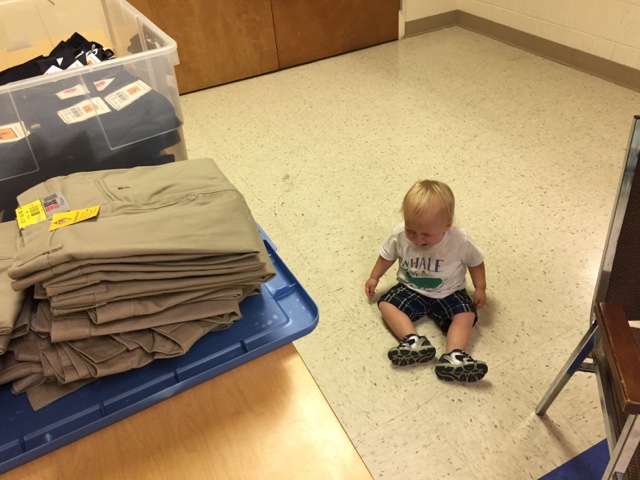 It was uniform fit day at E's (and soon to be R's) school. Fortunately we don't need a whole lot because hello hand me downs but E needed a new jumper (because those get real short real fast) and both E and R needed winter gym clothes because E had worn her little coat out and R deserved a new coat. 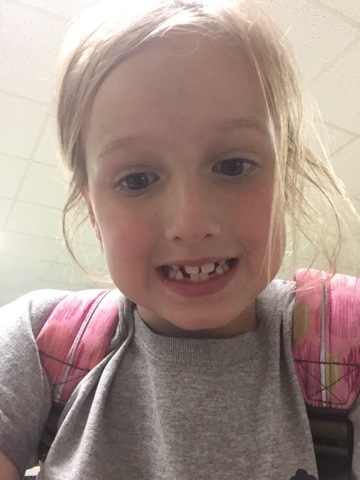 Then I discover E's been taking selfies #likeaboss while A is acting crazy. Finally it is time to go but then I get talking (shocking) to one just one, but 2 new parents to the school and that drags things out much to everyone's chagrin but ASK ME IF I CARE!!!!!!! Nope sorry, talking is what mama's do.

And when we got home they wanted to play with water guns and the sprinkler... again after this week, I stopped caring because we MADE it through the week 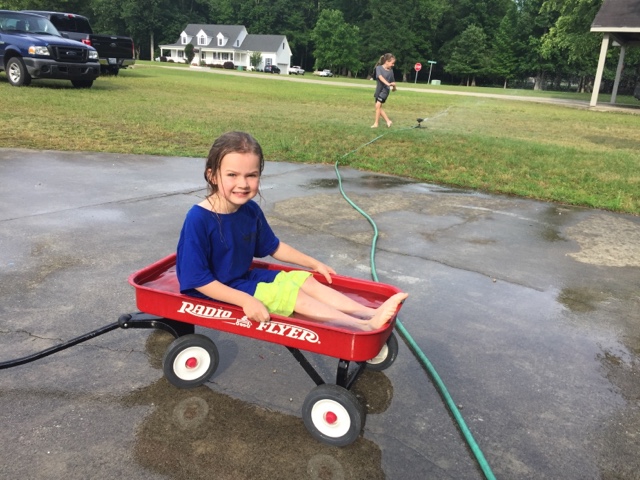 So sprinklers it was 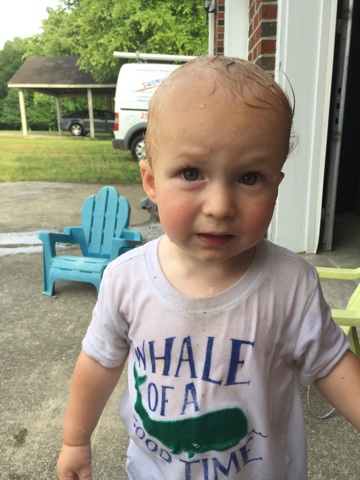 Last time A screamed at the sprinkler but this time it was much more enjoyable. 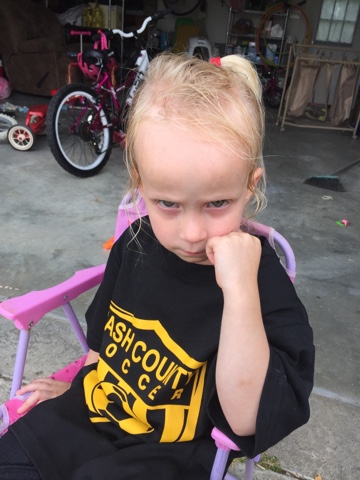 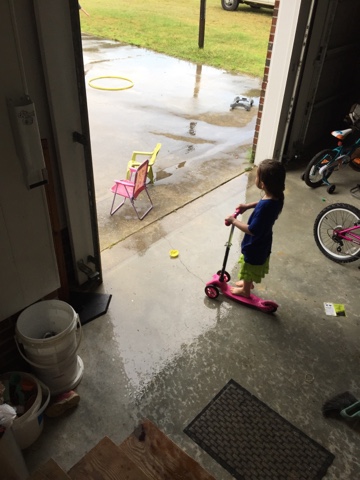 Somehow keep the water out of the garage was slightly misunderstood... but whatever NOT CARING, NOT CARING

R had tee ball on Saturday - no soccer game was schedule which really ticked E off because we've had rain outs and missed things because of conflicts. But E was the most helpful bat girl after being read the riot act due to some behavior at one of M's soccer games 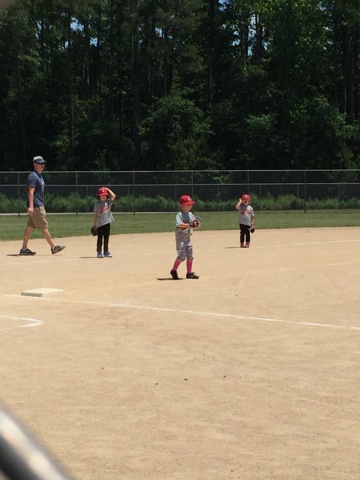 She really does enjoy tee ball so very much 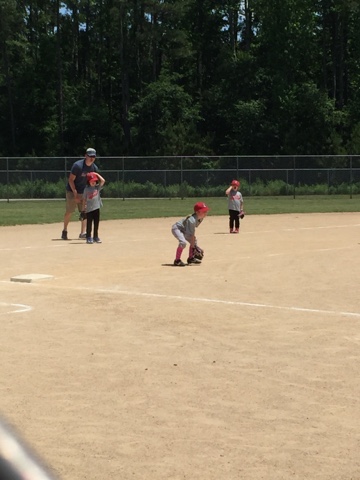 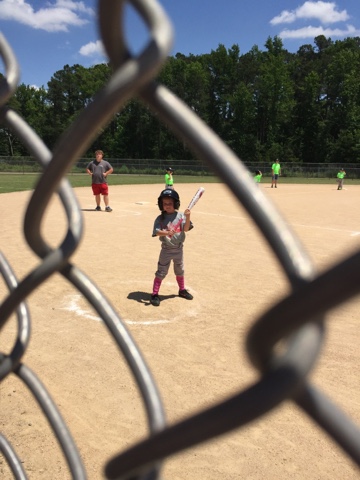 This game she didn't hit as stronger as she has but she's definitely improving!

Our weekend plans were totally whacked out because M still had a bit of a fever and was pretty lethargic so we nixed the trip to Grammy and Grandpa Joe's and Lee worked until 6 Saturday. Sunday we drove separately to church - which I really don't love but we had to. 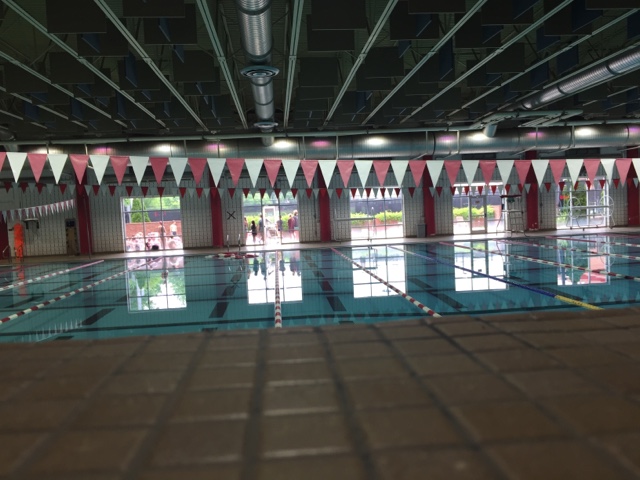 To the NC State pool for an afternoon tune up with 100 other swim friends. 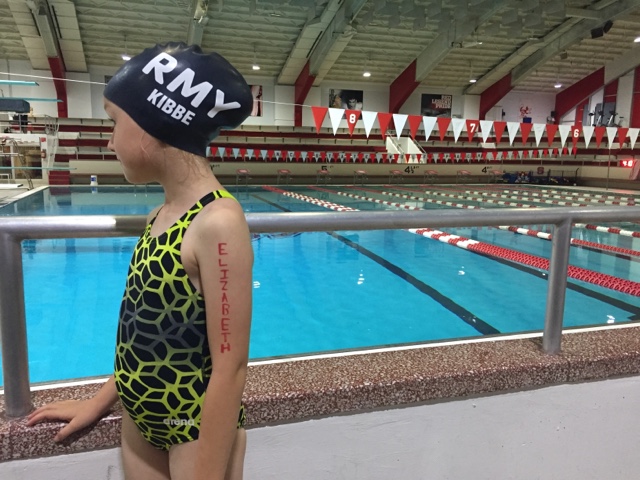 E was nervous and R was impatient. I let her wear her swim cap that she really hasn't earned yet because we have got to get this diving off the blocks thing down. She looks so grown up here 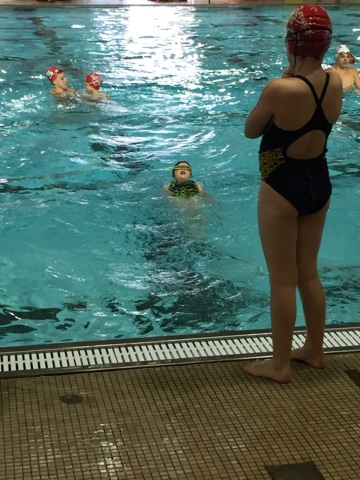 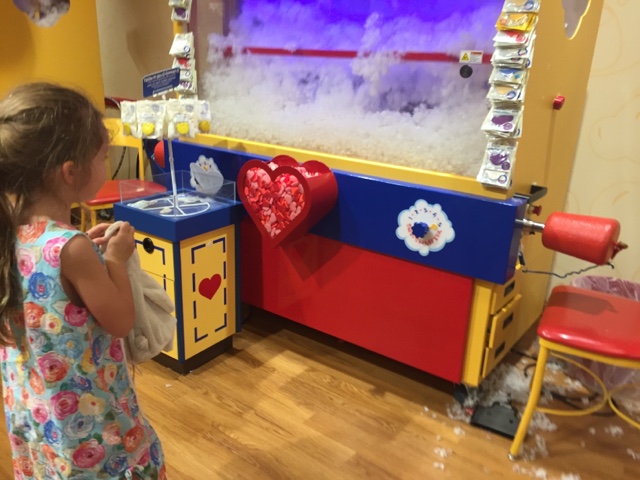 R and I headed to Build a Bear to make a birthday present for a special friend. She was so cute to watch and had a million questions. She made a special recording which I waffled on but I'm so glad I let her make one : ) 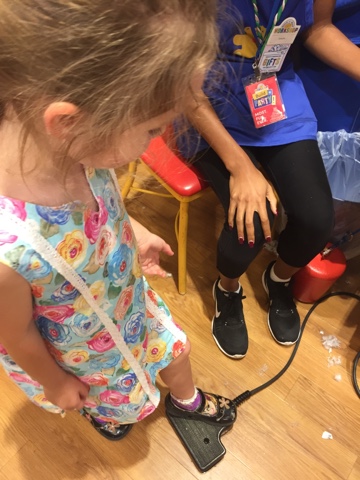 She stuffed Baseball Teddy and this Pony. 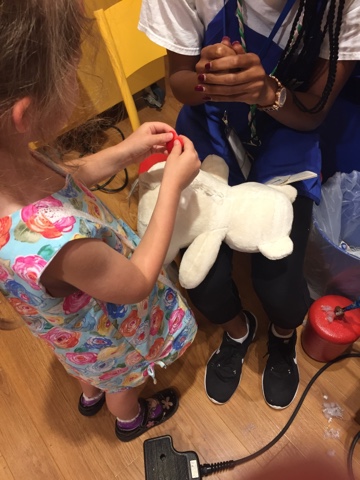 She made a wish and the teddy was sewn up 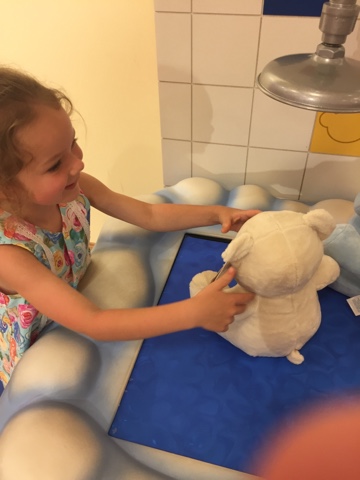 She cleaned him up and got him dressed and that was that.

This week the rain was my saving grace with sanity. I don't think we even went to the ballpark because it rained almost every day but not enough to mess up Lee's work but just enough to get the fields too wet to play.  (not true, M did have one soccer game Monday but the one Thursday got rained out plus R's tee ball practice Tuesday and E's soccer game and R's tee ball game Thursday) 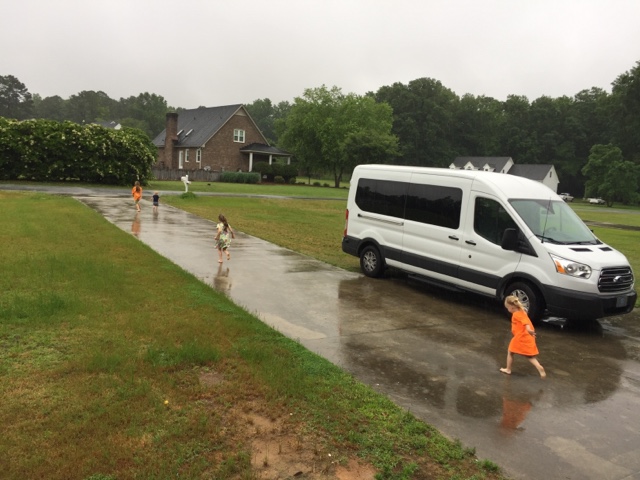 So we just played in the rain instead... 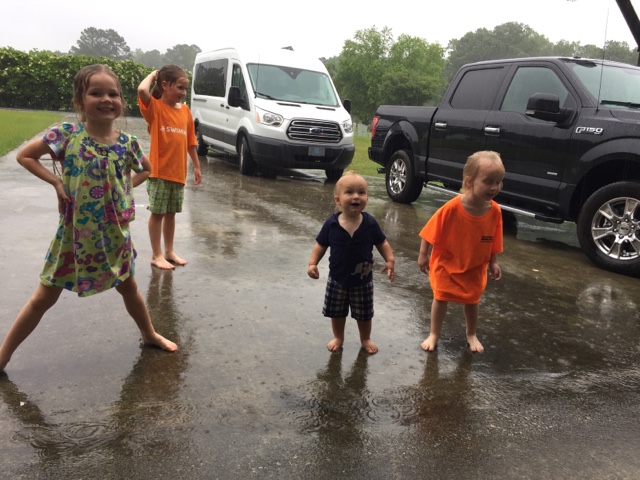 Mental note to self don't leave pile of rain soaked clothes and towel in the laundry basket for a week - it will stink and possibly mold?!?!?! Throw immediately washer and wash. 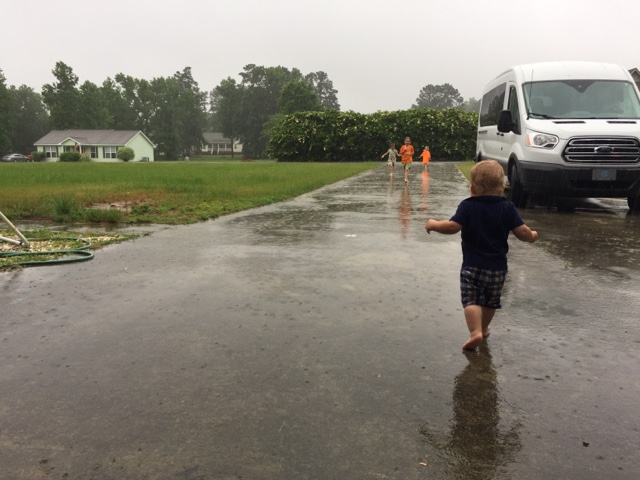