Just a trip down memory lane because I mandate recurring event pictures like this. 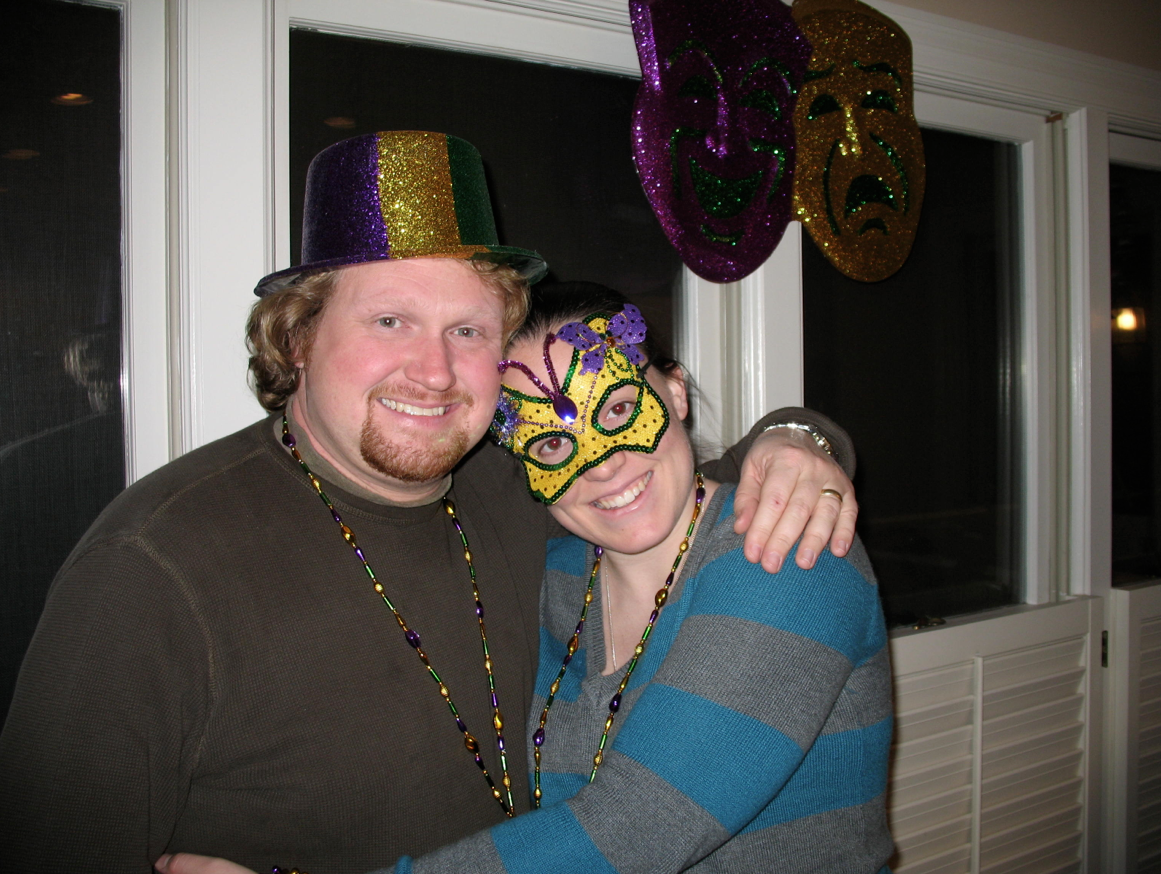 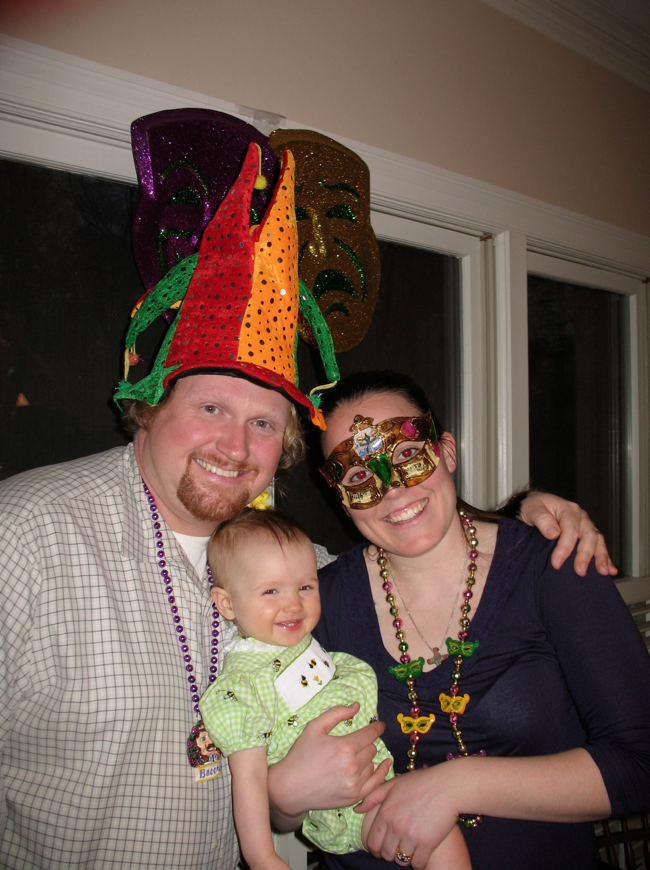 Can you believe this is little E? Neither can I!!!! 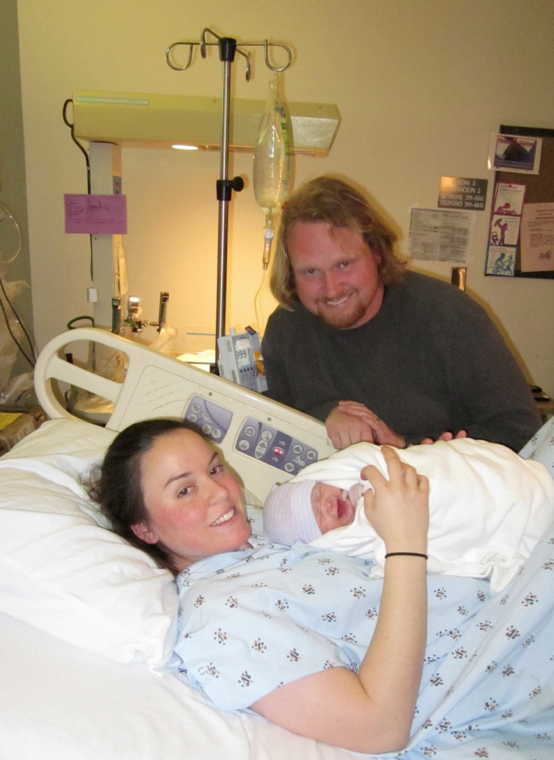 R was born on the eve of the Marti Gras party this year. I had high hopes to get there because the food is amazing but bebe had other plans. Which was fine... I guess : ) 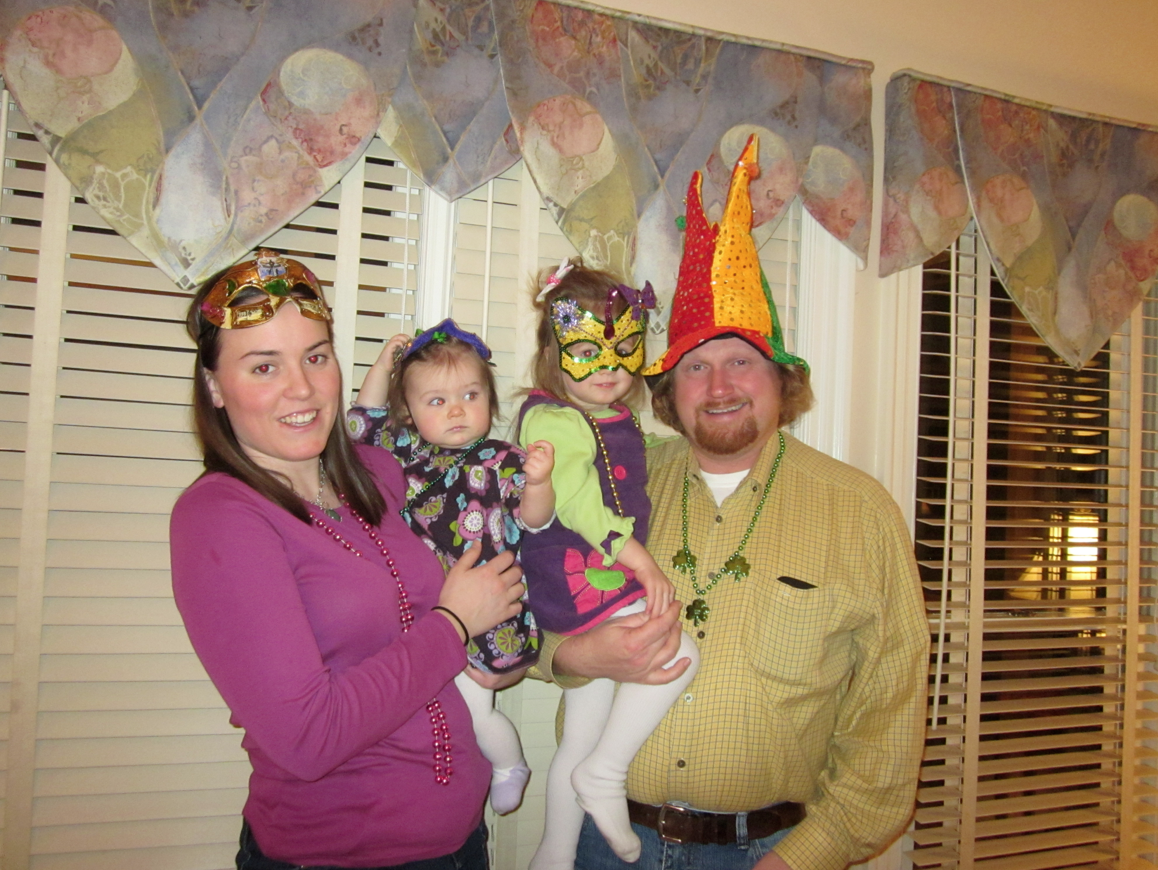 Hey, I just noticed Lee is wearing the same shirt he did last year... Maybe he should revisit other purple or green shirts. Oh and so most definitely pregnant in this picture. 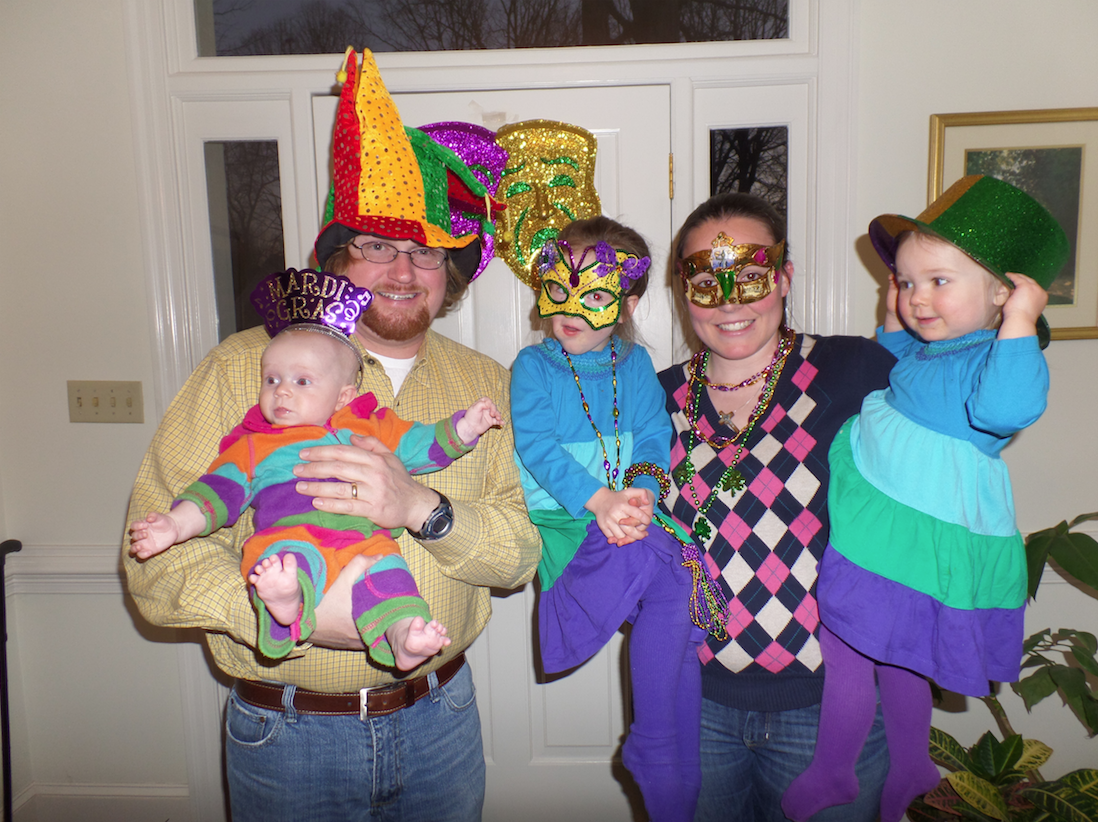 This year's par-tay was a blast. The girls were as well behaved as they'll get when there's a whole bunch of 'strangers' around. The King Cake was AWESOME. Lee should take notes because E got the baby in her cake this year. Well technically the piece that was intended for her had the baby but she wanted a piece with green sprinkles, please. "Next week we'll bring the baby" because who's not up for another Marti Gras party AND another baby... next week? Next YEAR Lee and E are on the hook for the cake and we have the King-Cake-baby to prove it.