--- 1 ---
Ahhh... another successful week. Soccer, sprinklers, friends over for dinner to be finished off with some fireworks tonight at the baseball game. E is super excited. R is sitting this one out : ) Sorry little one.... Maybe next time.


--- 2 ---
Tomorrow is going to be a work day inside and outside the house. Definitely need to get a clean / spring clean done... a while ago but better late than never. Papa is going to be leveling the backyard so I am sure E and R will get a kick out the digger.

--- 3 ---
Some friends of ours are getting married in Chicago this week. Definitely bummed to not be able to go... The girls have stayed (been dumped - that is my phrase not Grammys) with my parents the past two weekends due to a wedding and Catholic conference. I have serious mom guilt over leaving my kids with people whom I am not paying because I know how difficult they have the potential to be. Lee and pretty much everyone else say I need to get over it and let grandparents be grandparents - let's just say I am not there yet.


--- 4 ---
I think I should do a whole post on grandparents. They are pretty much awesome and you know I think they have a pretty sweet role too. AND I am secretly a little jealous of E and R because they have been able to see their grandparents so much more than I ever will/did. They will have special little relationships with them and due to where we lived in relation to my grandparents - for Uncle Kev and I we saw / see our grandparents once a year maybe? E and R are fortunate little girlies and I will not let them forget it... Grandparents post to come 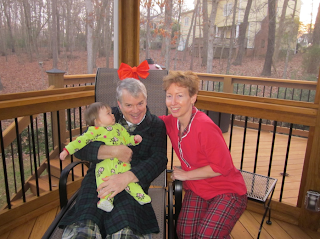 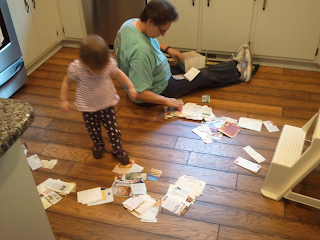 --- 5 ---
Now about this Catholic conference... the kid policy is 'only nursing children' or over the age of 10. I heard some years it was enforced strictly and this year it was not... I am glad the girls did not come because they would have been bored BUT hello!!! Next year let's get a kids area set up with high school/college volunteers who need volunteer hours and parents and have a little coloring/craft area.  Everyone person I talked to about it at the conference thinks it is insane. COME ON PEOPLE, NOT ALLOWING KIDS IS ALMOST CONTRADICTORY TO THE CHURCH'S TEACHING ON CHILDBEARING / CHILDREARING... How do you expect a family who has a bunch of kids to come to the conference if they cannot bring their kids? Okay rant over... seeking to change policy soon.


--- 6 ---
Lee and I went out for dinner Saturday night after R was in bed and E was well on her way. This little Tacos and Tequila place up the street from my parents was really cool. The Mount does NOT have restaurants like this. Anyways, the service was quick, there was a trumpeter randomly walking around, there was some human statue woman who randomly moved - I think they said it was a Colombian custom. It was nice. I think we talked about the girls at least 50% of the conversation.