7 Quick Takes - You Know Your Pregnant When Edition

--- 1 ---
2.5 seconds (not really seconds but within a day) after finding out I was pregnant (which I have known for a while) I had about 10 people over about 5 days tell me... "Don't you think its about time for y'all to have another one?" Now, how to answer said question when you have no intention of telling anyone for another 2ish months? {Awkward laugh} "We'll work on that..." - wore that line out for a few months. 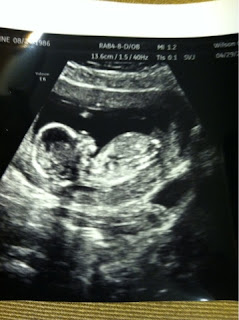 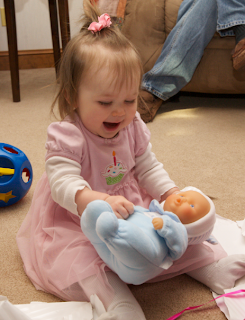 --- 3 ---
Getting a bit teary eyed when E sings her 'Zaccheus was a wee little man, and a wee little man was he. He climbed up in the sycamore tree..." Fortunately I gotten past the insane hormones when she does bust into song.


--- 4 ---
Speaking of those crazy hormones. Remember the Father-Daughter Dance from that wedding. I blame my reaction 10000% on the preggo hormones... thanks alot.

Lee's Dr happens to be his brother's father-in-law. His brother is A. ridiculous and B. thinks that we need to have a child per month so we can have birthday to celebrate each month. Clearly he is promoting his craziness to his father-in-law. When I asked my sister-in-law about it, she claims there is no correlation. Can't say I believe her though.

On that note, I think if I were ever asked that question I would say 'No we're actually trying for a baker's dozen.

Nurse - 'Were you planning on getting pregnant?'
Me - 'We weren't trying not to'

Doctor - 'Don't you know where babies come from?'
Me - 'Yeah I think we got that'

{To our super great neighbor.... aka the boys mama up the street who is due 2.5 weeks before me}

{We got a kick out of it. I was probably bright red with embarrassment. Really E, these are our only fan-tabulous neighbors}

A. I am coaching 3 yr old soccer... Okay people, you now have no excuse not to. 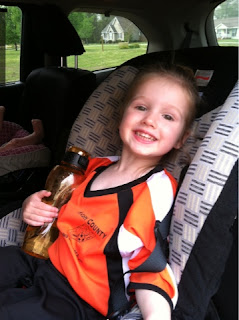 B. We went to the zoo... Oh man. That was crazy. Thank goodness for Grammy. {still have not done that dedicated post yet but the content is totally there I promise}

C. We went to a wine tasting... Yeah, never going to one of those while pregnant. EVER AGAIN. I was pretty miserable.

D. I signed up to run a .5 marathon... Yes, I knew I was pregnant when I signed up... Definitely too much of a cheap-skate to sign up for something and then not be able to do it. So I will have to get myself in gear soon after numero 3 makes the debut.

E. For everyone's amusement and entertainment I will be keeping a running list of name suggestions. Currently my sister-in-law (she crazy too... as you probably have gather from the previous points) has texted me at least 30 name options/suggestions. Now if you don't know, we're not the Duggar's with all the names starting with the same letter. I needed something a little less obvious SO somehow I convinced Lee that we should name the kids with the same first and middle initial... EEK and RRK (Lee's dad was an RRK so it is definitely relevant). I'll get the list going in the next few weeks. There are some goodies on it : ) Oh and the names are set and have been, so there will be no swaying or last minute delivery room decisions!