Answer Me This - Volvos, The Letter Y and Christmas

Back to the ole blog because Edel is over…

Can I pick two? Of course…

I've liked this one from way back when E would come to the store with me and want to watch Elmo on YouTube. And this one came about last Christmas which was awesome because I was SUPER post partum hormonal and needed a happy reason to cry. 2. Who taught you to drive?

My Father Dearest did… I learned on a 1994 (correct me if I'm wrong) Chrysler Van. It was not a manuel and Lee did make one single attempt to teach me to drive stick and that did not last long (and I'm kinda okay with that). That van would have been my first car had the brakes not been SUPER sketchy but then this was my car: 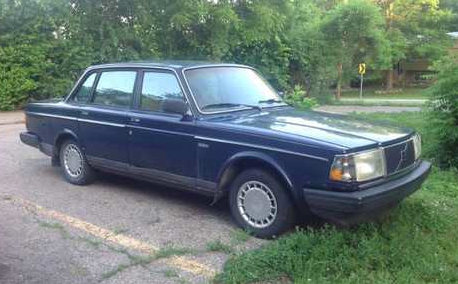 yeah… maybe Kendra will have to specifically ask if a question regarding car accidents to get the details on that one.

3. What’s your favorite thing to cook?

Banana chocolate chip bread. Frequently we have nearly rotten bananas and then if gives me something chocolate in the house and since it has bananas in it, I feel slightly less bad about eating  several large pieces in one sitting.

Non. So non. I have no idea. I promise I can cry at the drop of a dime but hugging is not my thing (except when Lee (and the kids) are involved and I can barely get a squeeze once a day).

Oh and E thinks it is hilarious when at the end of the squeeze Lee and I 'kiss lips' (because only married people get to do that, right?) and if we don't for whatever reason we get quizzed 'how come y'all didn't kiss lips?'.

In the chapel, in our house, right before we rush out to school and work. Awhile back I instituted family prayer time before school. At first it was semi-sporadic but then on days we did not go pray I felt flustered and not centered. Now we pray before leaving for school at all costs - even if it causes us to be a few minutes late. 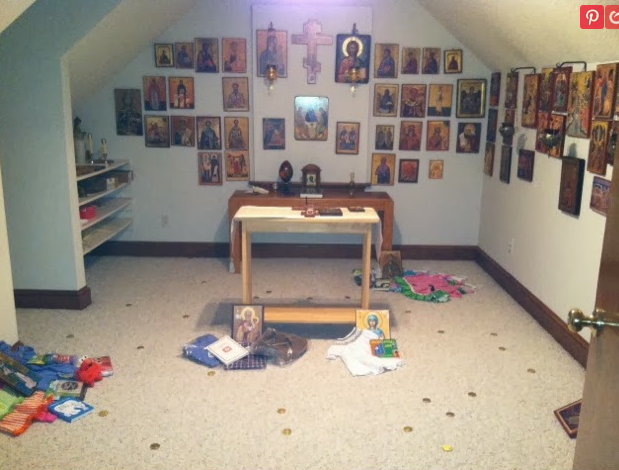 Normally there is not gold chocolate coins strewn about and piles from St. Nicholas… Just once a year. Or to our hotel room. Or back in 2011.

6.  When is the last time you saw/spoke to your grandparents?

Soooo… we took E to visit my maternal grandparents back in 2011. That was a good trip and my grandma gave E a toy that I used to play with and now it is at my parent's house. Kinda cool. But we have not been back. I would go if it weren't 8 degrees when we went. Seriously we left for church that Sunday morning and it was so so so cold my Southern bones did not cope well.

We have taken the girls to my paternal grandparents spot at Arlington National Cemetery. We've been a few times and I think we'll actually use the parking pass next time instead of hoofing it on the Metro because it is a LONG walk and inevitably it rains.

Email ThisBlogThis!Share to TwitterShare to FacebookShare to Pinterest
Labels: answer me this, Edel Gathering, sesame street