On the third week of Advent the Kibbes learned dee... dee... 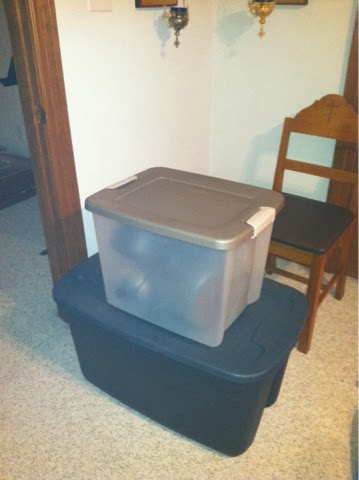 Here is our stuff that we set out for St. Nicholas - "to take to his friends who don't have many toys" - so we kind of got the point across to E. She had one last run with one of the toys before she went downstairs after our (abbreviated) Vespers service. I did not take a picture of everything laid out - lest anyone be offended by the things we were giving away - trust me though it was nothing sentimental of course! I vetted all of E's 'contributions'. 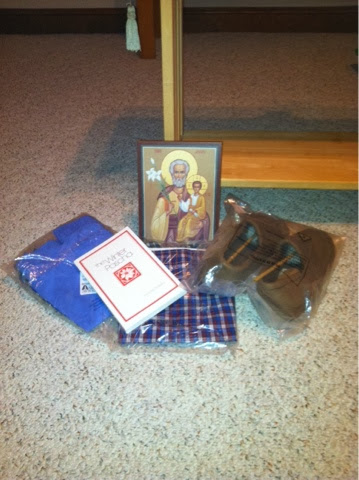 I the process of laying out everything I realized I should designate whose things were whose... For E and R's sake (obviously mine and Papas are a giveaway). They know which saint in the icon is 'theirs' so that's how I did it. I think its a pretty neat idea... Anyway, Papa was given some new boxers, slippers and The Winter Pascha. 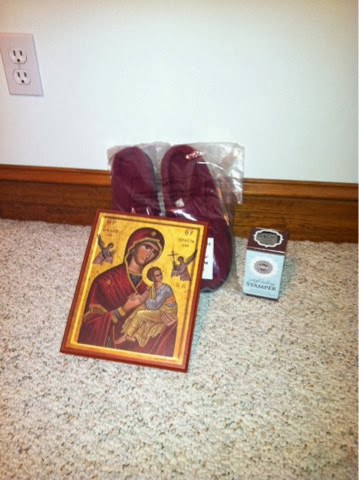 E has 'my' icon so I figured Mary is the next more appropriate icon for me... Though I believe one of the Myrrh bearing women who go to Christ's tomb on Pascha (Easter) morning is named Joanna but that's neither here nor there. I got some slippers and this really awesome address stamper so I don't have to write our address 150 times on Christmas cards or use a printed sticker. I super pleased with it! 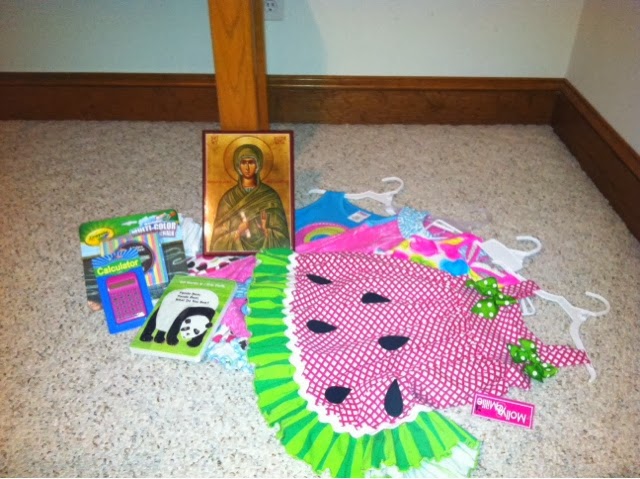 E got a few outfits for the spring and a new bathing suit, chalk (most inexpensive entertainment for my girls), Panda Bear what do you see book and (drumroll) a calculator!!! 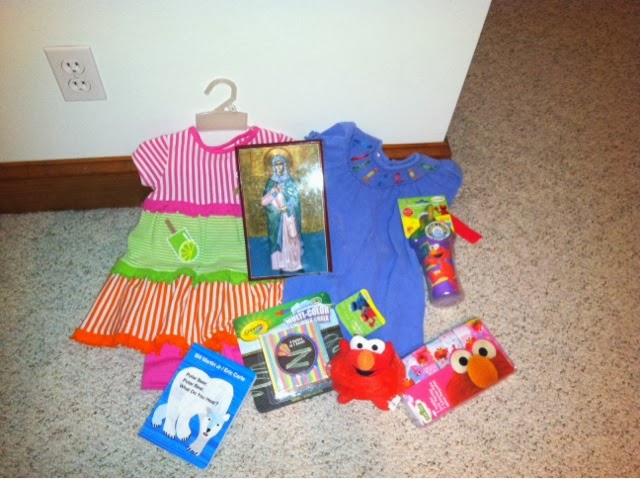 R got a few outfits - even though she really does not need them. The crayon dress was a steal and I think it would be super cute for 2 yr old class next year : ) Let's see... a new cup because she is obsessed with her cups, big girl undies (Elmo of course)... come on potty training, chalk, the polar bear book and an Elmo bath scrub 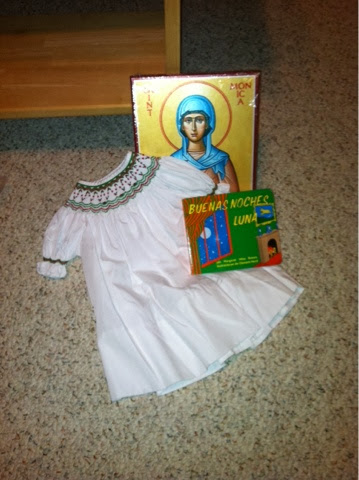 St. Nicholas brought M an icon of St. Monica, a Christmas dress and GoodNight Moon since her big sisters have a habit of eating/consuming/gnawing on books and then they get destroyed. Hopefully she will not follow in their footsteps even though I know she will. 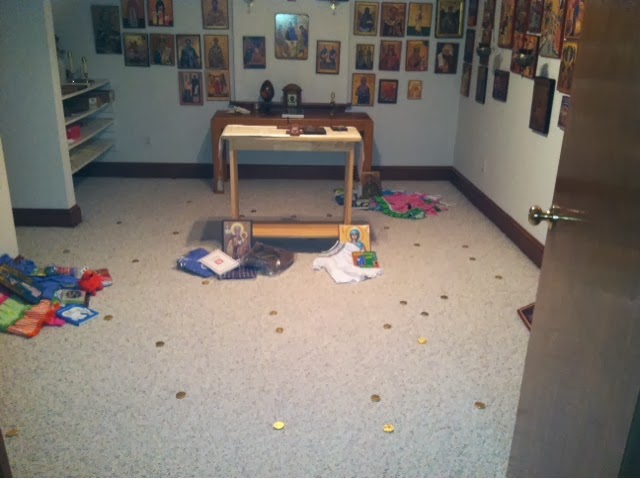 No St. Nicholas day would be complete without golden coins (or chocolates in this case). Here is the story behind St. Nicholas (taken from Catholic.org)

"His parents died when he was a young man, leaving him well off and he determined to devote his inheritance to works of charity. An opportunity soon arose. A citizen of Patara had lost all his money, and had moreover to support three daughters who could not find husbands because of their poverty; so the wretched man was going to give them over to prostitution. This came to the ears of Nicholas, who thereupon took a bag of gold and, under cover of darkness threw it in at the open window of the man's house. Here was a dowry for the eldest girl and she was soon duly married. At intervals Nicholas did the same for the second and third "

St. Nicholas and his good deeds are not a legend or anything like that. He was an actual man who actually did this. Everything/everyone that has morphed St. Nicholas into this jolly fat man who slides down chimneys is just silly/crazy - which is why St. Nicholas comes to our house on his feast day and not reindeer for our fam-mee. To read more about St. Nicholas and how he slapped out (literally) the Arian heresy of the 4th century click here. 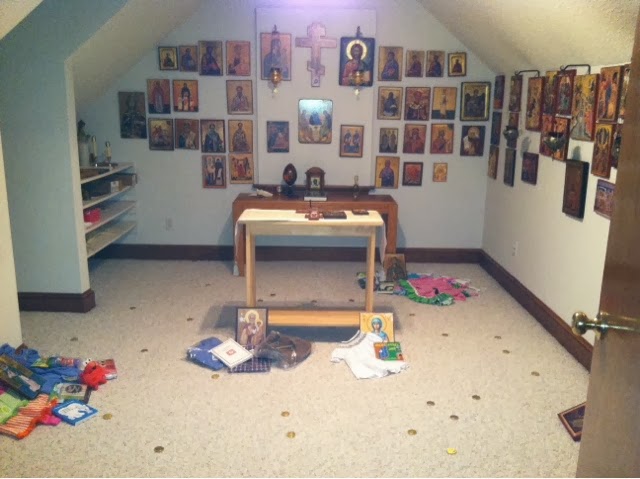 Oh and St. Nicholas came by with some beautiful looking and smelling flowers : ) 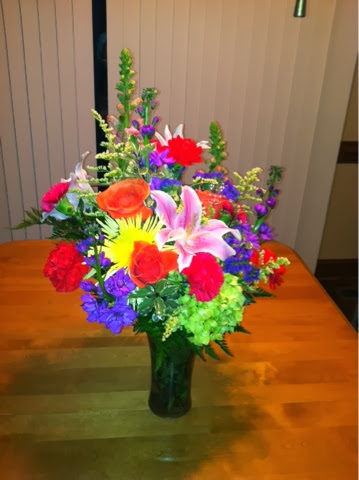