So this post has been in the works for more than a few weeks and I really ought to get it out there so  I can remember how the soccer season really went down this spring and maybe look back and think - hey you are totally insane or hey you totally survived so why not do it again. Also, reading Susan's post about three of her six boys playing baseball may have helped jog my memory about Spring Soccer SeasonS 2015 : ) 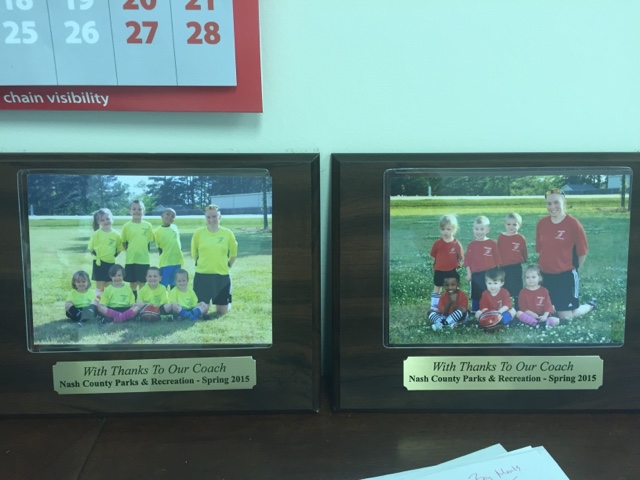 Forever to be remembered... Also know as office desk decorations : )

Somehow, somewhere in the depths of my mind I convinced myself that it would be a reasonable idea to coach both E's (4-5 yr olds) and R's  (3 yr olds) soccer teams this spring. M wasn't 100% walking yet. Papa would be home to watch M. I mean I was 8 weeks pregnant.  I've done it before - a little bit pregnant, very pregnant and very much not pregnant. I'd be able to schedule E's practice right before R's so that we could escape two nights out at the soccer field - at least for now. The fields are a mere two - no make that solid five - minutes from our house (learned that one the hard way!). Totally reasonable.

VERY early on I realized that getting ready 2.5 minutes before practice was a terrible idea so: 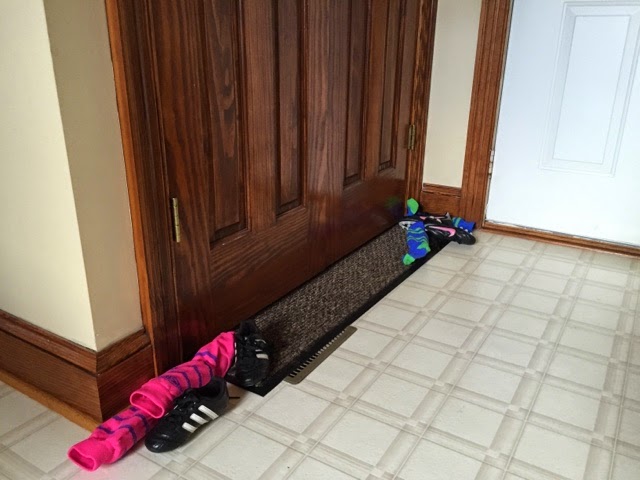 Two sets of soccer socks and two sets of cleats laid out WELL before the necessary 5:05 departure time. 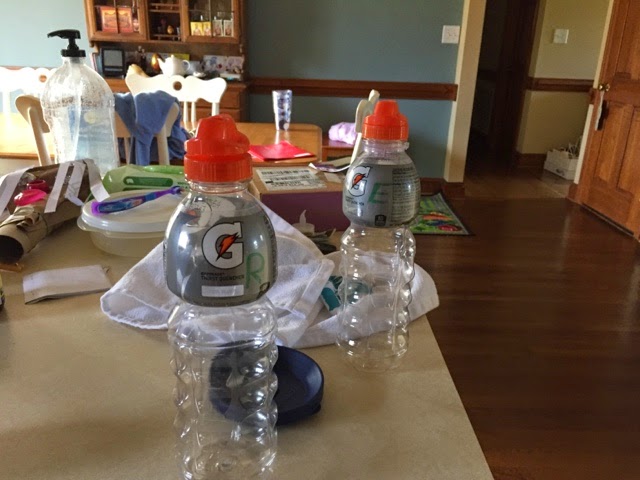 Also, getting the water bottles set and watered-up also crucial lifesaver as we are hauling it out the door. 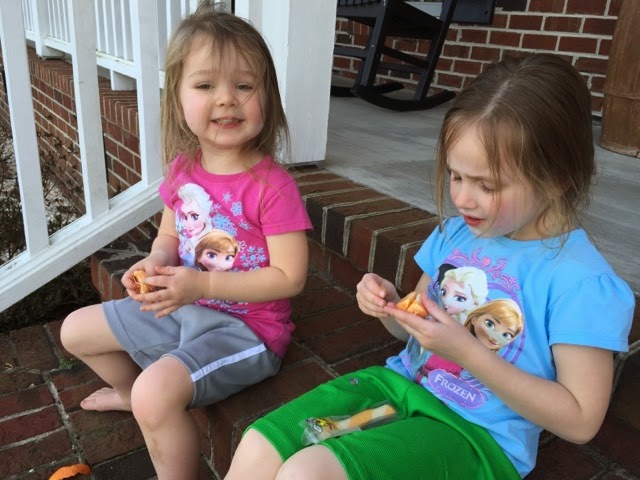 Reasonable, fruit and cheese snack BEFORE the practiceS started because really we'd be there at the fields for 90 minutes right at the cusp of dinnertime so semi-decent snack was useful. NO WATER though. We checked for potty needs after socks and cleats were put on because I cannot stand public restrooms and bathroom breaks weren't really scheduled in but E did go by herself a few times which temporarily tore up my nerves (not for the germs but for the independence) BUT she came right back. 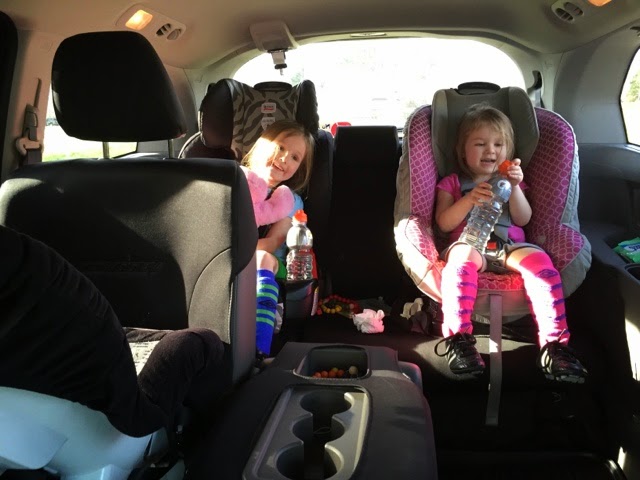 Please note M's carseat is EMPTY because she stayed at home with Papa during the early part of the season which was IMMENSELY helpful and my dreams of him being home or at least at the field at 5:15 in late-April and early-May were just straight up fantasies. Fortunately Jibbe (my MIL) came to the rescue on multiple occasions but it was FAR from the ideal. When M was out there she wanted me and only me to hold her and other parents tried to take her to the swings or give her a snack but most of the time she wasn't buying it. I remember standing out there coaching E's team and R was melting down and I was holding M like a football and I was 3.5 months pregnant and I saw Jibbe's car turn the corner and I probably shed a tear. Most practices weren't like that but there was one or two really tough ones that may have broken my spirits about powering through the season until the end. 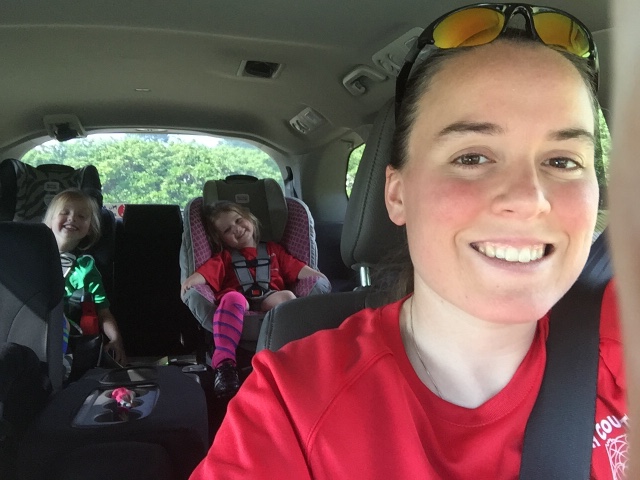 I learned a more than a few things this season.

1. Going from coaching 4-5 yr old and turning around and coaching 3 yr olds will make you ask yourself WHAT PLANET AM I ON? I coached 3 yr olds for 3 seasons and I must have forgotten how quick their attention span is and how much they (most of them) LOVE shouting the team name as frequently as possible

2. MOST 4-5 yr olds don't like to be subbed out so when you have 7 on your team and only 4 kids play at a time that can be a bit dicing when everyone comes

3. End of game snacks and drinks motivate kids of all ages : )

4. In hindsight, I really needed to end the first practice about 5 minutes early so I could catch my bearing and refocus on the 3 yr old practice/game


I few things I will not miss:

1. Being out in the SWELTERING heat on Saturday mornings 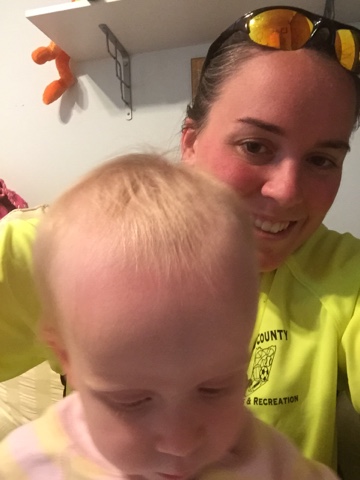 Maybe this May was just hot but I would have much preferred 9 am games to 11 am games. M would have appreciate some sunscreen!

2. The van being loaded down with soccer stuff: 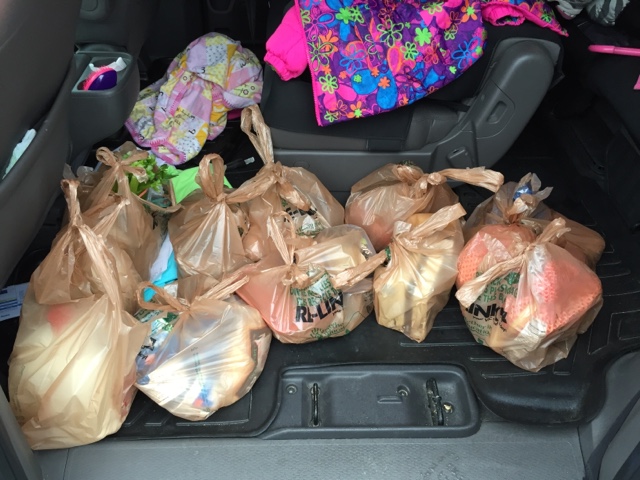 When you have to load groceries here... 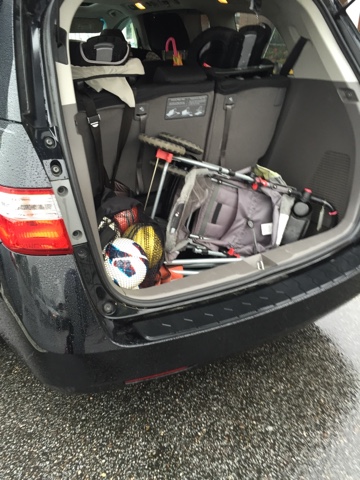 because the proper location is packed with soccer survival supplies

Since the van seating will be reconfigured here in the next few weeks (ugh! - first world problems I know, I know - I'll hush!)  I'll be loading groceries in the front seat with me if I cannot remember to take out the soccer gear BUT that means it has to be put back which is a TOTALLY separate hurdle.

I do miss soccer season though... 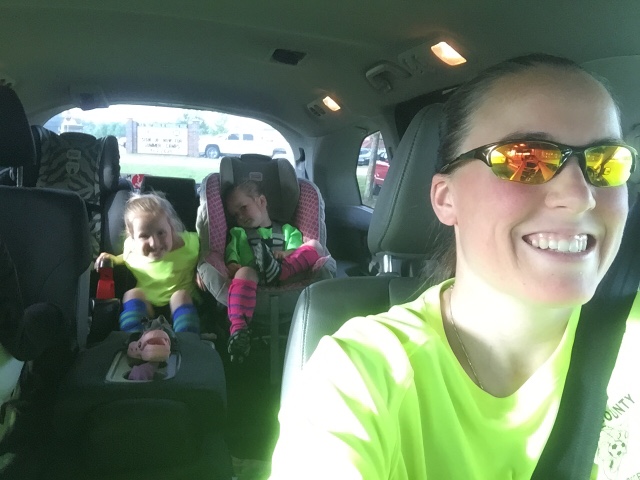 As crazy as it may be. All the begging my geologist 3 yr olds to quit playing in the rocks and dirt and running circles around the 4 and 5 yr olds because they think it is hilarious playing them (the Leopards) vs me (the Slug). There is something about putting on my cleats (did that for the first time this season and won't be turning back) and doing something that I ENJOY (yep you read that right, I ENJOY and HAVE ENJOYED playing/doing/participating in since I was 5) is fun - despite all the riga-ma-roll that goes along with it. At the end of the day when the late dinners have been eaten, the showers have been taken, the prayers have been said, the kitchen has been cleaned and the sleepers are sleeping - I wouldn't trade the craziness for an afternoon at home. It almost seems selfish of me because in some ways coaching soccer is 'my thing' or 'my outlet' - I CHOSE to do; it just so happens there are a dozen or so kids that benefit.


A view from the laundry room after the last game. The cleats and shinguard were brought upstairs until the next go around - which is really only one month away. 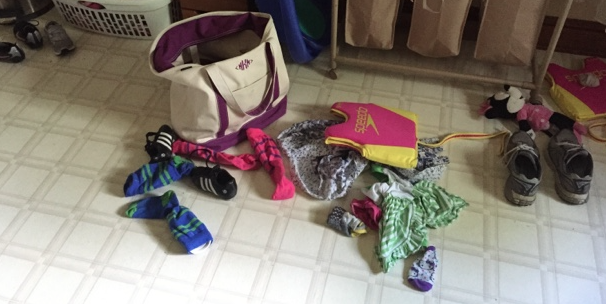 Cleats mixing with lifejackets = overlap of swimming and soccer


So while the mantel is decorated with trophies from last season... 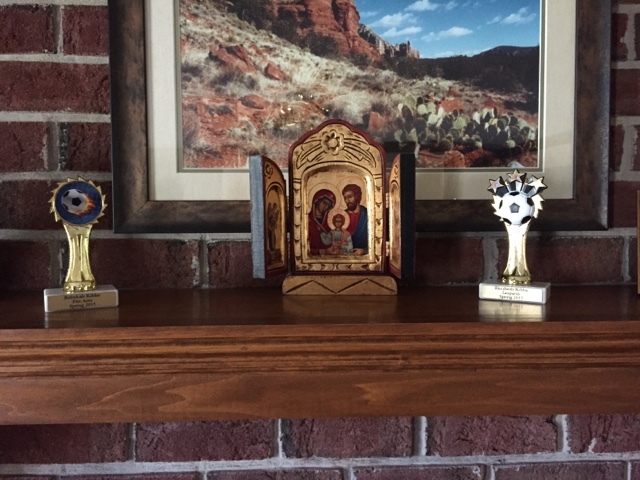 There's already talk and much anticipation about fall soccer.
at August 01, 2015

Email ThisBlogThis!Share to TwitterShare to FacebookShare to Pinterest
Labels: answer me this, crazy day, Honda Odyssey, life with kids, soccer, things i think